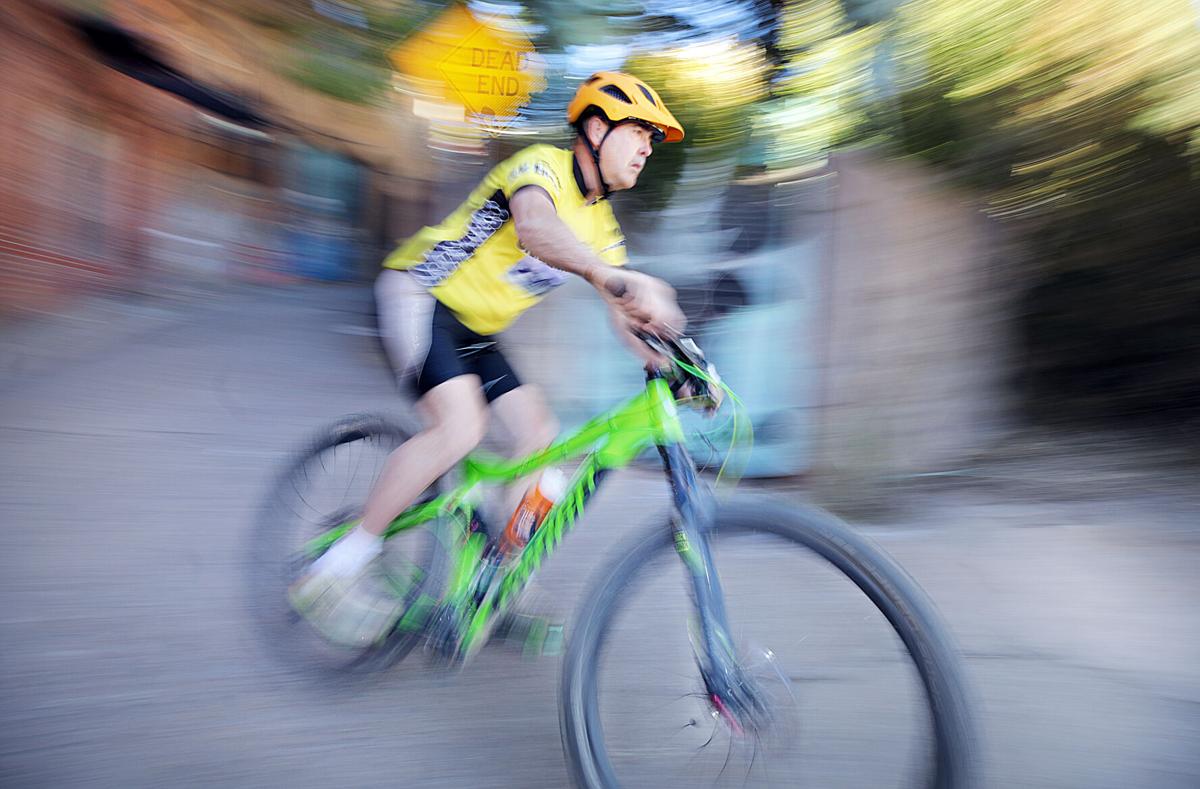 Cycling enthusiast Neil Barrett runs through a portion of the sometimes demanding bike route he came up with last week in Old Bisbee. 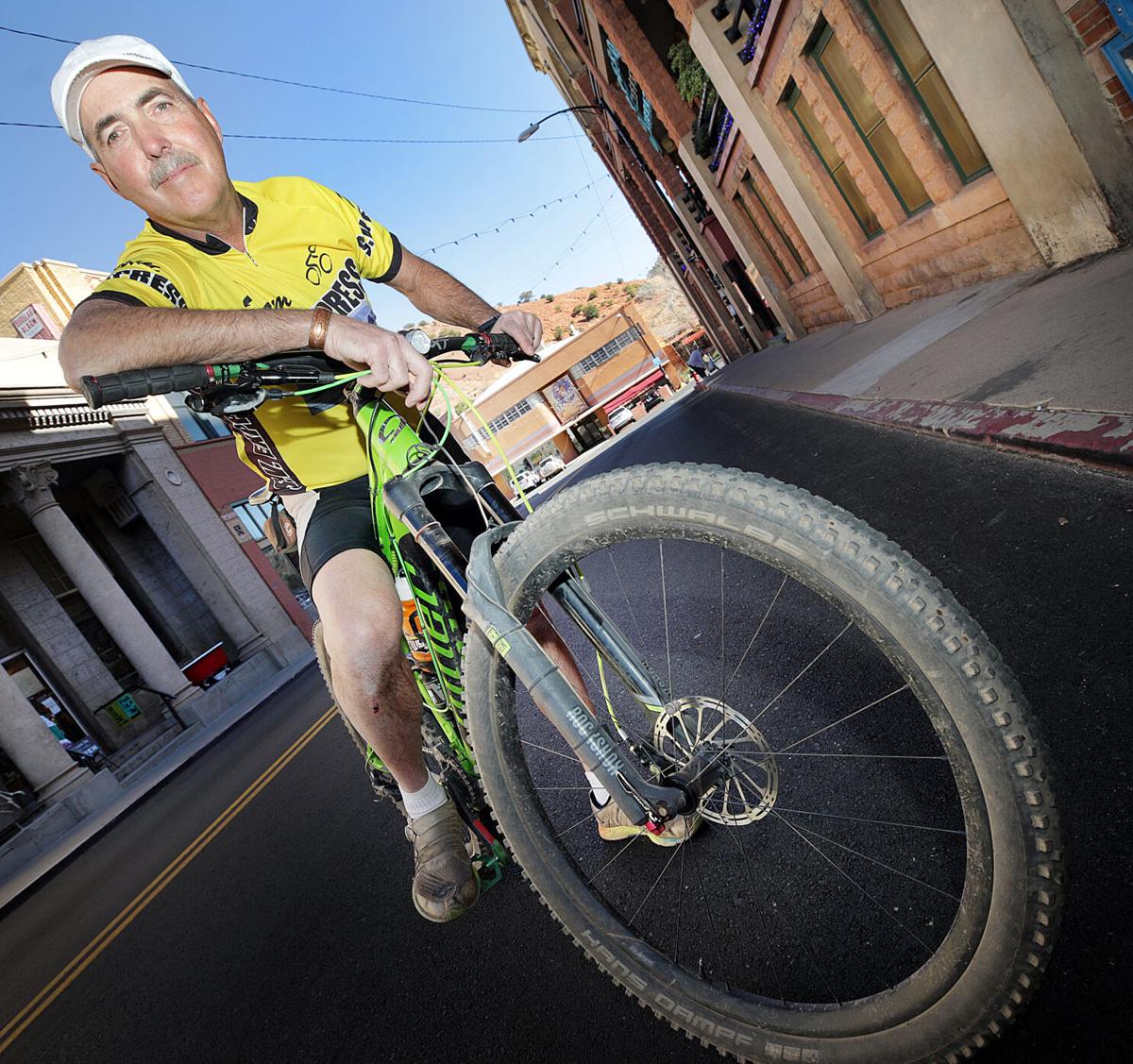 Cycling enthusiast Neil Barrett runs through a portion of the sometimes demanding bike route he came up with last week in Old Bisbee.

BISBEE — The mile-high city attracts many visitors for many reasons and now there is one more — the Bisbee Crank Bender, a series of challenging mountain bicycle routes up and down Old Bisbee’s roads.

Mel Barrett, an avid cyclist and native of Cochise County, has enjoyed visiting the town and purchased 20 acres of land just west of the Mule Pass Tunnel where he and his wife spend their weekends away from the hubbub of Sierra Vista. As retirement approaches, they look forward to building a new home and spending more time in the town they have grown to love.

On his bike trips around town, he discovered the unique architecture, incredible art, statues and the beautiful canyons.

“This town is so beautiful and people don’t get to see it,” he said. “Bikes are a great way to get around and discover new things. This is a different way to tour Bisbee and get exercise while seeing the sights.”

So, he formulated Bisbee Crank Bender, a series of routes on public roads that take adventurous cyclists from the hub at The Bisbee Coffee Co. in the heart of downtown on Main Street crisscrossing the historic district, and for the hardy, up Old Divide Road above Mule Pass Tunnel.

Those who still have some leg strength left can take Juniper Flats Road up to the top of the hill for the incredible view encompassing an enormous portion of southern Cochise County. GPS helps keep people stay on track.

Barrett recommends mountain bikes for the various routes and noted some hills may require pushing a bike up a hill. Three of the roads have a 27 percent incline. Wide, soft tires are recommended as some roads may have gravel on them.

Since many of the roads are narrow, it is wise for cyclists to be aware of vehicles and take precautions on downhill glides, he said.

“It’s important to check your brakes,” he added.

The five routes cover a total of 18.6 miles and can generally be done in just a few hours.

There have been a few people who have taken the routes and he said he was getting good reviews.

“People can come here and take a few routes the first day, explore Old Bisbee’s great restaurants and shops and spend the night. Then go out the next day and ride the rest,” said Barrett. “It would be a fun overnight stay.”

Bisbee, the eclectic, beautiful, mining town in the rugged hills of southeastern Arizona offers a unique bicycling challenge, the Bisbee Crank Bender. It’s not a race or an event, it’s a route to ride all the challengingly steep public roads in Old Bisbee. Three of the roads are greater than 27 percent grade. These are the crank benders.

Expectations: Fast is under 2 hours, normal 2 to 5 hours. Be prepared to walk some of the steeper hills.

Maps of the routes are available at: https://sites.google.com/view/bisbeecrankbender