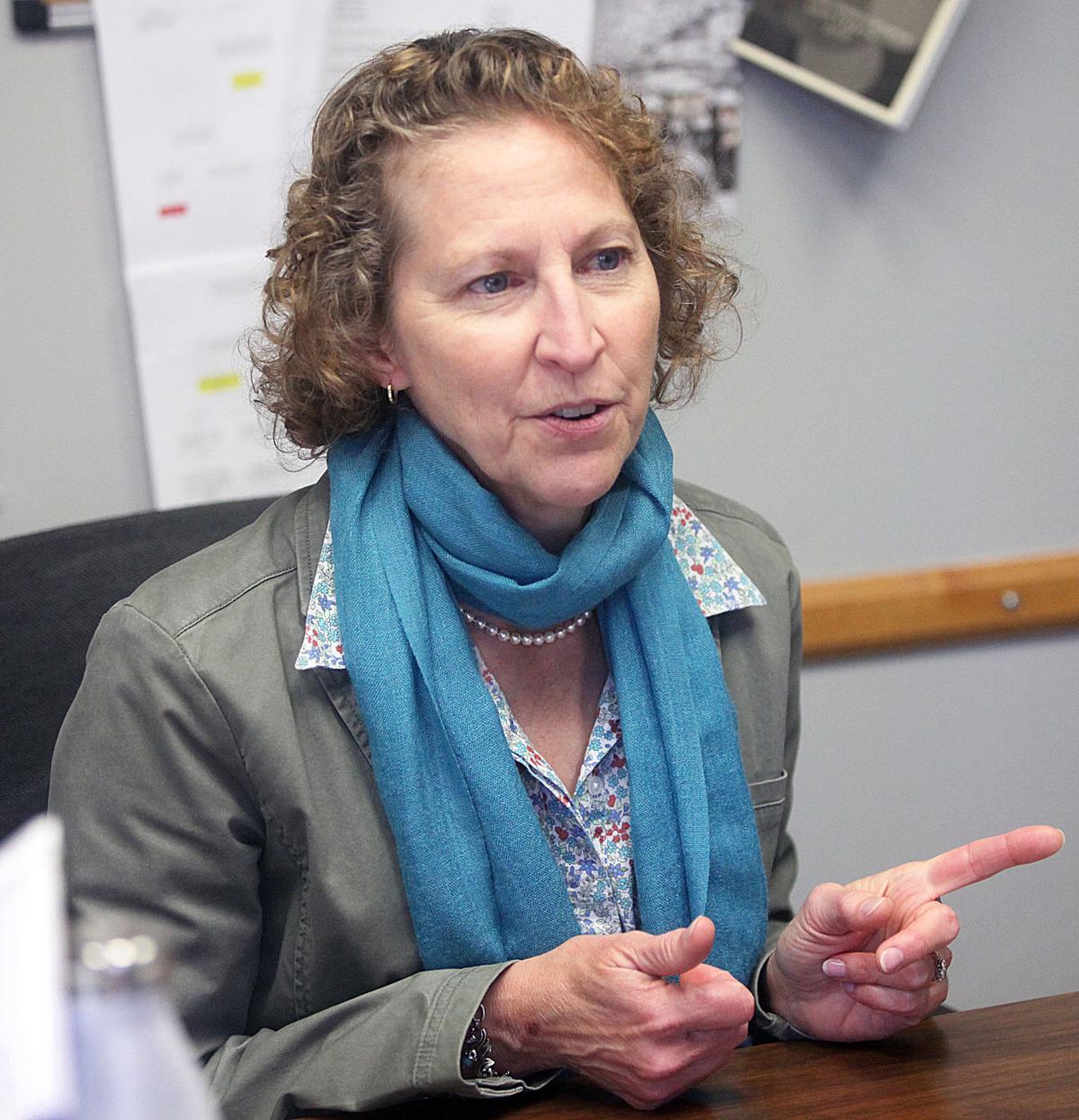 Theresa Coleman talks about her job as the new city manager of Bisbee. 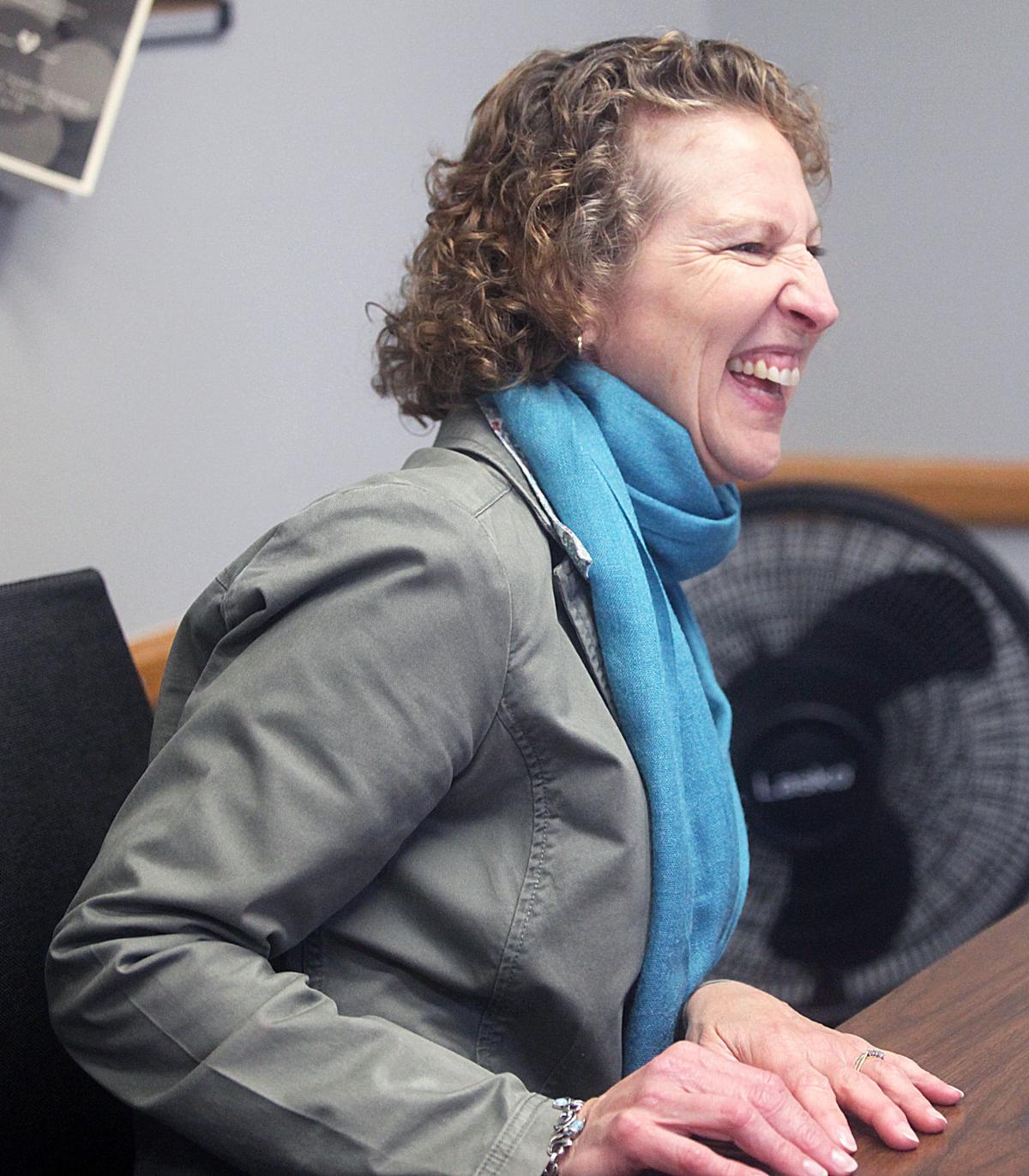 Theresa Coleman talks about her job as the new city manager of Bisbee.

BISBEE — Finally, after years of discussions, affordable housing in Bisbee is moving into the planning stage, with City Manager Theresa Coleman working in concert with Step Up Bisbee/Naco, Habitat for Humanity, Cochise County and the Mayor and City Council.

Coleman is excited by the prospects of housing projects for low and moderate income people and families. Just recently, the city council took possession of an abandoned home and lot in Saginaw from a trust with a past due sewer bill. The plan is to tear down the old home and build a duplex to kick off the city’s effort to tackle a tough problem in the old mining town.

For Coleman, the duplex, which could be constructed with the help of Step Up Bisbee/Naco, is just a small step on a long path which could include apartments, additional homes and even tiny homes with 400 square feet of living space.

Apartments could go up on city property behind Safeway possibly in 2022, she said. It will have market rates as well as subsidized housing. Compass Affordable Housing, in Tucson, is interested in helping provide housing assistance, financial assistance, employment assistance and support services through a finance program.

Freeport McMoran, Inc., Copper Queen Branch completed soil test work some time ago and the topography of the parcel has also been completed in the past. Those are two huge and costly steppingstones already in place.

“We haven’t hit the design phase yet,” she added.

The city also owns a parcel on Washington St. which could become a test site for a tiny home community, she said.

With other city-owned properties, even more can be done to help residents find homes and she is encouraged by the prospects and partnerships forged.

Her experience with Habitat for Humanity is a plus in reaching her goals.

Another major concern brought to her attention when she took the job concerned the Visitors Center. The move from Old Bisbee to the Queen Mine Tour building left some business owners dismayed. The city opened a small satellite office in the Bisbee Mining and Historical Museum and it now has become an official, Arizona Office of Tourism–designated Visitors Center. That designation allows the city to obtain matching funds for advertising.

Coleman said there will still be visitor information and a video at the Queen Mine Tour, but staff will be working at the museum site.

The council just approved two new part-time positions to cover the center through the week and on weekends as she recommended.

Coleman completed her master’s degree at Eastern University in Philadelphia and then went to work for Habitat for Humanity of Montgomery County in Norristown, Penn. In 2007, she became the City Administrator Spring Grove, Minn. She left her City Administrator position in Kasson, Minn., to come to Bisbee. With many of her family members currently living in Arizona, she was happy to make the move.

Herald/Review: How do you like your job and the city?

Theresa Coleman: I enjoy public administration; no two days are ever the same. I enjoy living in the Warren neighborhood, walking to the Farmer’s Market, the Ballpark, or going out for a stroll around Vista Park. I’m a big fan of the Copper Queen Library and enjoy the art programs on Friday afternoons.

HR: What are the challenges Bisbee faces and how will you move forward on them?

TC: I’ve been working on affordable housing initiatives, relocating the Visitor Center, updating the Design Review Guidelines, a grade and step plan for City Employees, fleet management for all departments, and a new fee schedule.

HR: Have the public sessions you hold monthly been beneficial?

TC: The staff at the Copper Queen Library do an excellent job of bringing programs that benefit the community. As I recall, the idea came up during my interview for the city manager position and we continued the conversation after I started working in Bisbee. Citizens come from all three wards and have a variety of issues they want to discuss..

HR: What are some of the concerns the residents have shared with you and what have you done to address them?

TC: There have been a number of topics including trash pickup in Old Bisbee, LED streetlights, the future of the Old High School, traffic calming, noise, radio advertising, recycling brochures and parking. I talk with citizens one on one and in groups to understand the topic at hand.

HR: How do things look for the 2020-2021 budget? I know you’re just in the early stages, but maybe you can provide a reasonable outlook for spending over the next budget year. Will there be cuts to budgets, personnel ?

TC: Department Heads submitted their budget proposals and I will be meeting with the finance director and department heads on Wednesday and Thursday, March 11 and 12. I anticipate moving forward at current staffing levels.

TC: The City did receive a one-time payment of additional HURF funds of approximately $198,000 in 2019. The funds were not budgeted and have been set aside for projects in the next budget year. The City Council took action on a ballot initiative to increase the bed tax by two and a half percent to help with marketing. I anticipate a sales tax discussion in the near future.

HR: What resulted from the uproar on Erie St. in Lowell and the vehicles parked on the street?

TC: I worked with the people with the Americana Project and they gave me a list of six cars’ makes and models which are props for the tourists. There are four remaining we are trying to identify and find the owners. All I wanted was for the cars to be street legal – be licensed, insured and towable. So, I met with Dan Simonis and Jay Allen to talk about it and they understood.