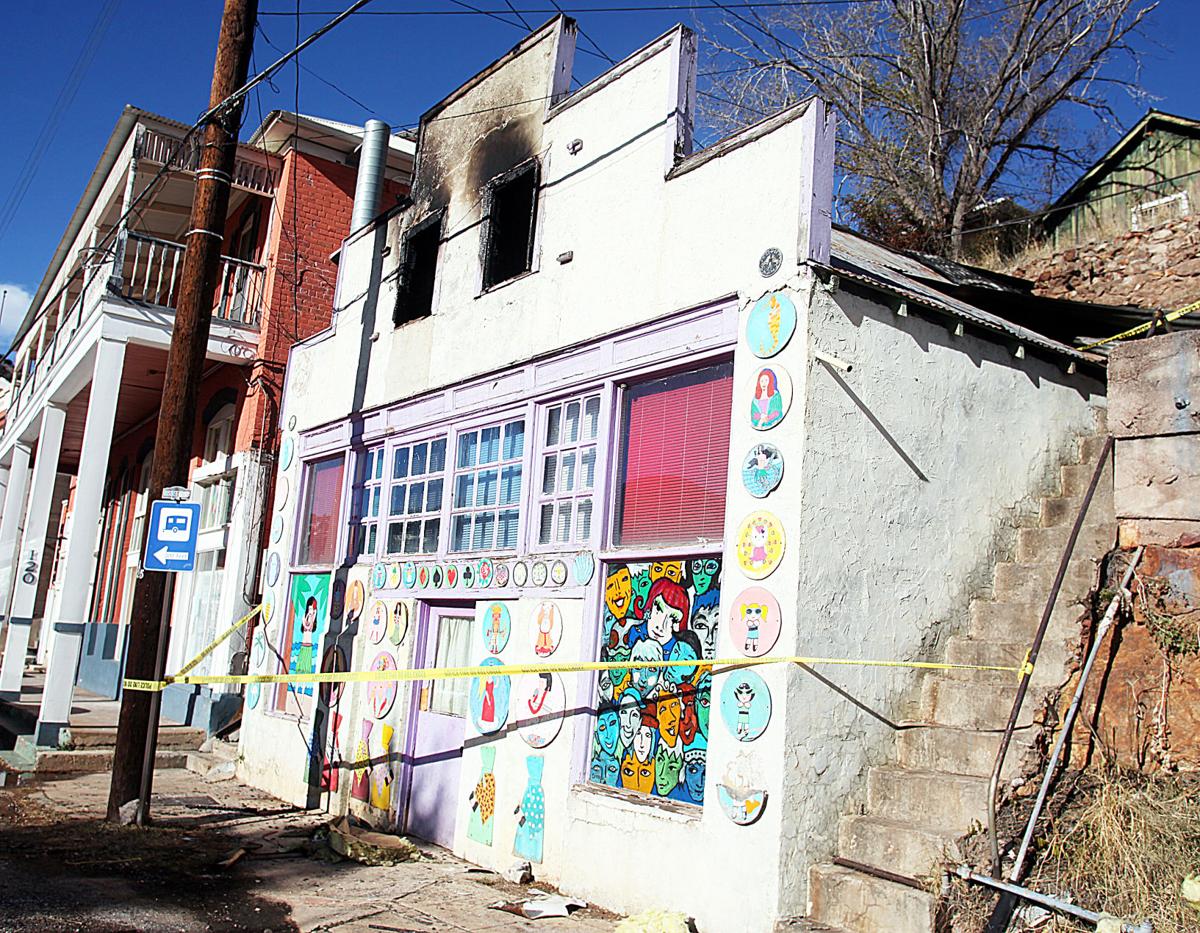 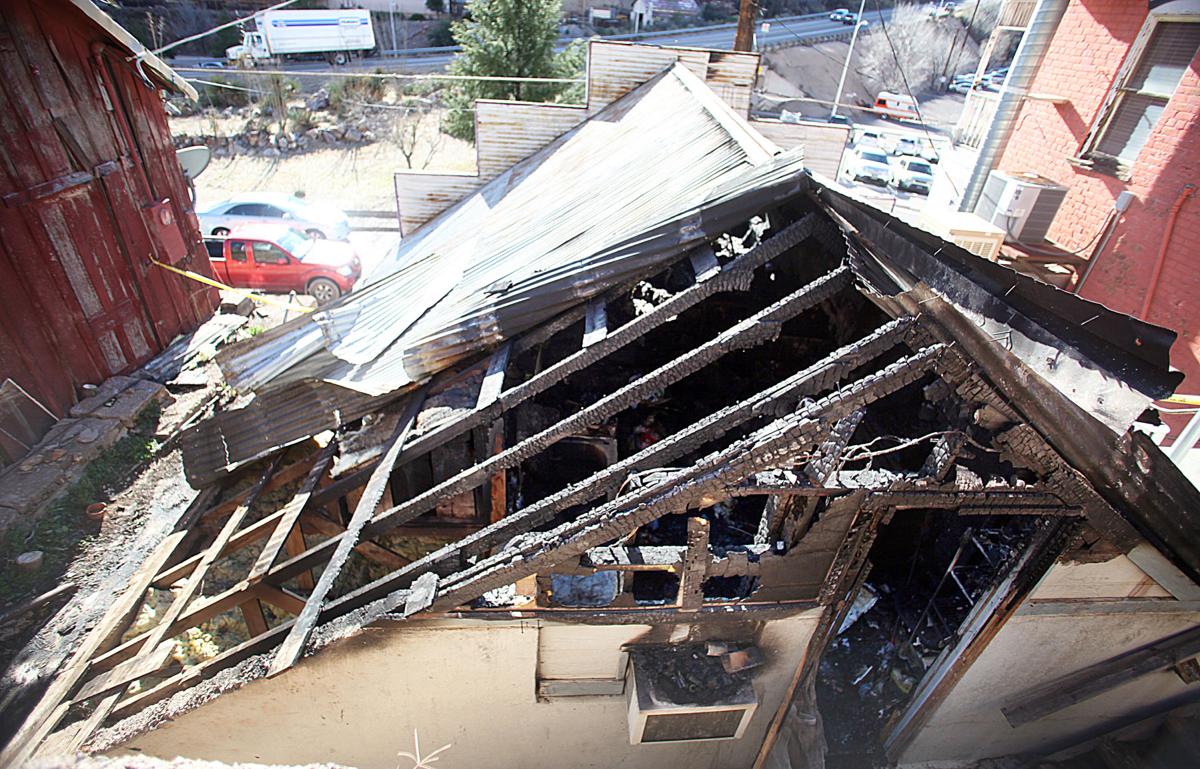 Wednesday’s fire in Bisbee claimed the life of Scott Roberts, and caused heavy damage to an apartment and art studio building. 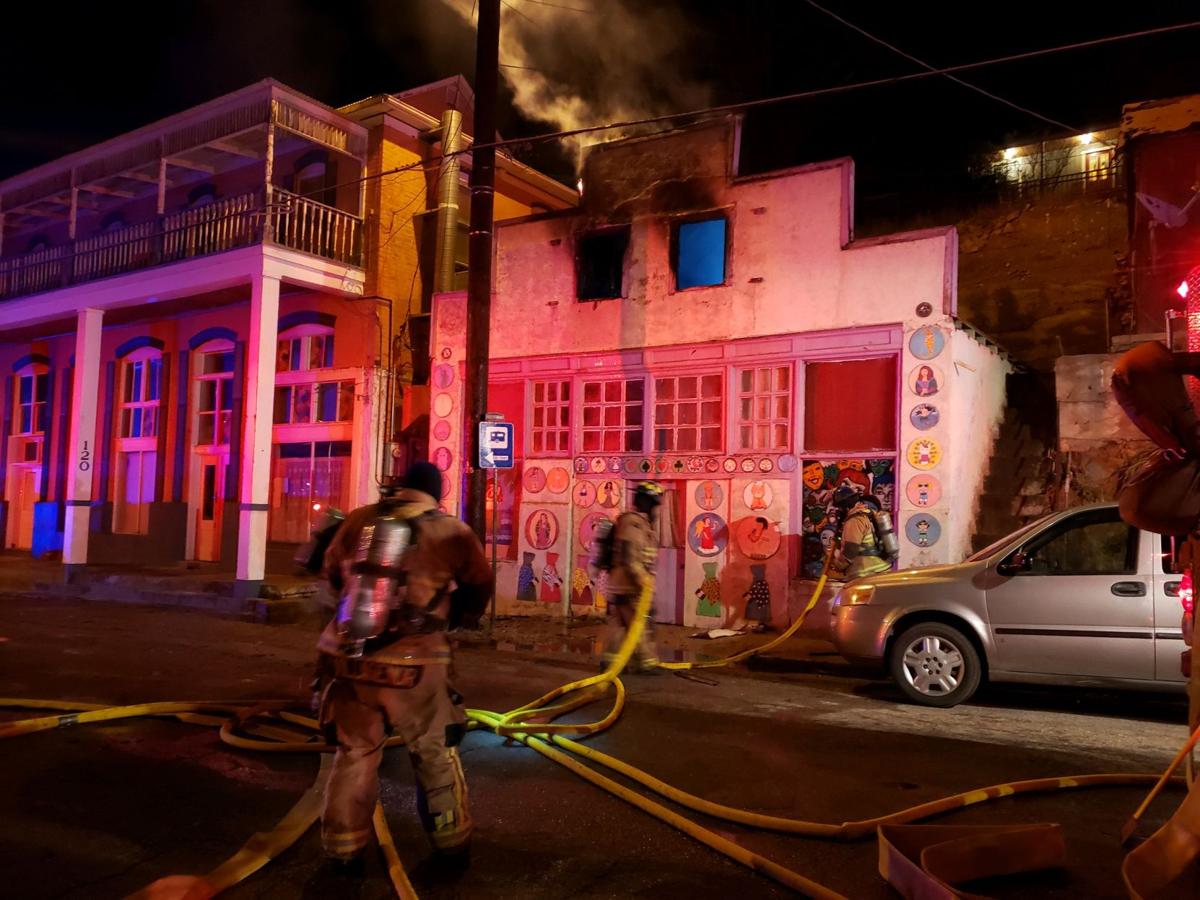 Wednesday’s fire in Bisbee claimed the life of Scott Roberts, and caused heavy damage to an apartment and art studio building.

BISBEE – An early morning fire in Old Bisbee Wednesday claimed the life of Scott Roberts, who lived in Bisbee for years and was a volunteer for artist Gretchen Baer’s Studio Mariposa in Naco, Sonora, Mexico.

Officials have not named Roberts as the deceased man, but he was identified by friends on social media.

Bisbee Fire Chief George Castillo said a member of the fire department was returning to the Old Bisbee station after an ambulance transfer and noticed smoke, which he thought was more than should come out of a chimney. As firefighter Raul Villasenor got closer, he noticed smoke billowing out of a two-story building at 132 Naco Road and flames erupting from the second floor windows. He immediately called the fire in at 2:13 a.m. and Bisbee firefighters arrived in minutes.

“It was cooking pretty good when we got there,” Castillo said.

When firefighters were able to enter, they unexpectedly found the body of a man, Castillo added.

Though the fire is under investigation, he said a radiator-type space heater was plugged into the wall in a severely charred area, which could indicate the origin of the fire.

The firefighters prevented the spread of the fire uphill, saving residences and neighboring buildings, including The Bisbee Tour Company and Lofts.

David Russell, owner of BTC and Lofts, said he was returning home from Phoenix around 3:30 a.m. and saw the flashing lights and the fire.

“I started to panic,” he added. “I walked up and saw there was no damage to my building.”

There were two guests spending the night, but they did not wake up and slept through the incident, he said.

Russell also said the building, owned by art car artist Kate Kerouac (Pearson), was used to store things. He said he knew of Roberts, believed to be in his 60s, who he met in passing on occasion.

Kerouac, who was unable to be directly reached by the Herald/Review, posted on her Facebook page: “My heart is heavy, I lost a dear friend, Scott Roberts, last eve, there was a fire in the top floor of my studio the Post Card Room. It is completely gone and my studio has total water damage. I was in my studio yesterday and did not know that would be the last time, but my heart hurts so much more for my dear friend of 38 years, Scott was the first person I met when I moved here.”

The fire district volunteer personnel from Naco and San Jose were also called out. The BFD had a “good handle on it” when they arrived, but they were able to relieve Bisbee firefighters to give them a break, said Naco Fire District’s Jesus Morales.

The three fire departments work together on many fires, including the Thanksgiving two-home fire, also in Old Bisbee, added Morales.

He said his father lost his home in Naco, Ariz., due to a space-heater fire on Nov. 22 and offered a warning to all who use space heaters.

“When it’s cold like this, people need to be careful using space heaters,” he cautioned. “These are old homes and the wiring may be bad. Keep space heaters away from anything that could catch fire. Don’t use extension cords.”

Old Bisbee Firewise, upon learning of Roberts’s death, posted on its Facebook page: “PLEASE, Please, please, take a few moments to check that space heaters in your home and in those of your loved ones, friends and neighbors are not plugged into a power strip.

“Space heaters draw a lot of amps and should be plugged directly into wall sockets. If possible, leave the rest of the socket’s receptacles open so the space heater is the only thing plugged in the outlet.

“More than 25,000 home fires, and 300 deaths, are caused by space heater fires each year. We don’t want you to be one of those statistics.”

Space heaters among leading cause of fires

According to a 2018 report by the National Fire Protection Association, heating equipment is a leading cause of fires in U.S. homes. Space heaters, including wood stoves, account for the overwhelming majority of fatal and non-fatal injuries in home heating fires, as well as over half of direct property damages. Fireplaces or chimneys are also involved in a large share of heating fires and account for one–quarter of direct property damages. Other types of heating equipment include central heat, water heaters, and heat lamps.