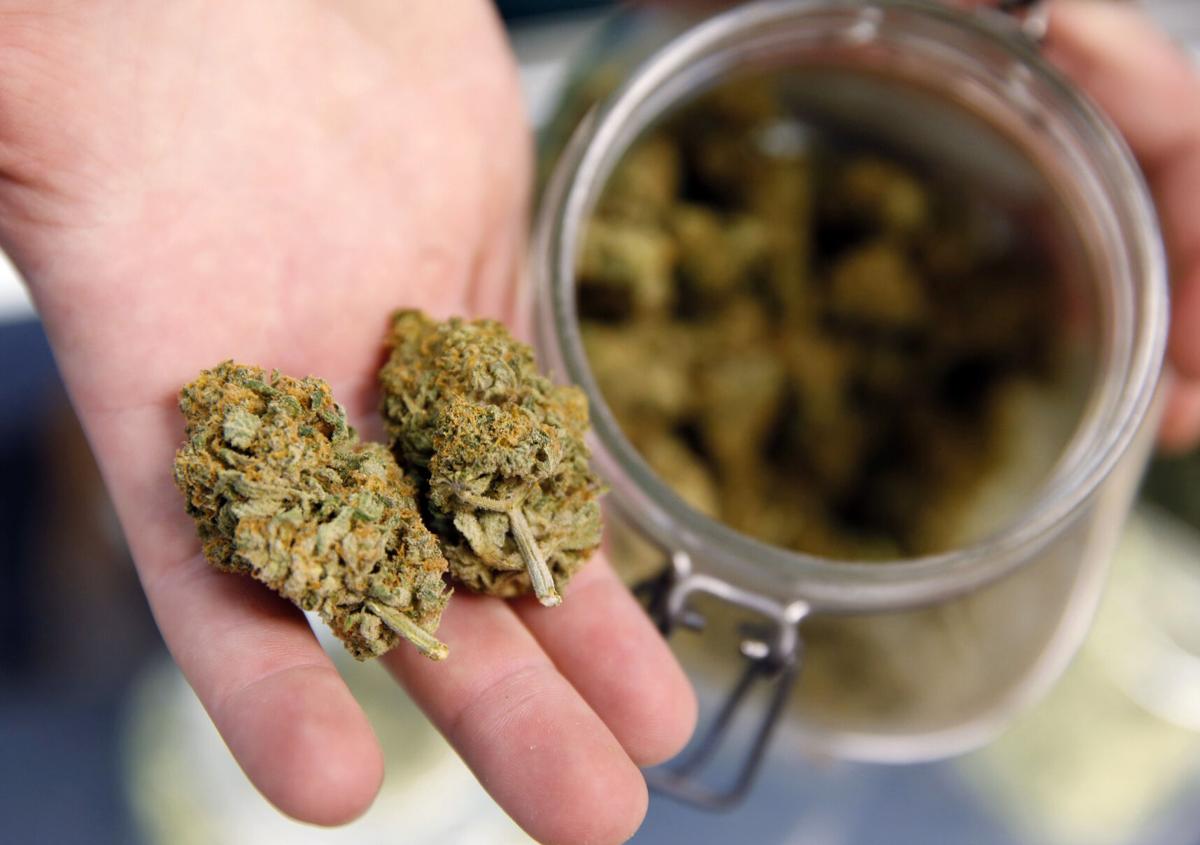 In this Nov. 27, 2015, file photo, a bud tender holds two marijuana buds on his fingers on the way to a customer in north Denver. Bisbee's city council signaled a desire to allow recreational marijuana businesses in the area during Tuesday's council meeting. 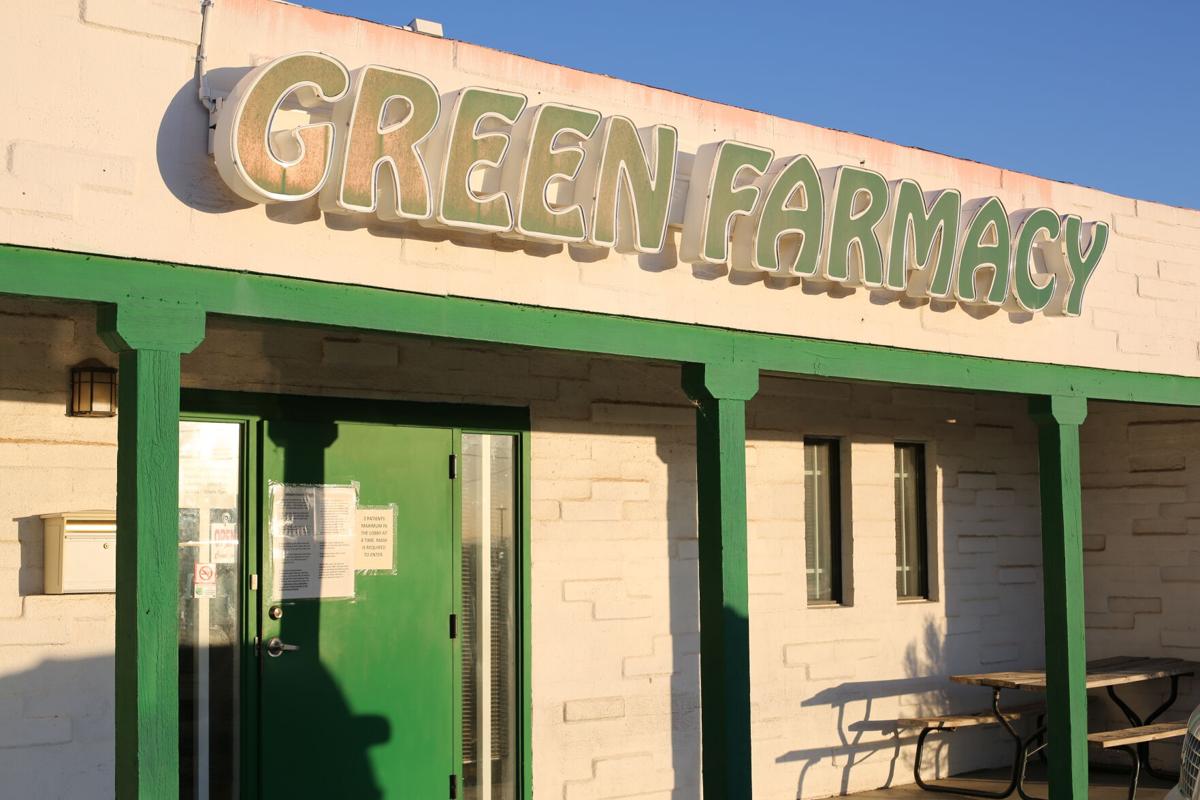 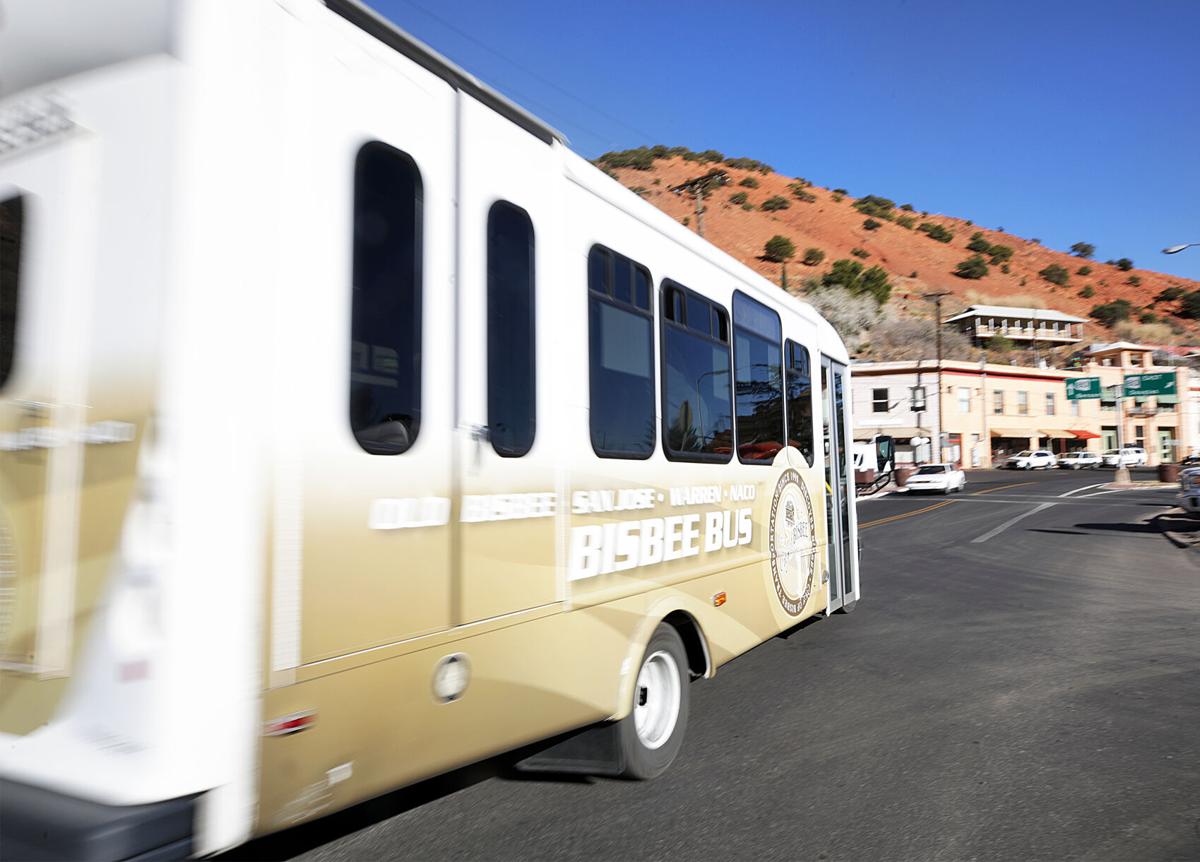 The Bisbee Bus runs through Old Bisbee Thursday. The city received grant funds from the Southeastern Area Governments Organization to recoup some expenses related to the pandemic. Since the outbreak Bisbee Bus has not charged customers a fare.

In this Nov. 27, 2015, file photo, a bud tender holds two marijuana buds on his fingers on the way to a customer in north Denver. Bisbee's city council signaled a desire to allow recreational marijuana businesses in the area during Tuesday's council meeting.

The Bisbee Bus runs through Old Bisbee Thursday. The city received grant funds from the Southeastern Area Governments Organization to recoup some expenses related to the pandemic. Since the outbreak Bisbee Bus has not charged customers a fare.

BISBEE — With the passage of Proposition 207 which will allow the sale of recreational marijuana, the city will need to amend its zoning code to accommodate new facilities, testing facilities, retail sales and establish a limit on the plants residents can grow.

City Attorney Joe Estes gave a brief overview of what could be done during the city council meeting Tuesday.

In his overview documentation, adults 21 and older would be permitted to possess one ounce of marijuana for recreational use and could grow up to six plants for each adult, though the plants would have to be screened from the public view and would have to be secure. There would be no permitted use of smoking marijuana in public.

Estes said the facilities would have to adhere to distance limitations from schools and churches.

The most appealing part of the act is the revenue it could generate in the city. As Giacomino said, “It would be like shooting ourselves in the foot if we didn’t allow the business. We allow alcohol consumption. The voters said yes and we should take advantage of the tax revenue.”

Johns agreed, saying, “It makes sense for Bisbee. We’re known as a party town. I don’t see marijuana use as anything different form drinking. We shouldn’t set up roadblocks. We could use the revenue.”

Budge added, “I think we could set up stringent rules for growing pot. Those facilities need to be in the commercial, industrial districts. I’m inclined to support any retailer who can do it. I don’t see it as a detriment.”

Pawlik said, “We should be as liberal as we can within the law.”

Estes said some cities are trying to ban recreational marijuana, though they will face court battles.

He said he does not expect the county to get more than six licenses.

Estes was directed to prepare the new code for approval first by the Planning and Zoning Commission and then the council.

After some discussion, the council approved a contract with Friends of the Bisbee Animal Shelter to provide care for animals turned in to the shelter at a cost of $5,500 per month. The city will pay utilities. The contract will run through June 30 and then can be renewed annually for the next five years at $66,000 per year. FBAS will continue to use the city’s building.

Giacomino suggested the council pay more for the service and only cut the shelter budget by 10 percent, the same amount other city department heads were asked to reduce their budgets to make up for a revenue shortfall.

Not knowing how the 2020–21 fiscal year would end or what constraints could be ahead for the 2021-22 fiscal year if revenues do not improve, the council decided it would determine future payments during the budget process. The contract could be renegotiated each year.

Davis said, “We can reassess this in five months. You can go up, but to go down may be an issue.”

Budge said, “I have a feeling we’ll have to make adjustments in this budget.”

Pawlik thought the new deal undercut all the work the city manager had put into the contract negotiations and saw no reason to hike the amount the city would pay after all parties had agreed on $5,000 a month.

He was the sole nay vote.