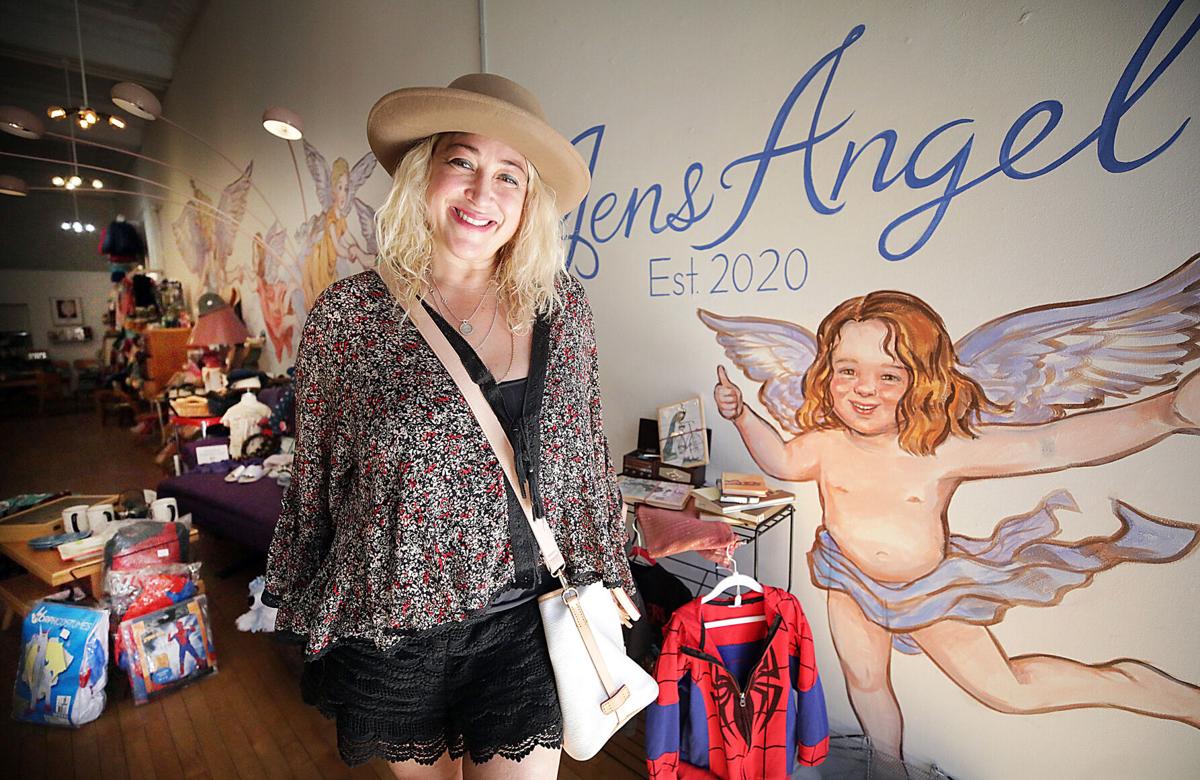 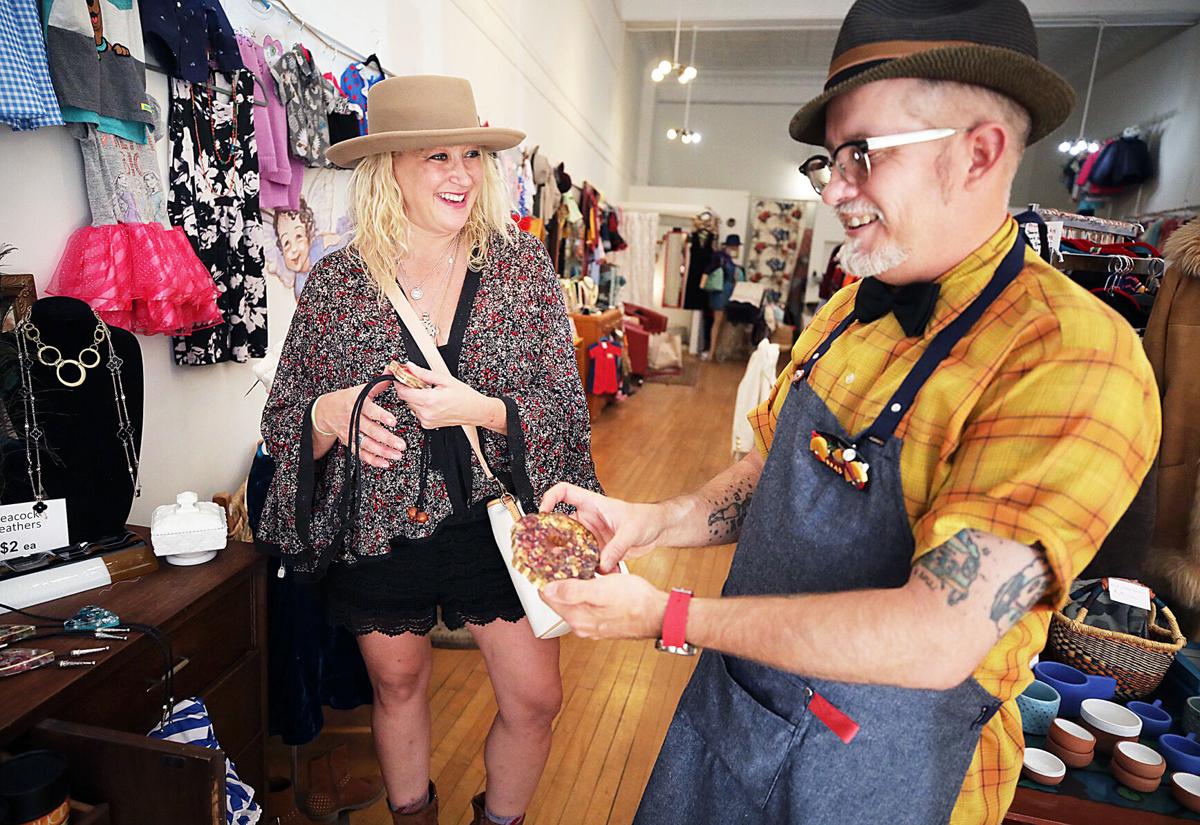 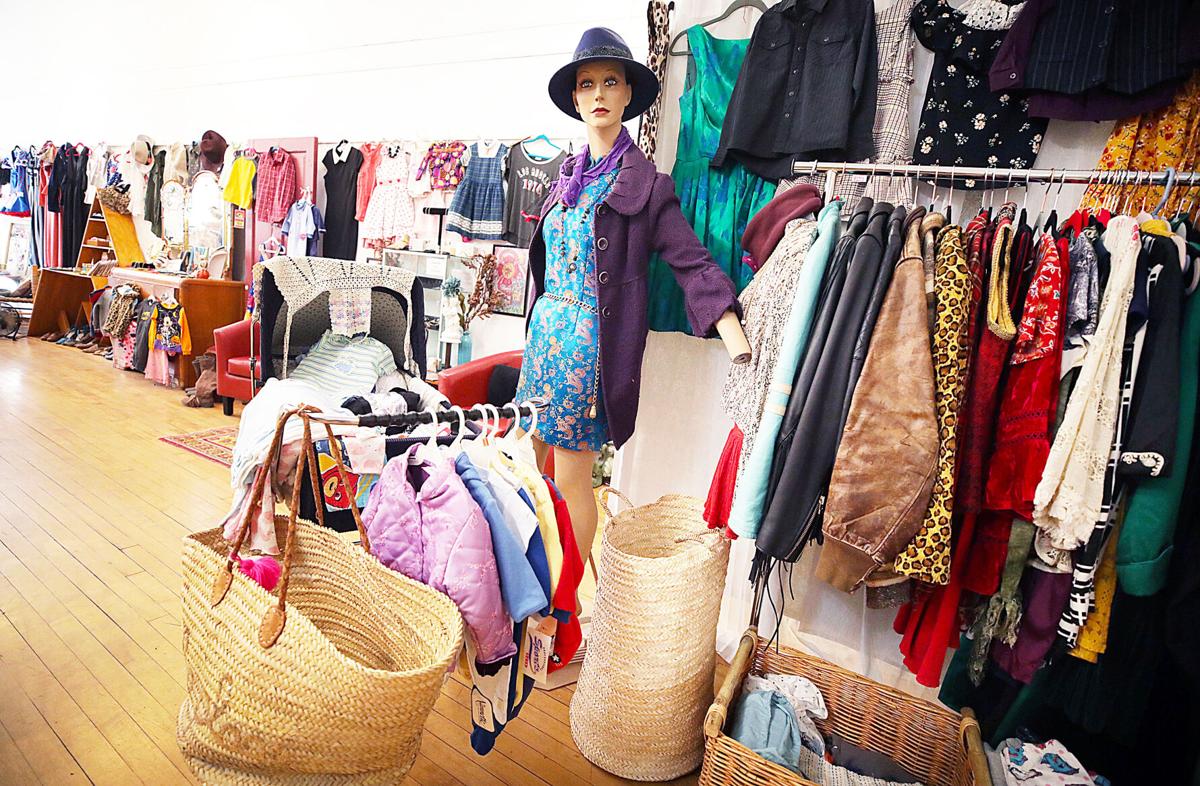 Main Street’s new shop Jen’s Angels specializes in used children’s clothing but also has an array of adult clothes as well as other items.

Main Street’s new shop Jen’s Angels specializes in used children’s clothing but also has an array of adult clothes as well as other items.

BISBEE — There is a new store on Main Street in Old Bisbee and it is one that fills a niche when it comes to kid-friendly places.

In fact, it is more than just a kid-friendly place. Jen’s Angels is a kid place with racks of vintage kids’ clothing looking for new homes, toys waiting for little hands and unique delights for parents’ pleasures.

Jennifer Blanc Biehn and Michael Biehn, both actors, “met” Bisbee 18 months ago on a quick trip. Michael was in Tombstone for Doc Holli-DAYS, celebrating the film “Tombstone” and his role as gunslinger Johnny Ringo.

Someone made the suggestion to visit Bisbee while they had the chance, said Jennifer. Michael spent his teen years in different parts of Arizona, but not in Bisbee. With just 45 minutes open, they shot down to the mining town turned artist community and were “charmed.”

“Michael said he wanted to move to Bisbee, so we stayed in bed and breakfasts over the next few months until we found our home,” Jennifer said.

The appeal of owning a shop on Main Street was beginning to grow and she racked her brain to figure out what to sell. There were many shops for adults, but nothing for kids. So the idea of a children’s store took root.

“I wanted to sell kids’ clothes, some vintage things and find local people who make awesome things to sell in the shop,” Jennifer said. “People can consign their kids’ clothes and toys. It turned into a passionate, fun project.”

In the process, she made her first friend, Ranelle Matthews, maker of Opal Moth soaps available at the shop, who introduced her to many other people, including comic Doug Stanhope (whom Michael had heard online) and artist Carolyn Toronto, who created the imaginative, pastel murals on the shop’s walls.

Jennifer set up a “Bling Stop” where a child can play with all sorts of things sparkly and shiny. There also is a basket of little cars for kids to play with.

“It’s a favorite with little girls,” Jennifer said. “The kids can come in and have a good time. We have stuff they’re allowed to touch, to play with, to have fun.”

General manager Brad Hardy, who does not have any children, said, “I had no idea something like this was needed in Bisbee. You just don’t see kids around here. Now, we have a lot of families who consign things with us. And, we’re seeing a lot of visiting families come in to see what we have.”

He is also the mask enforcer as Bisbee still requires masks be worn in the city.

Jen’s Angels carries POP Toys, fun and awesome collectables. There was a Cruella Deville car and a Mary Poppins figure. A Batman hooded onesie, a “Dorothy-style” blue checkered dress, a Snow White costume— so many fun things to go through.

Weighted blankets for adults and children are also available there.

And, of course, there are Johnny Ringo T-shirts, soap and candles made locally by Lux Arcana Candle Co. featuring Michael, who was also in the Terminator, the Alien sagas and many more movies.

When COVID-19 restrictions are finally loosened, she hopes to have special events for the kids, which could begin with a pottery class.

“So far, so good,” she said. “The word is getting out. We’ve had a lot of people coming in to see what we have.”

Now the family considers Bisbee home, even though there are long drives back to Los Angles to deal with their business, The Blanc/Biehn Production Company, and visit with family. With productions in Hollywood slowed due to the virus until next year, the couple believes they will be able to enjoy their new home and new friends through the holidays. Their 5-year-old son, Dashiell, is happily engaged in online learning in his former school.

Michael joined the Lowell Gym and works on his blog to provide an accurate accounting of history over legend.

They both starred in “The Victim,” a movie he also co-wrote and directed and she co-produced.

“He was so supportive of me as an actor,” she said. “We started our small film company, but it’s hard for small films to make money.”

For now, they are content and do not miss the big city life, though small town life takes some adjusting.

“This area is so inviting. It’s not chaotic. But, getting used to how news travels fast in a small town is a little hard,” she laughed. “Everyone pays attention to what happens here.”