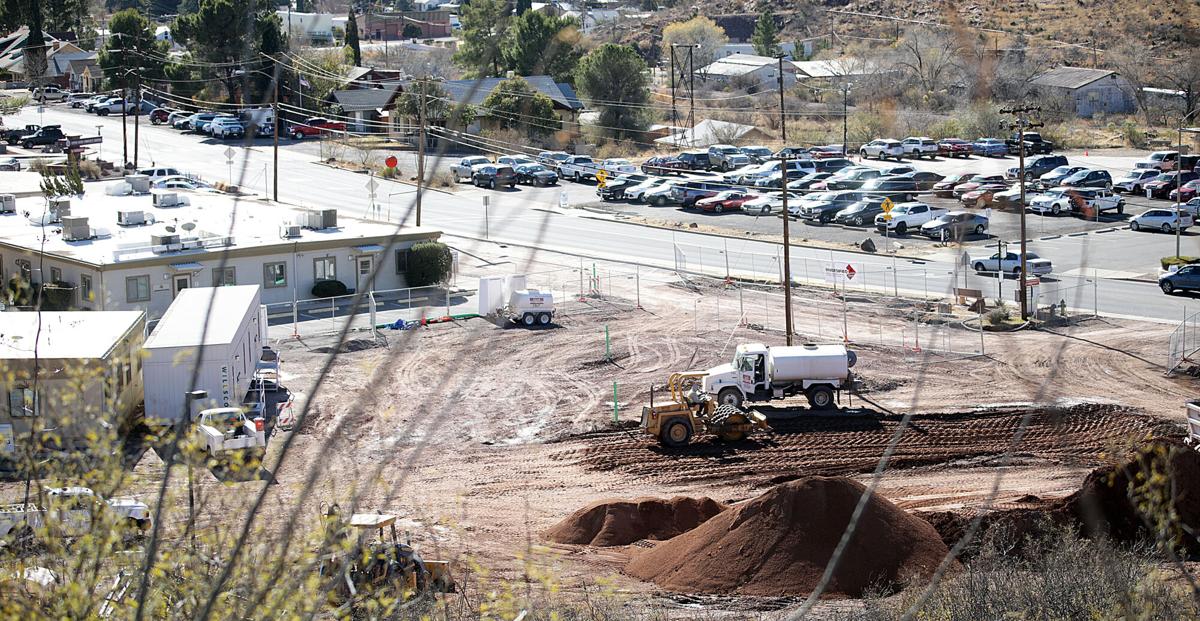 Construction has begun for a new building at the Copper Queen Community Hospital in Bisbee. 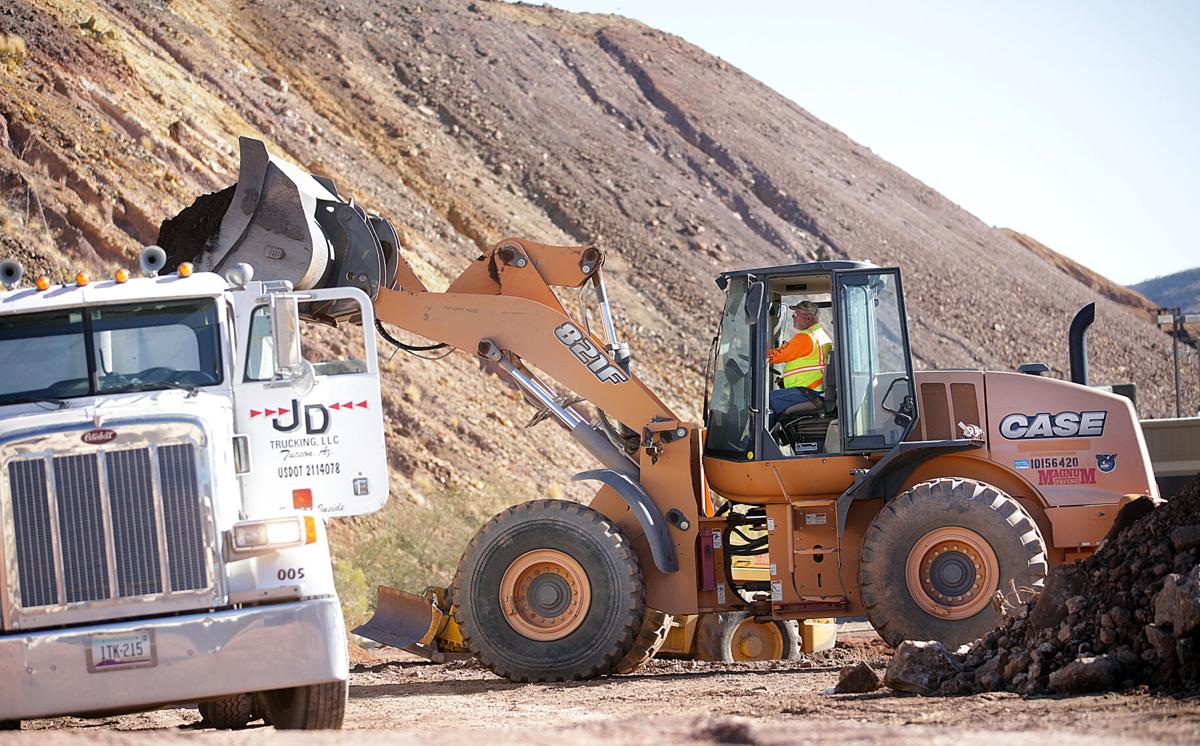 Workers move earth as a new building is under way in Bisbee’s Copper Queen Community Hospital. 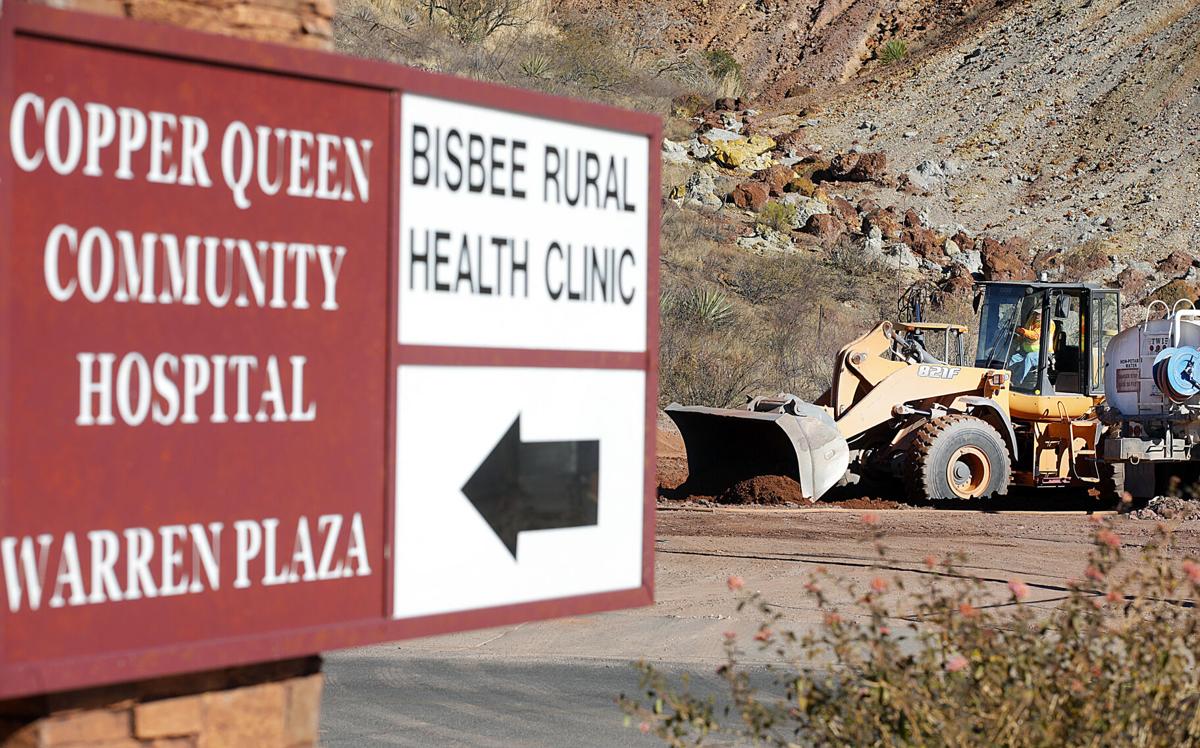 A new building is being constructed at the Copper Queen Community Hospital.

Construction has begun for a new building at the Copper Queen Community Hospital in Bisbee.

Workers move earth as a new building is under way in Bisbee’s Copper Queen Community Hospital.

A new building is being constructed at the Copper Queen Community Hospital.

BISBEE — Once again ground is being broken at the Copper Queen Community Hospital complex on Cole Avenue, this time for a new building to house all non–clinical departments.

Rob Seamon, CQCH chief executive officer, said, “We’ve been moving dirt for quite a while. I’m excited to get the project going. We’ll have the administrative, financial, billing, medical records and human resources offices all under one roof.”

The most remarkable part of the project is funding is coming through the efforts of the CQCH Foundation and the hospital, he added. No loans or grants are involved.

The 14,500-square-foot, one-story building pad will be down before Christmas and will be completed next September.

This is Phase 1 of a two-phase process, Seamon said. Once the departments are moved, the next step is to tear down the two empty office buildings and build a new outpatient surgical center so people can get certain procedures, like endoscopies, colonoscopies and other minor surgeries, in Bisbee rather than go to Sierra Vista or Tucson.

The practicing surgeons who have offices in the current surgical clinic will help design the building which will include two full operation suites and two endoscopy suites. Seamon hopes to have the plans ready by the end of the first quarter in 2021. The actual build date may start in 2022.

“The current surgical clinic is old and the surgeons have outgrown it,” Seamon said. “So, this will be another step in the development of the hospital’s services. It shows how strong and resilient the hospital is in these times.”

The existing surgical building will be repurposed after the new building is open, said Jessica Ogiba, communications director.

“I’d like to thank our staff and people for their patience during the build process. I know it’s inconvenient,” he said.

He has heard good reviews of the new CQCH Bisbee clinic, which opened in September 2019 in the former Rosa’s Little Italy restaurant and the Penny Lane Thrift and Gift shop. The hospital owns the strip mall adjacent to it, which can be used for future expansion.

“We’re trying to keep up with outpatients’ needs and the clinic stays busy,” he said.

To serve the Tombstone population, a new clinic opened there in August and is doing well.

“The response exceeded our expectations,” he noted.

CQCH also serves the communities of Douglas, Hereford, Palominas and other areas.