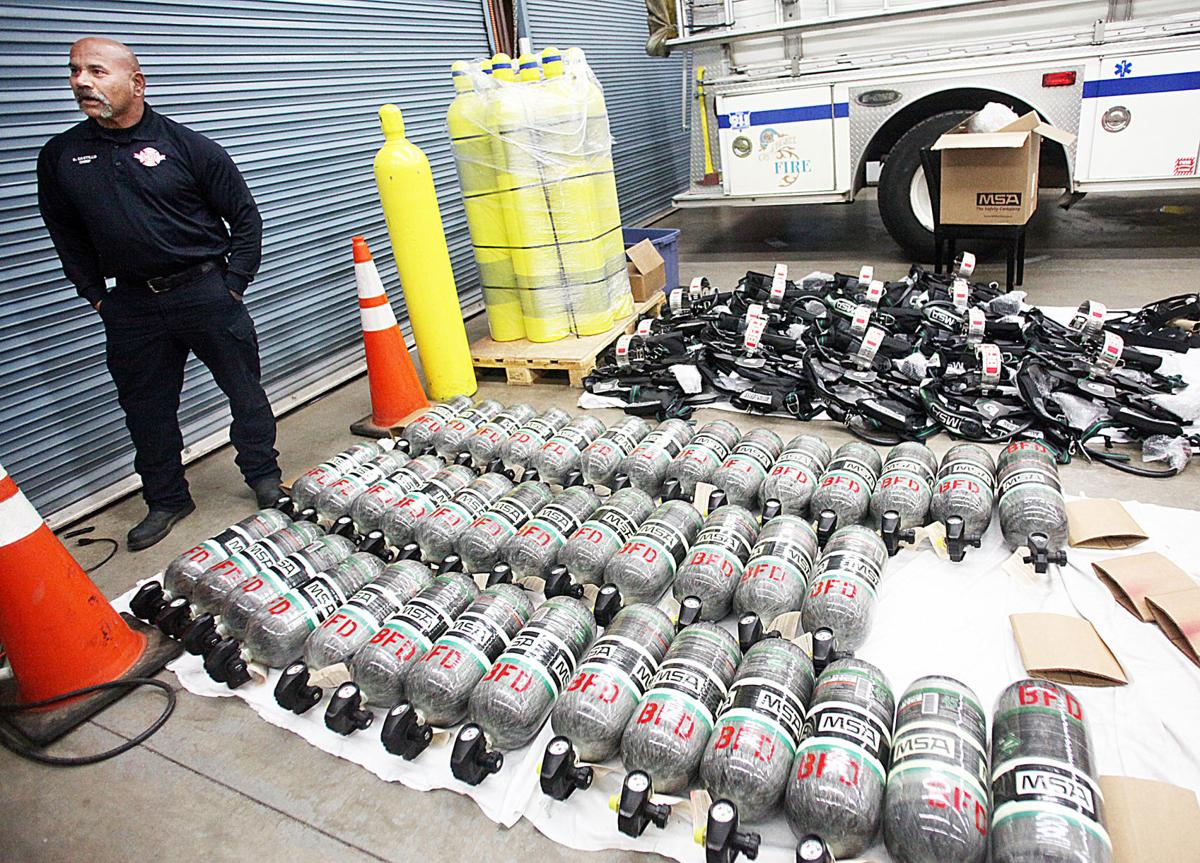 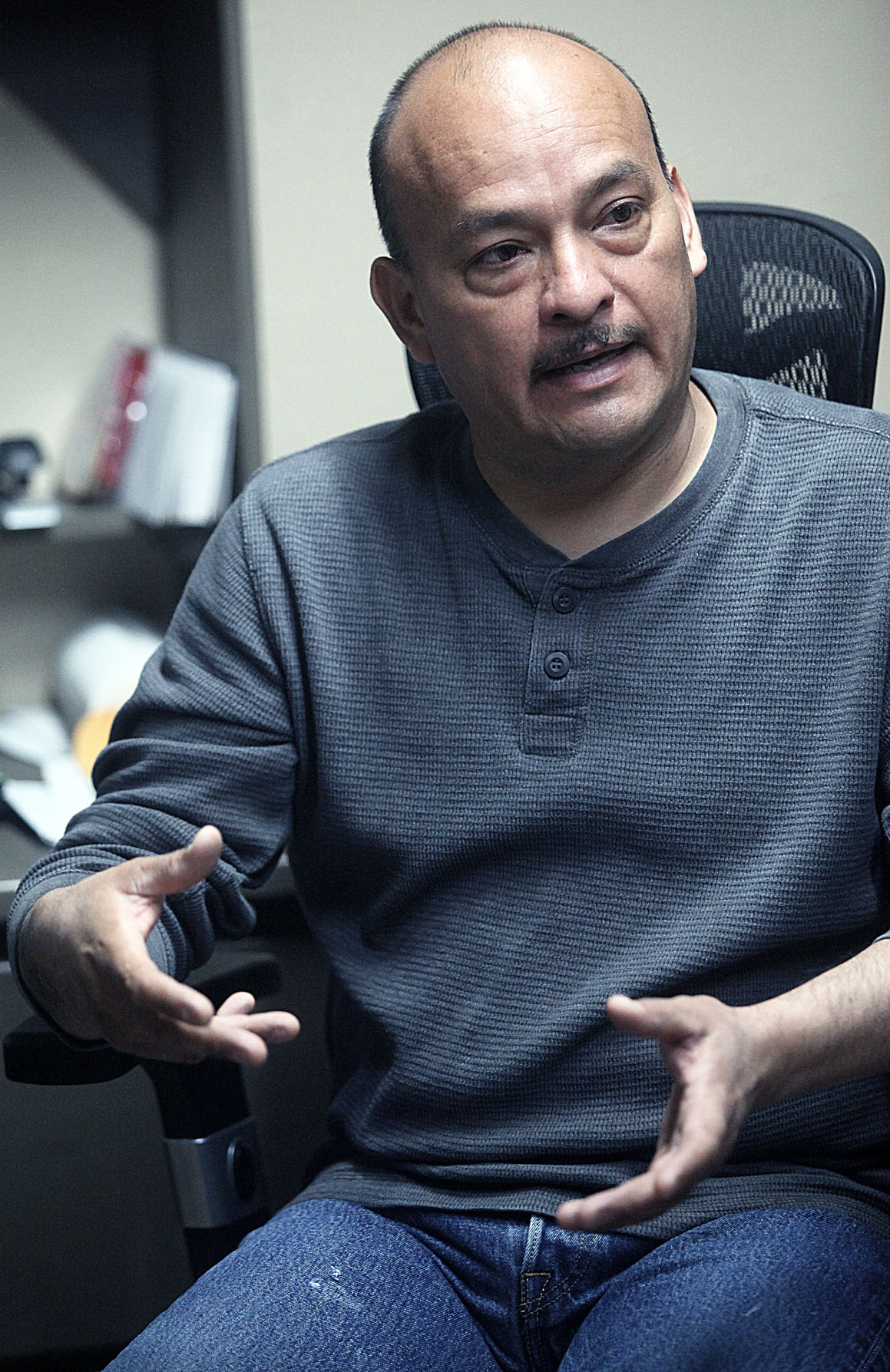 ABOVE: Naco Volunteer Fire District Chief Jesse Morales talks about the need for bulletproof vests for the department Thursday. 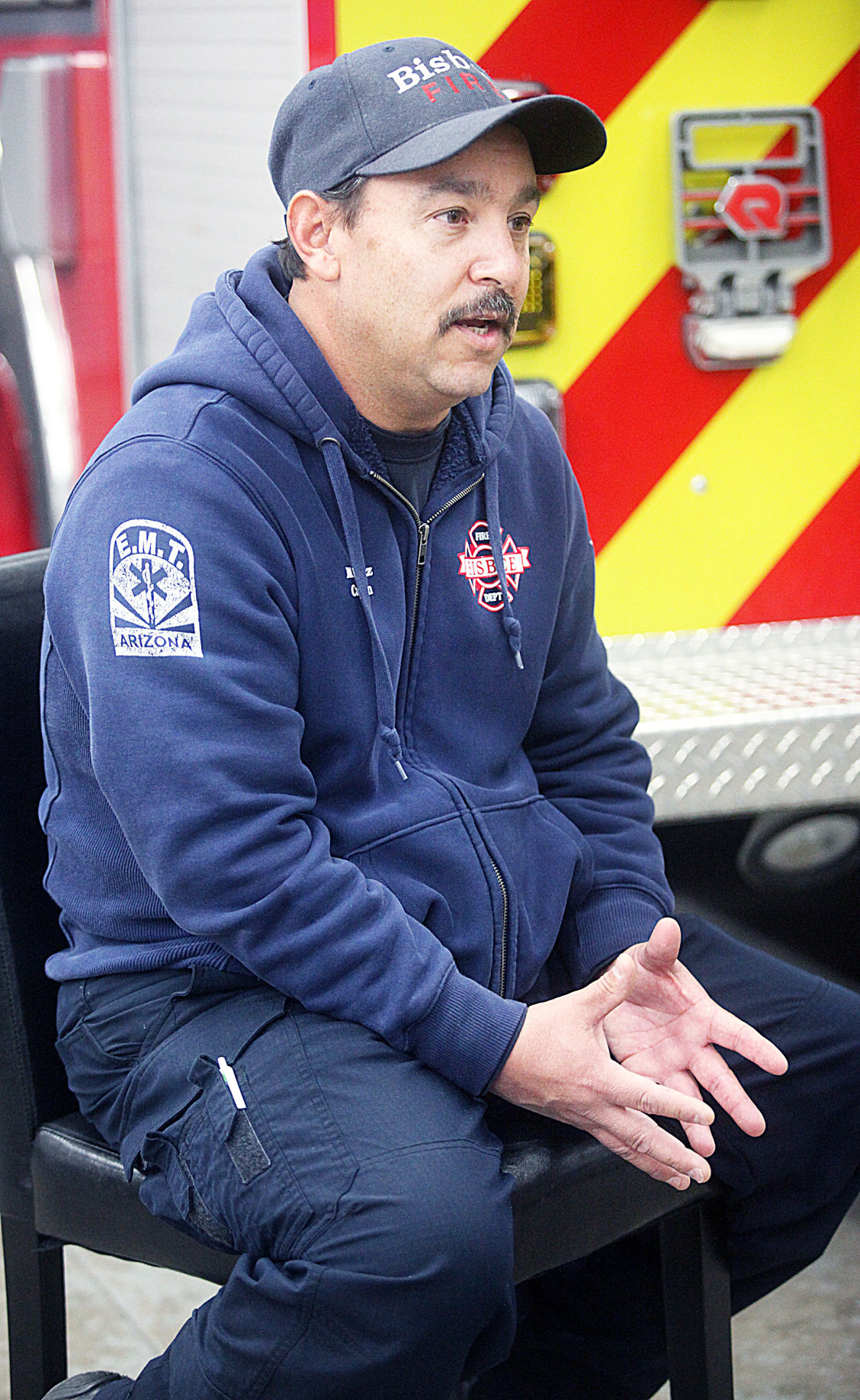 ABOVE: Naco Volunteer Fire District Chief Jesse Morales talks about the need for bulletproof vests for the department Thursday.

BISBEE — Escalating violence among warring drug cartels in the Sonoran towns that border Bisbee and Naco have prompted firefighters to request bulletproof vests to wear anytime they respond to an emergency call from someone crossing over from Mexico.

Because there are no hospitals or emergency clinics in Naco, Sonora, fire chiefs in both municipalities said Thursday that their firefighters are often the first responders called to assist anyone crossing the border from Sonora who has been seriously hurt in any situation.

The injured are sometimes intended targets of drug cartels, or, it could be someone who was caught in the crossfire of a conflict because they were in the wrong place at the wrong time.

Regardless, Bisbee Fire Chief George Castillo and Naco Volunteer Fire Department Chief Jesse Morales, both said they want to protect their personnel when they respond to an emergency at the border.

Thursday morning, Bisbee firefighters ordered seven bulletproof, or tactical vests, for their 22-person department, Castillo said. Money for the vests — almost $4,000 — came from a grant awarded to the department after they submitted a request describing the situation along the border.

“Times are changing, and not for the better,” Morales said in his office Thursday. “We have seen an increase of violence along the border.”

“Every time there’s a shooting in Naco or Agua Prieta, we tend to see people coming through,” Morales said.

In their grant proposal, Bisbee fire officials — prepared with the help of Bisbee resident Danielle Bouchever — stated that about 20 percent of Bisbee’s emergency medical service calls originate in Naco, Arizona. Individuals injured seriously in any type of incident in Naco, Sonora, usually come through the U.S. port of entry, Morales said. Firefighters from Bisbee and Naco usually work in tandem when there is an emergency from Sonora.

Why vests are needed

The Bisbee fire grant request describes the turmoil sparked recently by drug violence: “Over the past year there have been several drug-related massacres along the Naco border. Bisbee Fire is often called to the border to pick up, stabilize and transport victims of violence to the local hospital.”

The grant also mentions an incident in June 2019 in Naco, Sonora, where several people who were injured in the crossfire of a gang war came across the border for treatment. One of the most seriously hurt was a 12-year-old boy.

“Our department is the first line of defense for any type of emergency at the border,” Castillo said.

Bisbee Fire Captain Mark Perez said officers with U.S. Customs and Border Protection’s Office of Field Operations will call 911 when an injured person comes to the port of entry.

“We will go through little spurts where we go down there for almost every shift,” Perez of Bisbee Fire said. “Then it will taper off, and then it will start up again.”

“Our number one priority is to keep our people safe,” Perez added. “If we’re hurt when we go down, we can’t help anybody else.”

Castillo and Perez said Bisbee firefighters had been outfitted with two bulletproof vests on loan from their police department. But Castillo said they needed more vests, and especially some that would fit smaller firefighters.

Once the new vests arrive — in about 30 days — every Bisbee firefighter will be required to wear one if they’re responding to the border, Castillo said.

The Naco volunteer department’s budget cannot pay for the vests, so they’re hoping that their grant request will be approved, “which has become a priority,” Morales said.

“The grant is being written as we speak,” Morales said. “An auxiliary member of Naco Fire who actually works for the Tucson Fire District is writing it for us.”

Morales said he and his crew are alerted of emergencies at the border because they hear 911 calls over the radio. But many times, because of the language barrier, Morales will receive a call directly from Cananea or Naco, Sonora.

The push for tactical vests for the Naco Fire Department began shortly after U.S. Rep. Gabby Giffords, who represented the state’s eighth Congressional District, was shot in January 2011 at a shopping center outside Tucson.

“That’s when we started thinking that things were beginning to change in southern Arizona,” Morales said. “Then a few years later, the turf wars began in Mexico and we started asking for the vests.”