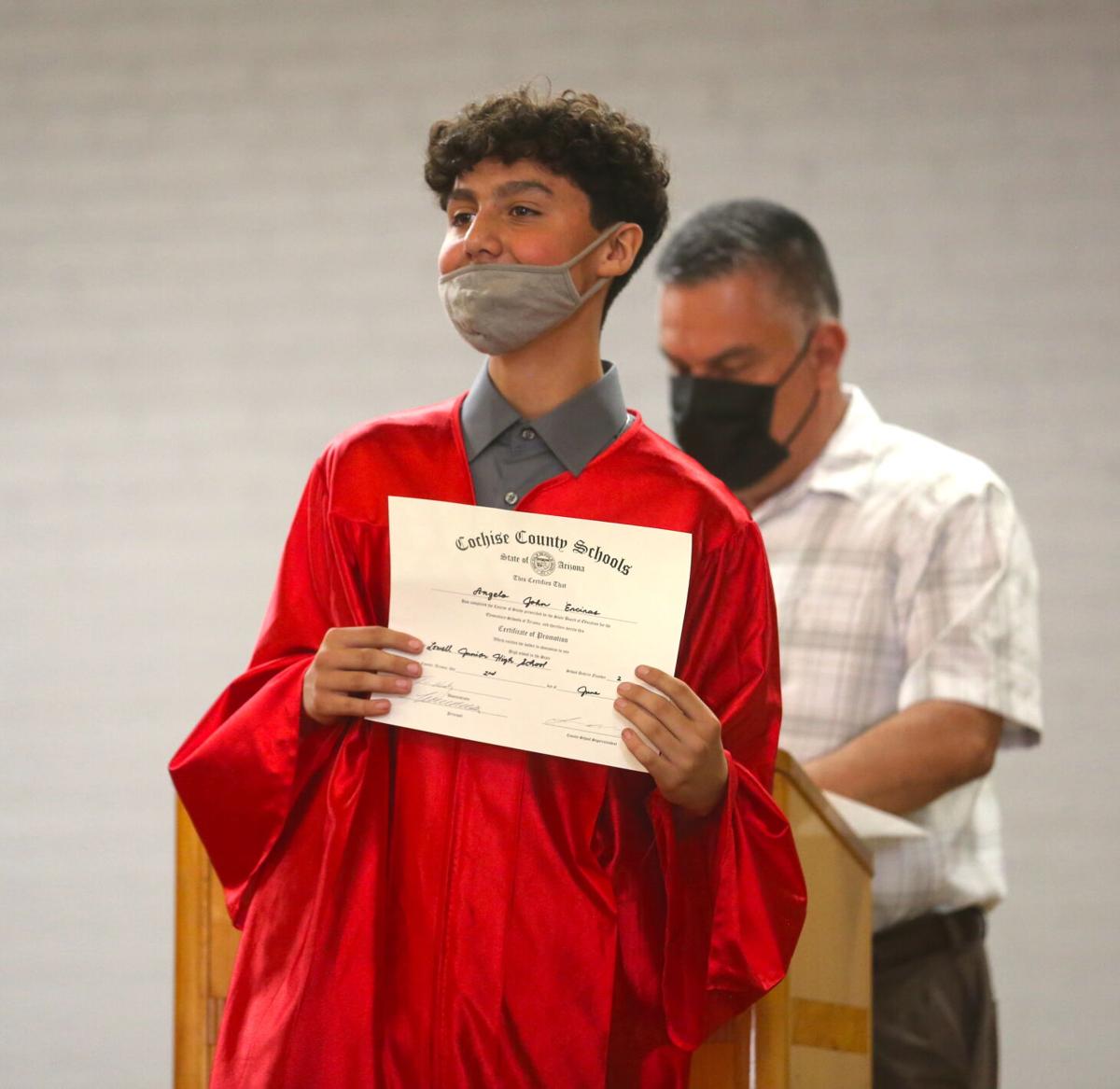 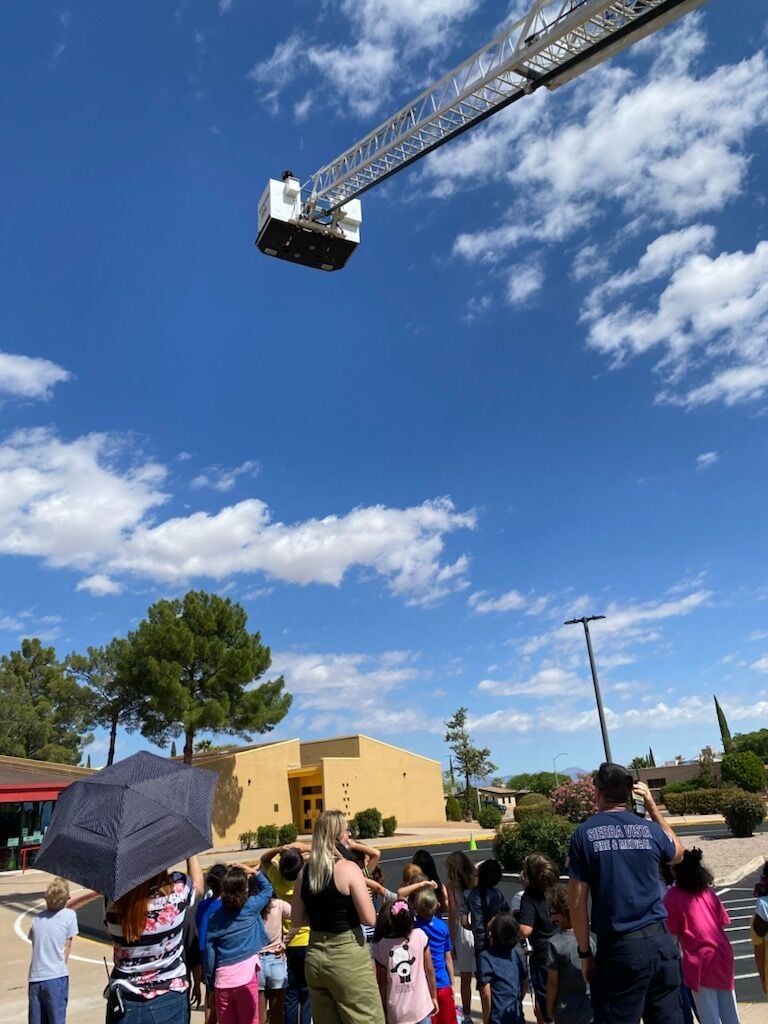 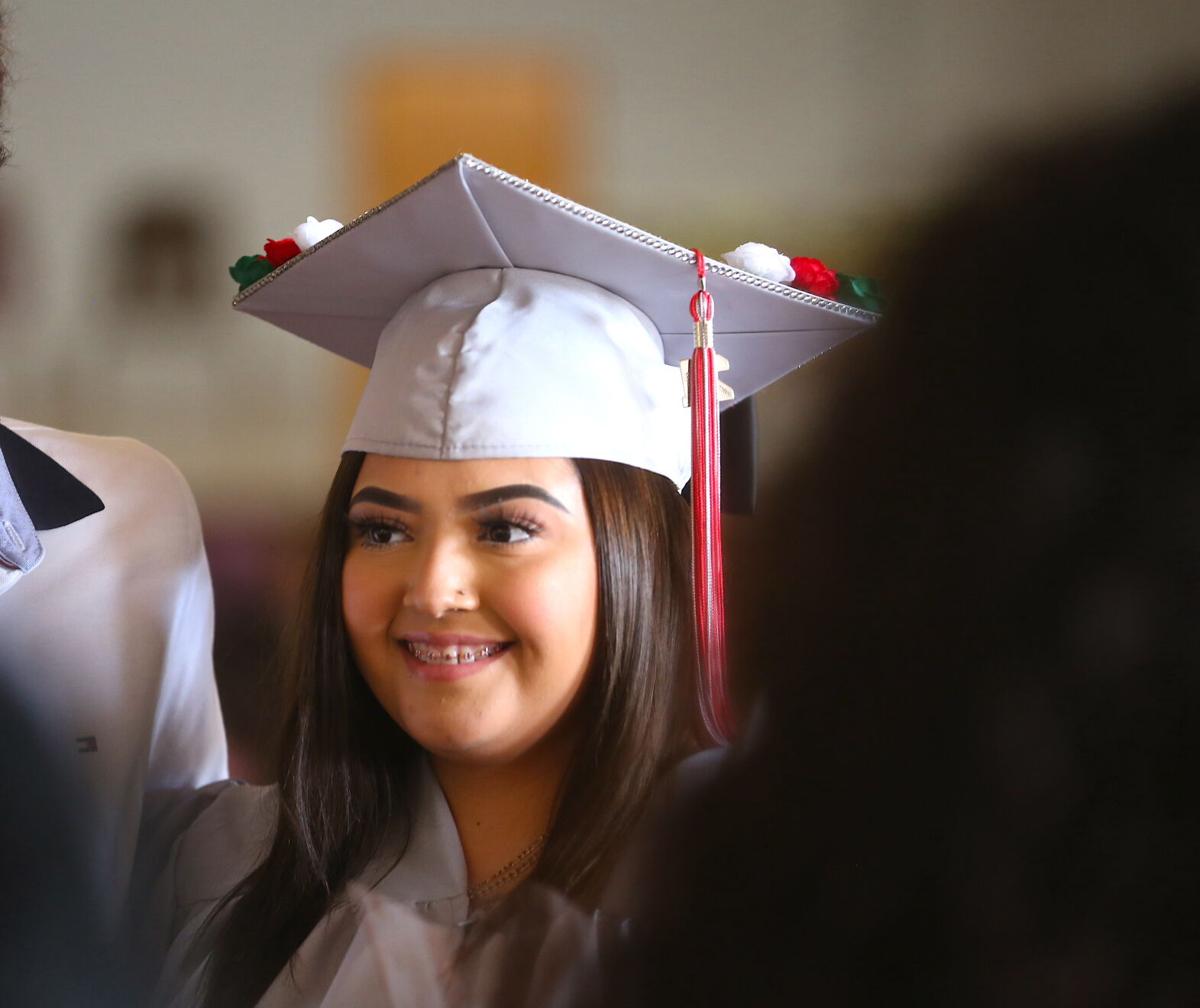 Kayla Hernandez poses with her family at the Bisbee summer graduation ceremony. 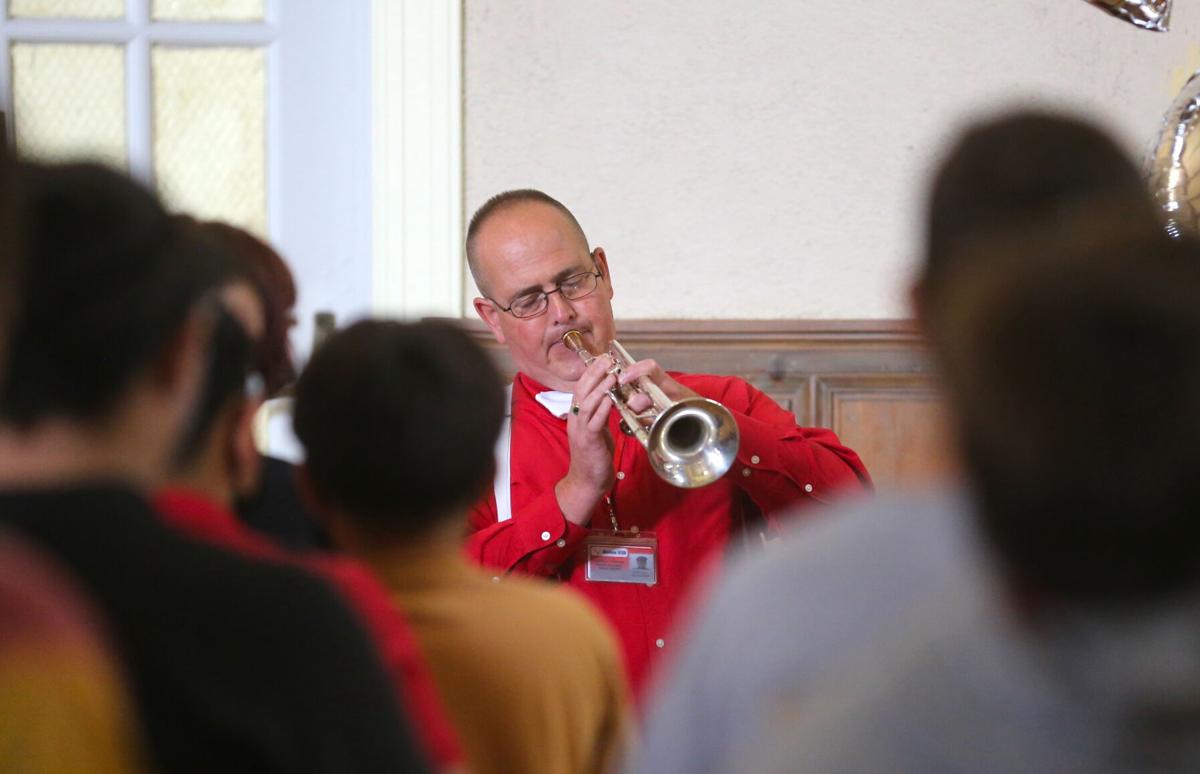 Kayla Hernandez poses with her family at the Bisbee summer graduation ceremony.

COCHISE COUNTY — School leaders and officials in Bisbee and Sierra Vista unified school districts are reflecting on the importance of their summer remediation programs during the COVID-19 pandemic.

“We want to make sure that they are definitely prepared for success in the next grade,” said Lowell Jr. High School Principal Laura Miller. “We were a little bit worried, of course, with going back and forth between remote and hybrid, back again to remote, back to hybrid, and then back to face-to-face, that we had a couple of kids who were falling through the cracks here.

“We found that having a face-to-face summer school, that will help immensely with transition to the next grade level.”

Bisbee High School Principal Darin Giltner said, “Certainly credit recovery was the name of the game, and we had 21 kids successfully do that. We were able to offer English one through four. We were also able to offer algebra and also geometry ... This is the first time that we’ve been able to do it on this level or scale.”

“We know that our students really didn’t get some of the information that they needed over the past year,” said Weller. “It was tough, it was a hard year. We want to be able to give them that remediation, go back into some of that English language arts and math and really brush up on those skills before they move on to that next grade level.

“And then on the other half, we wanted to say ‘thank you’ to our community for having stuck with us through us this year. It hasn’t been easy for anyone nationwide, and we really wanted to have that opportunity to provide this free program that had fun stuff as well as those remediation (programs).”

Miller said the conversation about having a summer remediation program started at the junior high school in January.

Giltner said this was the first time since he became principal there’s been a summer school of this scale at the high school.

“This is my third year as the building principal, and it’s the first time that we’ve had the opportunity to have a summer school,” said Giltner. “We’ve had some bridge programs in the past ... But this the first that we’ve been able to do this on this level or scale and not have it be something that was just rooted in a software system or online learning system.”

Comparing enrollment in the programs to previous years, Giltner, Miller and Weller all said they’ve seen an increase this year.

Miller said approximately 33% of the student population went to summer school this year. Giltner said 32 high school students initially signed up for the program and 21 completed it.

In addition to SVUSD students, students who attend school outside the district could participate in the Summer Academy for a $300 enrollment fee.

Giltner and Weller said their remediation programs were funded through the Elementary and Secondary School Emergency Relief, known as the ESSER Fund.

“The funding wasn’t always there in the past, and so we were making sure that we took full advantage of our ESSER funds and used them appropriately,” said Giltner. “We had four teachers and 21 kids, so a little smaller classroom size than you’re typically dealing with, but allowed for some bigger project-based learning. We tried to keep it local and pertinent.”

All emphasized how an in-person summer program was critical toward preparing students for the 2021-22 school year.

“Especially at the junior high-middle school level, they needed to be with their peers, they needed to be working with their peers,” said Miller. “A lot of social interaction, a lot of cooperative learning, project-based learning ... Our students are hard-wired, humans are hard-wired, we’re social animals. And when we start denying that, you’re not going to see the growth that you need.

For information, check out the Herald/Review’s podcast episode on the Daily Chirp and the video feature on our YouTube Channel.