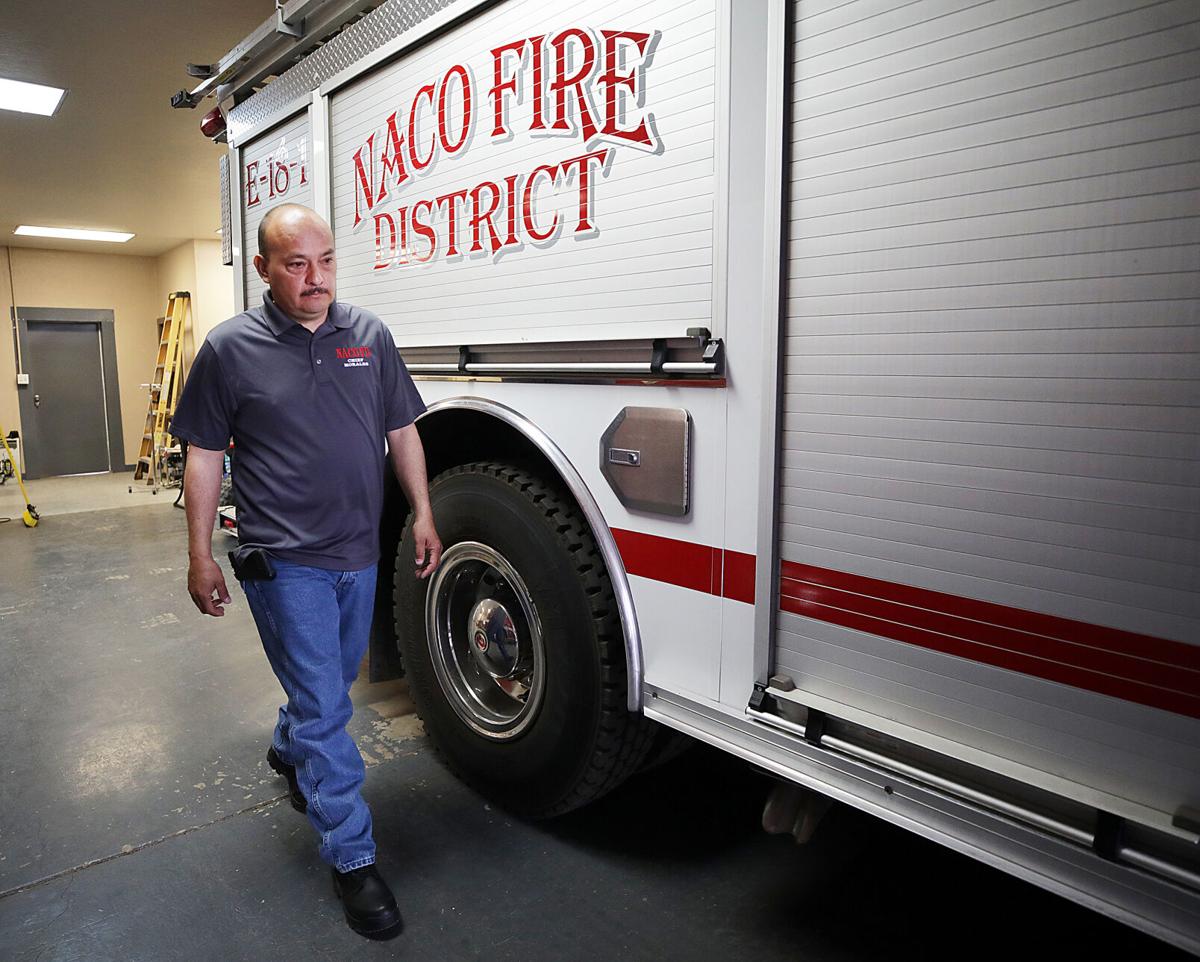 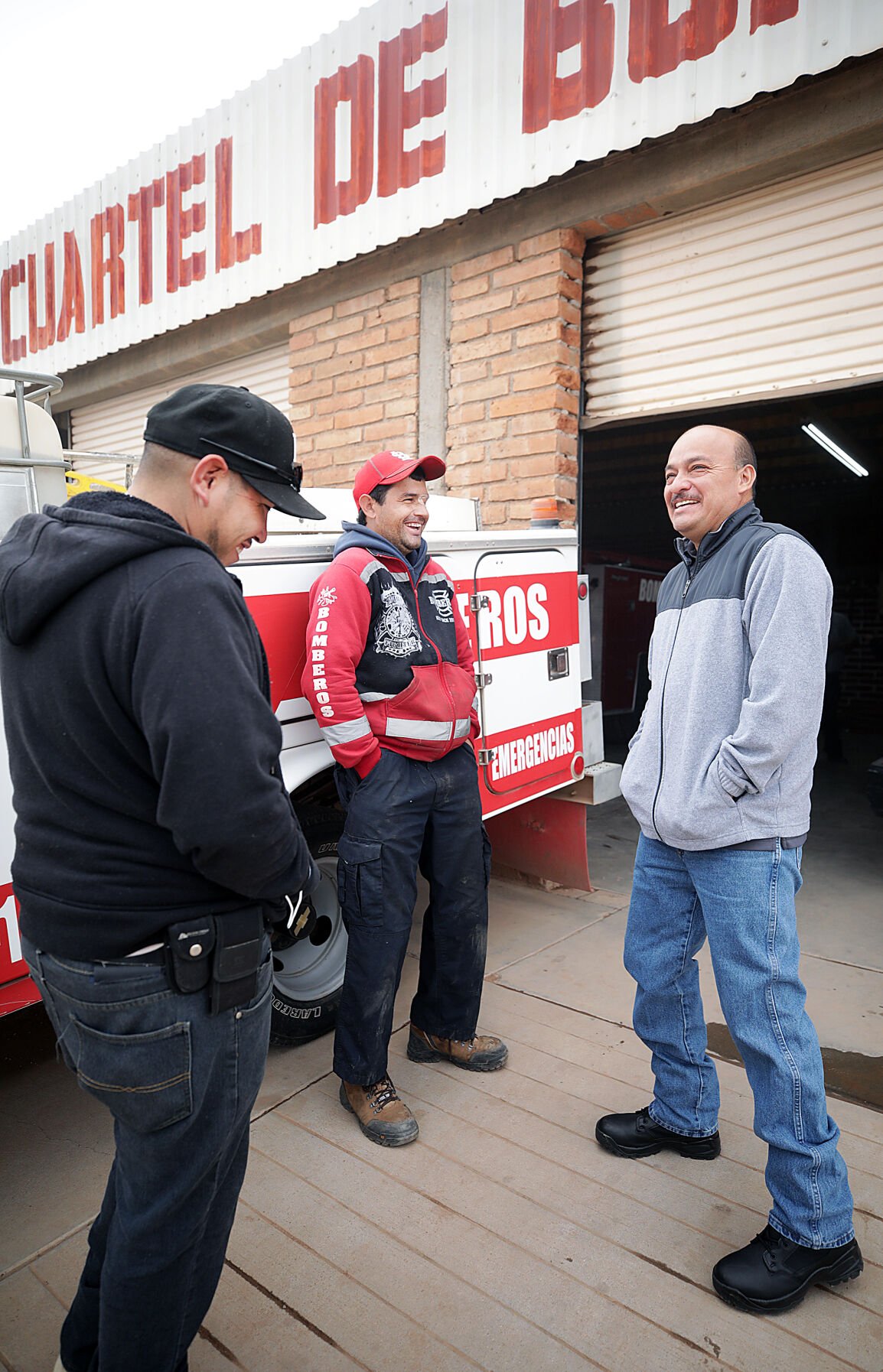 Naco, Sonora, Fire Chief Jesse Morales chats with two of the company’s firefighters in front of the station house. 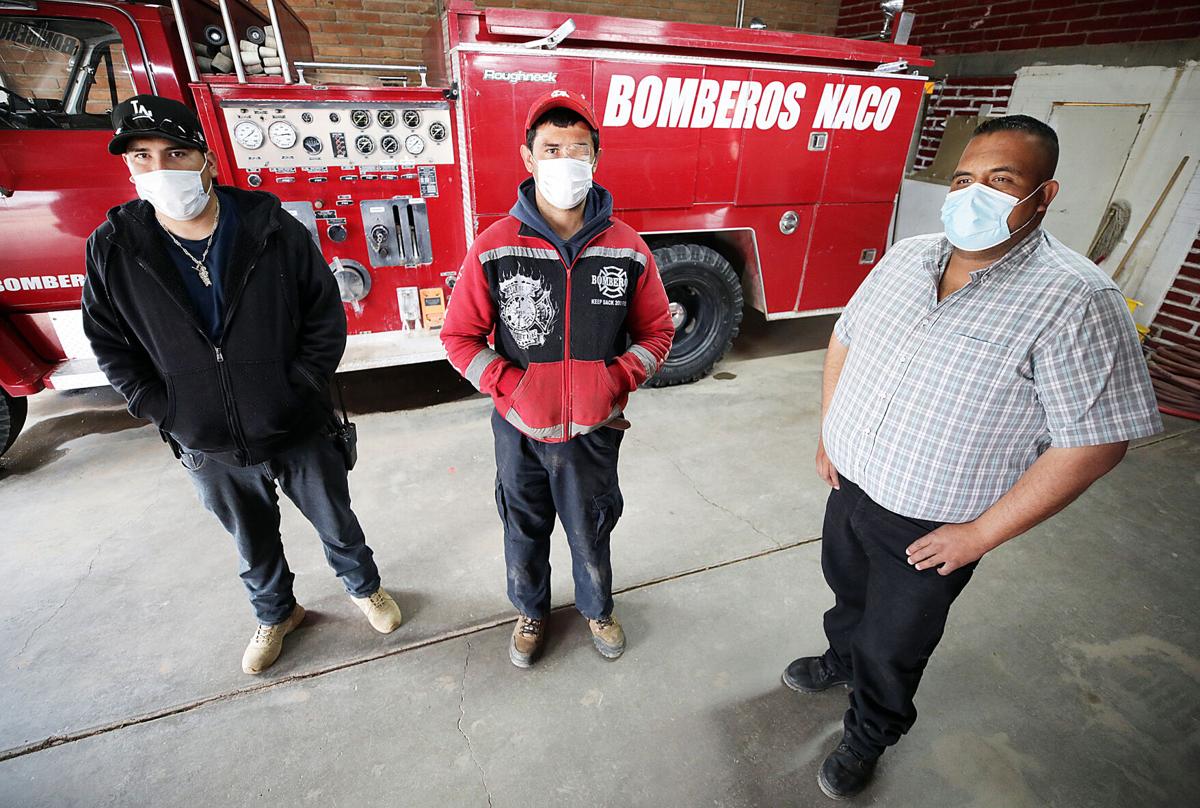 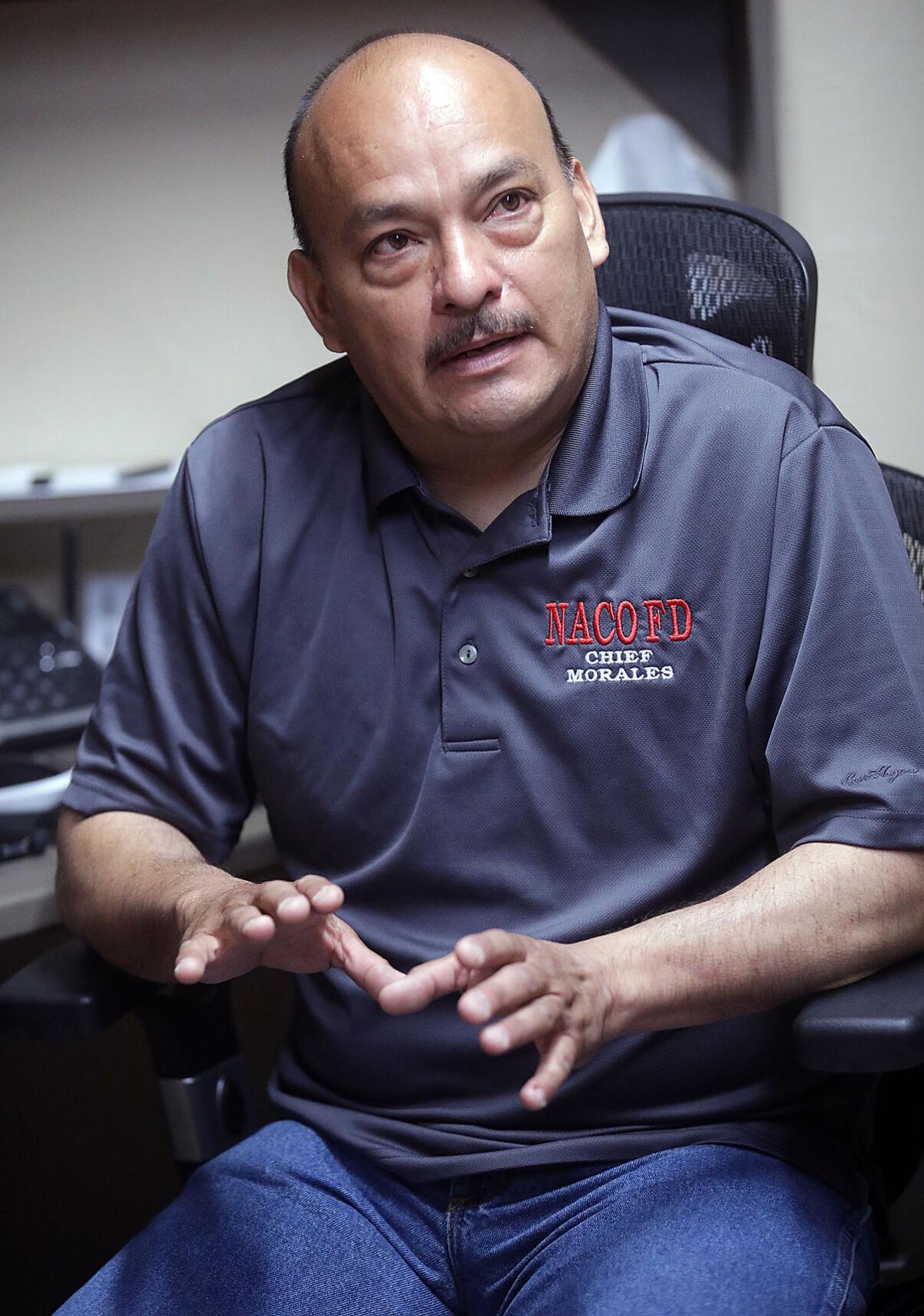 Naco, Sonora, Fire Chief Jesse Morales chats with two of the company’s firefighters in front of the station house.

But for the 45-year-old Morales, being fire chief in Naco, Arizona and Naco, Sonora, just seemed like a natural fit.

Morales’ grandfather began serving with Naco Fire in Arizona in 1959. Morales was taught about the fire service and he began helping out at the fire station as a teenager.

“We were one of the only fire departments that would respond to Naco, Sonora, back in the day,” Morales said.

Over the years and after working with his grandfather, Morales formed relationships with different fire chiefs and mayors in the Mexican border town of about 6,400 people.

He described a time in Mexico during which fire chiefs served at the will of whichever political party was in power. When Naco, Sonora, Mayor Andrea Ramos was elected about three years ago, she began introducing changes slowly. One of them, Morales said, was the creation of a fire board that would be responsible for naming the town’s fire chief.

In November, Ramos asked Morales if he would consider working for her as the fire chief in the 13-man volunteer department.

“The mayor approached me and asked me if I was willing to take it on,” Morales said. “We’ll see what happens.”

The challenges Morales was faced with had little to do with the physical task of driving back and forth between the two Nacos and everything to do with a department on the Mexican side that was in dire need of working equipment from water hoses to fire trucks.

The firefighters — known as “bomberos” in Spanish — didn’t even have uniforms.

Morales’ first order of business when he took the job in November was to appoint a deputy fire chief. He chose the man who had helped the mayor recruit him, 31-year-old firefighter Francisco Flores.

“On the first day I got there, we did an actual inspection,” Morales said. “We were basically starting from scratch.”

“When I walked in there they had maybe four 50-foot hoses that leaked more water than came out of the actual nozzle,” Morales said. “They maybe had two working nozzles. They had one truck that leaked like crazy. They had a truck that was broken for two years. They had another truck that hadn’t been serviced in a year.”

Morales reached out to a mechanic friend who serviced the older trucks. Ramos told him the city would pay for all the parts and Morales was able to get them at cost after a shop owner in Naco, Sonora, offered the help.

“i started looking for hoses and nozzles and anything I could get my hands on,” Morales said. “We (Naco, Arizona) had some stuff lying around, so I took it across.”

Even though many of the pieces of donated equipment are outdated, Morales said they would be welcomed at the Naco, Sonora, Fire Department.

This past week, an anonymous benefactor came forward in Naco, Sonora, and offered to buy the firefighters shirts that will be emblazoned with the name of their department, Morales said.

Deputy Chief Flores said one of the reasons he wanted Morales as the fire chief in his town is because he knew Morales could get things done.

“I love this too much,” Flores said of the fire service. “I wanted to recruit Chief Morales because of his experience and because I knew he would make things better. I knew he would help build it up.”

Capt. Brandon Davey of Bisbee Fire said his department has always had a “close working relationship” with Morales. Davey said Morales will be an asset to Naco, Sonora.

“I know he can help them a lot,” Davey said.