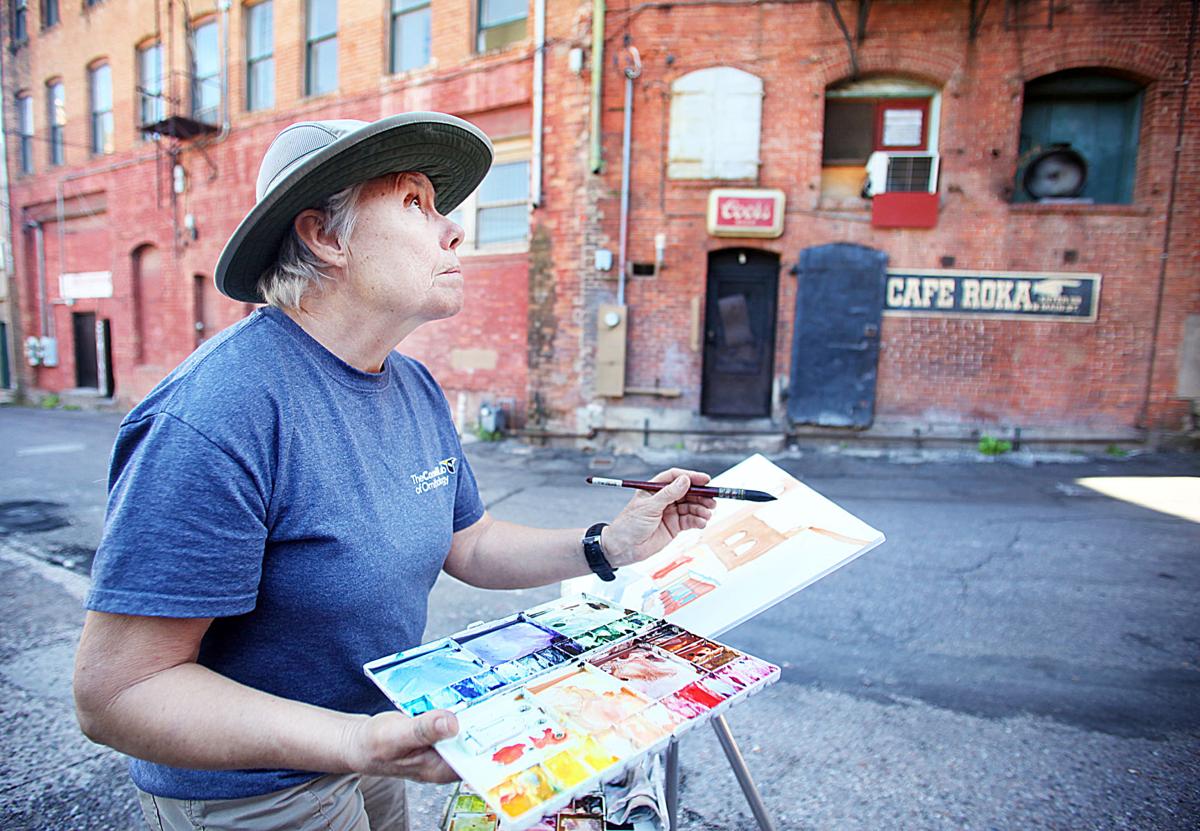 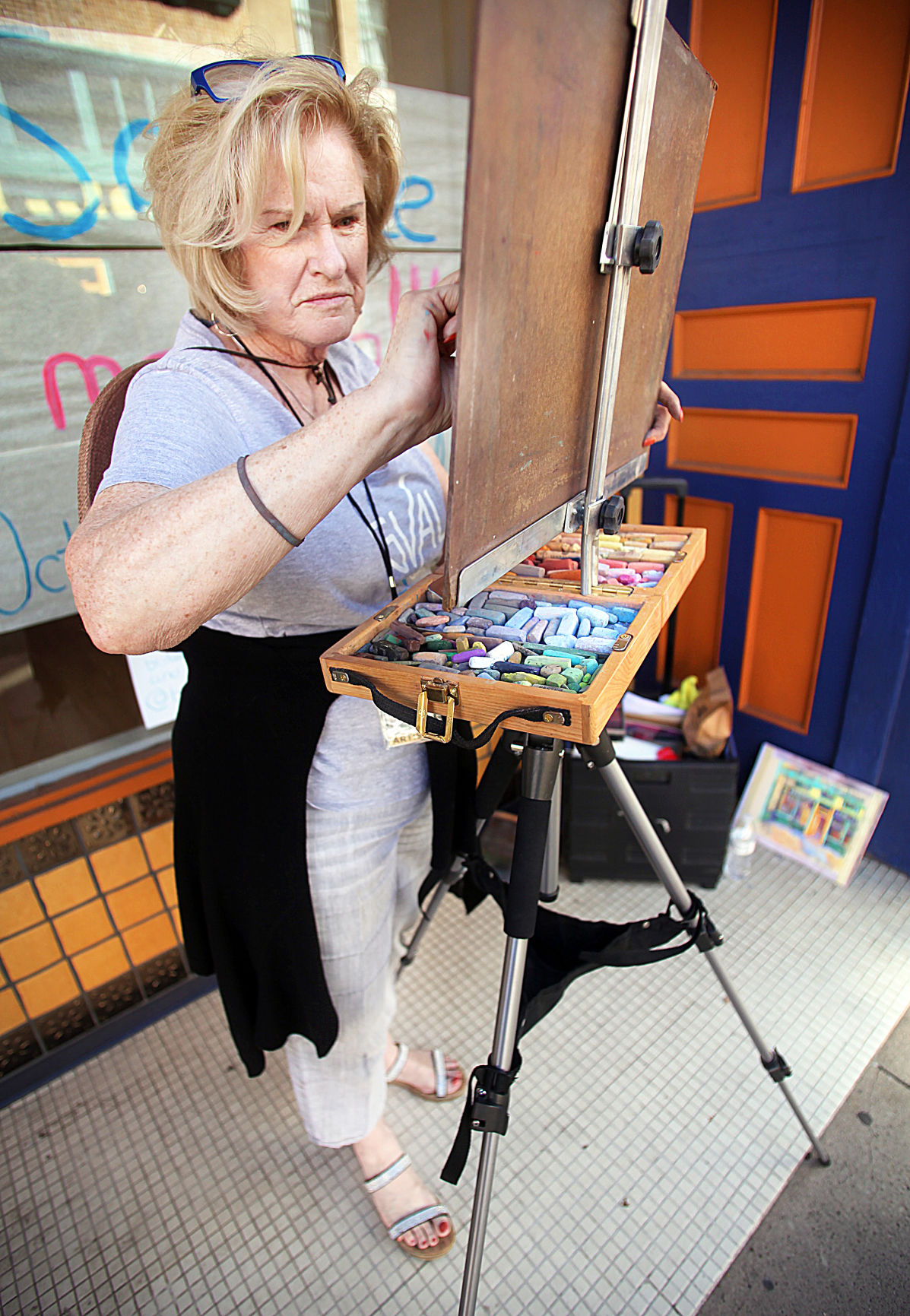 Glendale resident Donna Branson uses soft pastels while participating in this year’s Plein Air Festival. A portion of the proceeds from the festival goes to the Central School Project in Bisbee.

Glendale resident Donna Branson uses soft pastels while participating in this year’s Plein Air Festival. A portion of the proceeds from the festival goes to the Central School Project in Bisbee.

BISBEE — While judges chose three out-of-town artists for the top prizes at the 2019 Plein Air Painting Festival this weekend, it was a local painter and gallery owner who took the prize awarded by the public.

Carol Chandler, owner of Sense of Place gallery in Brewery Gulch, said she features the work of local artists in her studio at 63 Brewery Ave. So when she was given the People’s Choice award at the four-day festival where artists paint scenes from all over Old Bisbee as they sit outdoors, she was taken aback.

“I was surprised and honored,” Chandler said Tuesday.

The 53-year-old, who hails from Massachusetts but has been living in Old Bisbee for four years, said she painted an early-morning scene of Subway Street.

“I wanted to catch the early morning light and shadows,” she said.

The first place award went to Phoenix-based artist Tom Connor. Second place was taken by Randy Cole of Green Valley and third place was awarded to Julia Patterson of Tucson. Each winner received a cash prize.

In all, 36 artists from as far away as California competed in the event. Organizer Laurie McKenna, executive director of the Central School Project — which sponsored the event with Bisbee After 5 — said about 75 percent of the participants were out-of-towners.

“That’s what we’re trying to do, attract artists from different areas so they can come to Bisbee’s arts community,” McKenna said.

She said the judges had a challenging time choosing winners “because the quality of the work was so high.” Every artist was asked to submit four paintings.

The winning artists each said they had been painting or drawing since they were tots.

“Painting is my first memory — I think for all of us,” said Cole. “I majored in painting and design, but then life took over.”

The 71-year-old Cole said he retired and moved to Green Valley and picked up the paint brush again in 2015. He competed in the Plein Air Painting Festival in 2018 and won third place.

Connor, 52, said he paints because it’s a “fun pastime.” He said he had been thinking of participating in the event for a while, and decided this was the year. He owns a gallery in Phoenix.

“The timing was good for me,” Connor said about entering his work. “I was always interested in (art) as a kid. Plein air is definitely more fun. I was painting all over town.”

Patterson, who was born into a creative family in Texas, said she was always doing something art-related as a youngster. However, she discovered her love and ability for painting when she was in her 20s.

She was a judge at the event in 2018 and friends encouraged her to enter as an artist this year.

For her, plein air is a physical and emotional experience.

“You feel it, you see it, you smell it,” the 62-year-old artist said. “All your senses are engaged.”

Plein air means “outdoors” in French. One of the greatest plein air painters was Claude Monet.

Cole said the exciting thing about plein air is that it’s a sort of race against time because one is outdoors painting in the available light.

“The sun changes on you,” he said.