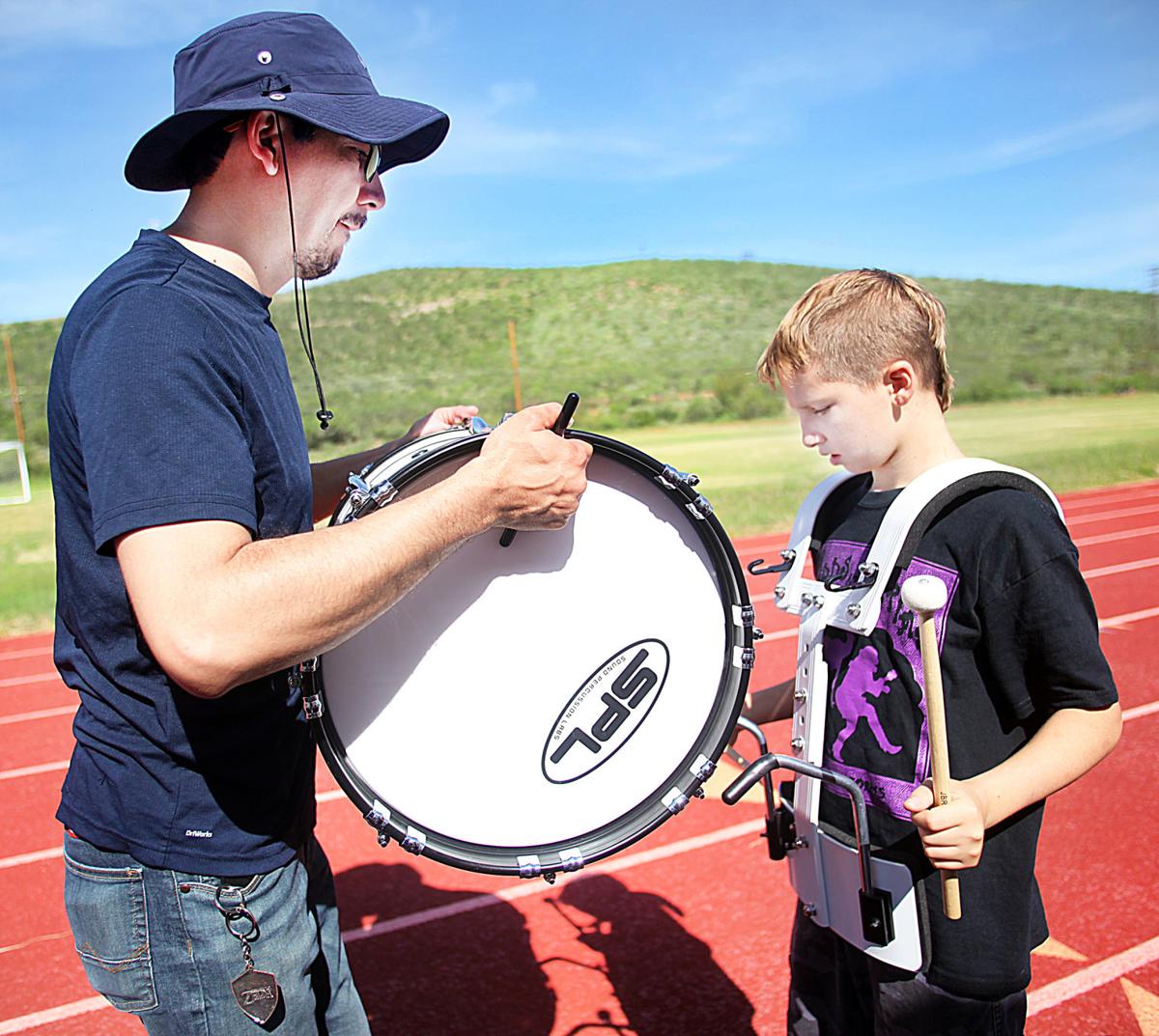 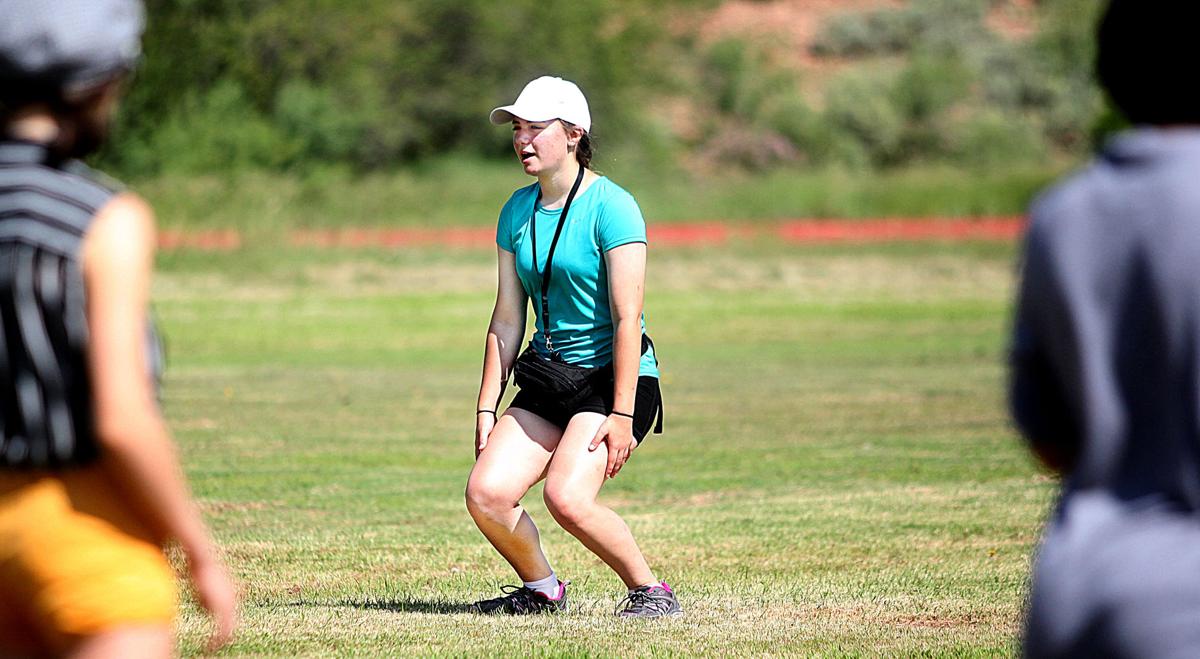 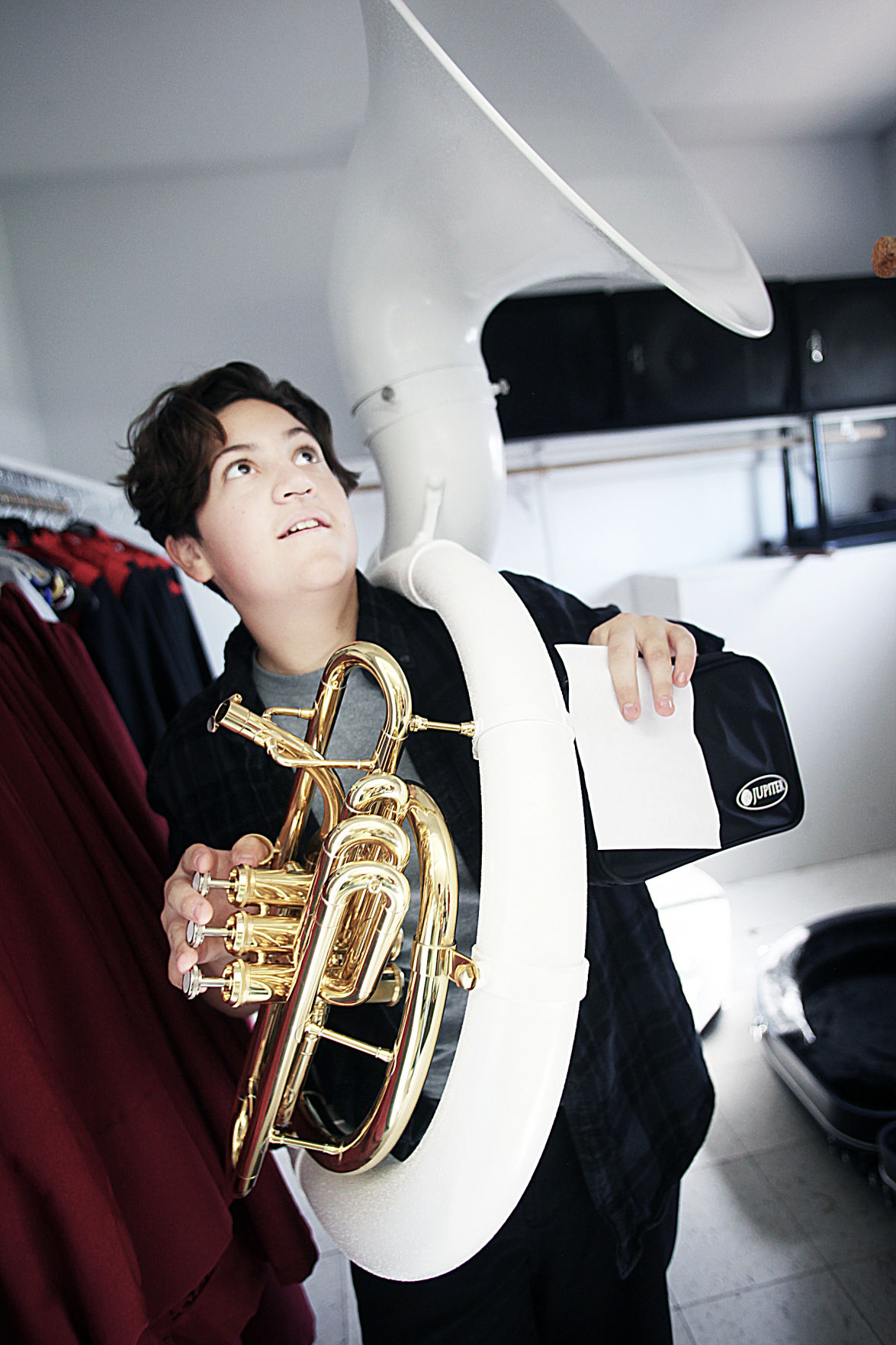 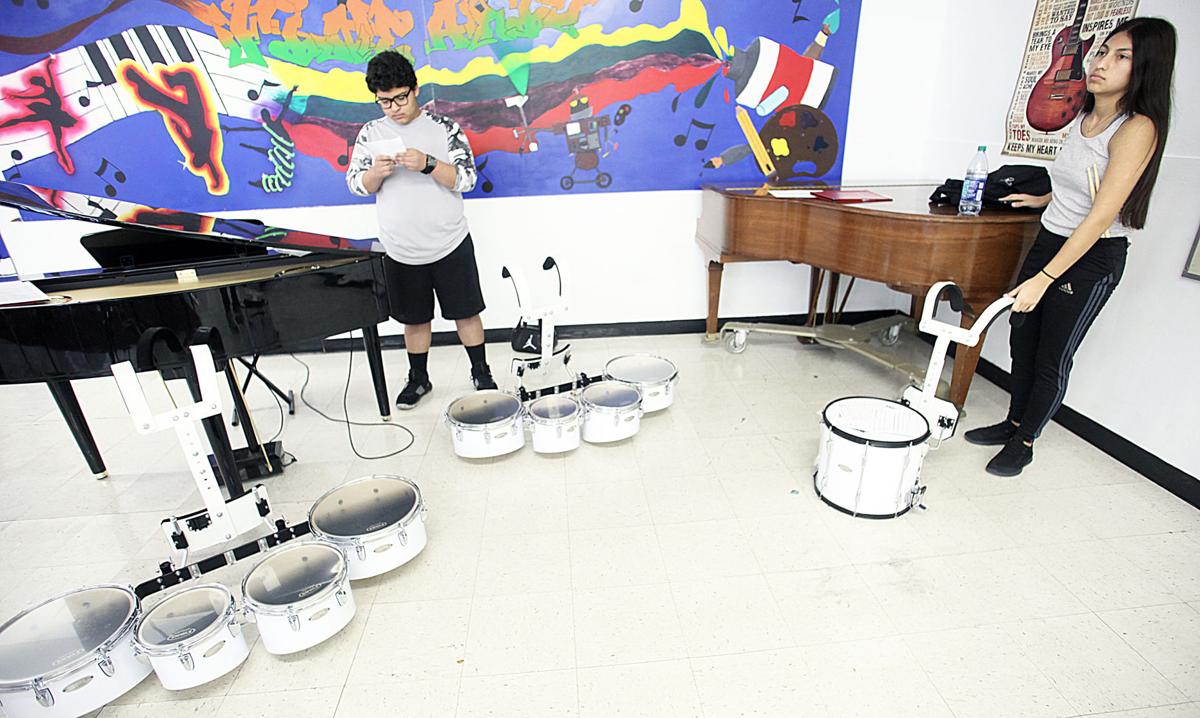 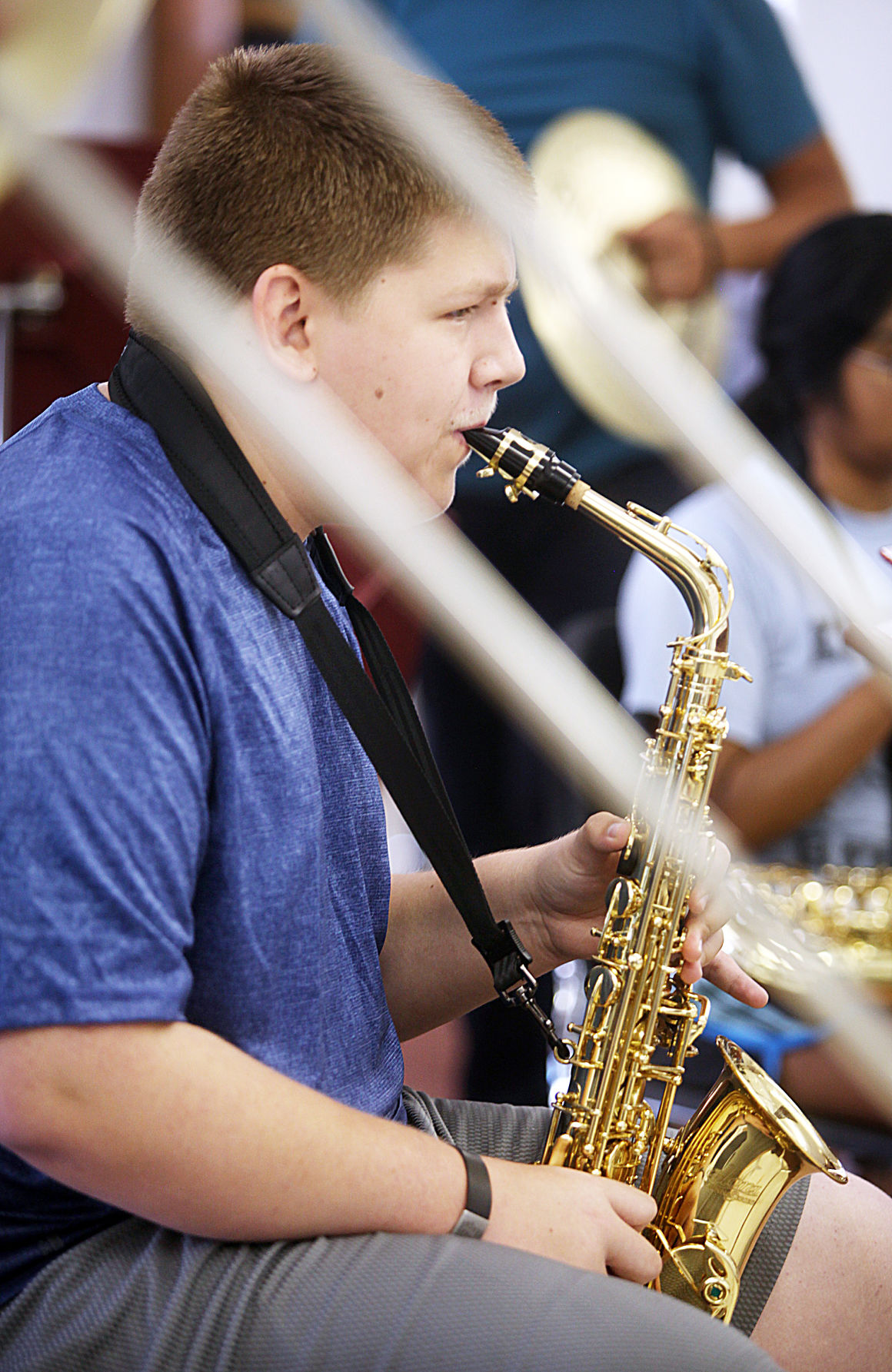 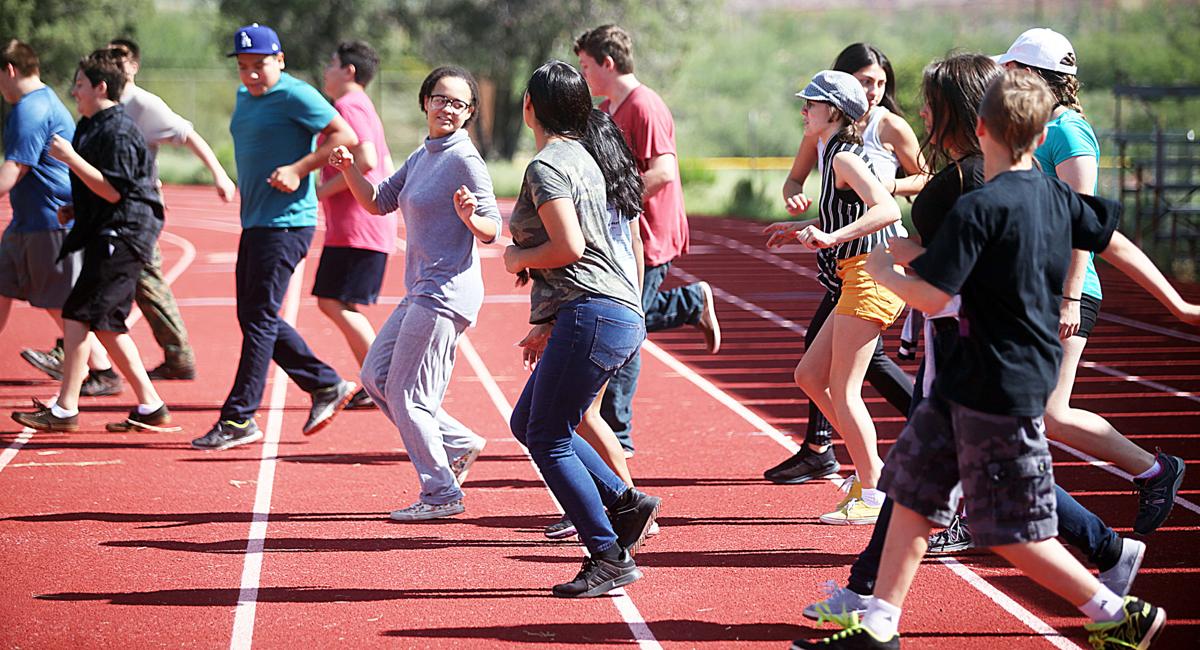 One Bisbee High School student’s curiosity turned into a revitalization for the school’s band students.

Jessie Feller, a senior, approached her band teacher, Francisco Barrios, with the idea of bringing back the marching band. She said the conversation started as “a joke,” kind of like an out-of-this-world idea, but the concept quickly became a reality with the help of Barrios and other school administrators.

“(We’ve had) really positive feedback from the student body, the district and the community,” Feller said. “It’s great knowing people are hyped about this.”

Feller said the administration helped purchase new instruments, including the drums for the drumline, so the new band was prepared for the upcoming school year. The official announcement that a marching band was returning to the high school was made in March.

“We are thrilled to have our music students working toward marching-band performances at this year’s football games,” Bisbee High School Principal Darin Giltner wrote in an email to the Herald/Review. “ ... Many of them have put in lots of additional hours and practice to make this a reality. Our drum major this year is Jessie Feller and she has been a great leader for them in the preparations for these performances.

“Playing an instrument is challenging enough, but when you add marching and formations to the mix, the students are learning how important their breathing and pacing become. It will be great to watch them grow with each performance.”

Barrios, who is in his third year teaching at Bisbee, said when Feller approached him early last school year, he decided to help her and put his trust in her because it reminded him of a significant moment in his life. When Barrios was a student in Mexico, he and a band he was in were supposed to play in a parade but the director got sick and wasn’t able to lead, so he asked Barrios to organize the performance. It was after that experience he wanted to become a band teacher, which Feller also wants to do.

“I saw myself in her when she asked,” Barrios said. “Honestly, they’re putting it on on their own. I’m here to help guide.”

The group of students started practicing in the summer when they had a two-week camp on the school’s soccer field. Feller, the drum major, said during the summer they focused on the basics of marching, since none of the members have experience in a marching band. The band will play the national anthem, the fight song and “Crazy Train” at home football games. Feller said they use class time to rehearse the music and there are extra practices on Friday, when school isn’t in session, to practice the steps and formations.

One of the reasons the marching band was able to return — the school hasn’t had one since the early 2000s — is the increase in music students this year. Last school year, Barrios said he had 22 students, most of whom were students from Lowell Junior High School.

This year, he has 26 high-schoolers, 20 of whom are freshman. Three middle-schoolers will join the marching band for the drumline. Barrios said even though most of the kids he has are underclassmen, they have been playing together for two years so he considers them “advanced” and credits that to why they have good chemistry.

The marching band will make their debut on Aug. 30 at the Bisbee vs. Douglas football game at Warren Ballpark.