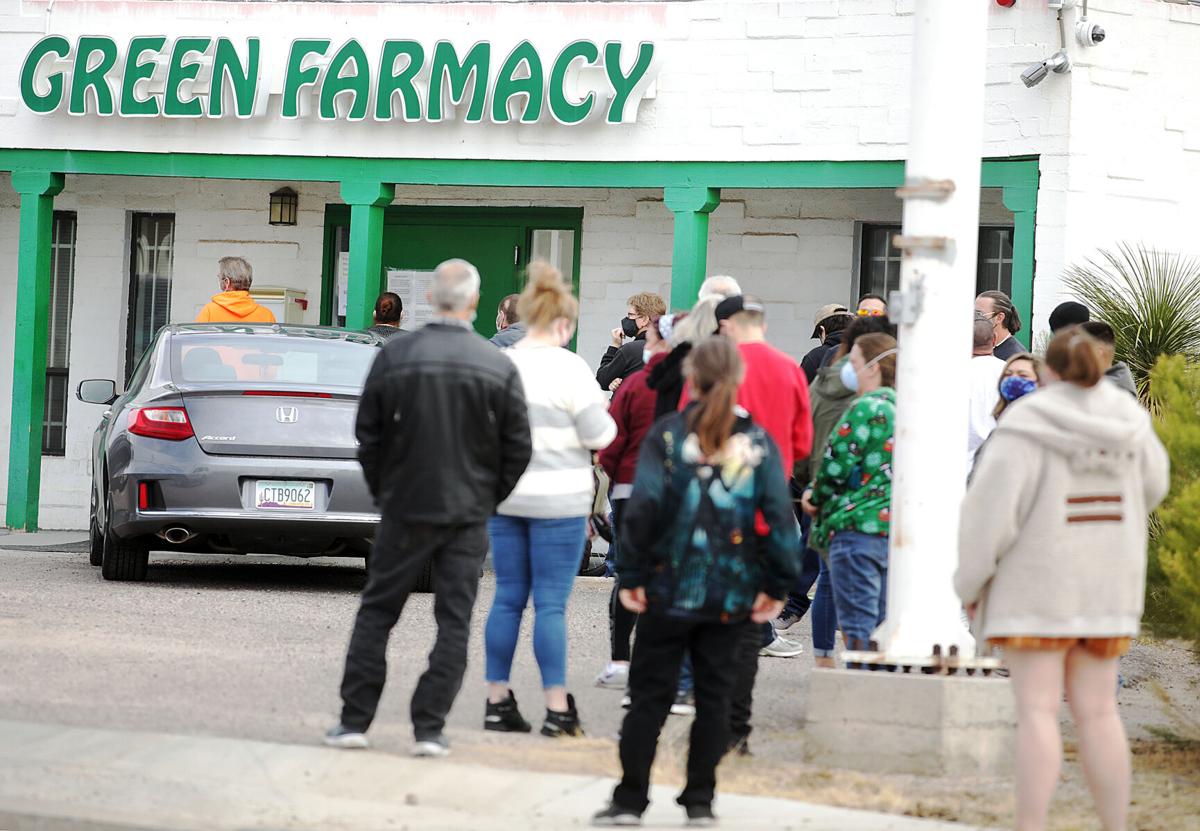 People patiently wait their turn as the Green Farmacy in Bisbee opens for business Tuesday. 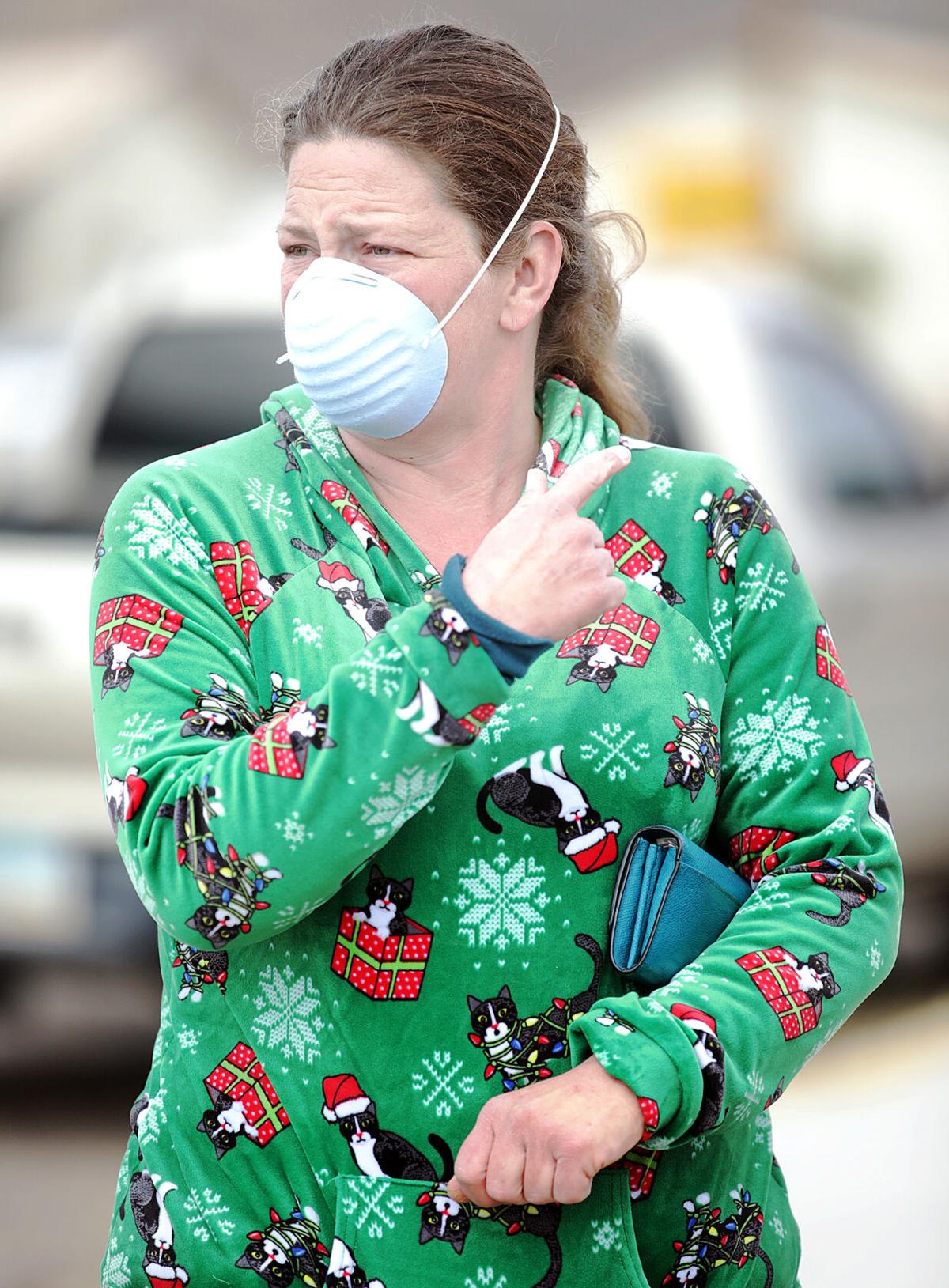 Sierra Vistan Renee Hopkins talks about the availability of medical marijuana versus the demand for recreational marijuana Tuesday next to Bisbee’s Green Farmacy. 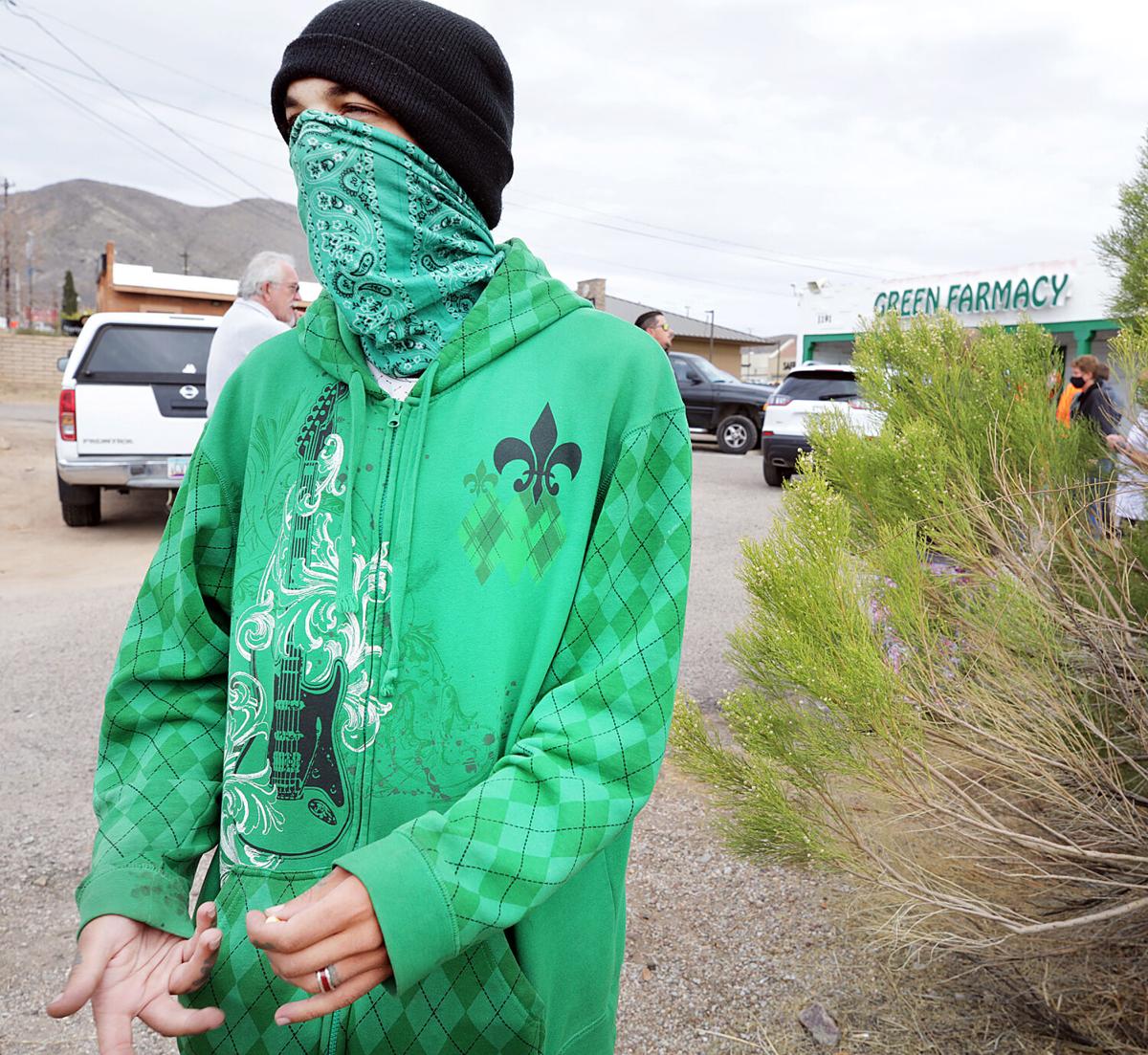 People patiently wait their turn as the Green Farmacy in Bisbee opens for business Tuesday.

Sierra Vistan Renee Hopkins talks about the availability of medical marijuana versus the demand for recreational marijuana Tuesday next to Bisbee’s Green Farmacy.

BISBEE — Some medical marijuana cardholders are beginning to fret that the onslaught of recreational pot users now flocking to dispensaries to get their gummy bears and brownies will empty the shelves and leave no weed for those with chronic pain and illnesses.

That was the concern from at least two medical marijuana users standing on line Tuesday outside the Green Farmacy on South Naco Highway.

Renee Hopkins of Sierra Vista arrived at the dispensary at about 12:30 p.m. and there were already more than 20 people ahead of her. Hopkins, 40, said she doesn’t think the dispensary will run out of what she needs but she has been told in the past that the supply was limited.

“They’ve never run out but there has been some extreme shortage,” Hopkins said.

The passage of Proposition 207 in November legalizes the possession, use and cultivation of marijuana for people who are at least 21 years old. There are limits, however, on how much individuals may possess and cultivate. Recreational users also must pay an excise tax of 16 percent when they purchase marijuana.

While medical marijuana cardholders have advantages over recreational pot users — there are no age limits, they can purchase more and they don’t have to pay the excise tax, among others — the legalization of marijuana has opened the floodgates and prompted lengthy lines at places like Green Farmacy, which sells to both medical and recreational users.

The dispensary — the only one currently in Cochise County — had not been open an hour on Tuesday and the line stretched from the front door to the sidewalk. Some patrons even parked on Naco Highway.

“I just got here right now and that’s what I heard that they ran out of medical (marijuana),” said James Burton, 27, also of Sierra Vista. “I mean, I’m all for everybody being able to come down and get their recreational, but what about the people who spent the money to get their medical card?

“It’s like you were to go to the pharmacy and they would tell you, ‘Sorry we don’t have your medicine here,’ “ said Burton, who suffers with post traumatic stress disorder.

The management at Green Farmacy did not return a call on Tuesday regarding how they’re handling the demand by medical cardholders and recreational users. Medical marijuana became legal in Arizona in 2010.

According to the Arizona Department of Health Services, which is responsible for licensing and regulating dispensaries, medical marijuana cardholders may purchase up to 2.5 ounces of marijuana over a 14-day period and recreational users may only purchase up to one ounce. Additionally, there are no restrictions on the potency of the marijuana in edibles for a medical user, while edibles purchased by a recreational user will be capped at 100mg per edible.

A manager at The Prime Leaf, a dispensary in Tucson with two locations in the city, said their facility is selling only to medical marijuana cardholders. He said the business is preparing to open its doors to recreational users in April, but management wants to plan and make some changes to their stores so they can serve both groups.

“We’re letting all our patients know that we’re planning and working on some changes infrastructurally, such as adding more computers and more employees (to be able to serve both medical and recreational customers),” the employee, who did not want to be identified because he is also a medical marijuana patient, said Tuesday.

He said the dispensary has served some patients from Cochise County recently.

Hopkins, who has had her medical marijuana card for four years, said she thinks all the excitement and rush to dispensaries by recreational users will die down eventually.

“I think there’s just a statewide marijuana shortage, but that would be natural because it was just recently legalized,” she said. “I think most of us are pretty logical and reasonable and I think we realize that in a couple of months this will die down a bit. Hopefully Arizona will begin to grow and cultivate more (marijuana.) That’s what the hopes are, anyway.”

Burton agreed: “There just needs to be more dispensaries, they need to be able to meet the demand.”