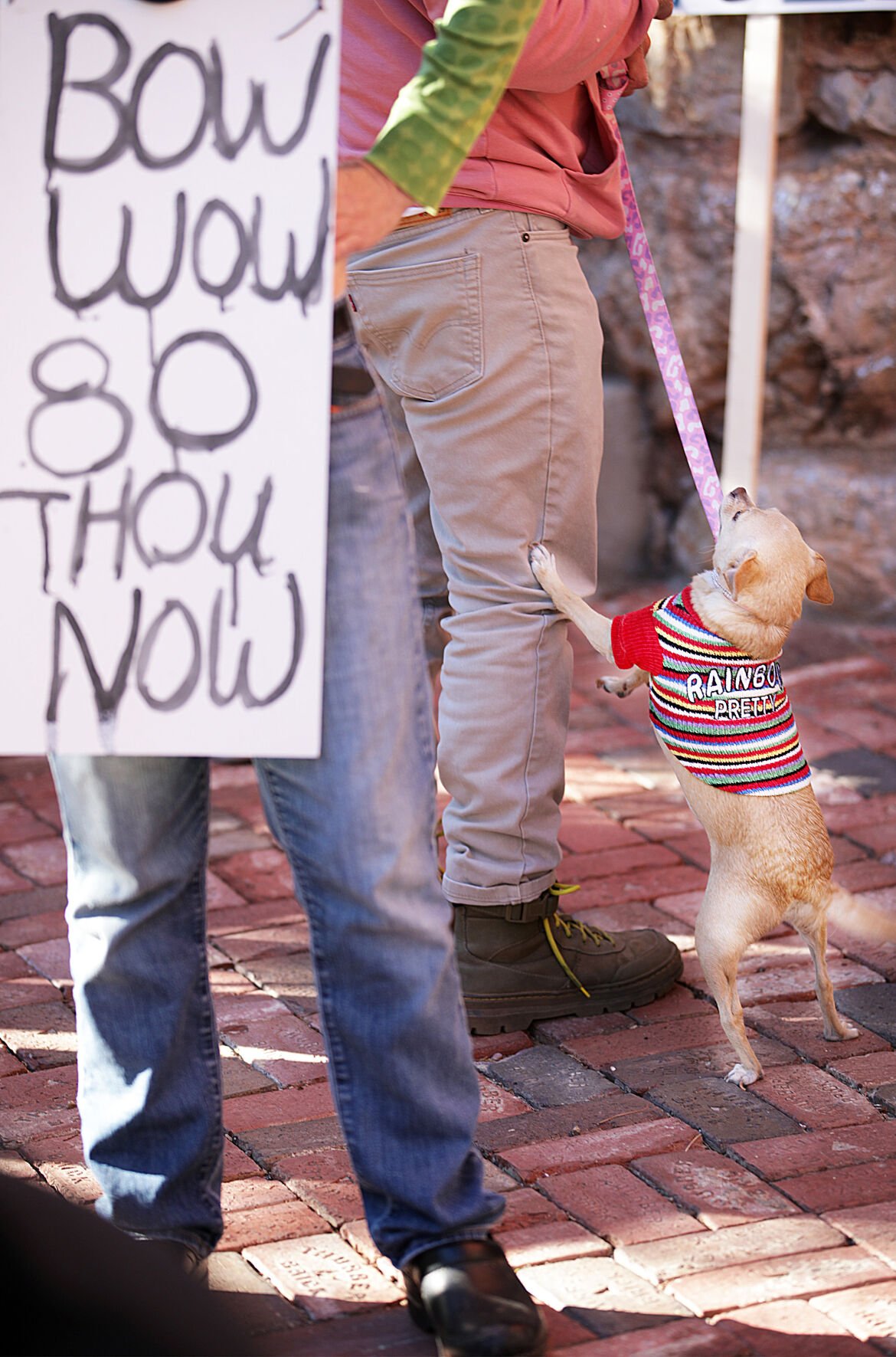 A large rally in support of saving the Bisbee Animal Shelter took place in November. 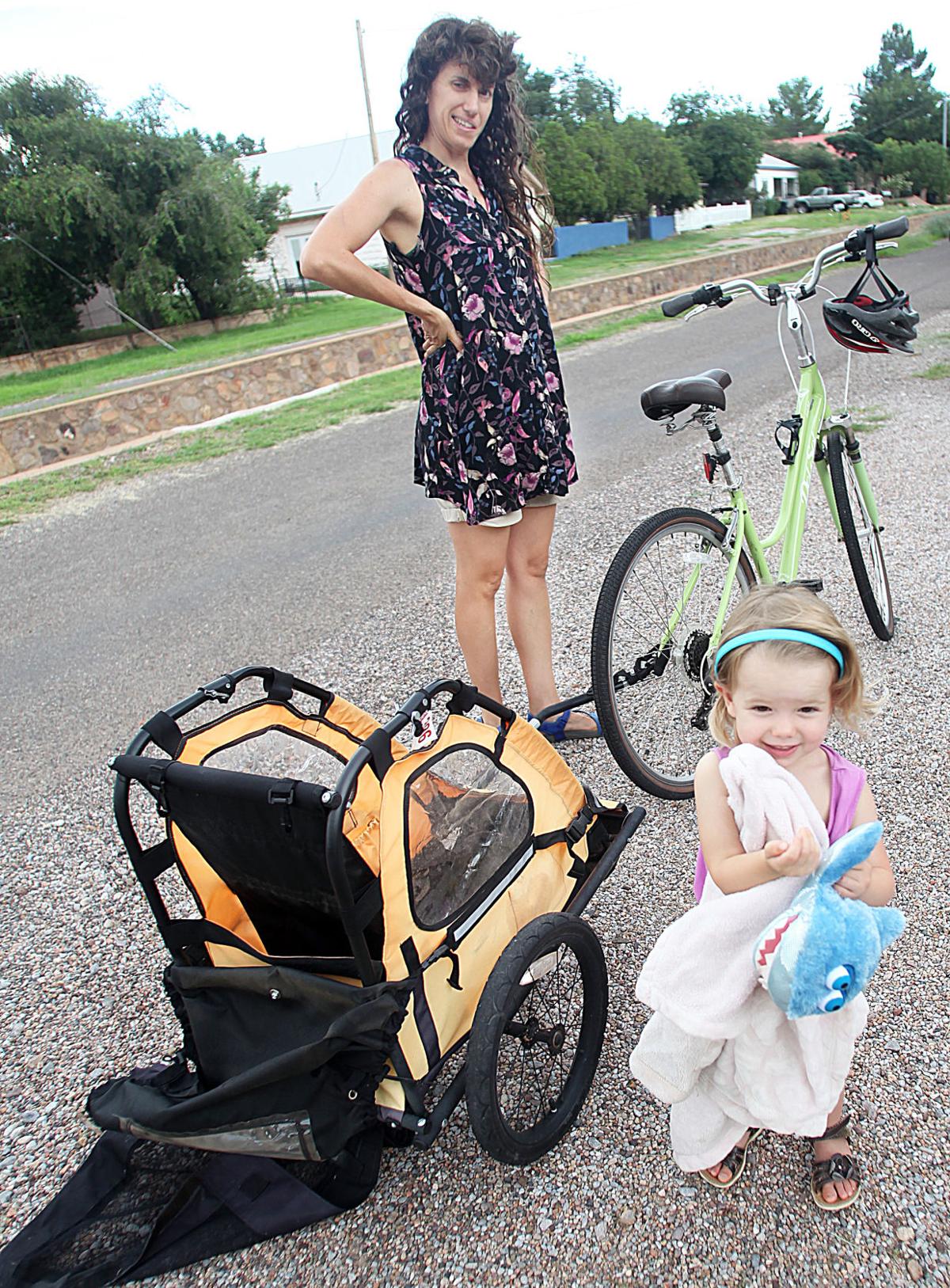 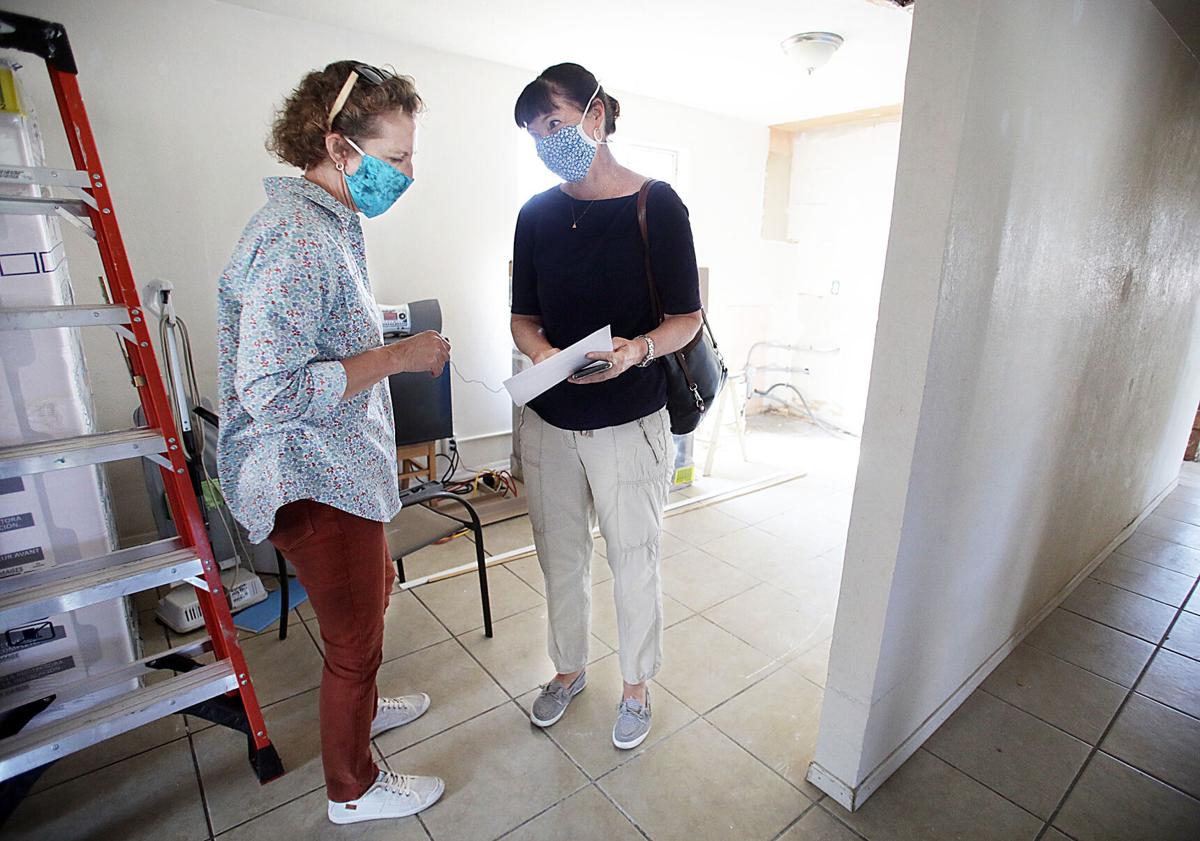 Bisbee City Manager Theresa Coleman, left, and Step Up Bisbee/Naco board member Danielle Bouchever, chat in a home that is being renovated.

A large rally in support of saving the Bisbee Animal Shelter took place in November.

Bisbee City Manager Theresa Coleman, left, and Step Up Bisbee/Naco board member Danielle Bouchever, chat in a home that is being renovated.

BISBEE — Just like other small towns across the state, the economy in the mile–high city has suffered economically from the COVID-19 restrictions as revenues declined.

Though many restrictions have been redefined, the city still faces an uphill battle, not just because of the virus but because voters failed to pass a 1 percent sales tax increase, money the mayor and city council had banked on for the fiscal 2020–21 year.

In the beginning months of the pandemic, Bisbee was relatively unscathed as were many communities in Cochise County, though the state was racking up thousands of cases. As of May 17, Bisbee had no active cases of the virus.

However, announcing the mandate and having people follow it are two different things, and as people began returning to a sliver of normalcy after Ducey in July allowed restaurants to reopen with a reduced number of patrons COVID–19 cases began their upward trend.

Bisbee’s cases began to rise in the summer as restrictions were loosened. As of Dec. 14, Bisbee had logged 101 cases.

Bisbee voters turned down the proposition that would have added another penny sales tax increase to the city’s revenue, while a penny tax on lodging was approved. Money from the lodging tax goes specifically for promoting Bisbee as an overnight destination. Ken Budge was elected mayor.

Though the committee was disbanded due to irreconcilable differences, more drama ensued when the city manager and mayor, in an attempt to save money, did not renew the $80,000 contract in June with Friends of the Bisbee Animal Shelter, which oversees operations and fundraises to provide care for dogs and cats. Instead, the city went to a month to month agreement.

There was a great uproar when the city manager announced a request for proposals that was different from the way the shelter was being handled in that it did not address all animals brought in by residents, like strays, or animals abandoned by their owners. It only addressed animals brought to the shelter by law enforcement or emergency personnel, which would cost far less than $80,000.

Though Friends did respond to the request for proposals, it was deemed non-responsive by the city manager as it did not break down cost per animal.

When the request for proposals was announced again, Friends submited a revised proposal in December that include the per-animal cost breakdown.

The council voted to pay Friends $4,999 a month through Jan. 31, or until final negotiations with Friends was reached and a new contract could be approved and signed.

Though it has taken a few years, a safe path for cyclists and pedestrians has made it to the Master Plan stage thanks to the work of a number of residents, the city and Cochise County. Meggen Connolley, a permaculturist, began the movement to safely connect the city’s boroughs for non–vehicular travel.

Schools closed due to coronavirus

Bisbee schools were closed due to the virus in March and continued through the remainder of the 2019-20 school year offering remote learning. Bisbee High School senior class did get its graduation memories in a different setting — a drive-through ceremony. Remote learning continued into the 2020–21 school year through September. The district then went to hybrid classes, in which students attend two days a week in person and two days online. On Nov. 17 an increase in positive cases put students and faculty at risk. The schools were shut down, offering only online classes.

A number of properties with rundown homes with tax and sewer service debt were acquired by the city, making it possible to begin an affordable housing campaign. A partnership between the city and Step Up Bisbee/Naco has led to the first home renovated and ready to purchase by Bisbee police officers, firefighters or teachers.

City Manager Theresa Coleman has made a priority to provide affordable housing in the city, which at some point will include an apartment complex.