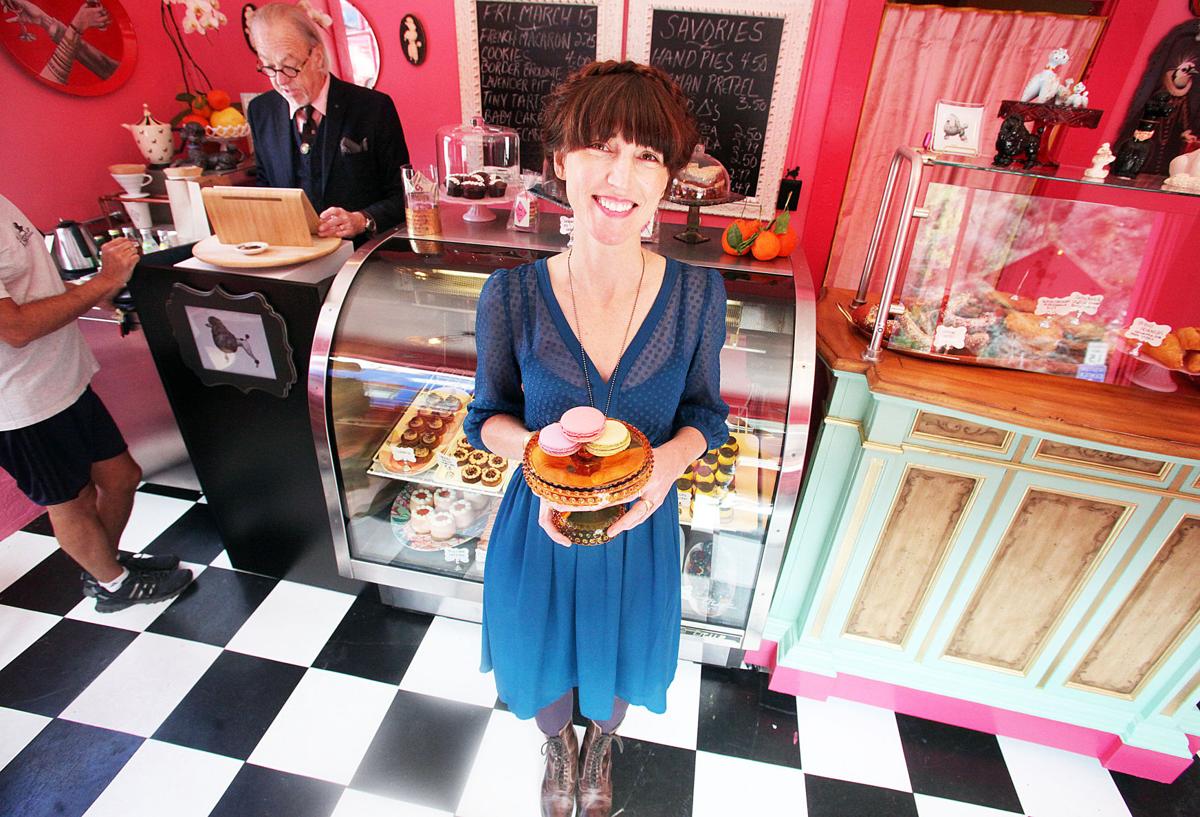 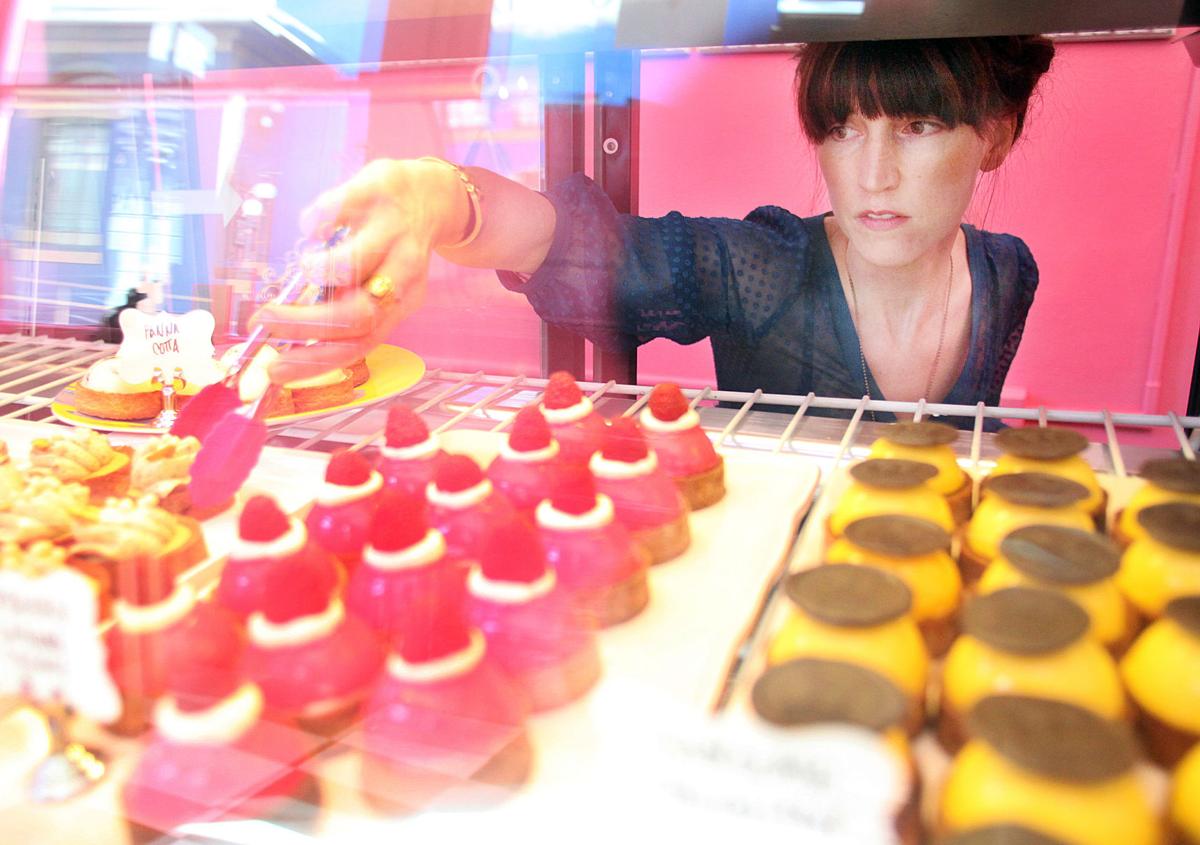 Jacqui Oatman places some freshly baked tarts in the Patisserie Jacqui’s display case. The pastry shop has been open since December of 2018.

Jacqui Oatman places some freshly baked tarts in the Patisserie Jacqui’s display case. The pastry shop has been open since December of 2018.

Those strolling through Old Bisbee will find it hard to pass by the bright pink walls of Patisserie Jacqui and not step inside. Although the bakery only opened in February, it can usually be found full of Bisbee residents and tourists, lining up to peer at the glass case of sweets to decide what exquisitely crafted tart or macaron they want to try.

Opening a shop that would stand out was one of owner and baker Jacqui Oatman’s goals when she decided to take the plunge and open her own business, after years of working in other bakeries, restaurants, and bars.

“There’s nothing wrong with making a big cake and cutting a slice off of it, but I didn’t want to create a formula that was already being executed in several other bakeries or restaurants in town,” explained Oatman, sitting among the pink, poodle-dotted decor of her new shop — an aesthetic inspired in part by the quirky, pastel palette of Wes Anderson films, she said.

“I try to do smaller portions — I try to make each little tart I envision as an individual work of art,” she said. “So, every little piece that you’re getting feels a little precious.”

Oatman’s creative array of sweet and savory baked goods — from the mini, prickly-pear cheesecakes, to the lemon creme tarts topped with whipped mascarpone and edible gold stars, to the German pretzels — are inspired in part by other bakeries she’s visited in the United States and abroad, including those she saw during a recent summer trip to Amsterdam. The Minnesota native first learned to bake under the tutelage of a chef at the Turtle Bread Co. in Minneapolis, she said.

“She gave me everything she knew, and so that just kind of gave me a lot of foundational knowledge, but also the confidence to keep pursuing it, because a lot of what I do know is self-taught,” said Oatman. “You just buy a book that looks interesting and try a really difficult recipe.”

Oatman, who also completed an 11-month pastry program in Minneapolis, moved to Bisbee with her husband, Tom, in 2013, and she spent time getting to know the community and working at several of the town’s other great eateries before opening up Patisserie Jacqui. The shop is only open Friday-Sunday for the time being, as Oatman works to keep the bustling business stocked with sweets.

Customers have been responding to the labor of love. Bisbee resident Roger Thorson, who stopped in for a treat on Friday morning, said that he is a frequent customer.

“The quality is amazing,” he said. “We’re not in Paris, we’re in Bisbee, but you wouldn’t know it.”

Tom Oatman, a New York native who helps out his wife in the shop, said that visiting Patisserie Jacqui is a “unique experience.”

“That includes the product and the environment,” he said. “Her presence on instagram and social media has been an incredible draw for a younger generation of people in Bisbee.”

While Oatman wasn’t initially sure what kind of reception the shop would get, the positive response from the community has been encouraging, she said. Moving forward, she hopes to upgrade her equipment so that she can bake even more unique European and American-style creations.

“I’m finally doing something I’m really passionate about — I was afraid to jump for so long, and I’ve done a lot of working for other people,” she said. “Now, I’m finally getting to do my own thing.”

For more information about Patisserie Jacqui, visit the bakery’s Facebook or Instagram pages, or check out their location on 91 Main St in Old Bisbee.