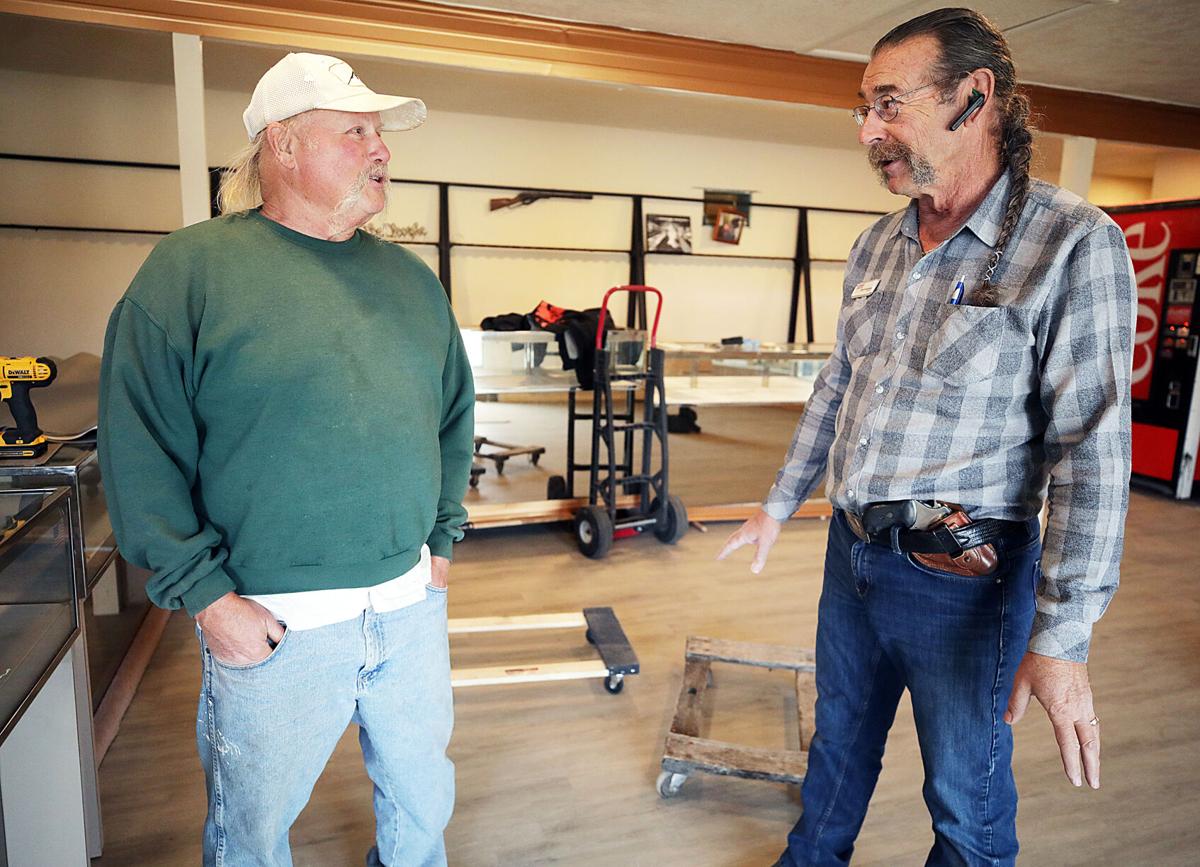 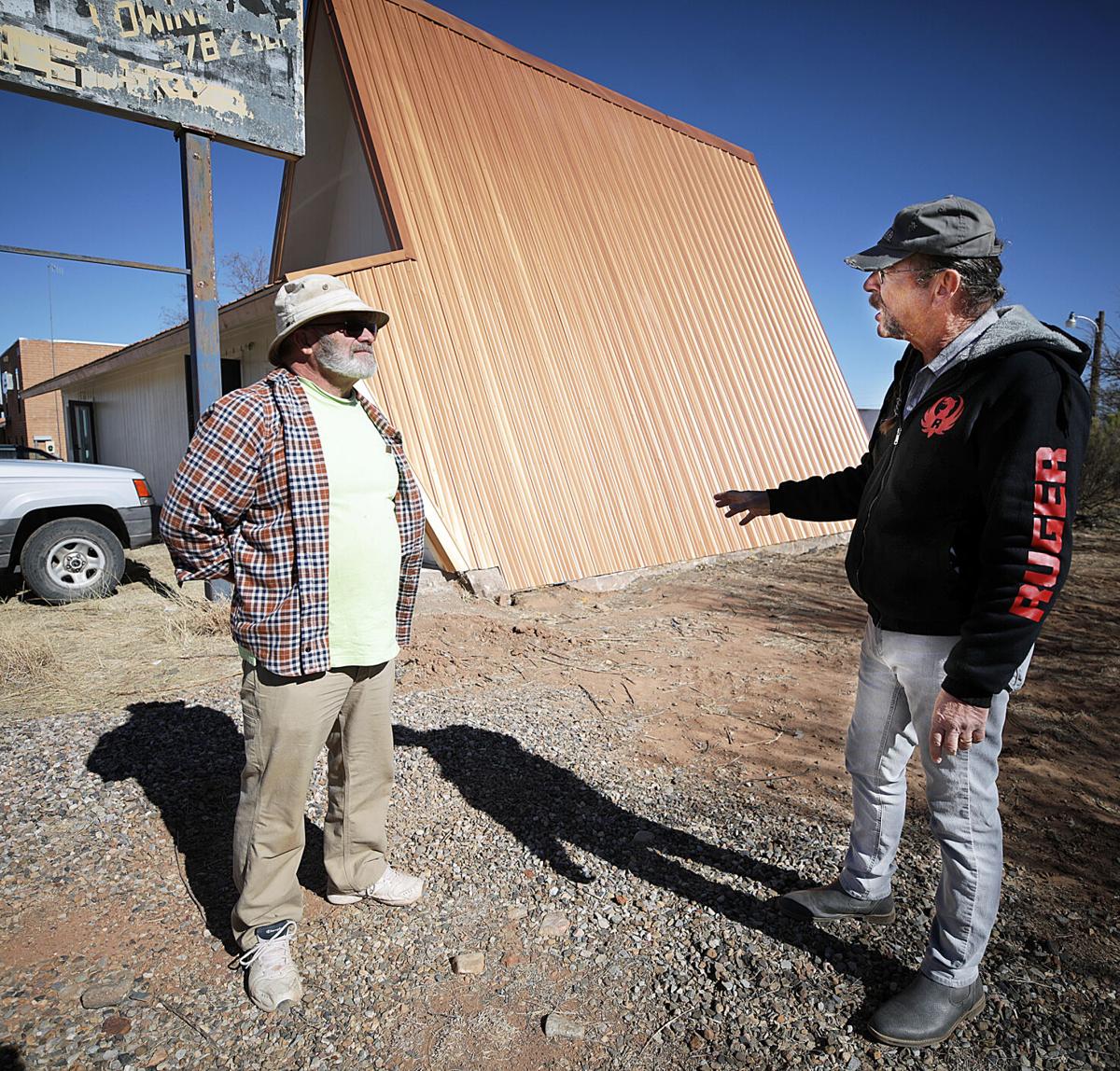 SIERRA VISTA — Heading down State Route 92 out of Sierra Vista, you may have noticed a shimmering copper roof going up on an old A–frame building and wondered “What new business is this?”

It is the new location of the Second Amendment Family GunShop, which owner David Greenberg is moving to from Bisbee.

He opened the Bisbee shop in August 2007 and enjoyed his time in the small town, but with most of his customers coming from Sierra Vista and with his recent semi–retirement, the vacant building on SR 92 near Ramsey Road seemed like a good opportunity to move closer to his home.

“Bisbee is the place to learn how to run a business under adverse conditions,” he joked.

Bisbee is known for its outspoken, anti–gun faction and from time to time Greenberg took flack for his store, even though he had numerous, loyal customers in the Bisbee area.

“I’m going to miss the drive in to Bisbee and seeing the ducks fly at sunrise, but it only takes me a few minutes to get here,” he said.

Greenberg partnered with his old pal, Mike Barnett, who in early December saw the building, which housed an auto parts store 44 years ago and he was told it had rabbit hutches in it before that, and thought what a great location for the gun shop. By the end of December, they owned it.

Staring with the elimination of a hive of 100,000 bees, as estimated by Reed Booth, The Killer Bee Guy, Greenberg had to tear up floorboards to expose the little pests. It was just one of a few challenges he had to face as he went about renovating the new home for his store. The building needed a new roof, so Greenberg chose a metal, copper top which went up quickly. A few beams in the ceiling had to be replaced, some new lighting added, new gun racks built, required security bars installed on the windows and a lot of paint and caulk had to be used to brighten up the dreary interior and exterior to make ready for the stock of firearms, ammo, knives and all the accessories.

Expansive glass showcases awaited the delivery of all the handguns, holsters and knives from Bisbee. The empty metal racks were ready for all the types of long guns — bolt action and semiautomatic rifles, shotguns and collector’s items.

“And the cases are heavier than they were 14 years ago,” he laughed.

It is a good thing he has some stock as both firearms and ammo are hard to come by these days.

“People have had more reason to panic. March and April were bad. I sold two dozen shotguns in a month. I guess people were protecting their toilet paper from Antifa,” he joked. “In Bisbee, the gun shop was a center for political discussion. Noisy people irritate me.”

“Maybe six months down the road we’ll be back on an even keel,” he said.

One of the finishing indoor touches will be “We the People” written in script across the back wall. Another is a copper color star that “will look like the Arizona flag coming out of the floor,” added Greenberg.

He and his team of friends were working hard to get the place ready for a grand opening on Jan. 20, Inauguration Day.

However, Alcohol, Tobacco and Firearms let him know it could take up to 45 days to get the address change approved. Now, opening day is up in the air.

Which is OK because he has a whole separate room right next store that will be fixed up for a “permanent yard sale” of things he and his wife have collected over the years. They discussed names. She suggested “Early Miscellaneous,” and he suggested “Dave’s S—t Shop.”

“We have plenty of stuff we need to get rid of,” he added. “We could keep this store going a while.”

That is not the end of other possibilities. Out back is a two-bay garage that could become an auto workshop. A cleared concrete pad could be the foundation of a small office building he could rent out.

“All that doesn’t sound much like retirement,” he smiled. “The Second Amendment Family GunShop has been too successful to just let it go. It means too much to so many people.”

As for the location in Bisbee, it is up for sale or lease.

He noted, “It would make a great pot dispensary. It already has good security and an alarm system.”