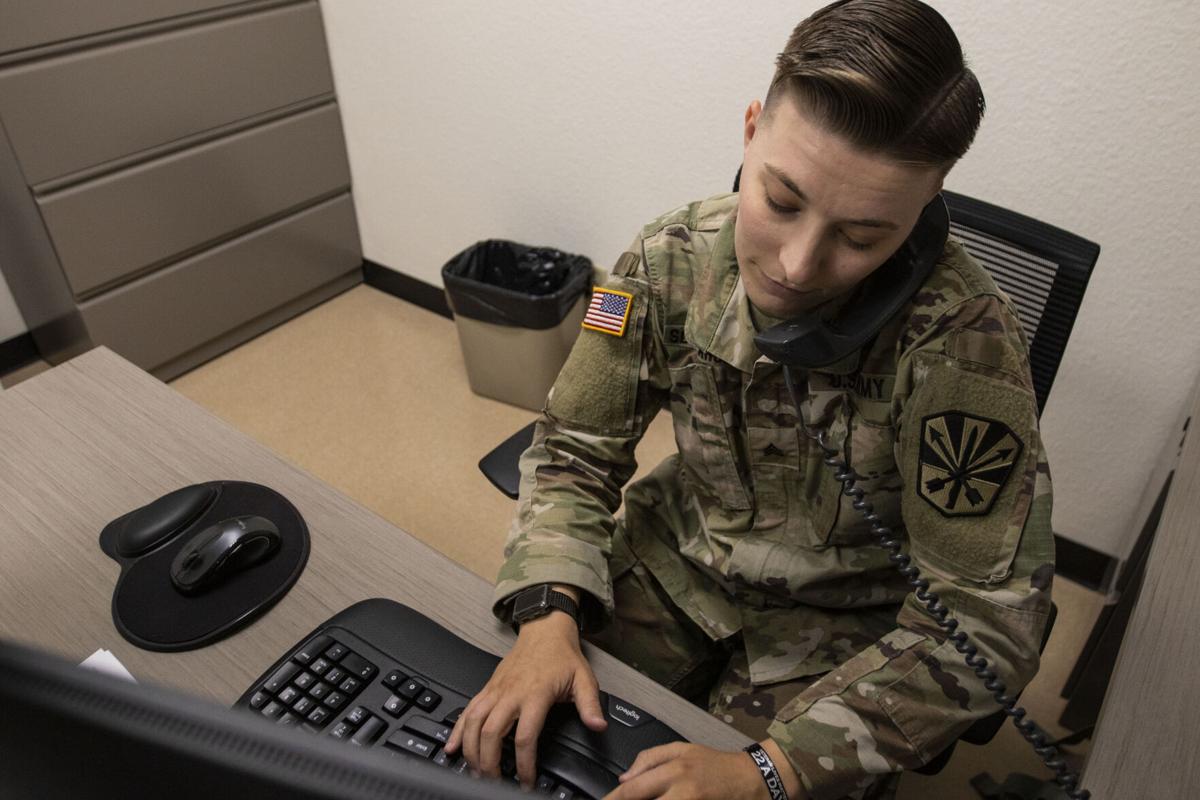 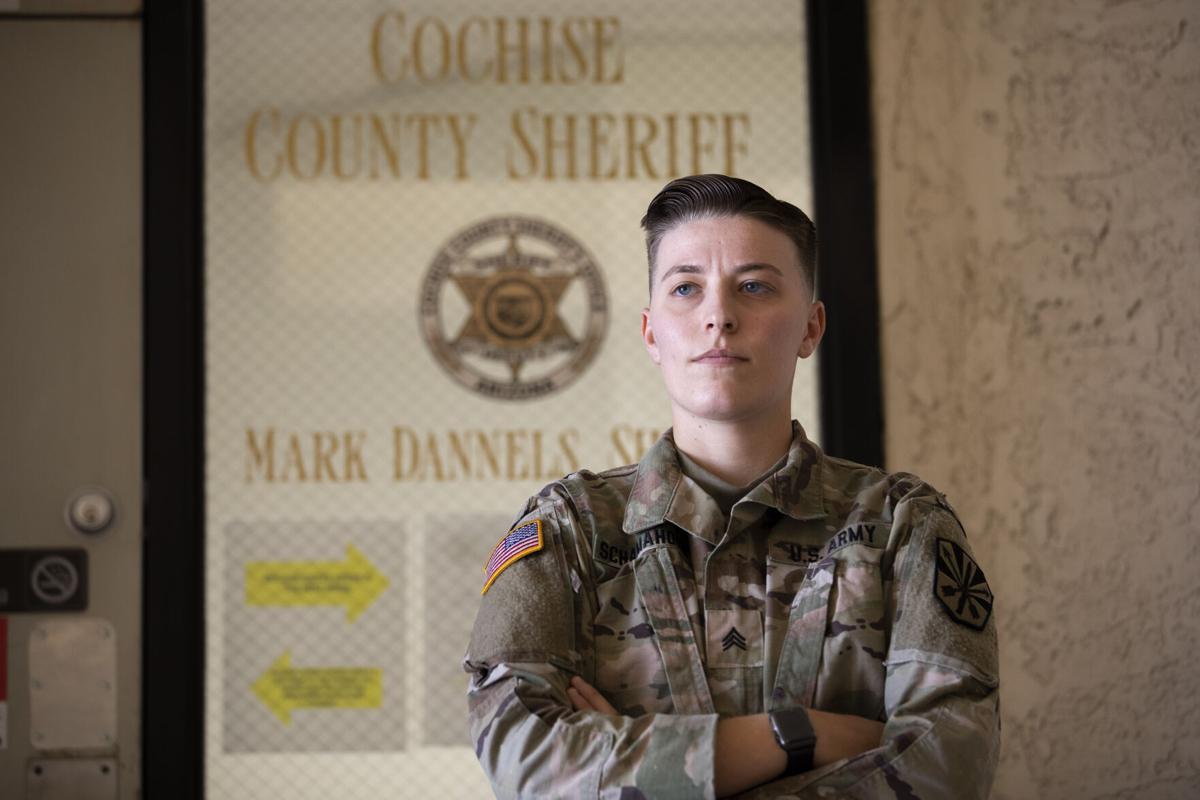 Arizona National Guard Sgt. Jacqueline Schamahorn stands in front of the Cochise County Sheriff's Office in Willcox where she has been helping out with administrative duties.

Arizona National Guard Sgt. Jacqueline Schamahorn stands in front of the Cochise County Sheriff's Office in Willcox where she has been helping out with administrative duties.

COCHISE COUNTY — It’s been almost two weeks since the Arizona National Guard landed in Cochise County to help the Sheriff’s Office with its endeavors on the border, and with the number of illegal crossings spiking monthly, the assistance is needed more than ever, the Sheriff’s second in command said Tuesday.

Sheriff’s Chief of Staff Mark Napier said the National Guard’s help with administrative duties, and especially with monitoring the Buckeye cameras that are placed along the international border, has enabled deputies who would normally be doing such jobs to hit the ground and reinforce the manpower out in the field.

Napier said the number of undocumented migrants who have been seen on the cameras attempting to cross into the region illegally has been “off the charts.”

The cameras are placed along the border from New Mexico through Arizona and into California, Cochise County Sheriff Mark Dannels said recently.

Between March and April alone, investigators monitoring the cameras have seen an additional 428 people attempting to cross over into the U.S., Napier said.

In April, the cameras caught images of 3,807 undocumented migrants attempting to cross over the border illegally. In March, the cameras saw 3,379 people attempting to come in. Last year, the attempted illegal crossings were dramatically lower with 835 people in March 2020 and 350 in April 2020.

“(By being here) the National Guard has allowed us to use more enforcement resources,” Napier said Tuesday. “It’s been going very well. It’s been very valuable.”

At least 32 members of the Guard were sent by Gov. Doug Ducey on April 30 to help out in various non-law enforcement duties, with the majority assigned to the Sheriff’s Southeast Arizona Border Region Enforcement team. Other National Guard members were assigned to help with administrative duties in the Sheriff’s Willcox and Bisbee offices. Monitoring the cameras is a key function aimed at helping authorities hold back the number of illegal crossings into the area by undocumented migrants, Dannels has said.

On April 16, Gov. Ducey announced Arizona would take matters into its own hands regarding the onslaught of undocumented migrants pouring into the state. Ducey’s statement came after the Arizona Department of Public Safety spotted 20 undocumented migrants in Chandler that same day, but were rebuffed by both the Border Patrol and U.S. Immigration and Customs Enforcement when they asked for help. The migrants were released in Chandler.

The governor’s law enforcement and military liaison, Megan Fitzgerald, said Ducey had asked the federal government for support in deploying the National Guard — known as Title 32 — but the support never materialized. Ducey decided to declare an emergency along Arizona’s four-border counties and deployed the National Guard under State Active Duty.

One of the National Guard members deployed to Cochise County is Sgt. Jacqueline Schamahorn, a six-year veteran of the Guard. Schamahorn, who lives in Tucson, was assigned to help out with administrative duties at the Sheriff’s Office in Willcox.

“It’s been a good experience so far,” she said Tuesday in a phone interview. “I come in the morning and I instantly get started on paperwork. I help with administrative so they (deputies) can be out in the field.”

Schamahorn, who said the public’s reaction to the National Guard has been welcoming, added she was enthusiastic when the governor’s order was issued.

“It was pretty exciting,” she said. “I knew that we were going and I was ready to help.”