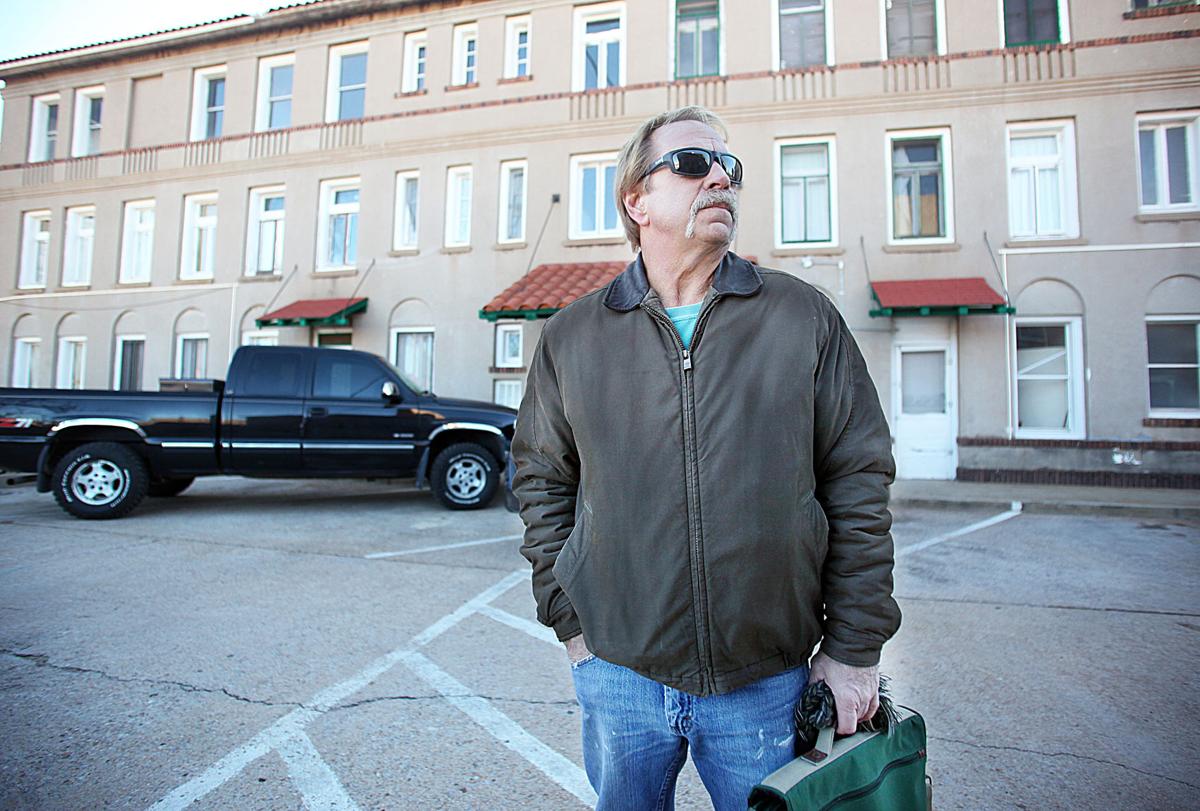 Hillcrest Apartments resident Ron Freeman stands in front of the old complex Tuesday in the Warren District of Bisbee. The city turned off the water to the facility on Tuesday. 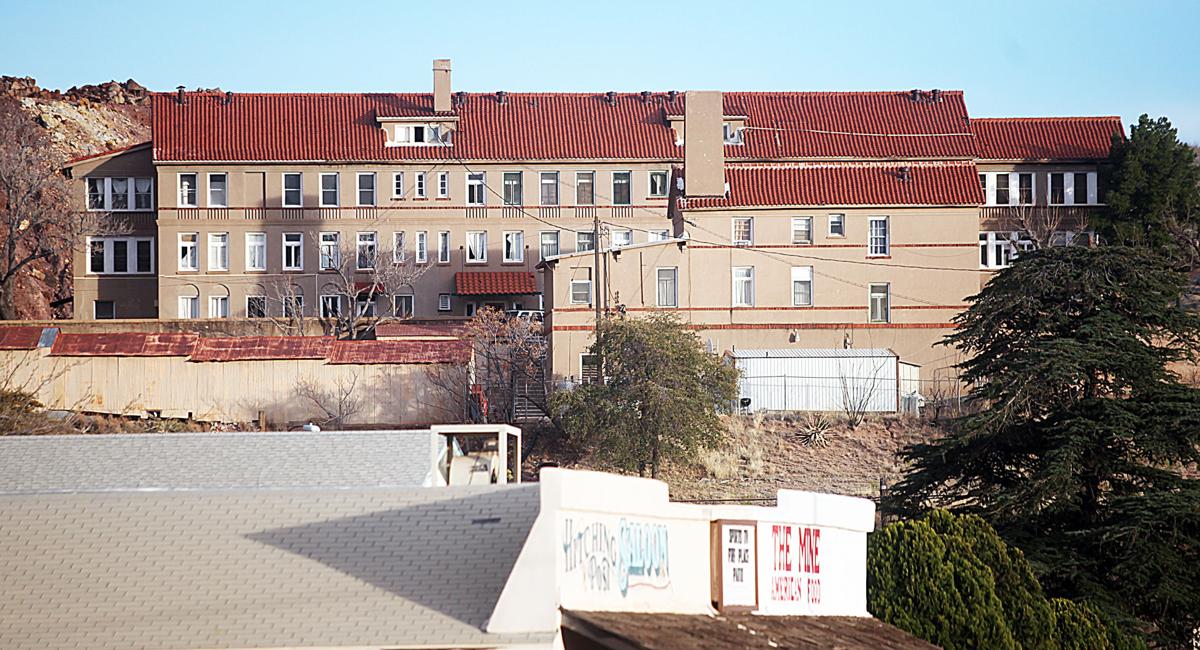 The Hillcrest Apartments used to be a hospital. 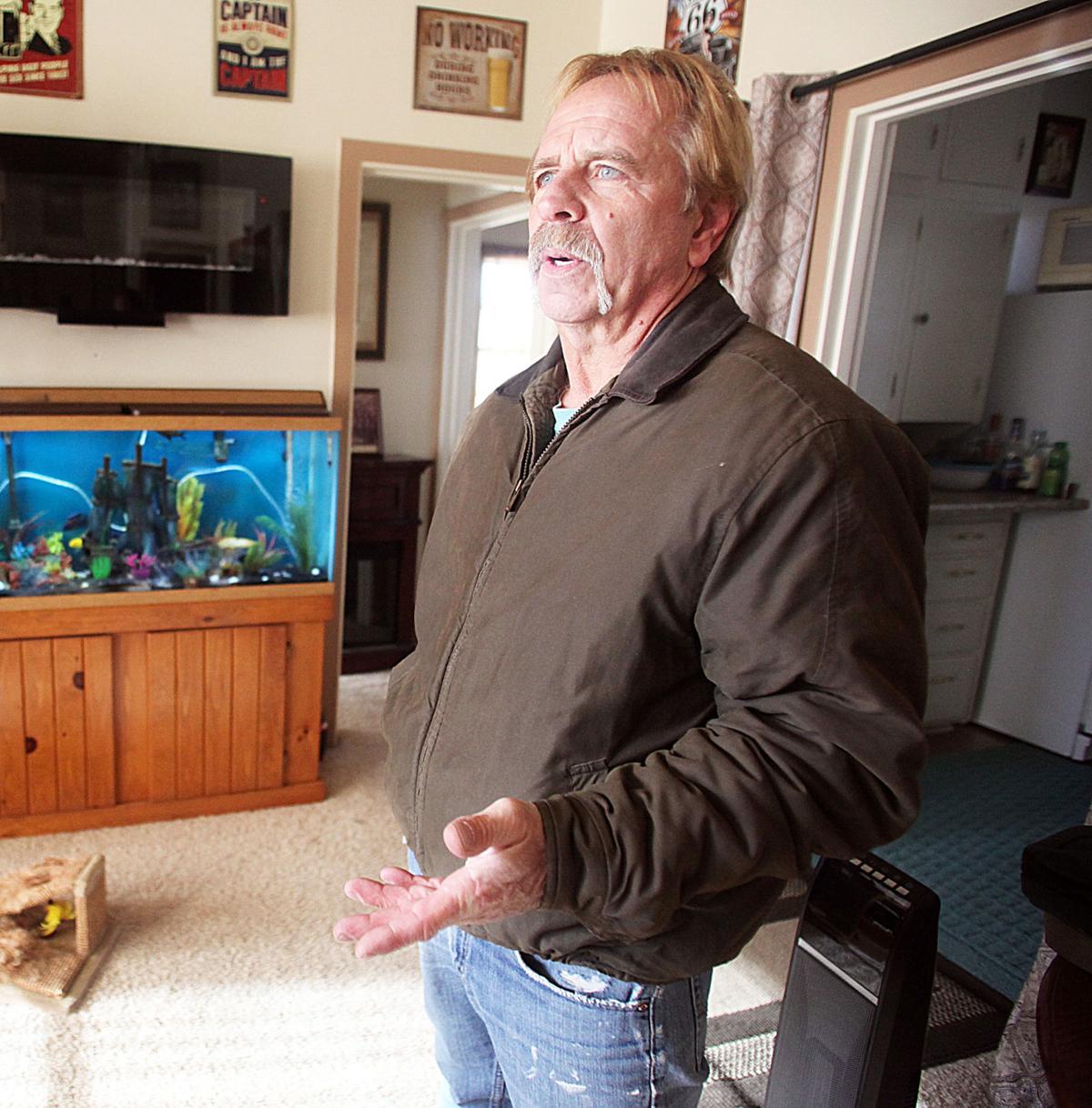 Ron Freeman, who is the Hillcrest Apartments maintenance manager, talks about the problems the complex is having.

Hillcrest Apartments resident Ron Freeman stands in front of the old complex Tuesday in the Warren District of Bisbee. The city turned off the water to the facility on Tuesday.

The Hillcrest Apartments used to be a hospital.

Ron Freeman, who is the Hillcrest Apartments maintenance manager, talks about the problems the complex is having.

BISBEE — The water was shut off in an old apartment building in the Warren district of Bisbee Tuesday, leaving nine tenants wondering where they will go after their landlord failed to pay the city more than $85,000 in trash and sewer bills.

The residents of the Hillcrest Apartments were not evicted as the temperature hovered in the low 30s when their faucets went dry at 8:30 a.m. But with no water or trash service, the building will be deemed “uninhabitable per city code,” said Bisbee Finance Director Keri Bagley in an email.

As of Nov. 30, building owner Jose Olivar owed the City of Bisbee $87,221.02, Bagley said. Olivar, who lives in California, did not return messages left on two different phones Tuesday “This is for sewer and trash service,” Bagley said of the shutoffs. “AZ Water provides water service but through an agreement with the City will terminate water service if the sewer is disconnected (to prevent back flow).”

Public Works Director Jesus Haro and City Manager Theresa Coleman both confirmed that the water would be turned off at 8:30 a.m. Shortly after that a handful of tenants stood outside in the frigid weather talking about the actions taken by Arizona Water and the building owner’s lack of payment.

Ron Freeman, who has lived in the 108-year-old building for five years, said it is not completely Olivar’s fault that the trash and sewer bill has gone unpaid.

“A lot of people here don’t pay their rent and they trash the apartments,” Freeman said. “That’s why he can’t pay the bill.”

But city officials said they have tried to work with Olivar and have gotten no response.

The trash and sewer bill issue surfaced in March 2018, when Olivar owed $76,546, according to then-building manager Debra Jackson.

In her emails Tuesday, Bagley explained that Olivar took ownership of the Hillcrest — originally the structure was a hospital before it was converted to an apartment building in 1946 — five years ago.

“The owner never paid on this bill from the time they took ownership of this property in 2014. I do not know why the owner chose not to pay,” Bagley stated in her email. “We placed a lien on the property but our liens do not give us any right to the property, only to collect amounts due if the property sells. And shutting off sewer service is not as easy as shutting off electric or gas. It involves digging down to the sewer connection and installing a shutoff valve.”

“A valve was finally installed and a shutoff notice sent in March of 2018.

The owner paid $25,000 towards their balance at that time with the promise to pay the remainder within two months. No more payment on the past due or the monthly charges accruing were made after that date so the city decided to go through with the shutoff with no more options to negotiate the balance.”

“I might also note that in September of 2017 an amnesty program was available to all customers where the customer was given six months to pay half of their sewer and garbage fees and the City would write off the other half along with all the late fees and interest. The owner of the Hillcrest did not respond to this offer,” Bagley added.

Bagley also said that every tenant in the building, as well as Olivar, had been notified of the city’s plans: “The City and the water company placed notices on all the doors a few weeks ago, but the owner was given notice the first of October, so plenty of prior warning was given to the owner.”

Ralph Jones has been a resident at the Hillcrest for almost five years.

“We’ve been trying to live,” said the 61-year-old Jones when asked what had been transpiring at the building. “Last year we went through similar things. I’ve just been waiting for Jose to correct everything, but nothing has been done.”

Jones pays $750 a month for a two-bedroom, one-bath apartment he shares with his wife and brother. He said he has always paid his rent.

Freeman, who helps with maintenance at the panoramic hilltop property, said rent ranges from $500 to $750 a month for studios, one-bedroom and two-bedroom apartments at the complex.

Chicago native Ramona Hernandez took an apartment at the Hillcrest in March. She works with AmeriCorps and plans to be in Bisbee a year. Hernandez has found a place to live in McNeal, but she said she feels for other tenants who have zero housing options.

“This is eight days before Christmas,” Hernandez said. “It’s crazy. No sewer. No water. I’ve been in correspondence with the mayor and the city. Stevie Wonder could see that you shouldn’t be evicting these people. There’s no affordable housing here.”