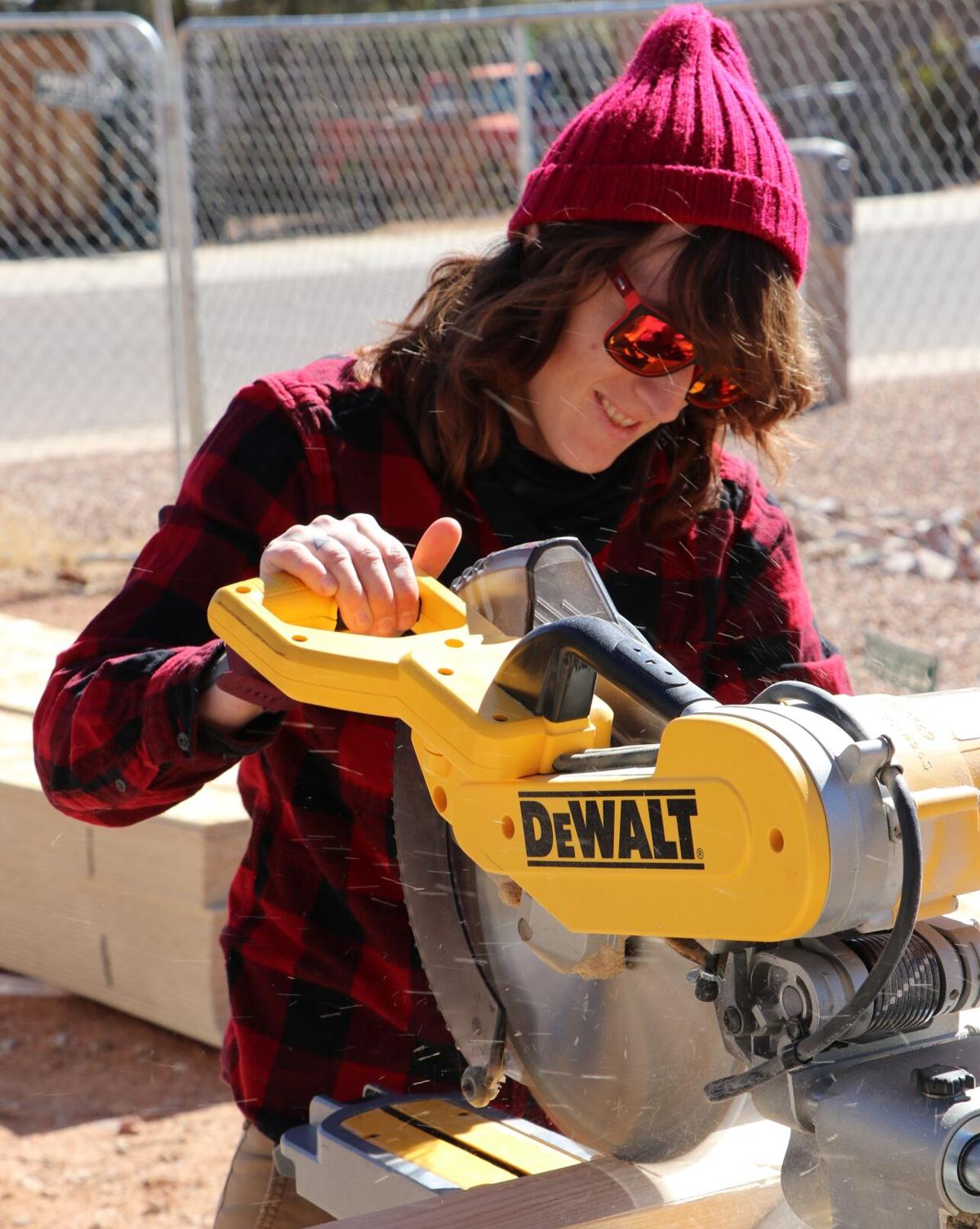 Christian Fox is one of the only females in the Cochise College Residential Construction technology, besides that her instructor says she's one of the best out of the students. 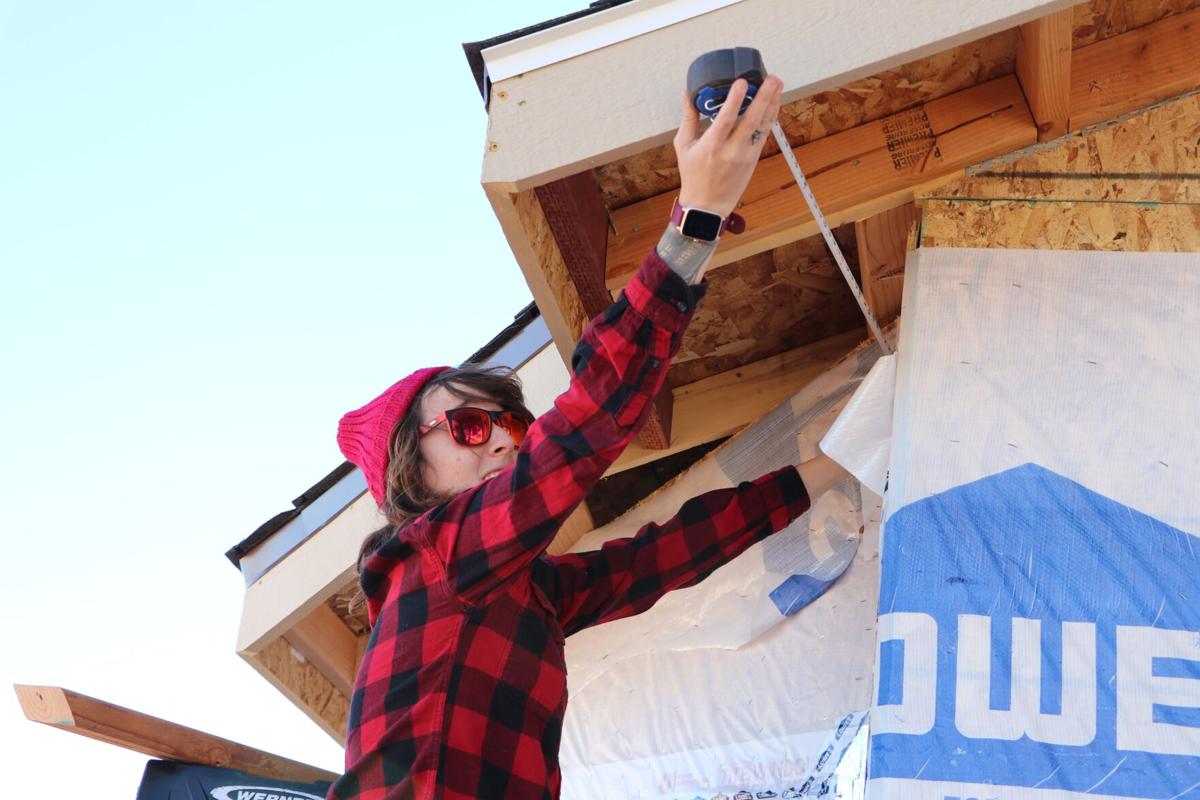 Christian Fox measures the side of an overhang on the house project that the students of the Residential Construction technology have been working on.

Christian Fox is one of the only females in the Cochise College Residential Construction technology, besides that her instructor says she's one of the best out of the students.

Christian Fox measures the side of an overhang on the house project that the students of the Residential Construction technology have been working on.

Women made up almost 10 percent of the U.S. construction industry as of 2016. Evolving from just sixteen female founders in 1953 to an internationally affiliated association with over 115 U.S. chapters, the National Association of Women in Construction (NAWIC) provides resources and opportunities for education, professional development, networking, and leadership to industry women.

Each year NAWIC celebrates a week that focuses on recognizing the value of female builders, professionals, and tradeswomen and promoting awareness about opportunities within the industry for women. This year, Women in Construction Week falls on March 7-13.

One of the best ways to celebrate Women In Construction Week is by encouraging women to contemplate careers in construction and support those already a part of the industry.

Christian Flores, a Cochise College student earning her Residential Construction Technology Certificate, works alongside male classmates to build a complete home from bottom to top. Although Flores’ initially began the program not as a lifetime career but to gain enough knowledge about residential construction to be self-sufficient, she encourages other women to join with either intention in mind.

Her favorite part about the lost skill was framing, particularly watching “a slab of concrete turn into walls, connecting to rooms, and thinking ‘wow, we built this; it is a house.’”

A grant allowed another student who is an early graduate from Buena High School, Alexxis Carson, to move from Automotive Technology to the Welding Technology Department at Cochise College. Carson dreams of a future career combining welding with her love of horses or working in a fabrication shop making auto parts. For her, the energized focus of being fully immersed in her welds is the most enjoyable aspect.

Carson finds that changing her perception of the situation helps her build confidence by choosing not to be afraid, asking questions, and placing energy into her work rather than being nervous about being watched or how she looks.

“No one else is doing my welds — if I am nervous and not sure of myself, the welds won’t come out well,” says Carson. Flores thinks the only way to change the misnomer that something is “a man’s job” is to assert herself and get involved in the task at hand.

Currently, the construction industry as a whole is grappling with a massive labor shortage. There is no reason why women cannot fill these available positions. As NAWIC continues to champion women in all areas of the construction trade during and beyond Women In Construction Week, it is of equal importance that individuals further their work within their own communities.