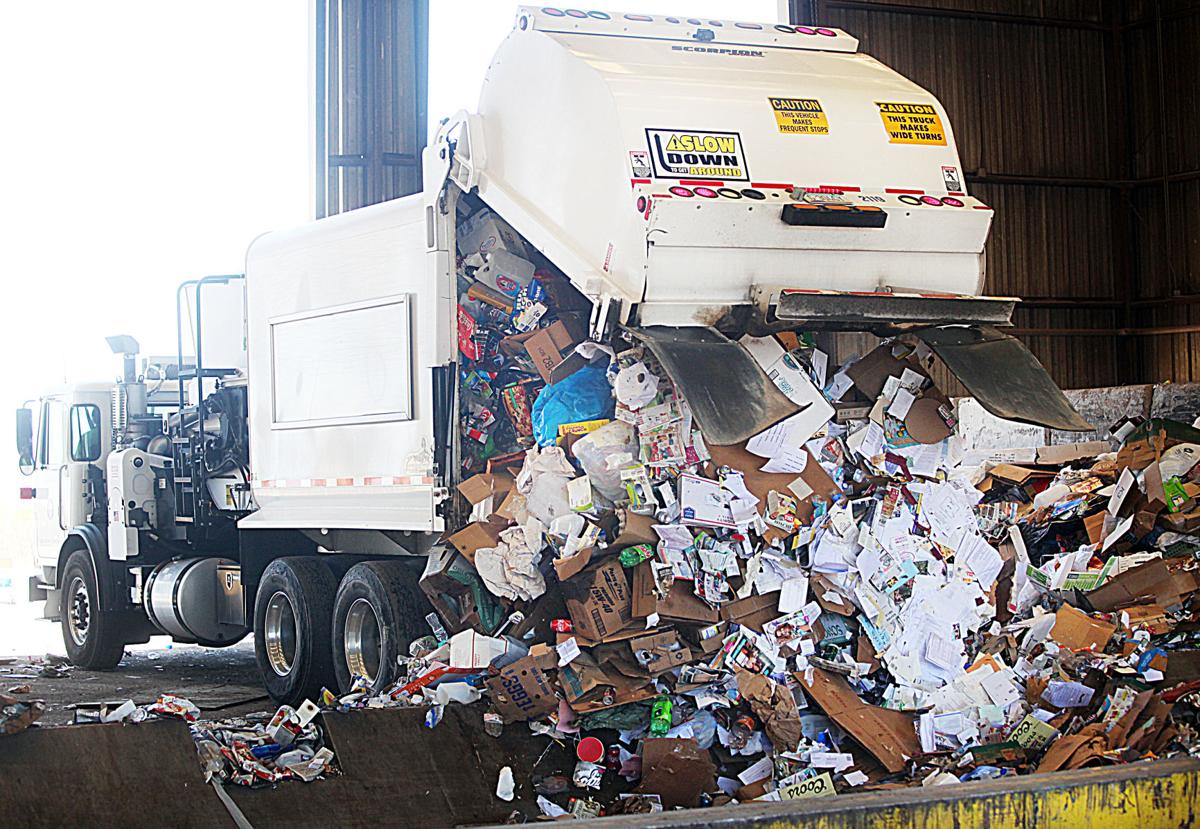 A city recycling truck dumps its load last week at the Cochise County Solid Waste Station. The station receives a combined 30 to 36 loads from city trucks on Thursdays and Fridays. 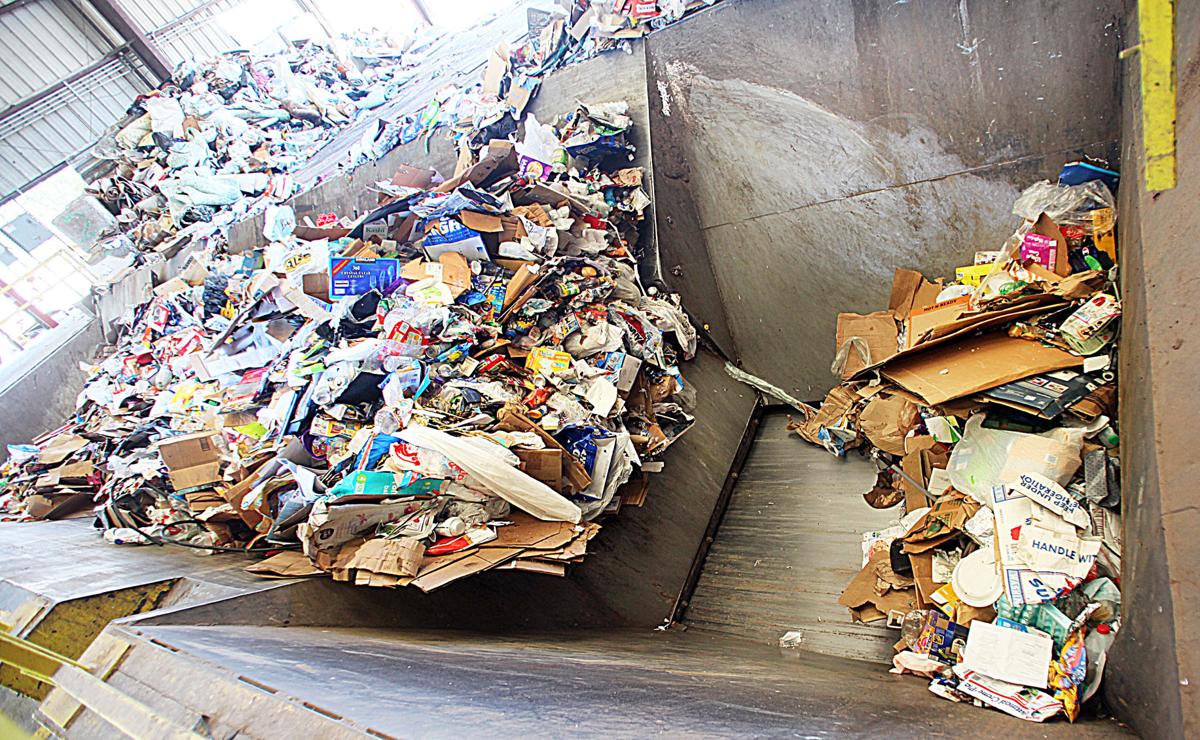 Recycled refuse moves along a “walking floor” as it makes its way onto a semi truck from the Cochise County Solid Waste Station Thursday in Sierra Vista. The refuse will then be transported to a recycling processing center in Tucson.

A city recycling truck dumps its load last week at the Cochise County Solid Waste Station. The station receives a combined 30 to 36 loads from city trucks on Thursdays and Fridays.

Recycled refuse moves along a “walking floor” as it makes its way onto a semi truck from the Cochise County Solid Waste Station Thursday in Sierra Vista. The refuse will then be transported to a recycling processing center in Tucson.

SIERRA VISTA — With a change in global demand for recycled products, Sierra Vista leaders are grappling with rising costs and dwindling revenue, which could affect residential recycling services and fees.

Council met in a work session on Tuesday to discuss the state of the county and city recycling program, along with how to move forward in an increasingly tough global market.

Since the county does not have its own recycling plant, it hauls materials to ReCommunity, where it’s collected and sorted into recyclable material and garbage. ReCommunity then takes accepted recyclables, and the county makes a profit off of what the company can sell. But ReCommunity also charges Cochise County by the ton for how much garbage and unaccepted material is dropped off at the plant.

Haverty outlined a sharp decline in recycling revenue trends since June 2017, and in October 2017, the county lost money when ReCommunity wasn’t able to sell recycled material due to a shift in the global market.

Since China passed regulations banning imports of low-grade plastics and some paper products in January, the value of many common recyclable materials diminished.

Right now, the county isn’t making a profit on its program, Haverty said, and heavily relies on Sierra Vista’s program to keep the county operation running.

The city’s program is an enterprise fund, meaning it operates independently from Sierra Vista’s general fund and receives all its resources from resident user refuse fees. Because of rising recycling costs, among other factors, the council is considering a 15 percent refuse-fee increase to help balance the costs.

“It kind of depends on where the city of Sierra Vista wants to go and, if they are willing to pay for recycling, how much are they willing to pay?” he said. “It’s really up to them. They are the leader in this game because they contribute 97 percent of the recycling in the stream going up to Tucson. … Right now, if weren’t covering our cost from the tipping fee from the city of Sierra Vista, we wouldn’t be able to recycle.

“It wouldn’t make good business sense at all to incur costs of $53 per ton on our side.”

Sharon Flissar, Sierra Vista director of public works, told the city council there will be a list of challenges moving forward with the recycling program.

The city’s contamination rate — which represents the amount of garbage and other unacceptable material in recycling — is at 24 percent, Flissar said, and will need to be reduced in the future. Recycling collection will continue to be more expensive than year’s past, which is something the city plans to tackle head-on.

Flissar listed three options she and her department outlined as solutions to the city’s recycling expenses. The city could keep the current recycling schedule — which picks up material twice a week — reduce picks to once or twice a month on a regular schedule, or provide services twice per month during special pickup days.

Sierra Vista Mayor Rick Mueller said he and other council members are considering Flissar’s plan to reduce recycling picks to one or two days a month.

“As for Ms. Flissar’s recommendation, the participation rate on recycling is lower, and that tells us that there’s potential to limit the amount of recycling days,” he said. “The bottom line is that we need to be as efficient and cost-effective as possible.”

Mueller said the council will discuss recycling plans in further detail during its May 22 work session.