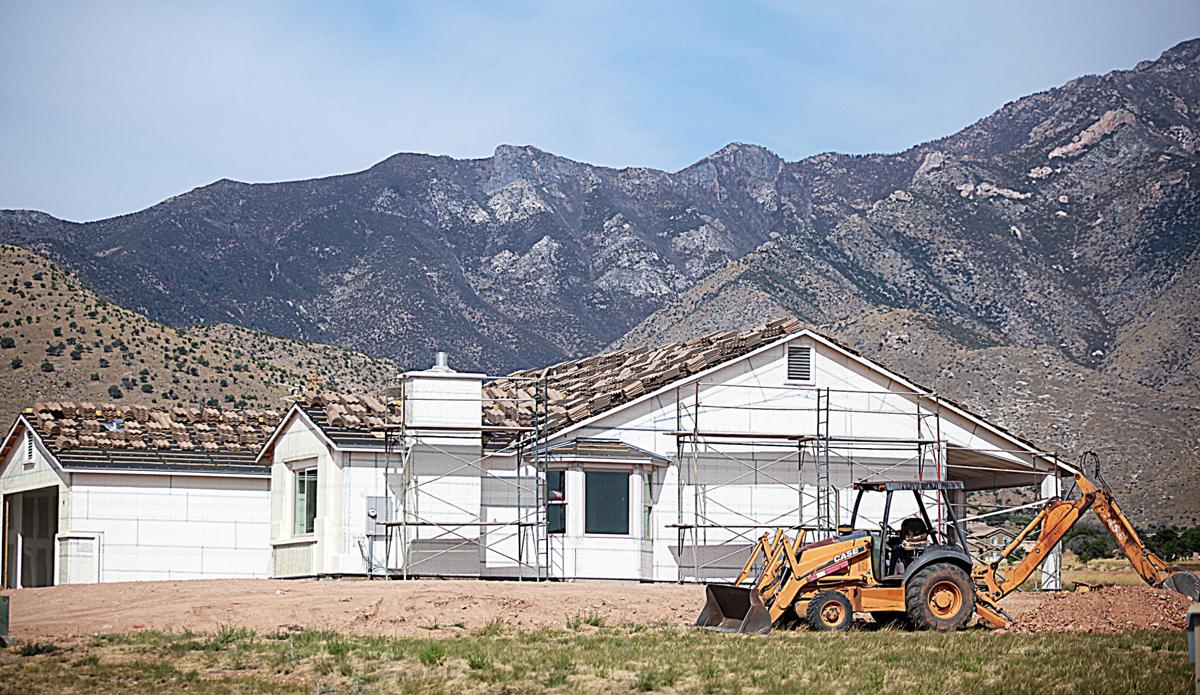 A home under construction in the Wild Horse development. 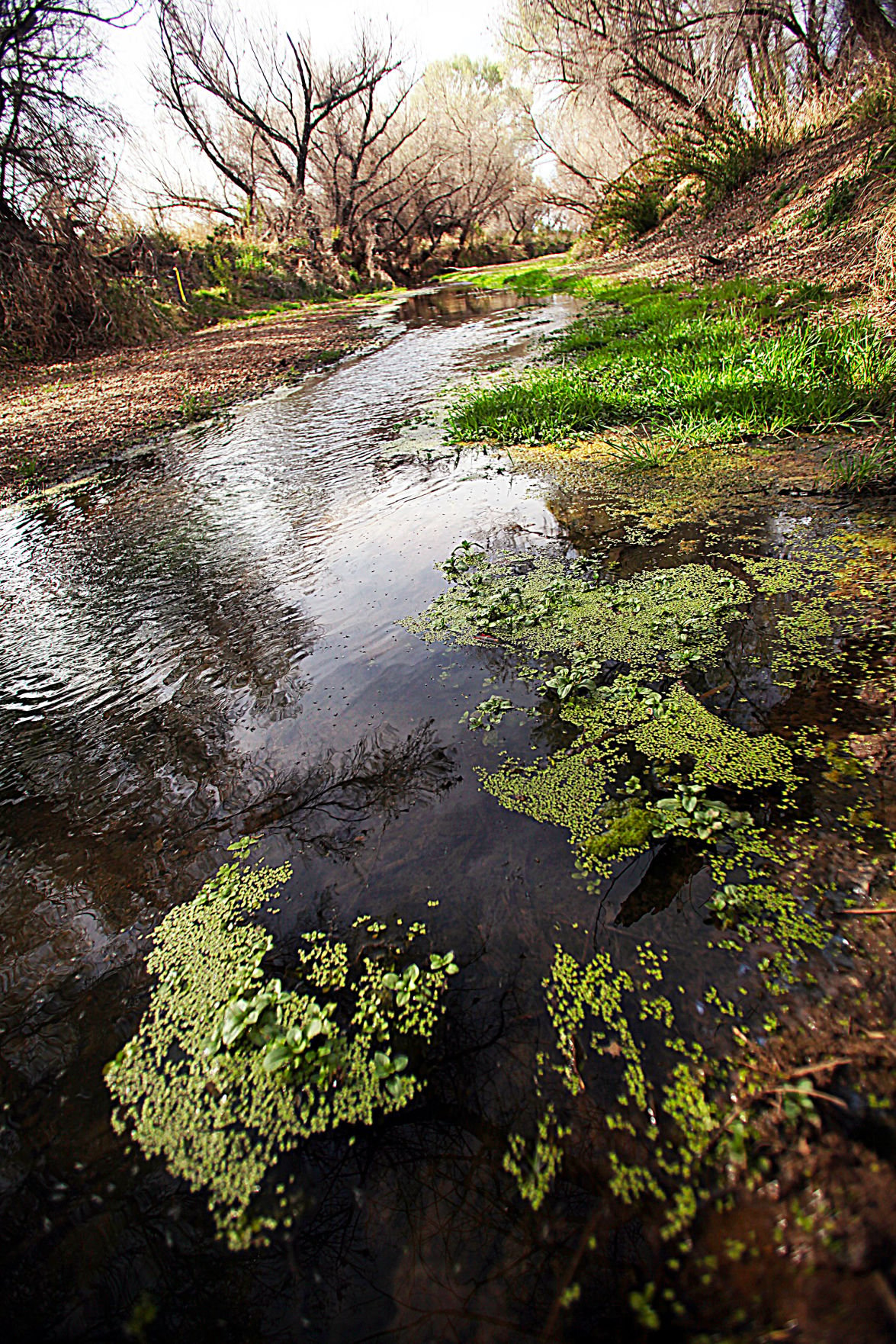 The San Pedro River wends its way northward. Since 2012, the Pueblo del Sol Water Company, which is owned by homebuilder and development company Castle & Cooke, has been waiting for a final court decision on a 100-year water-adequacy designation issued by the Arizona Department of Water Resources. The additional water draw for PDS was granted by ADWR, but landowners and the federal Bureau of Land Management appealed the decision. The PDS well could possibly impact the Upper San Pedro River by withdrawing water from the aquifer and the river’s sub-flow zone, according to the lawsuit. It's not the only developer in the Sierra Vista area waiting for court decisions before proceeding with its plans. 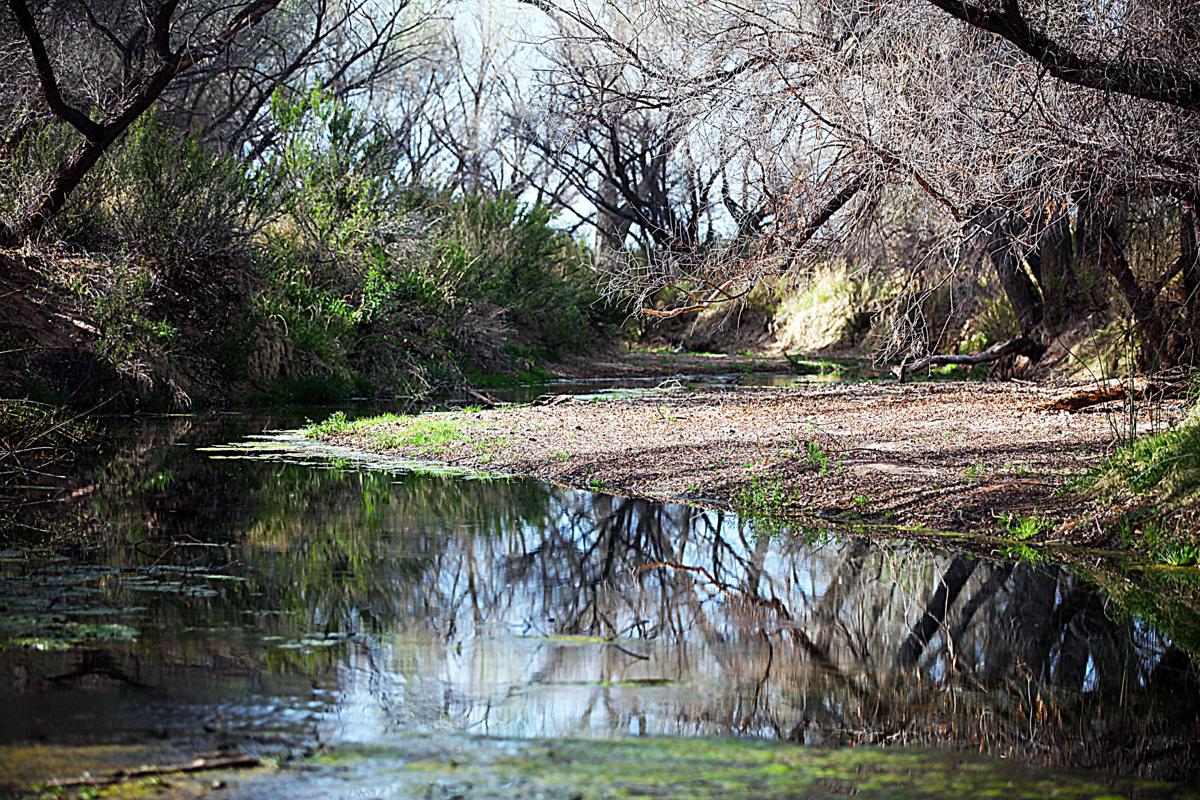 A home under construction in the Wild Horse development.

The San Pedro River wends its way northward. Since 2012, the Pueblo del Sol Water Company, which is owned by homebuilder and development company Castle & Cooke, has been waiting for a final court decision on a 100-year water-adequacy designation issued by the Arizona Department of Water Resources. The additional water draw for PDS was granted by ADWR, but landowners and the federal Bureau of Land Management appealed the decision. The PDS well could possibly impact the Upper San Pedro River by withdrawing water from the aquifer and the river’s sub-flow zone, according to the lawsuit. It's not the only developer in the Sierra Vista area waiting for court decisions before proceeding with its plans.

For local developer Rick Coffman, senior vice president of Castle & Cooke, Inc., patience has become second nature, even though he would prefer otherwise.

Since 2012, the Pueblo del Sol Water Company (PDS), owned by Castle & Cooke, a homebuilder and development company, has been waiting for a final court decision on a 100-year water adequacy designation issued by the Arizona Department of Water Resources (ADWR), said Coffman.

The additional water draw for PDS was granted by ADWR, but landowners and the federal Bureau of Land Management appealed the decision due to impending federal adjudication of water rights in the San Pedro Riparian National Conservation Area.

The PDS well could possibly impact the Upper San Pedro River by withdrawing water from the aquifer and the river’s sub-flow zone, according to the lawsuit.

“ADWR says we don’t have a definitive decision from the courts, so we can’t issue water-adequacy designations,” Coffman remarked. “They won’t issue any permits until the court makes a decision.

That has resulted in a virtual moratorium on subdivision development near the SPRNCA and stopped Castle & Cooke’s second phase at the Holiday Residential Community and the Tribute Master Plan Community in Sierra Vista, he continued.

Coffman agrees with the ADWR, and said the court is the place to determine adequacy and water rights, even if it is taking years.

It is this “ban” on new building that piqued the interest of Sarah Porter, Kathleen Ferris and Grady Gammage, Jr. of the Kyl Center for Water Policy at Arizona State University’s Morrison Institute for Public Policy. They wanted to know what happens to prospective development when water issues are a problem. So they talked to some developers in Cochise County and elsewhere in the state, and gave their findings in a report released last month titled “The Price of Uncertainty.”

In it they note that some developers are wary of even talking about building in areas where water rights are under adjudication in federal court, like the SPRNCA. They prefer to work in water-management areas where wells are monitored and rights have been determined.

The General Adjudication of All Rights to Use Water in the Gila River System and Source is the “massive lawsuit to determine the nature and priority of every water right claimed on the Gila River and all its tributaries, including the Verde, Salt, San Pedro, Santa Cruz and Agua Fria, among others. Possibly the most complex lawsuit in U.S. history, the Gila Adjudication has been going on since 1974. The case involves more than 32,000 parties and almost 57,000 competing water rights claims. Moreover, the Adjudication isn’t limited to deciding rights to divert water from rivers and streams: It also concerns the right to pump water from wells located near rivers, states the report.

According to Porter in regard to the San Pedro River Watershed and the SPRNCA, “The problem is defining the subflow zone is technically complex, and for the parties the stakes are high. (ADWR’s) first iteration of the San Pedro subflow zone was not completed until 2009, and it met with strong opposition, which took years of evidentiary hearings to work through.”

BLM is going for water rights that include the area of what is called the sub-flow zone, the collection of below-ground water not necessarily connected to the aquifer that runs under and along an area extending out from the sides of the river, according to court documents.

The report continues: “Delineating a subflow zone only opens the door to more difficult questions that have yet to be answered; for example, how much of the water any particular well is pumping is subflow and how much is groundwater? Some parties contend that the law requires the court to prohibit the use of any water from wells pumping ‘misappropriated’ subflow. Others argue that pumping should be reduced in proportion to the amount of subflow being pumped. Meanwhile, new wells continue to be drilled in areas that stand to be most affected by the Adjudication. And before they drill, land-owners do not receive detailed notice or information that they may not have any right to the water supplies they’re counting on.”

And it is this sub-flow zone that Coffman, other developers and even residents are deeply concerned with as its boundaries will determine where water may be withdrawn.

“Here we are trying to boost the economy, yet there is this cloud,” Coffman admitted. “Our economy is starting to improve. People are moving here. But, pretty soon there won’t be a lot to buy. I can’t emphasize enough the problems it created.”

He is not the only developer in Sierra Vista put on hold. Coffman said R.L. Workman Homes also has a development in limbo waiting for these boundaries and water rights to be determined.

“We’ve been messing around in the courts for years,” Coffman concluded. “Now, the case has been put off until next year. It goes on.”

Trial dates for the federal adjudication have been set for January, February and March 2019.

To read the report, “The Price of Uncertainty” visit the website: https://morrisoninstitute.asu.edu/sites/default/files/content/products/The%20Price%20of%20Uncertainty.pdf

By Order dated July 13, 2017, Maricopa County Superior Court Judge Mark H. Brain (presiding judge in the Gila River adjudication) affirmed the most recent effort by the Arizona Dept. of Water Resources (ADWR) to delineate the lateral extent of certain hydro-geologic areas known as sub-flow zones in the San Pedro River watershed in southeastern Arizona. A well located within a sub-flow zone is presumed to be pumping sub-flow, which is water that is hydraulically connected to the surface flow of a perennial or intermittent stream.

This ruling stems from technical reports and oral testimony presented before and during a four-day-long hearing conducted in Phoenix in August-September 2015. It is the latest chapter in a multidecadal effort to differentiate between surface-water and groundwater in Arizona. The San Pedro River, the Babocomari River and Aravaipa Creek were test cases for this issue. If courts bless a methodology there, it likely will be applied to other perennial and intermittent streams within much of Arizona where surface water rights are being adjudicated.

A solution in the meantime?

With a goal of developing concepts to help shape a clear and lasting solution to the sub-flow problem, the Kyl Center for Water Policy convened a small group of water managers with expert knowledge of water issues affecting the Verde and San Pedro rivers. Through a series of discussions and review of hydrological data, the group settled on the concept of a “water budget” for each watershed. In this concept, existing wells would be allowed to continue pumping at current levels. Municipal and large private water providers would be allocated an amount of water above current demand to account for growth. And any well owner would have the right to retire his or her well and transfer the pumping right, which would be required in order to drill a new well. The water managers group emphasized that programs for augmenting the water supply of these basins and facilitating the voluntary transfer of surface water rights within a sub-watershed should be integrated into the plan. Community members have already initiated projects that could play an important role in resolving claims. In the Sierra Vista sub-watershed in Cochise County, stakeholders have launched a water conservation and recharge project designed to keep flows in the San Pedro River and prevent the cone of depression caused by local groundwater pumping from reaching the river. Relying on years of hydrological studies, the project includes using monsoon runoff and treated wastewater to recharge aquifers under vulnerable reaches of the river.

“The Price of Uncertainty” report