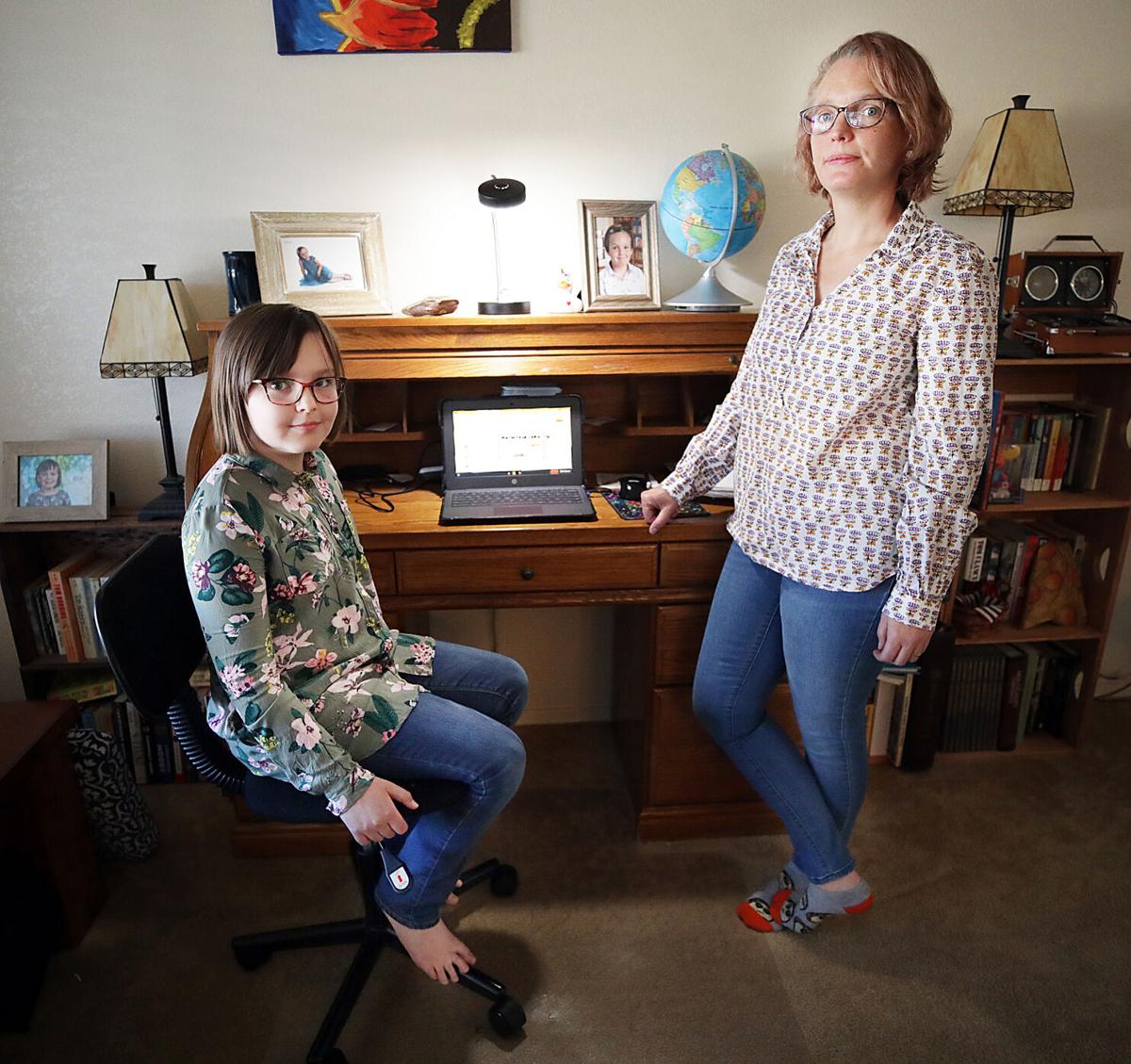 Nine year-old Hannah Bolock and her mother, Elisabeth Tyndall, prior to her online class earlier this week at home. Tyndall believes schools need more counselors to deal with the number of students who may need mental health treatment. 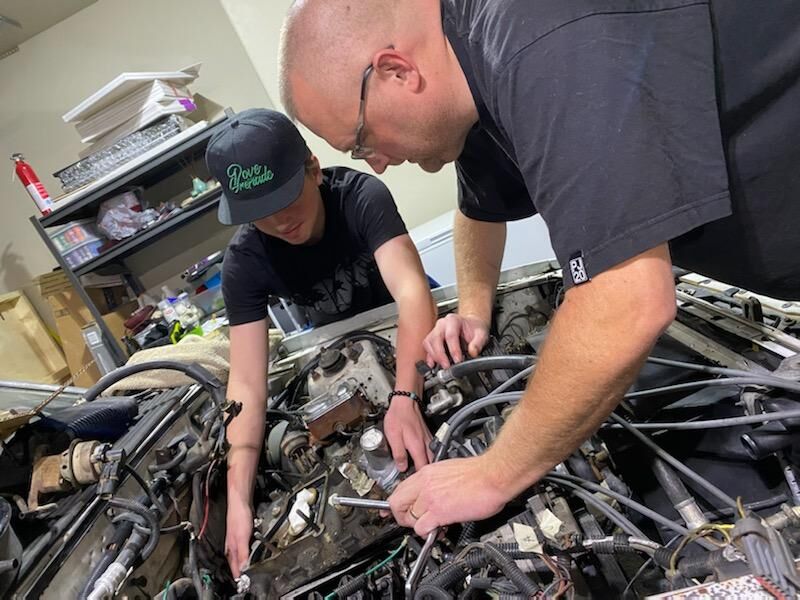 Brandon Glaser, 16, a junior at Buena High School, and his father work on a vehicle. 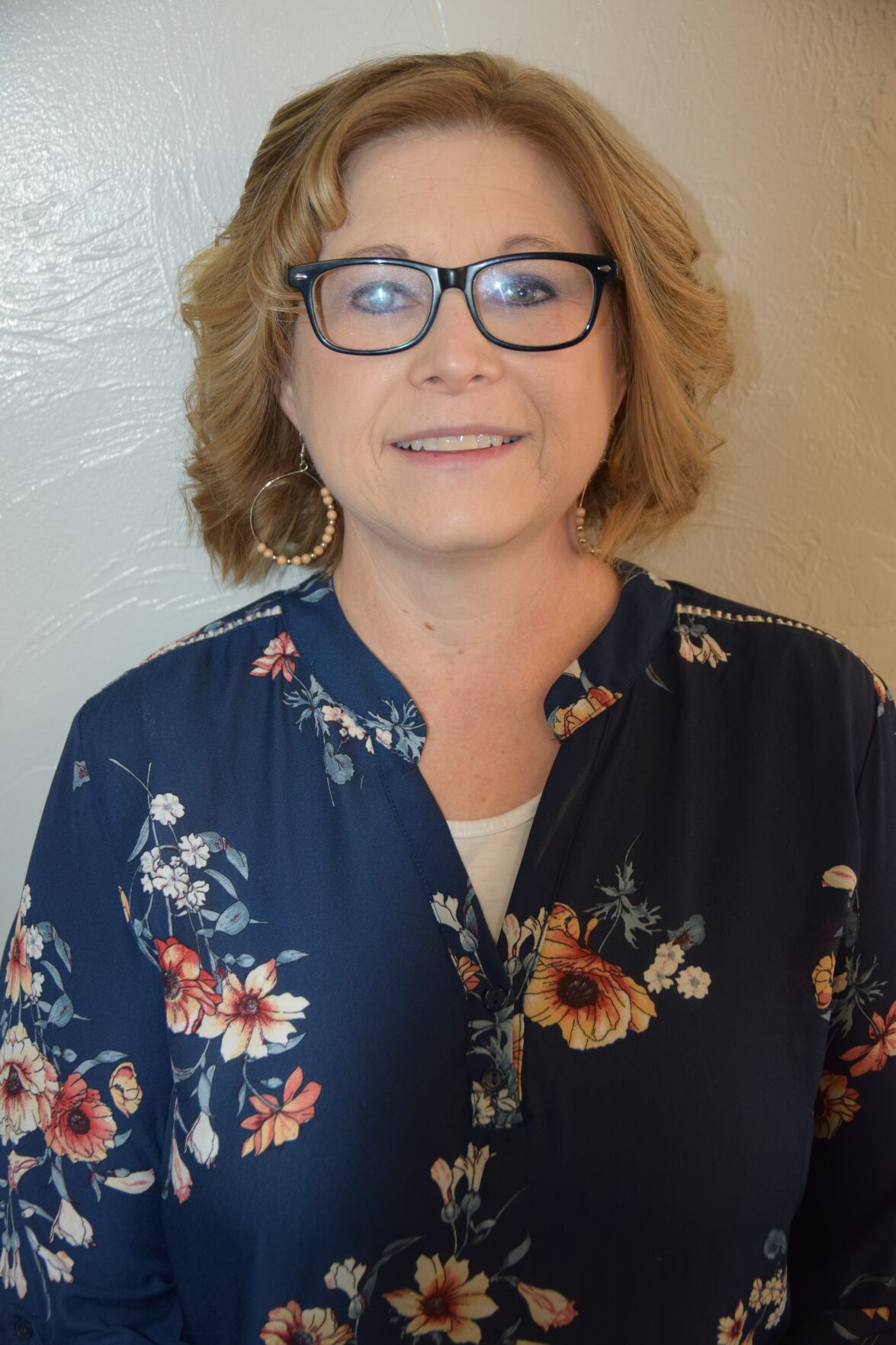 Tara McFarland says her son struggled with online learning at Benson High School, which caused him to become anxious and frustrated.

Nine year-old Hannah Bolock and her mother, Elisabeth Tyndall, prior to her online class earlier this week at home. Tyndall believes schools need more counselors to deal with the number of students who may need mental health treatment.

Brandon Glaser, 16, a junior at Buena High School, and his father work on a vehicle.

Tara McFarland says her son struggled with online learning at Benson High School, which caused him to become anxious and frustrated.

Editor’s note: Herald/Review Media is continuing its in-depth series on education in Cochise County. This is the second segment of the series, and the first of two parts.

COCHISE COUNTY — Last March, with cases of the novel coronavirus spreading at an alarming pace, Arizona school officials reacted by shutting down in-person instruction. While the move helped slow the spread of the disease, the impact on the mental health of students is coming into focus.

The APA also found that, “prior to the COVID-19 pandemic, approximately 15% to 20% of students could be expected to be identified as needing support through screening; this percentage will almost certainly be higher given the potential emotional fallout of the pandemic.”

After nearly a year since schools made the transition from in-person learning to distance learning, students and parents across Cochise County are sharing their concerns regarding how the prolonged time away from teachers and peers has affected their mental health.

Jamie Benton, 17, a junior at Buena High School, said the pandemic has made focusing on schoolwork and extracurriculars challenging and stressful due to limited access to school counseling and interaction with classmates in virtual classes.

“It’s strange for me in school because I’m typically an honor roll student and I’m having a hard time feeling motivated for school, and my grades have been slipping,” Benton said. “It’s a terrible combination of being unmotivated and stressed.”

Benton said that talking to a school counselor can alleviate those issues, but since there’s only one counselor for her grade, it has been challenging to schedule an appointment.

“There hasn’t been a whole lot of counseling for our grade in our school,” she said. “Sometimes it’s hard enough to get emails with them, let alone get to sit with them on Google Meet and talk with them about some of the issues we’re dealing with.”

Benton, who’s a member of the school’s marching band and choir, said that practicing virtually over Google Meet has been difficult with internet lag time and limited practices on the field. Only half the band is allowed to practice at a time.

“Half of my schedule is performing arts classes,” Benton said. “But for school, not being able to have in-person performances and practices has been weird, stressful and difficult. We weren’t able to have the whole band meet ... We couldn’t do after-school practices. That was frustrating, because the sports teams could meet up, even if it wasn’t their day to be at school, and we weren’t able to meet up with our whole band on the field.”

She says some of her teachers have been supportive by allocating time to check in on mental well-being at the beginning of class, and noted how being away from her peers has influenced her mental health.

“I think being able to get out of the house and see people boosts my mood, it makes me feel like there’s more purpose in my day and it’s intentional,” Benton said. “In the beginning of the pandemic, it was very hard to adjust because I’m really active in school and my church. I know for a lot of teens, it puts you in a state of depression and it makes you feel meaningless.”

She said more support from the school could make a difference.

“Having a counselor who’s more available for students would be helpful,” said Benton. “On Google Meet, when you have your camera on it’s really laggy and just having more interaction with classmates and counselors would be very helpful.”

Shannon Glaser, whose youngest son, Brandon, is a junior at Buena High School, said all three of her children, the two eldest enrolled at the University of Arizona and Cochise College, have gone through bouts of depression and anxiety.

“All three of them have definite challenges and ups and downs for sure,” said Glaser. “There’s definitely been depression and anxiety and a general feeling of ‘what’s the point?’ ”

Glaser said her youngest son, “wants to go back (to school), but he knows that there’s risk. They’re having to take on adult responsibilities and they shouldn’t have to. I told my kids that your job is to stay alive and to keep others safe. ... I do think the schools, the teachers and the districts are doing the absolute best that they can, and I applaud them.”

Glaser said her son loves the social aspect of in-person learning, noting how it adds to academic achievement, but she stressed the importance of students’ safety.

Glaser believes it would be better if the district kept its distance learning program for the rest of the spring semester and began in-person instruction in the fall. Regardless of when students return, she wants the district to allocate more resources to mental health issues.

“When schools open again, we can get some more school counselors and social workers,” she said.

Mark Silva, whose children attend the Center for Academic Success, said his children have had frustrations while studying at home, but noted they have adjusted.

“They’ve all struggled at home more than in-person. My oldest needs interaction,” he said. “We stay in the house the majority of the time. At first it was harder for all of them, (but) now they’re getting the hang of it.”

Tara McFarland, whose 17-year-old son Cameron McFarland is a junior at Benson High School, is a staunch advocate of in-person instruction.

“In-person instruction is very important for students,” McFarland said. “When the Benson School District started the year with online learning last August as the only option, my son’s math score dropped to 49 percent. He was sad, frustrated and anxious because of how poorly he was doing in math.

“Once Cameron was back in the classroom, his grade went from a 49 percent to an 80 percent within eight school days. He needed that in-person setting, where he could look at the teacher, ask questions and get immediate feedback.”

McFarland wasn’t the only one concerned about the impacts of distance learning.

“The lack of socialization was another issue that came up,” she said. “It was something that several parents were concerned about when they spoke at a school board meeting before the district started in-person instruction. Parents talked about how their kids were going through anxiety and depression issues. Teachers also spoke, and said they were concerned about depression and poor grades during that time.”

The impact of not being in school varies greatly.

Elisabeth Tyndall’s daughter is a third-grader in the Sierra Vista Unified School District. Tyndall said her daughter has felt lonely, but nothing extreme.

“We have an only child, so those friendships from school are especially important,” Tyndall said.

“I don’t think that academically the opportunity to learn is any different in-person or virtual. That really varies depending on the classroom ... Obviously, having that contact with teachers in the classroom makes a big difference, my daughter’s teacher leaves her online classroom open anytime.”

While Tyndall said she’s fairly satisfied with the counseling services her school has provided, she noted how having more school counselors would help to better address mental health needs of the student body.

“Arizona has one of the lowest school counselors to student ratios in the nation,” Tyndall said. “Sending kids back to school doesn’t solve that, and those anxieties are present regardless if children are in school or not. I think they’re doing the best that they can.”

She echoed the need for more mental health professionals in schools.

“I think it would be fantastic if there were more counselors. There’s close to 600 students in my daughter’s school and there’s no way (the counselor) can talk to all of them,” she said. “If we wanted to really address those mental health issues, we need more counselors in our schools across the board.”

Better than a comments section

Discuss the news on NABUR,
a place to have local conversations
The Neighborhood Alliance for Better Understanding and Respect
✔ A site just for our local community
✔ Focused on facts, not misinformation
✔ Free for everyone