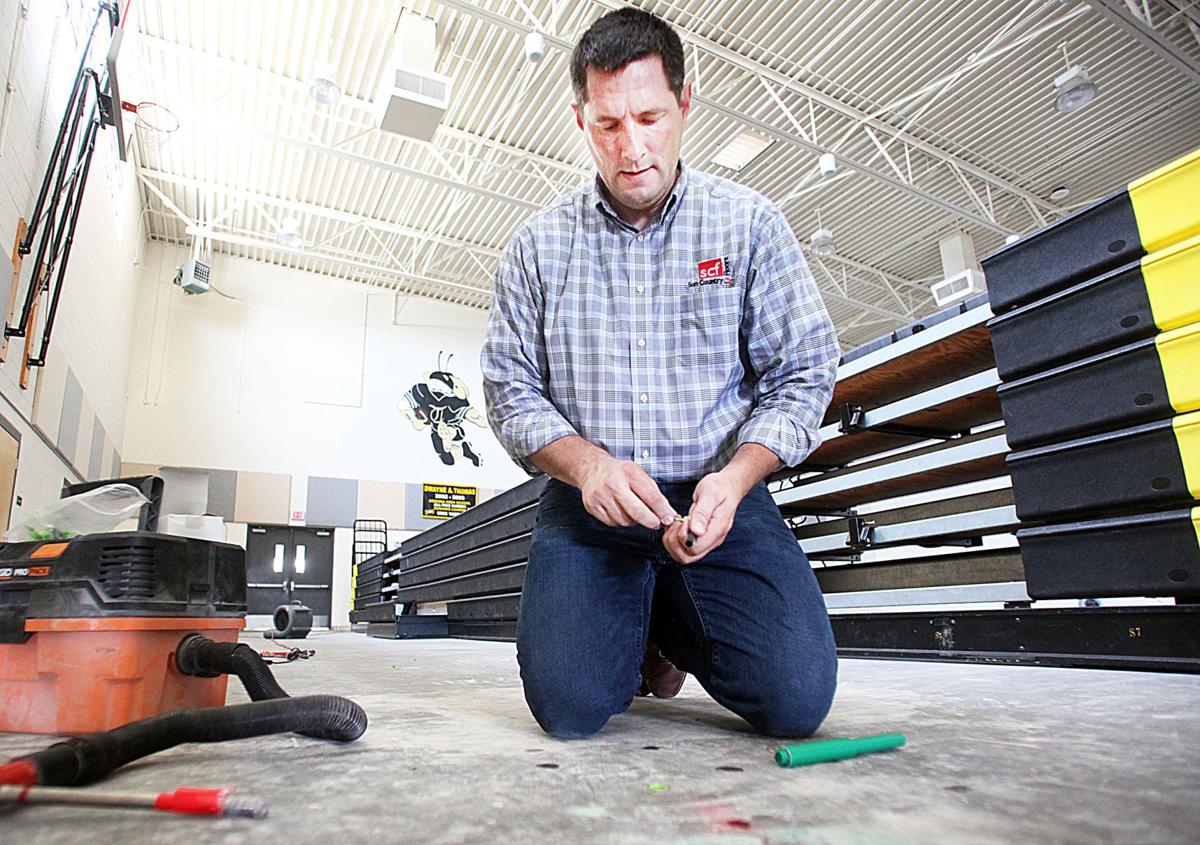 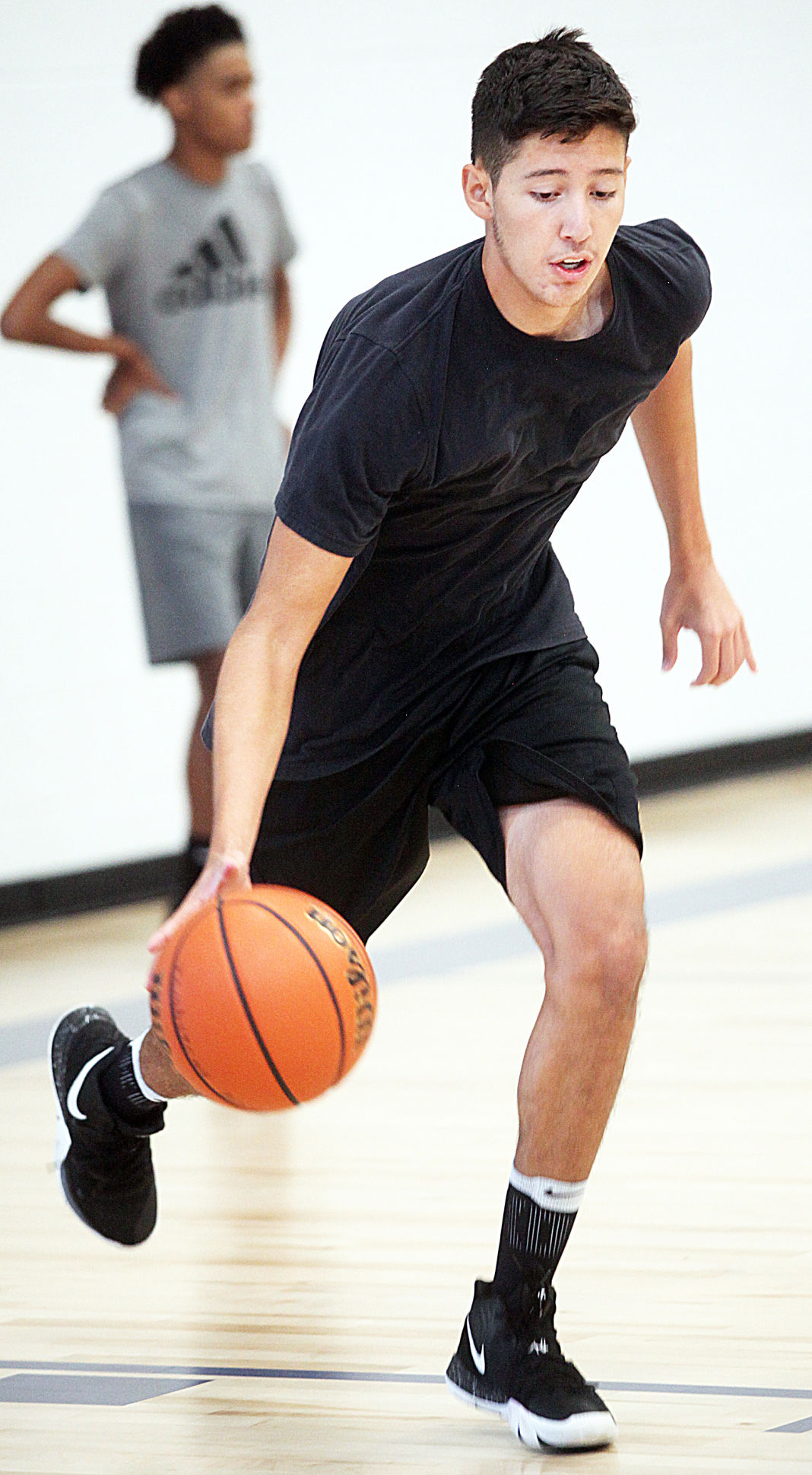 Tombstone High School basketball player Mayan Montoya goes through drills as the team practices on a recent Saturday at the Leman Academy of Excellence in Sierra Vista. 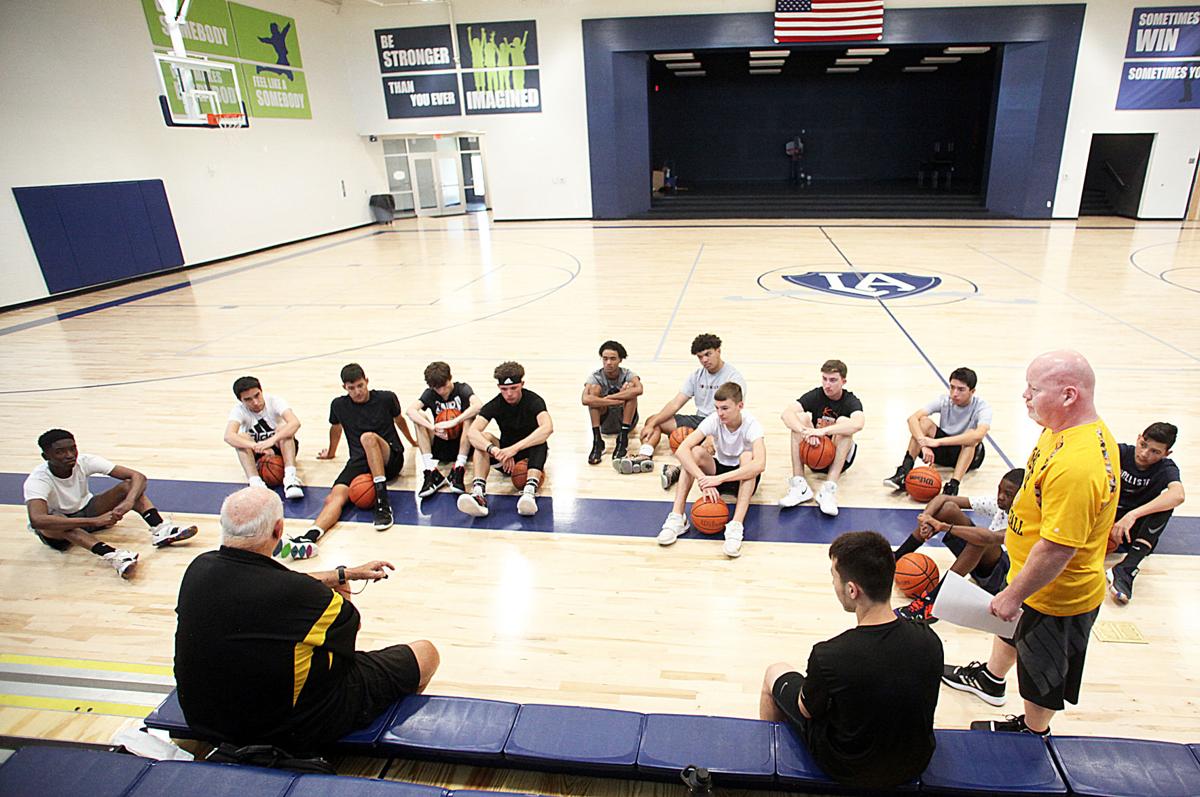 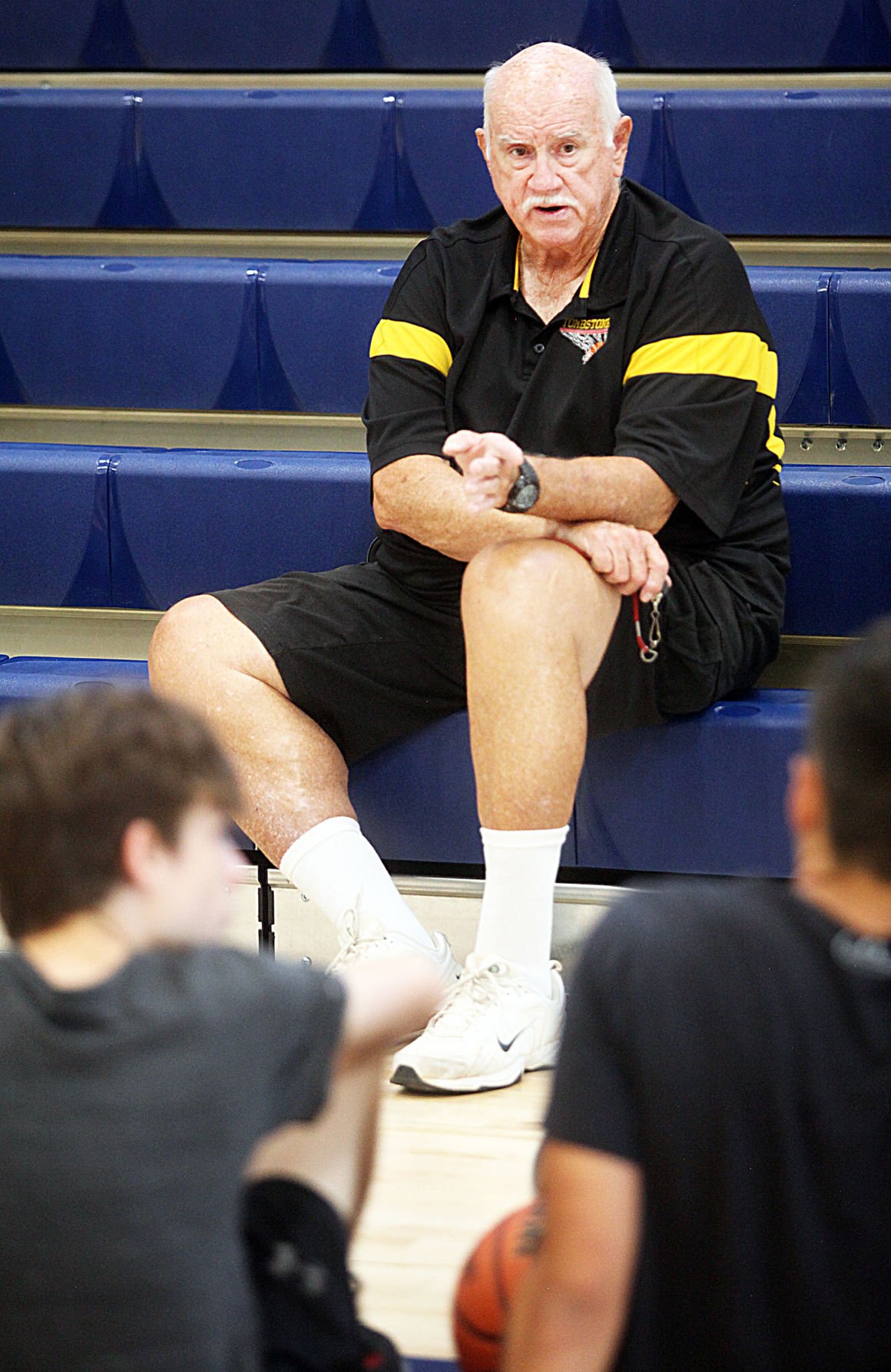 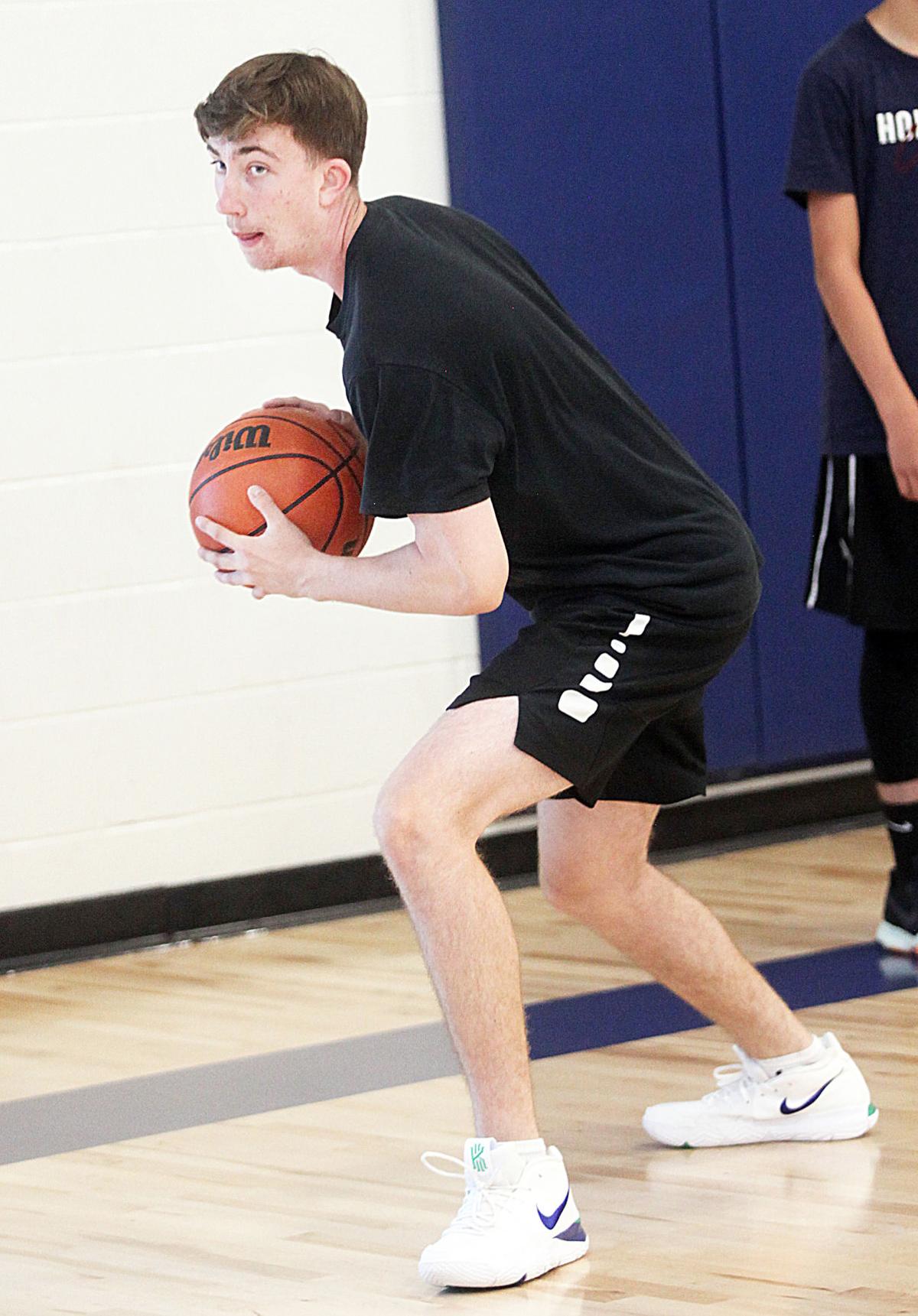 Tombstone High School basketball player Mayan Montoya goes through drills as the team practices on a recent Saturday at the Leman Academy of Excellence in Sierra Vista.

Tombstone has entered into a lease agreement with the charter school for the use of its gym on a month-to-month basis while THS waits for a new floor to be installed in its own gym.

“We’re going to be leasing Leman’s gymnasium every Saturday morning from 10 a.m. until noon until our gym is ready,” said Tombstone head basketball coach Steve Lane. “The wood flooring in our gymnasium was damaged from a flood a few months ago and had to be removed because the wood was ruined. The concrete is still too moist for the replacement floor, so we have to wait for it to dry out before (the new floor) can be installed.”

While the new wood floor has been delivered and is sitting at the high school, there is no definite timeline for when it will be installed, Lane said.

“We’re hearing everything from October through December,” he said. “Basketball season starts in November, and until that new gym floor is ready, we will not be able to host any home games, which is unfortunate.”

“With volleyball season already here, they need to use that gym for practice time,” Lane said. “We would like to be able to practice more often than once a week, but this is our only option until the gym is available again. We’re grateful that Leman’s has been gracious about accommodating us at their gymnasium. It’s a beautiful new gym with a fantastic floor, it’s air conditioned and just an all-around fine facility.”

While Tombstone Unified School District has three campuses with gymnasiums, the other two are already being used.

“Huachuca City School has a lot of activities going on in its gymnasium, so it’s not available,” Lane said. “We’re taking an unfortunate accident and doing the best we can with it. The girls’ volleyball team is most impacted by this because they are in season right now, without the high school gymnasium for practices and home games.”

“One of the options they’re considering — if the floor is not ready in time (for the beginning of the season) — is to see if we can adjust the game schedule early in the season so we do not have home games,” Lane said. “But I think our administration is optimistic that our gym will be ready by the start of the season in November.”

To date, Lane has held about 14 Saturday practices. Players have to find a ride to Leman Academy every week, and Lane says he has about 12 players who consistently make it to the practices.

“We have basketball players who are in cross country and football, so those players are not practicing with the basketball team, as they’re busy with their respective sports,” Lane said. “When you’re working with a small school like Tombstone, we often get students in multiple sports.”

About the THS gym floor

The band room was being used while the school district waited for new carpet to be installed, but the gym has remained closed because of high levels of humidity, which hasn’t allowed for the concrete supporting the floor to fully dry out. The contractor is unable to install the wood floor until the humidity drops to an acceptable level.

“So now it’s a waiting game,” Thursby said. “We had hoped to have the floor replaced by the time school started, but that wasn’t possible. At the beginning of the summer, Sun Country drilled small holes in the concrete in nine different places to test for humidity. They come back every two weeks to recheck humidity levels. Once it drops to a certain point, they’ll be able to install the new floor.”

Thursby said when unexpected situations like this happen, the school district launches a backup plan.

“Our girls’ volleyball team is practicing at Walter J. Meyer School, our PE classes are being held outside and in our weight room, and pep assemblies are held outside until the floor is replaced and the gym reopens,” he said.