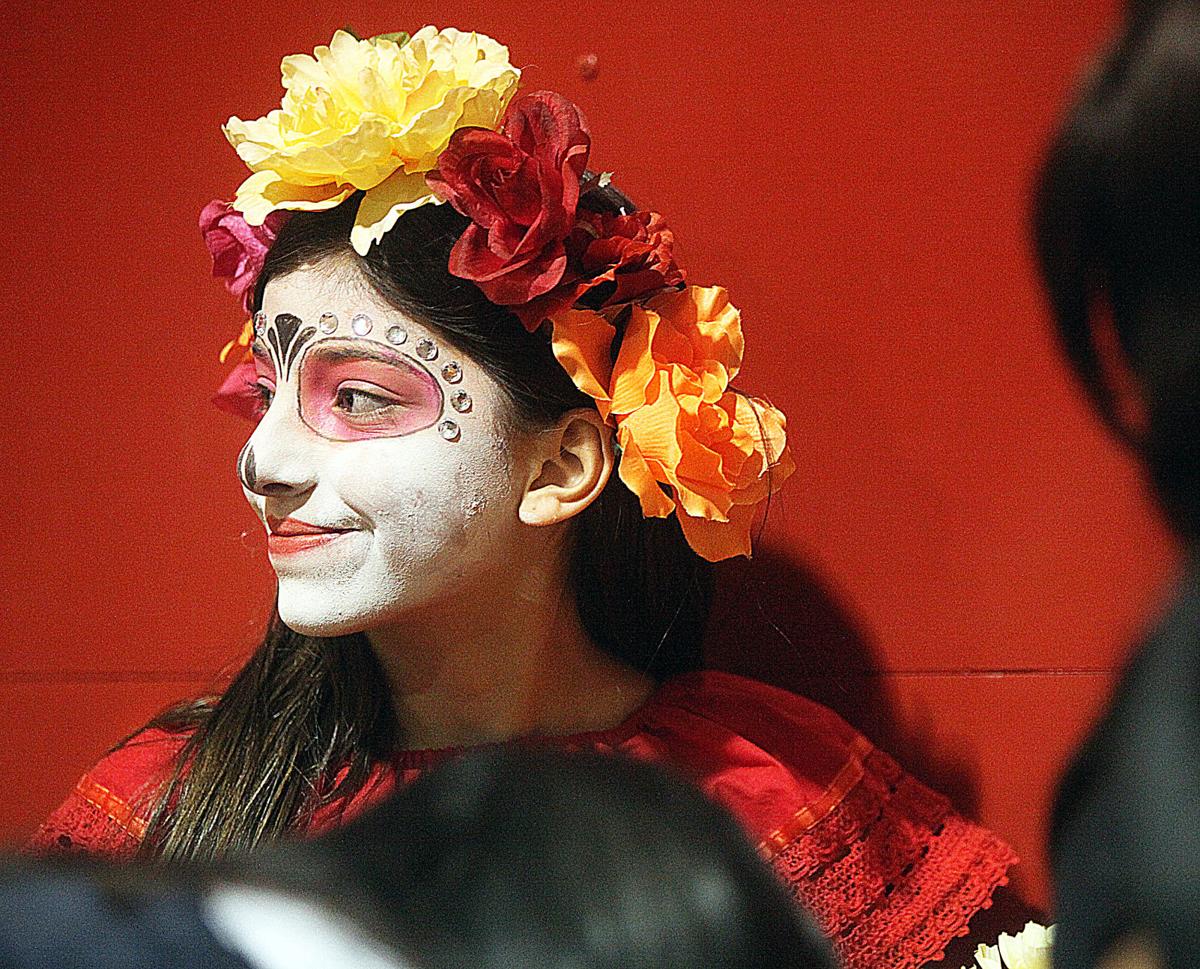 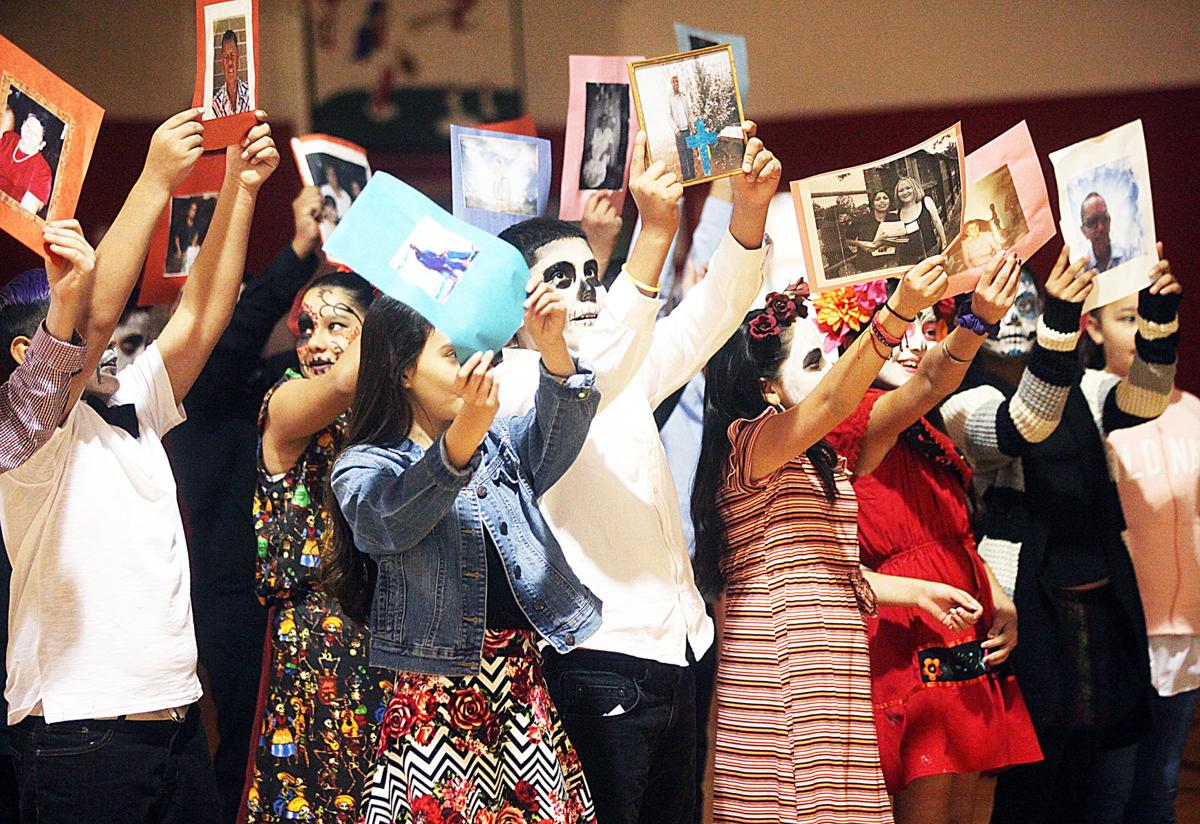 Naco Elementary School 5th graders perform a Day of the Dead production as they display photos of loved ones who have passed away. 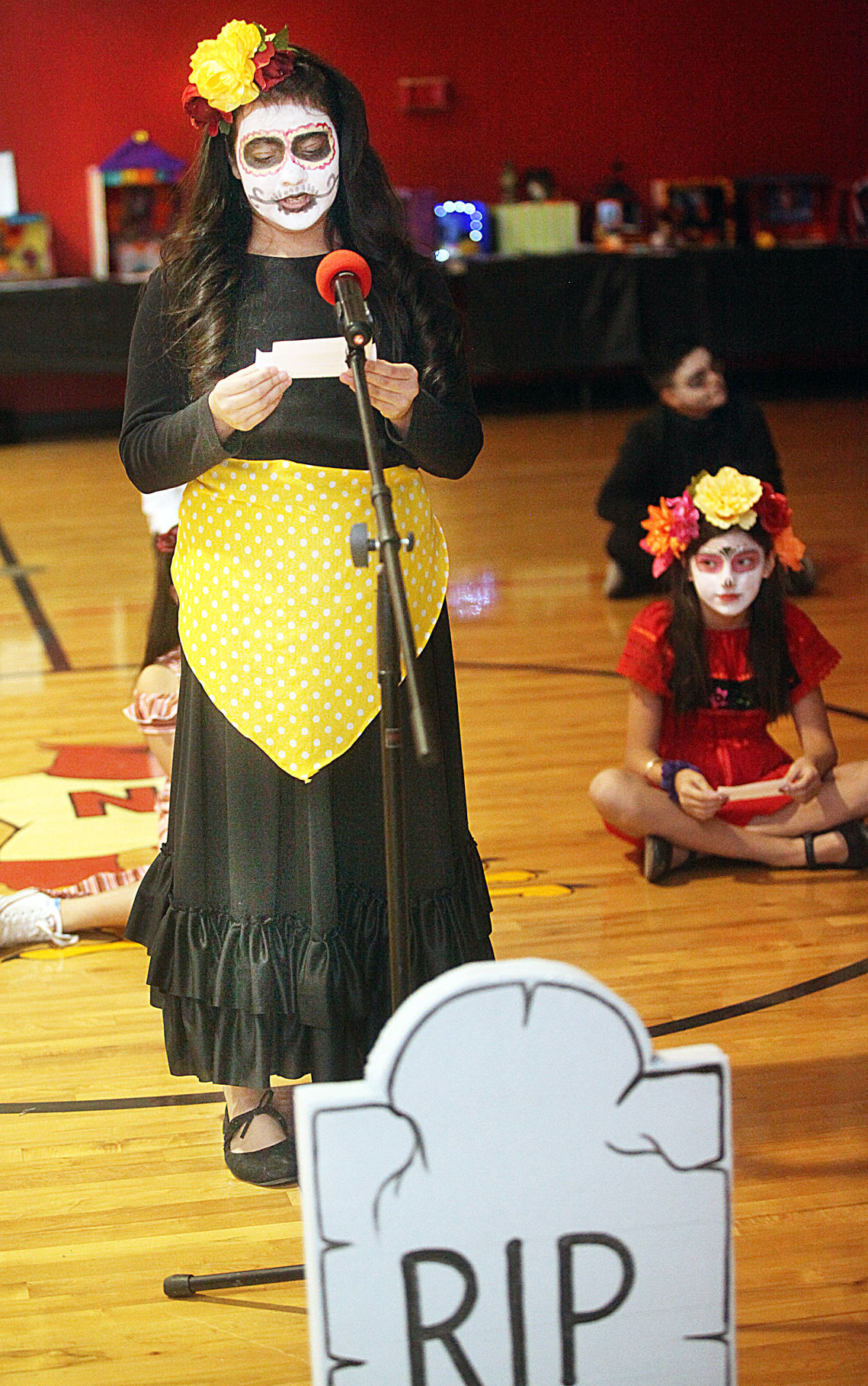 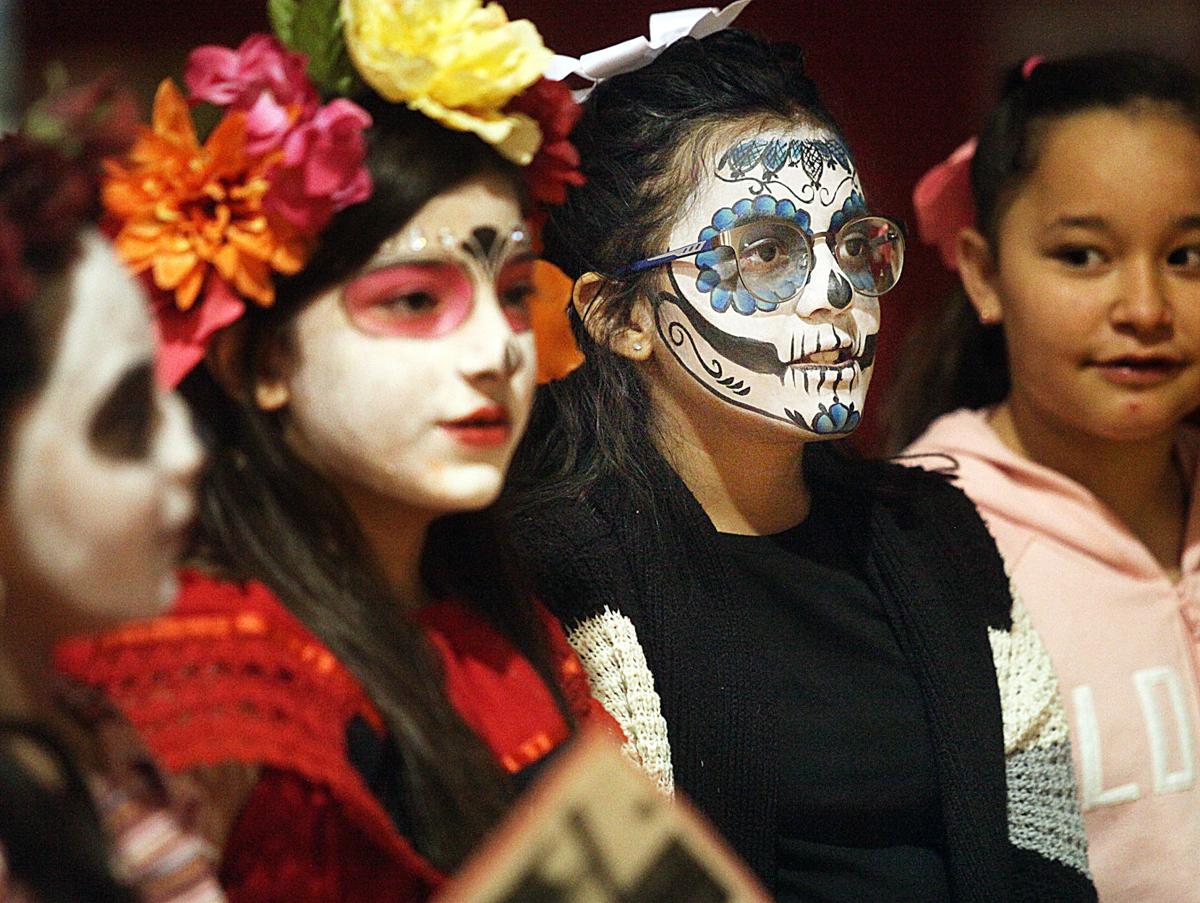 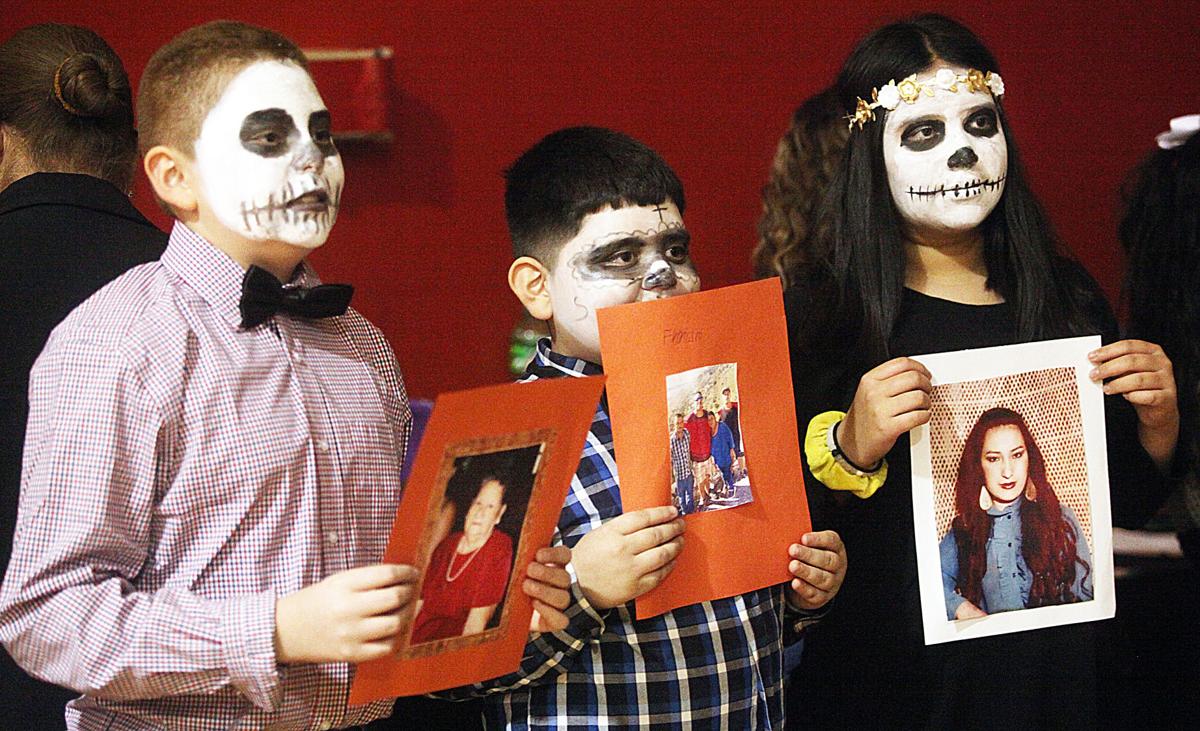 Naco Elementary School 5th graders display pictures of their loved ones for parents who are taking photos of them.

Naco Elementary School 5th graders perform a Day of the Dead production as they display photos of loved ones who have passed away.

Naco Elementary School 5th graders display pictures of their loved ones for parents who are taking photos of them.

NACO — The topic of death is one that fifth graders at Naco Elementary School know a lot about.

Friday morning in front of parents, relatives and other students at the school, 17 members of teacher Zenia Franco’s fifth grade class put on quite the show about death.

It was the school’s annual “Day of the Dead” or “Dia de los Muertos” production inside the Steve Marshall Gymnasium, and the atmosphere was one of excitement, with tweens decked out in traditional Mexican dresses and button-down shirts with bow ties and painted faces made to look like sugar skulls.

Franco, of Mexican descent and a teacher at Naco Elementary for the past 14 years, said it’s paramount that her students keep their culture alive.

“I like to incorporate lessons for my students that have to do with their culture and their traditions,” Franco said. “And Day of the Dead is a very popular and one of the most celebrated traditions in Mexico.”

Franco said the Day of the Dead is a time of celebrating and remembering family members who have passed away. “Dia de los Muertos” has its origins in Aztec traditions honoring the dead. The Aztec Empire’s influence extended throughout present-day Mexico and Central America. The holiday is celebrated between Oct. 31 and Nov. 2.

The costumes worn by the children in Friday’s show along with the painted skeleton faces are known in Mexico as “El Catrin and Catrina,” Franco said. They represent the sugar skull couple and are usually depicted as a male and female skeleton dressed in a tuxedo and top hat and a long formal gown.

The calavera, or the skull, is a “big symbol” of the Day of the Dead, Franco said. In the United States, many Americans have adopted the same skull — called the sugar skull — and sport it on everything from T-shirts to smartphone cases.

But for the youngsters starring in Franco’s production, the Day of the Dead is simply a tradition their families have always adhered to.

Aside from singing and dancing in the show, the students each prepared an altar honoring a loved one who has died.

Jesus’s shrine included two pictures of his great-grandfather. It also included cookies and a mini-skull. Other altars lined up next to theirs were equally colorful and artsy, each with a picture of a relative and a miniature version of something that person loved.

Franco’s pupil Zoe Martan, 10, said her family visits the cemetery on Nov. 2, the final day in the Day of the Dead holiday.

“We also eat tamales that day in honor,” she said.

Alleyah Diaz, 10, said she “loves” the tradition because it turns into an all-day event.

“We go to the cemetery in Mexico and I can honor my loved ones,” Alleyah said with a smile. “We’re usually celebrating until 10 at night!”

Ditto for the trio of boys, Pete, Joel and Jesus, who said their families all do the same things.

Franco said the Day of the Dead also has another purpose.

While death is not a pleasant topic for most people, especially children because they don’t normally understand its permanency, the Day of the Dead tradition eases that fear and confusion somewhat for youngsters; they grow up experiencing three days of honoring and celebrating the life of someone they loved, Franco said.