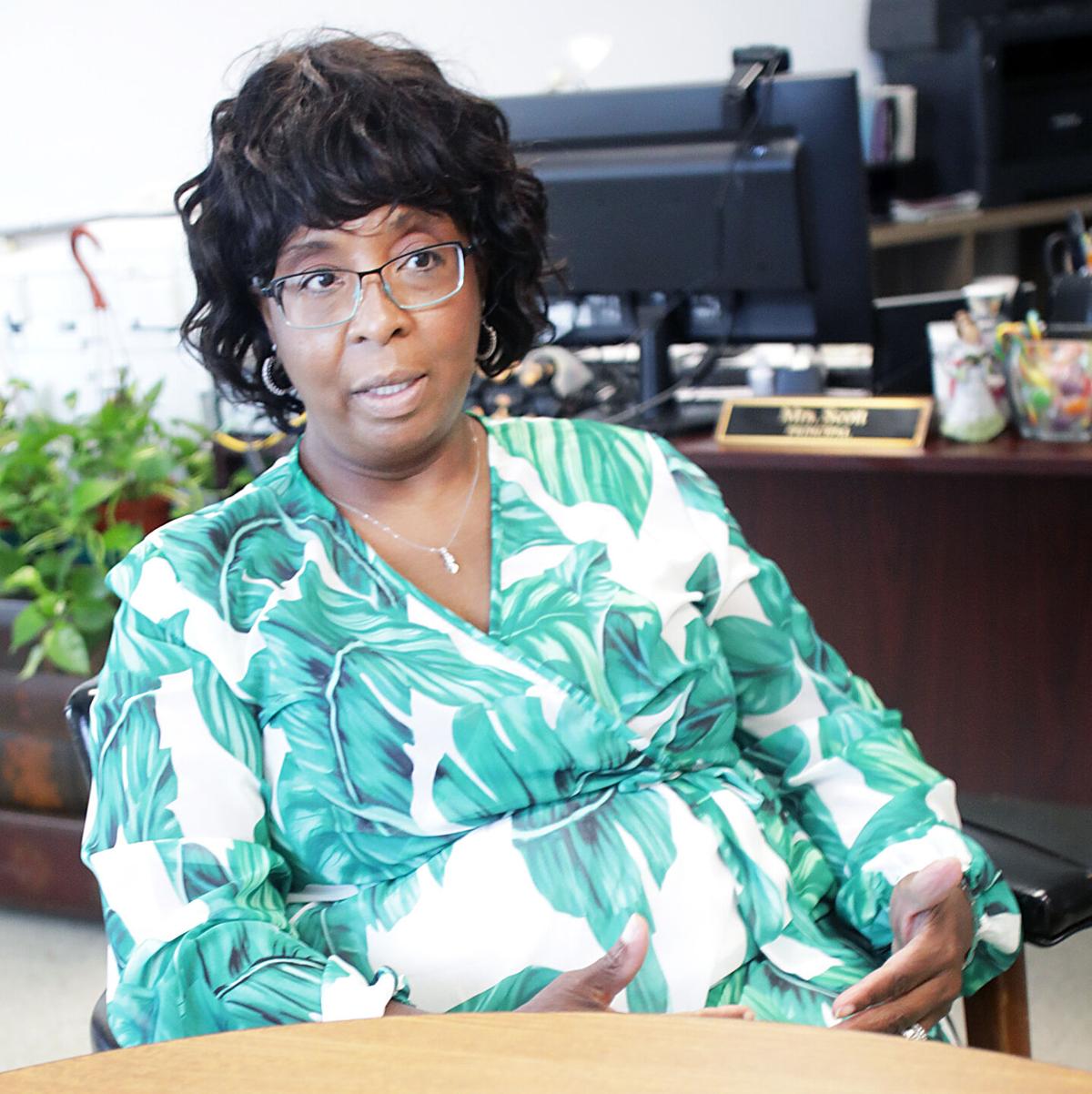 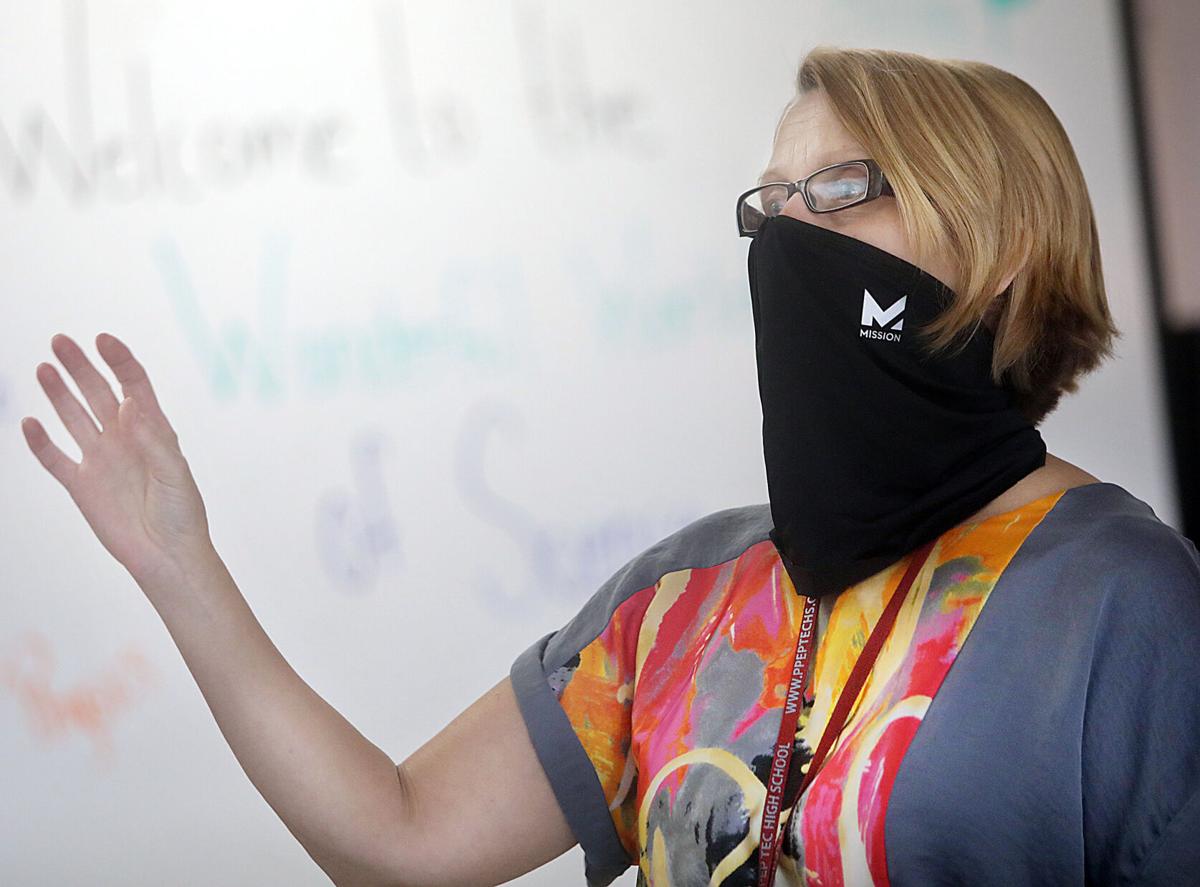 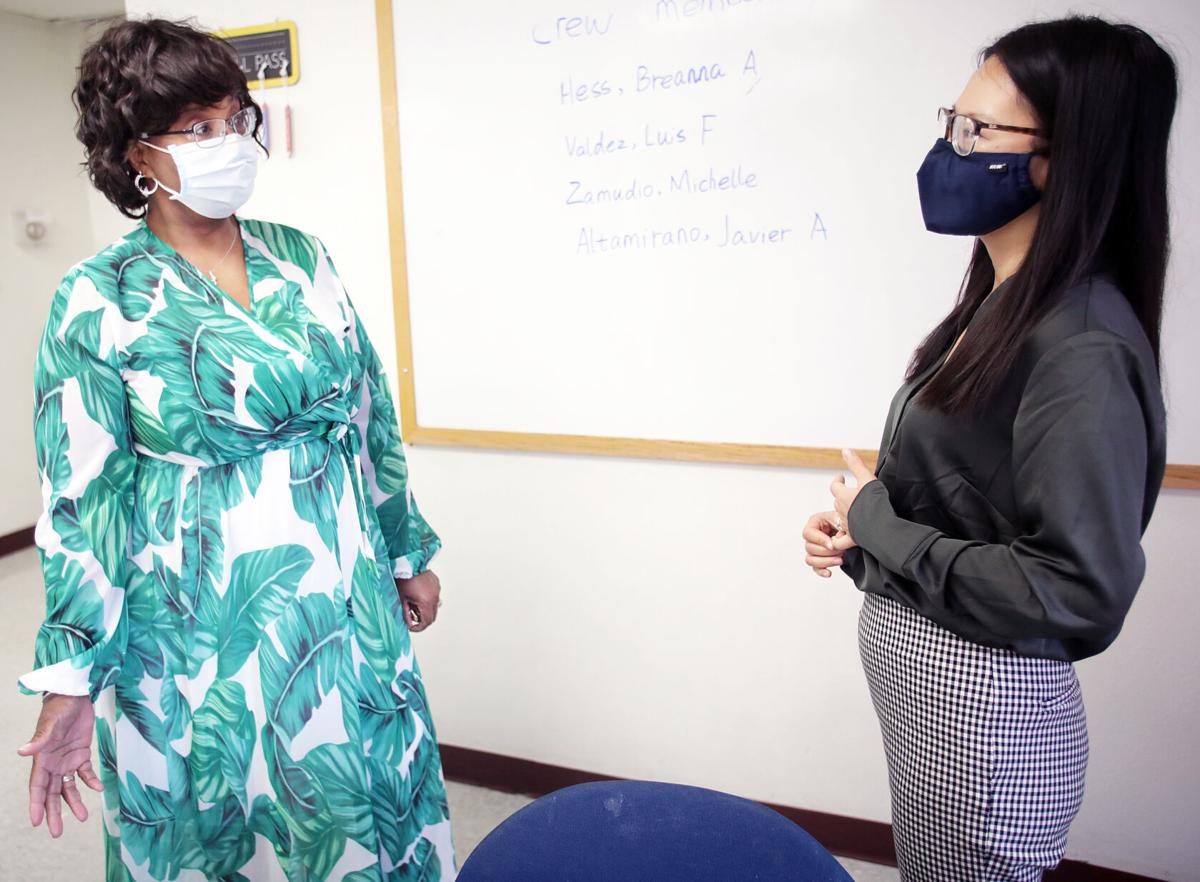 SIERRA VISTA — When students from the Ppep Tech Sierra Vista campus returned to school for their orientation and first day on Wednesday, they were greeted by a new face and new lead teacher.

Johanna Scott, took over as lead teacher, also known as the principal, for the school on July 29. She said this is her first time being a principal for a school and excited for the new challenge. Scott and her staff welcomed students back into the building for the first time since March for student orientation on Wednesday. Students and parents were able to meet the teachers they will be interacting with online until they are allowed back into the classrooms.

Although Scott didn’t officially take the lead teacher position until late July she began working on the school on July 6. She painted multiple walls near the main entrance to make it more inviting to students.

“I thought we needed a facelift,” Scott said. “If you look good, you feel good. I want the kids to have an environment conducive for learning.”

By making the school more inviting and welcoming Scott hopes students will want to come to school and enjoy being there. She believes if students want to be in school then they will perform better.

“I want (our building) to be a place where (students can succeed),” Scott said. “I know they can.”

Geraldeen Moriah Levi, director of school operations, said before the changes Scott made, the school didn’t feel as personable and now it has a more home-like feeling.

“The physical changes are a first start,” Scott said. “I think the kids are going to want to come here.”

Last year Scott served as an executive administrative assistant at CAS and outreach coordinator for county superintendent Jacqui Clay. Prior to that she worked at Buena High School and within the Sierra Vista Unified School District. Education is a second career for the Sierra Vista resident.

Scott worked as a welder for Ford Motor Company in Ohio for eight years before meeting her husband and moving with him throughout his military career. When they moved to Sierra Vista, for the first time in 1997, she decided to attend college to begin a new career since there weren’t any welding opportunities. Admittedly, Scott said she started as a criminal justice major, with the hope of being a cop, and later switched to education because of her love of kids.

“I’ve always liked kids,” she said. “My sisters and mom said they always knew I would become a teacher. I would give my sisters flashcards all the time.”

Scott added her first teaching job was seventh grade English and math at the Sierra Vista Middle School, now known as Joyce Clark Middle School, after the schools then principal Don Rothery pulled her out of the classroom she was student-teaching in.

Ppep Tech started the school year on Wednesday with distance learning and will resume in-person when it’s safe to do so. In a letter posted on the district’s homepage, Superintendent Wayne Tucker wrote: “ Even when we are able to return to some degree of in-person learning, the classroom will be very different from the classroom of last year. Actual class time will be shorter and the number of students in class.”

Scott said they hope to have 90 students this year and are continuing to accept new students.