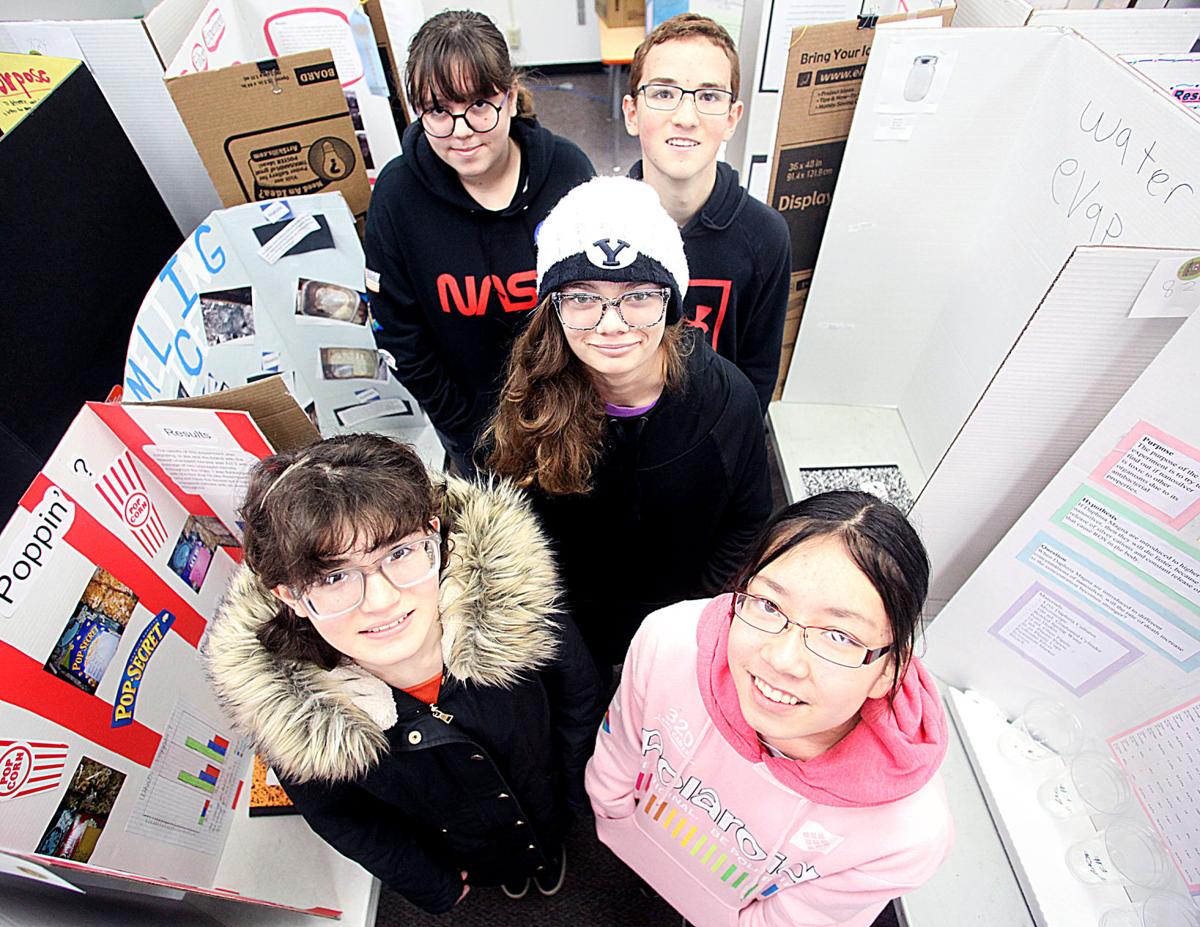 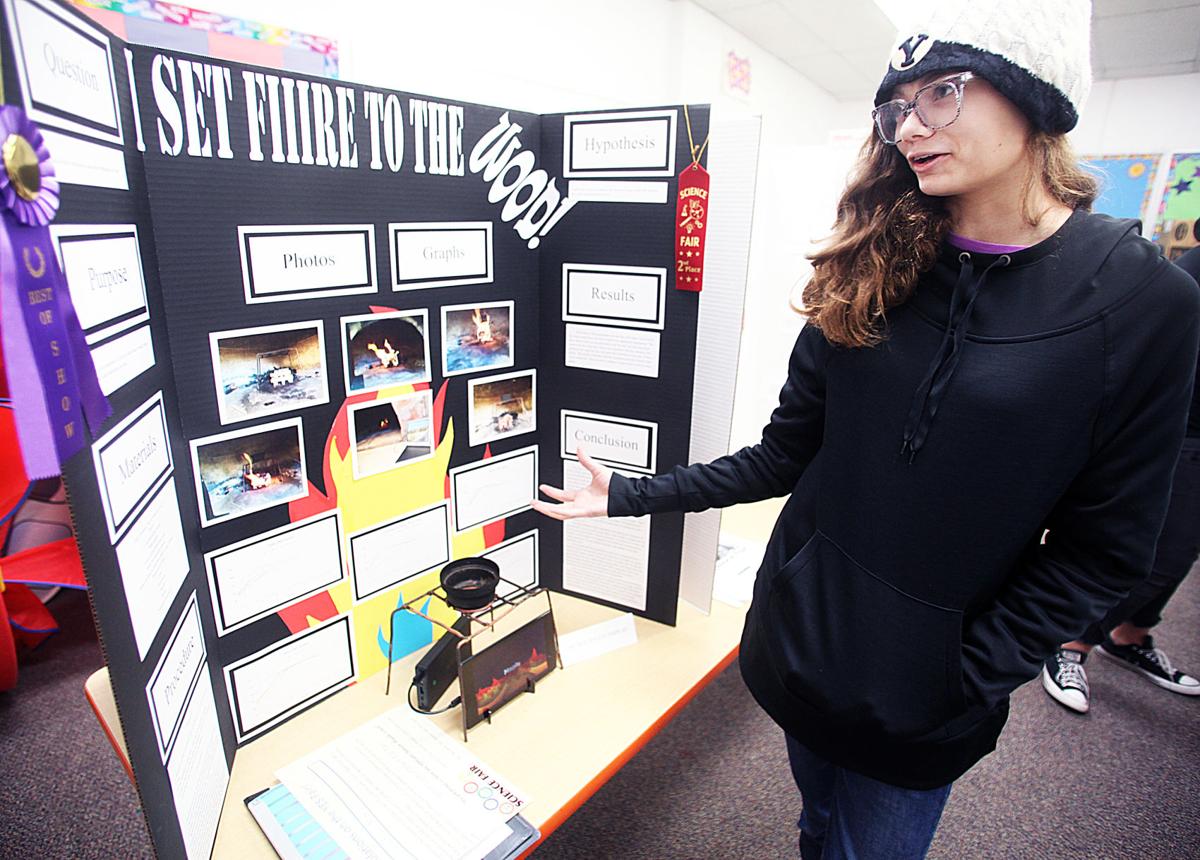 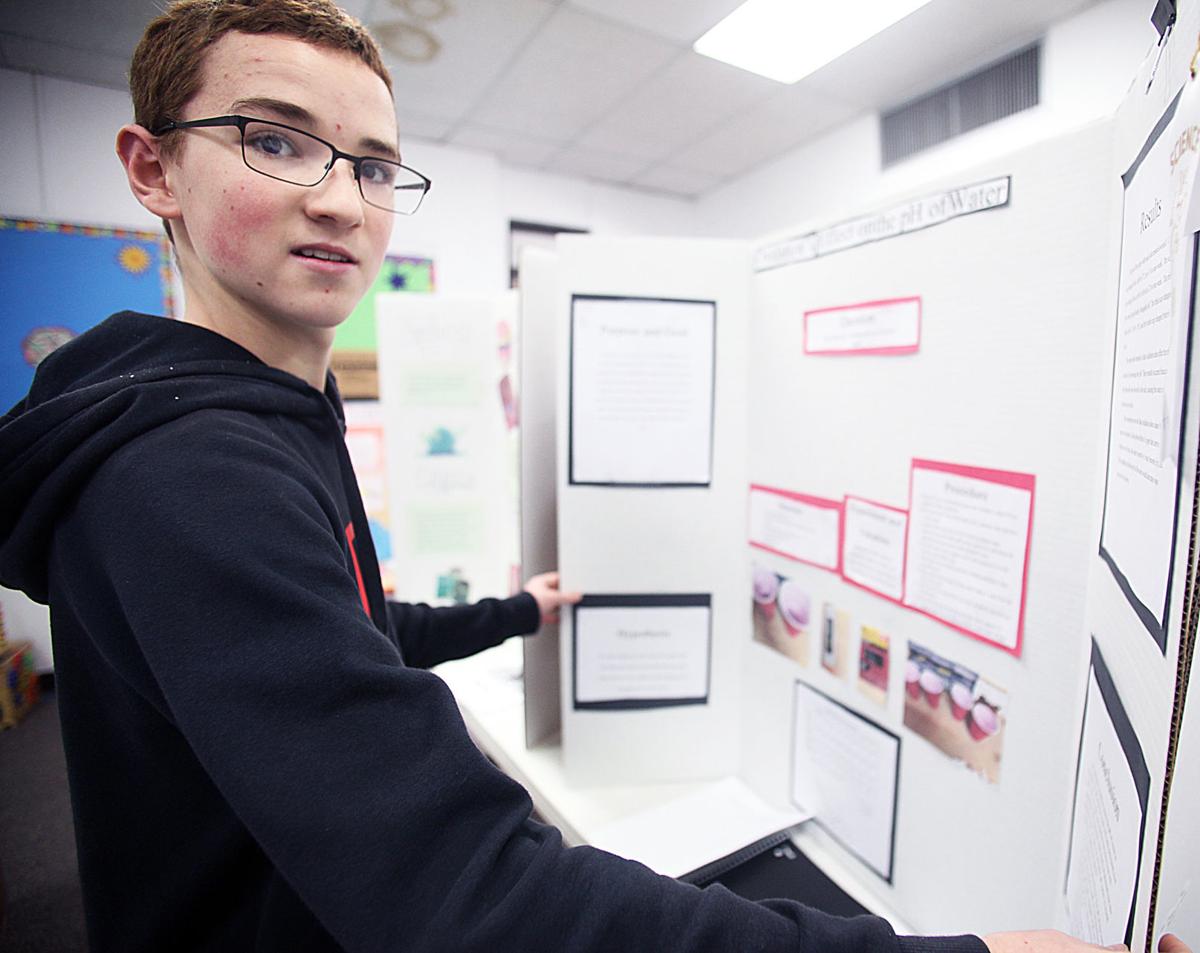 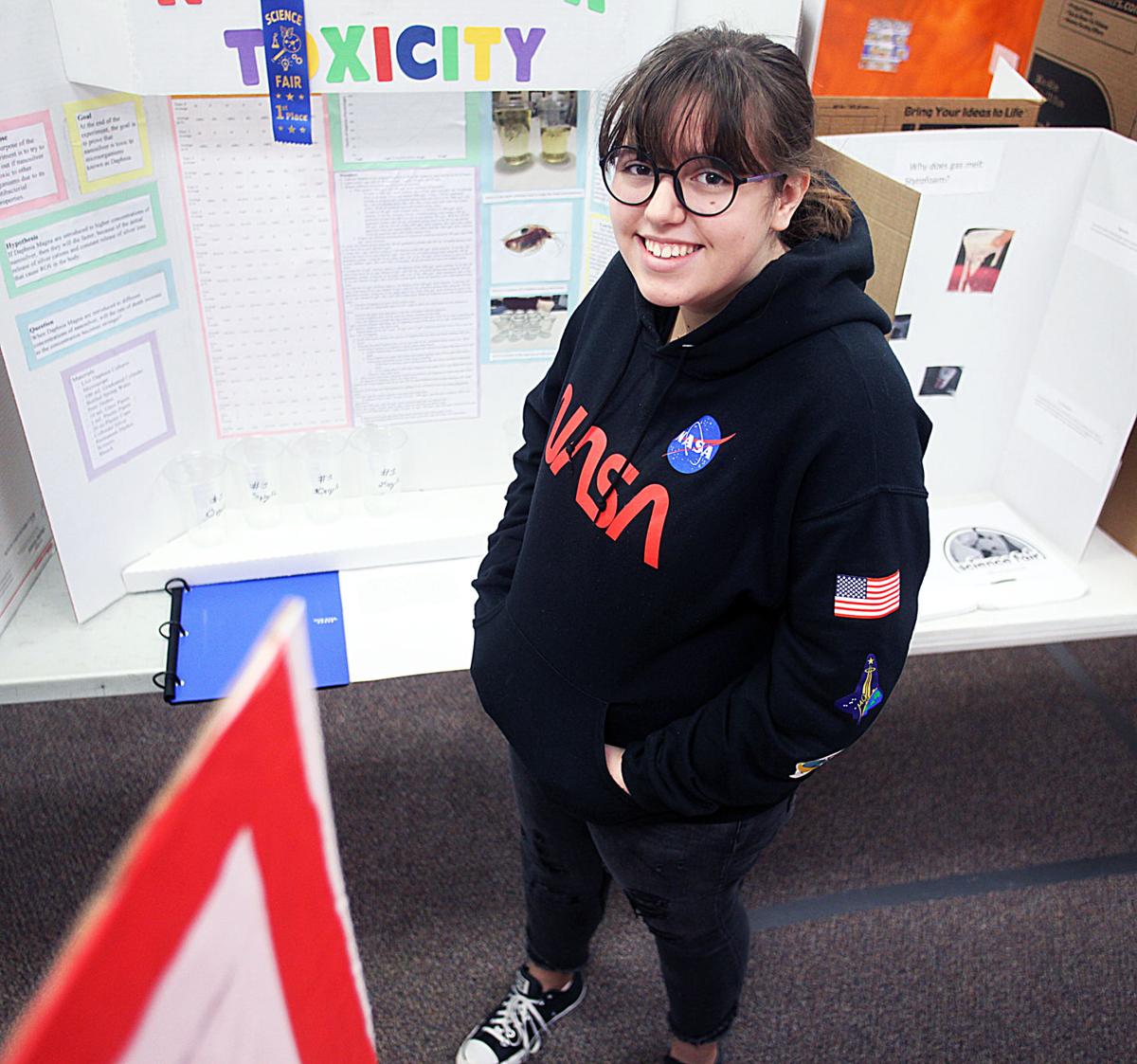 Yui Salazar will be heading to the YES (Youth, Engineering and Science) Fair later this month with her scientific investigation that delves into the “five-second rule.”

The Benson Middle School eighth-grader recently used the scientific method to test bacteria growth on food that falls on the floor.

“Many people believe that if you drop food on the floor and pick it up in less than five seconds, it’s not contaminated by bacteria and it’s still safe to eat,” Salazar said, while standing next to her display board that showcased the procedures she used for her project and its outcome.

“I questioned whether food that is dropped is still safe to eat and conducted experiments using apple slices for the food source,” she said.

Salazar sliced the apples in equal sizes and dropped them on a floor for different time increments.

“One slice was on the floor for one second, one for three and one for five,” she said. “I also had one slice that was not dropped.”

Interestingly, the apple slice that did not come in contact with the floor grew the most bacteria, Salazar noted in her experiment. But the bacteria that grew on the dropped, or “contaminated” slices, was much brighter in color than one slice that had not been dropped.

“The significance of this experiment is that brighter colored bacteria is more dangerous,” Salazar said. “Food that is dropped on the floor is unsafe to eat, even if it’s less than five seconds. But food that sits around grows bacteria as well,” she said of her investigation and the results.

Every year, Benson Middle School students come up with a science project using the scientific method’ and the following five steps for a science project: make an observation, ask a question, form a hypothesis, make a prediction based on the hypothesis and test the prediction.

Another Benson eighth-grader, Lydia Marks, won “Best of Show” for her middle school science project, “I set fire to the wood!”

Using four types of wood, she set out to see which one would raise the temperature of water the most while burning.

“I tested oak, mesquite, maple and pine,” Marks said. “My hypothesis was that the denser the wood, the higher it would raise the water temperature, but the results for my experiment didn’t work out that way. Of the four different types of wood that I used, oak was the densest, but the least dense wood, which was pine, raised the water temperature the most.”

The students’ investigations were showcased and judged at Benson Middle School’s recent science fair, with the top few projects in each grade awarded ribbons. The winning projects also will be entered in the annual YES Fair at the Windemere Hotel and Conference Center, 2047 S. Highway 92 in Sierra Vista, with this year’s event scheduled from Feb. 25 through 27.

The YES Fair draws hundreds of science-minded middle and high school students from all over Cochise County for the judged competition where they win ribbons, certificates and money for top projects.

Sponsored by Sulphur Springs Valley Electric Co-op, fifth- through twelfth-grade students who live in SSVEC’s service area, as well as students from schools in Bisbee, Douglas, Nogales and Tombstone are eligible to enter science projects in the event.

Throughout the competition, display boards fill the Windemere halls and conference rooms with projects that explore all areas of science, engineering, math and technology.

Every year, two high school projects are selected as grand prize winners to compete in an annual Intel International Science and Engineering Fair — representing the world’s largest pre-college science competition — with this year’s event scheduled from May 10 through 15 in Anaheim, California.

The YES Fair competition is at the Windemere Hotel and Conference Center, 2047 S. Highway 92 in Sierra Vista from Feb. 25 through 27.

The three-day schedule is: