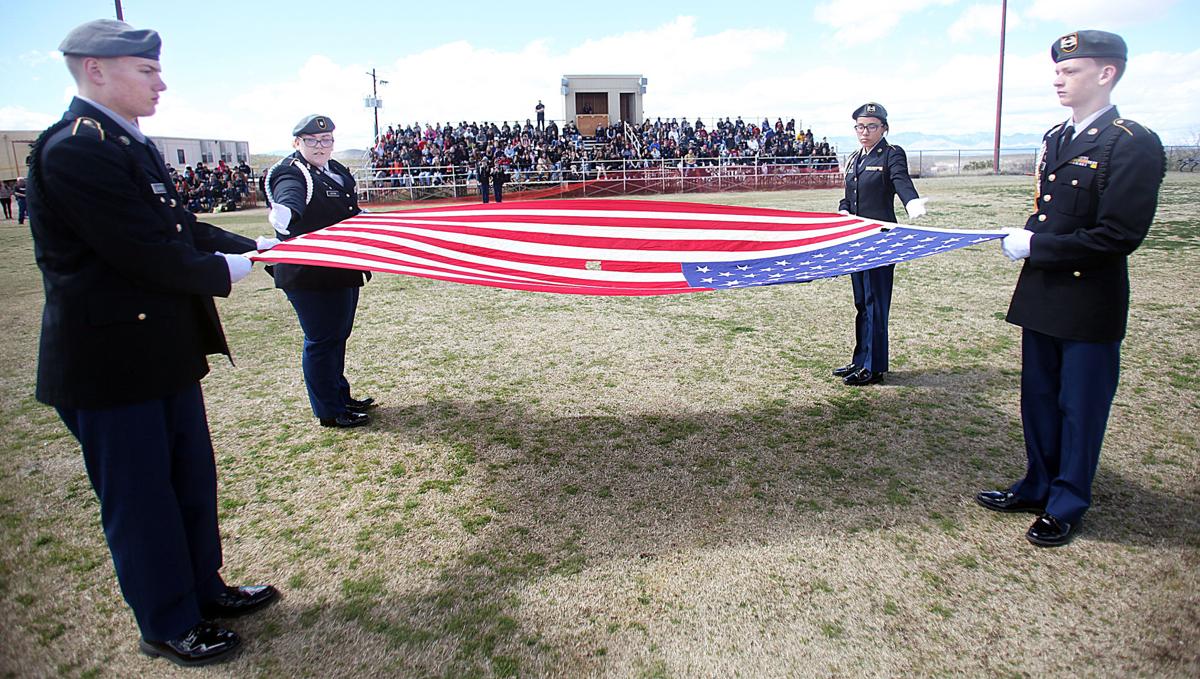 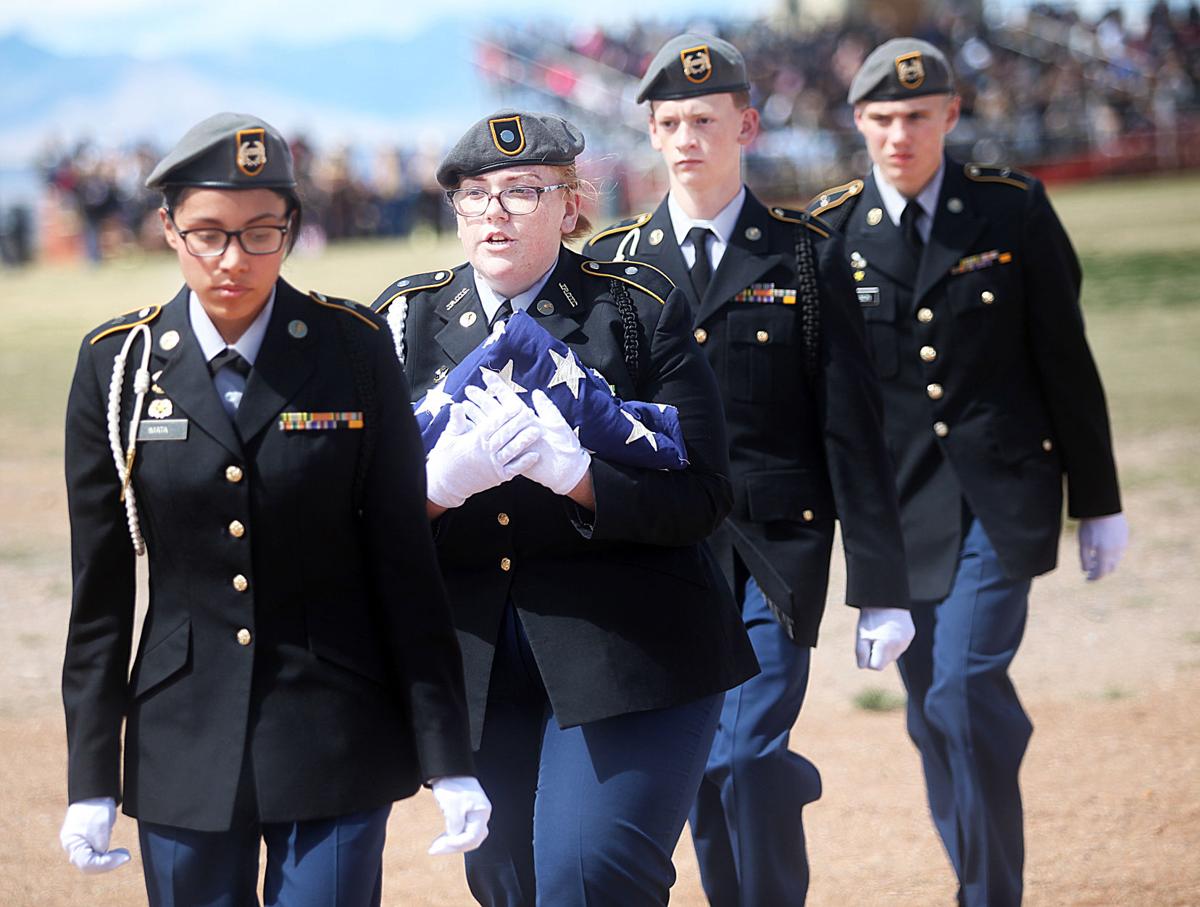 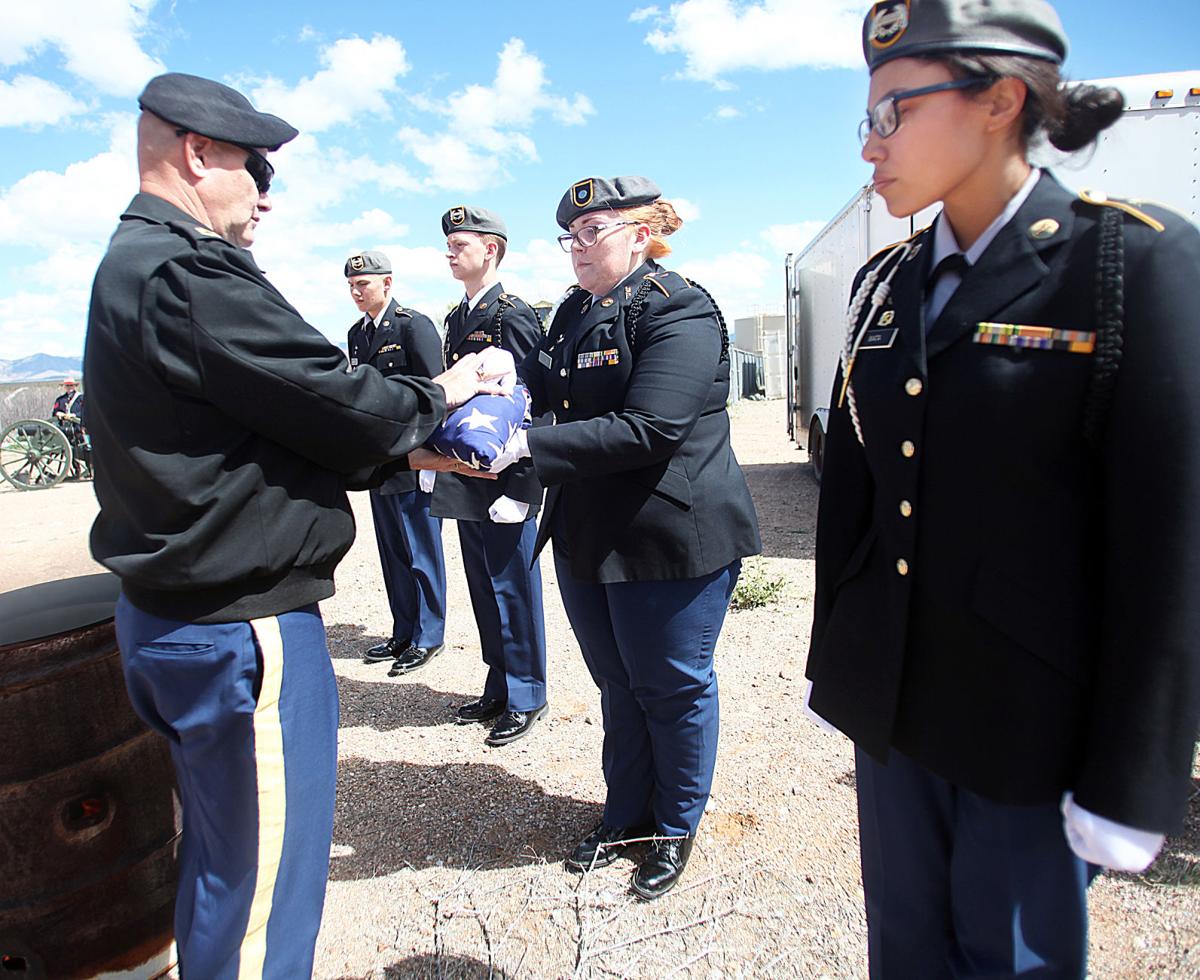 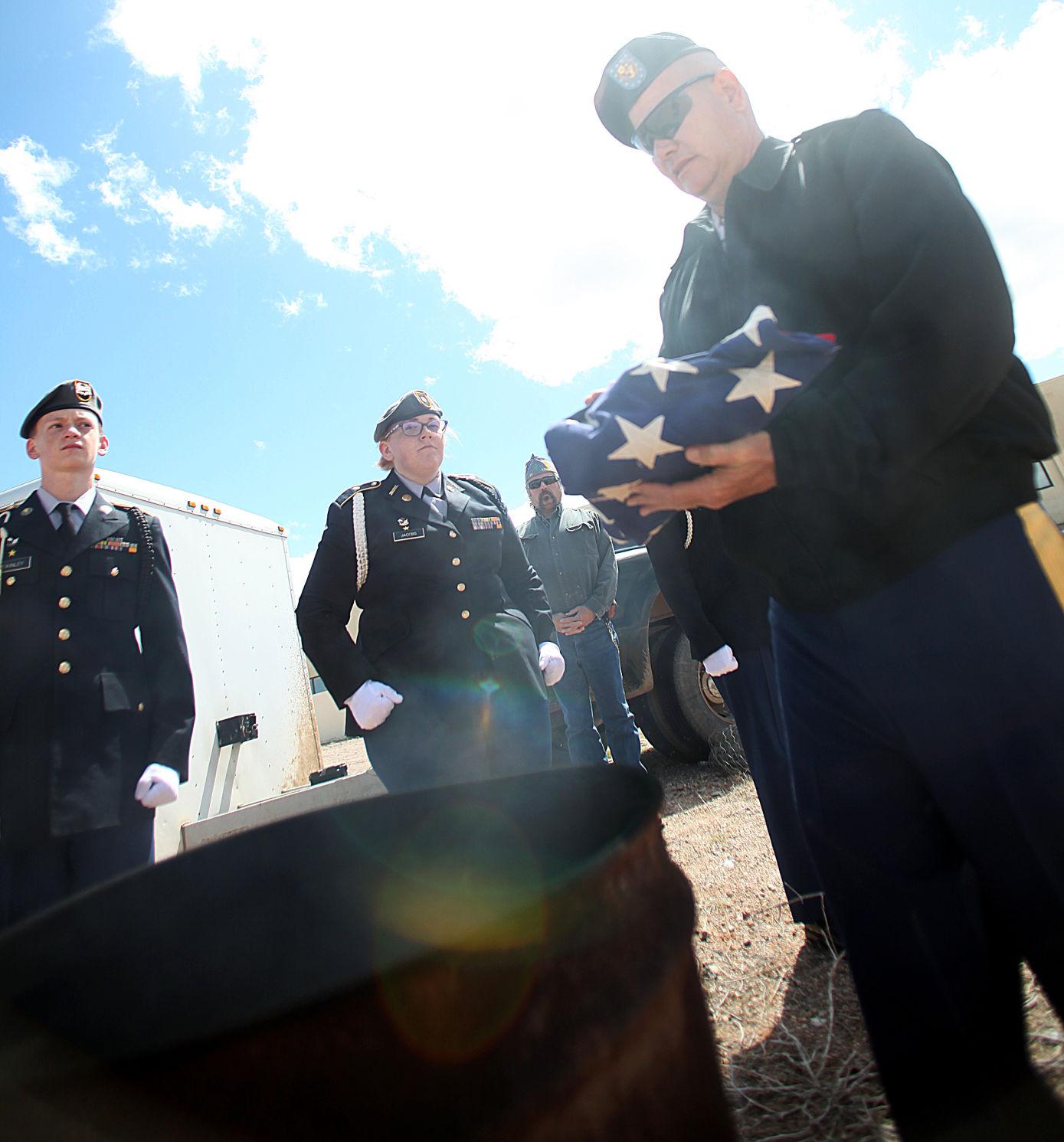 Buy Now
Stay Informed. Subscribe For Only $1.99 Per Week

In her opening remarks, Cadet Lt. Col. Kathryn Hazel, Yellowjacket Battalion Commander, spoke of the flag’s history and its significance as “the country’s greatest symbol of freedom.” The solemn ceremony honored the U.S. flag and all those who have fallen to protect it.

“The fifty stars, the thirteen stripes and the thousands of soldiers who have dedicated their lives to protect our wonderful country is what we are honoring today,” she said.

Hazel spoke of the country’s ceremonial tradition of destroying old and worn flags, based on recommendations set by the U.S. Flag Code.

“The flag, when it is in such condition that it is no longer a fitting emblem for display, should be destroyed in a dignified way, preferably by burning,” she read. “In keeping with the law of our land and recommendations of our organization, we present to you these United States flags, the symbol of our great nation, which have served their useful lives…”

The ceremony also included the flag’s history and how it serves as a symbol of freedom, an “emblem of the greatest sovereign nation on earth.”

Reading from a script, Hazel reminded those gathered of what the flag’s colors represent.

Red stripes are symbolic of the blood spilled in the defense of the nation, white stripes signify the tears shed by Americans who have lost loved ones and the blue field is indicative of heaven under which the flag flies.

Proudly bearing the nickname “Old Glory,” Hazel said the flag deserves the country’s honor, respect as it represents the spirt of democracy.

“As you can see, this banner of freedom before you is worn, tattered and soiled from use and age, “Cadet Maj. Emma Fisher said. “Her broad stripes are no longer a fiery red and piure white, but faded and worn out….She has flown and done her job well, but now she must be replaced with a new flag to properly represent this great nation of ours.”

Cadet flag bearers folded the retired flag into 13 folds before presenting it to JROTC instructor Dan Kilpatrick to be burned.

“May the spirit of this flag be born again in the new flag we now fly,” Hazel said, as the crowd stood for the three-round cannon volley, followed by Robinson playing “Taps.”

Donnis Davis and his wife Priscilla, of Fenner’s Louisiana Battery, a Civil War historical education company, fired the cannon volleys for the observance.

Following the ceremony, Caitlain Mata, a freshman honor guard member, said she plans to stay in JROTC through her four years at Tombstone.

“The flag raising ceremony was an amazing experience,” the cadet said. “I really enjoy being part of this program and love the camaraderie all of us share through JROTC.”

Sophomore Caleb Lucas, also a member of the honor guard, said he feels the flag ceremony is a “respectful way to honor the flag and all it represents to our country.”

“This was my first flag retirement ceremony and I thought it was a beautiful observance, filled with a lot of emotion. It’s something that teaches us about the flag’s history and why our flag deserves respect as an important symbol for our country. I’m glad our JROTC holds this observance.”

Honor Guard member Morgan Wilson, a senior, said that Thursday’s ceremony is just one of several events the high school’s JROTC holds throughout the year.

“Our entire JROTC program gets positive comments from different organizations about ceremonies we organize and participate in,” she said. “We march in several parades every year, we have one of the only mounted color guards in the country and we participate in a lot of competitions. I think this is a fantastic program.”

The raising and lowering of the retired flag