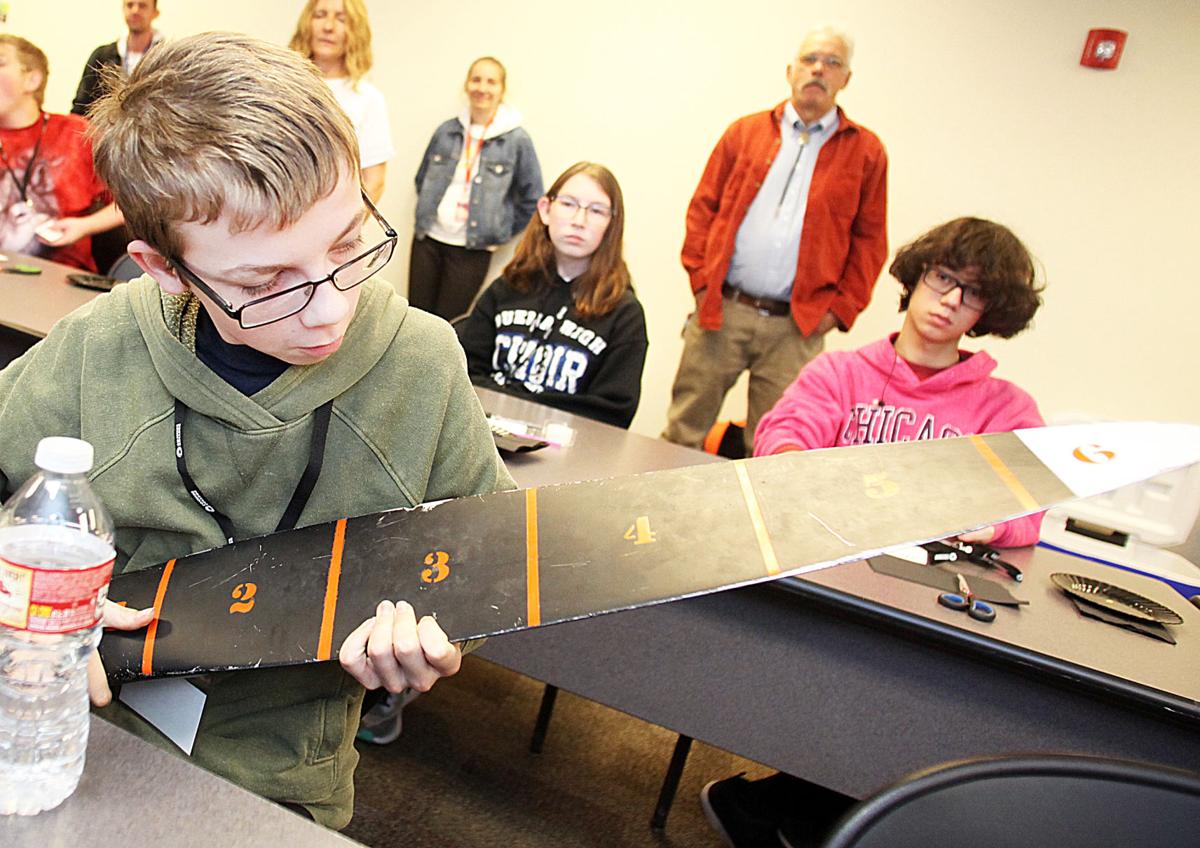 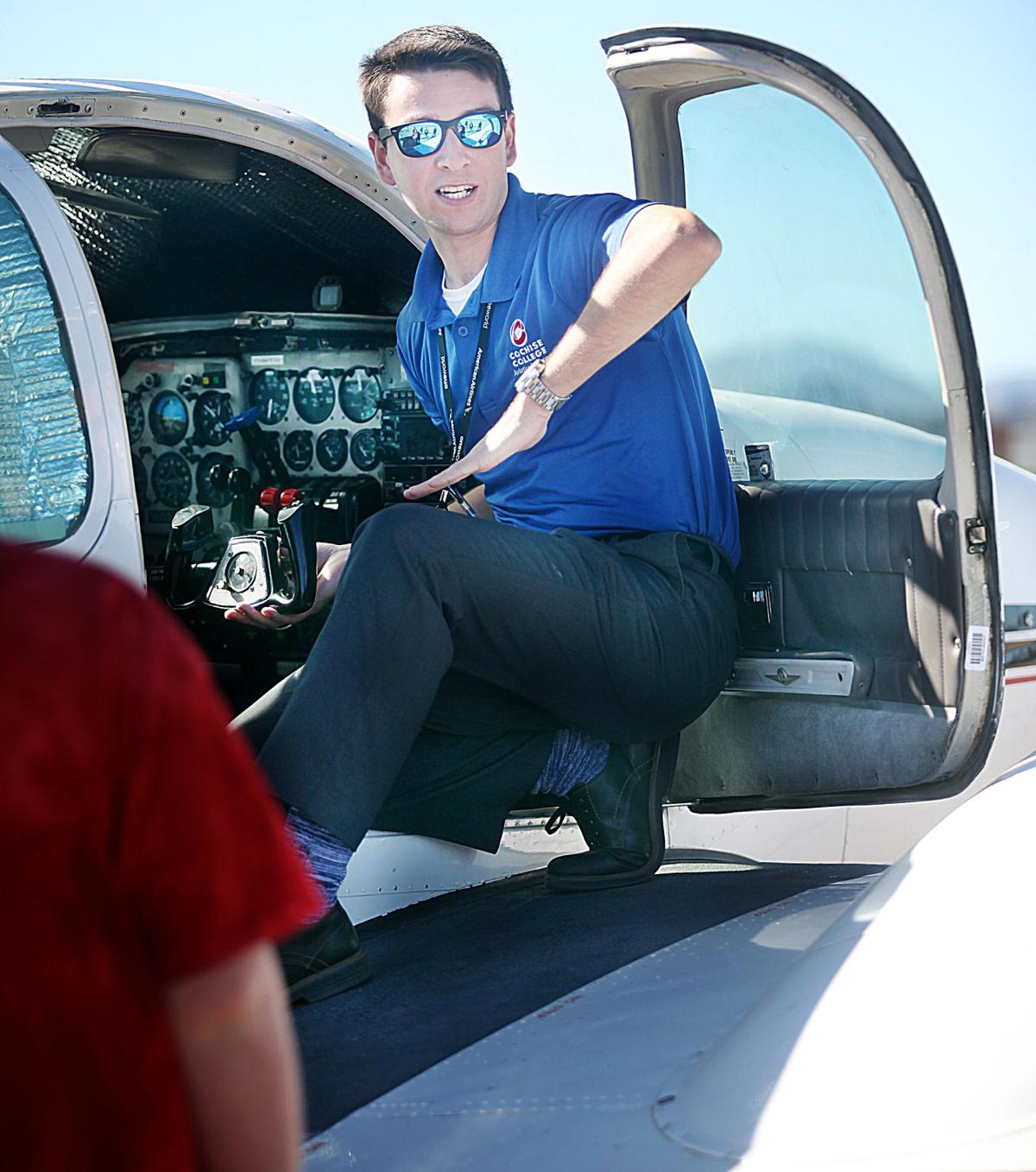 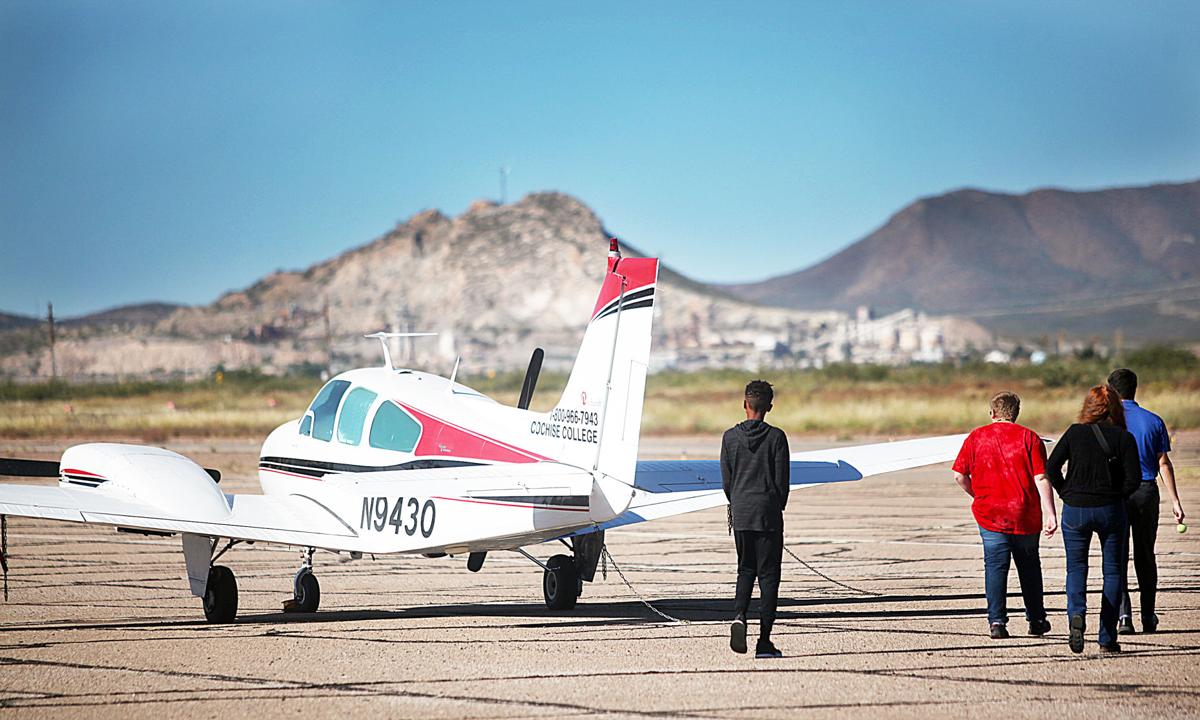 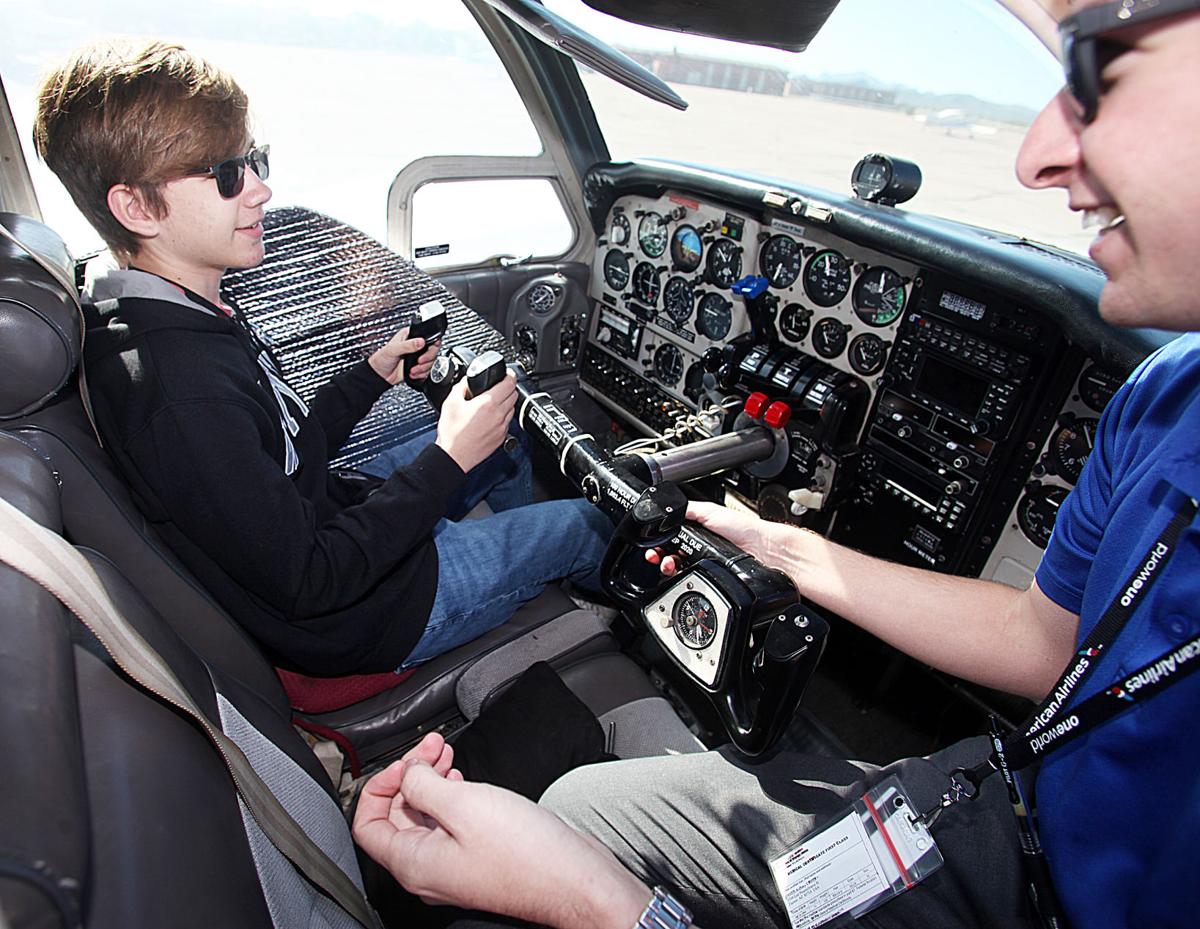 Buena freshman Caleb Russian checks out the cockpit of a Beechcraft Baron B55 at the STEM Exploration Academy program on the Douglas campus of Cochise College. 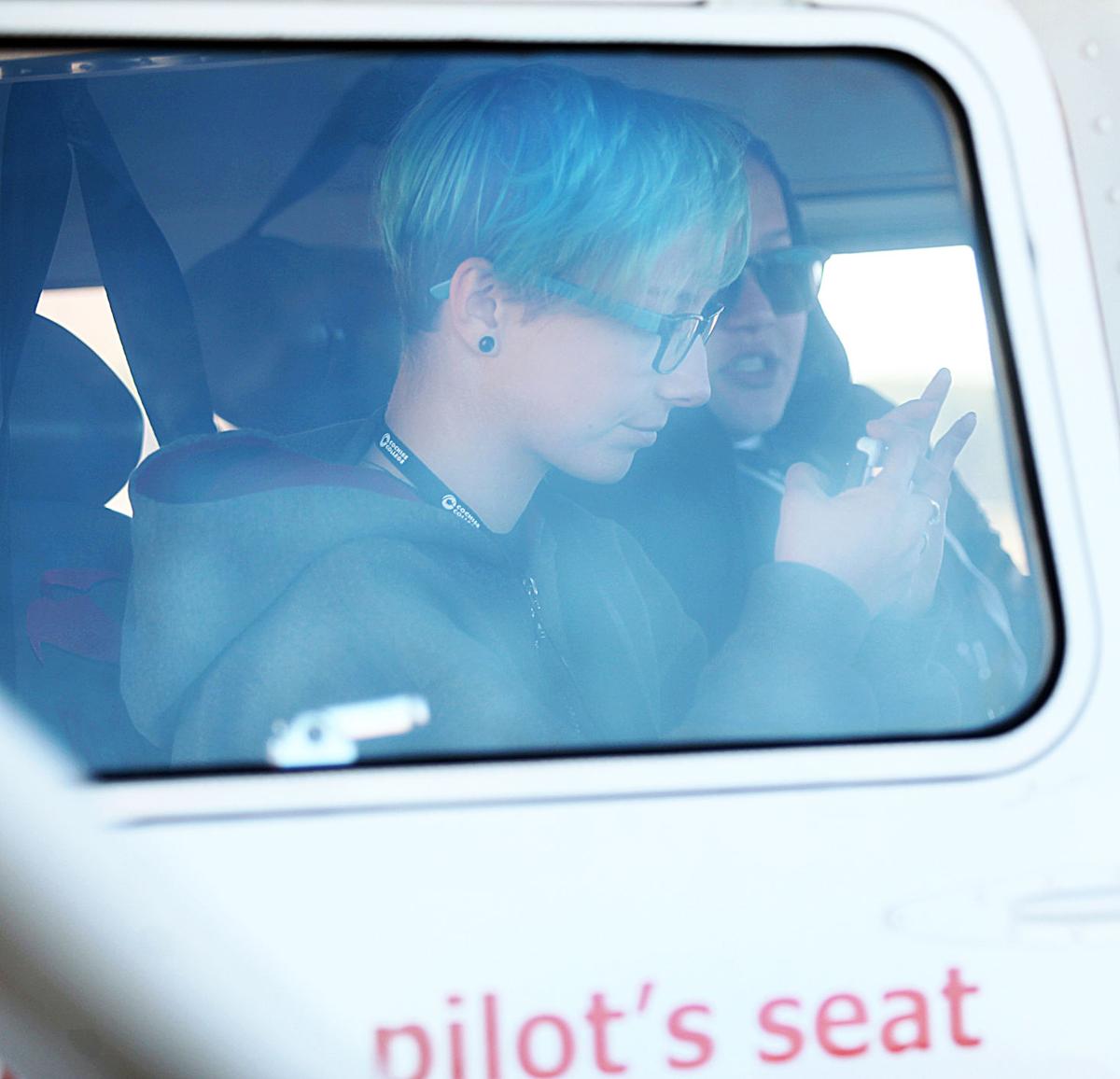 Buena freshman Caleb Russian checks out the cockpit of a Beechcraft Baron B55 at the STEM Exploration Academy program on the Douglas campus of Cochise College.

DOUGLAS — It’s not every day high school students get a chance to fly an airplane, even if it’s just a simulation.

Fifteen students from Buena High School, Tombstone High School and Center for Academic Success (CAS) Sierra Vista attended the second of four STEM Exploration Academy sessions held by Cochise College on Friday. The theme was aviation, which gave the selected students a taste of what it’s like to become a pilot.

The day started with an introduction into aviation by Cochise College flight instructors Katherine Burnett and James Cruz. The brief introduction explained the current state of the industry and the direction it’s heading. Burnett said in the past few years researchers have discovered there is currently a pilot shortage and there is a need for over 200,000 new pilots.

Nevaeh Thompson, a freshman at CAS, said she liked how she was able to see in person what they had learned in the classroom.

“Since I am a hands-on learner it’s fun to do things (and learn),” she said.

The afternoon was spent creating a flight plan, like a credentialed pilot would do, and putting what they have been taught into action. Each of the students took flight in the college’s flight simulators before taking off and returning home for the day.

“It’s fun to learn new things that you don’t get to learn about in school,” Buena freshman Caleb Russian said.

Angela Moreno, CLL youth programs/K-12 outreach coordinator, created the STEM Exploration Academy in 2009 based on a grant. She said the goal and purpose of the program is to provide an opportunity for high school freshmen and sophomores who show an interest in STEM to test out different areas and see what the college has to offer. This year Buena, Bisbee, Tombstone, CAS, Douglas, Valley Union and San Simon are involved.

“I really enjoy how they planned it and they choose students who actually know what STEM actually is,” Eberhardt said. “I would definitely do it again.”

This year is the first year CAS is participating and Elizabeth Doran, a science teacher at the school, says it has had a positive impact on her students so far.

“Our kids don’t have school on Friday and the chose to come (and learn),” she said. “We have a lot of STEM programs at CAS but this is the next level. Anytime you can come talk to experts, it’s priceless.”