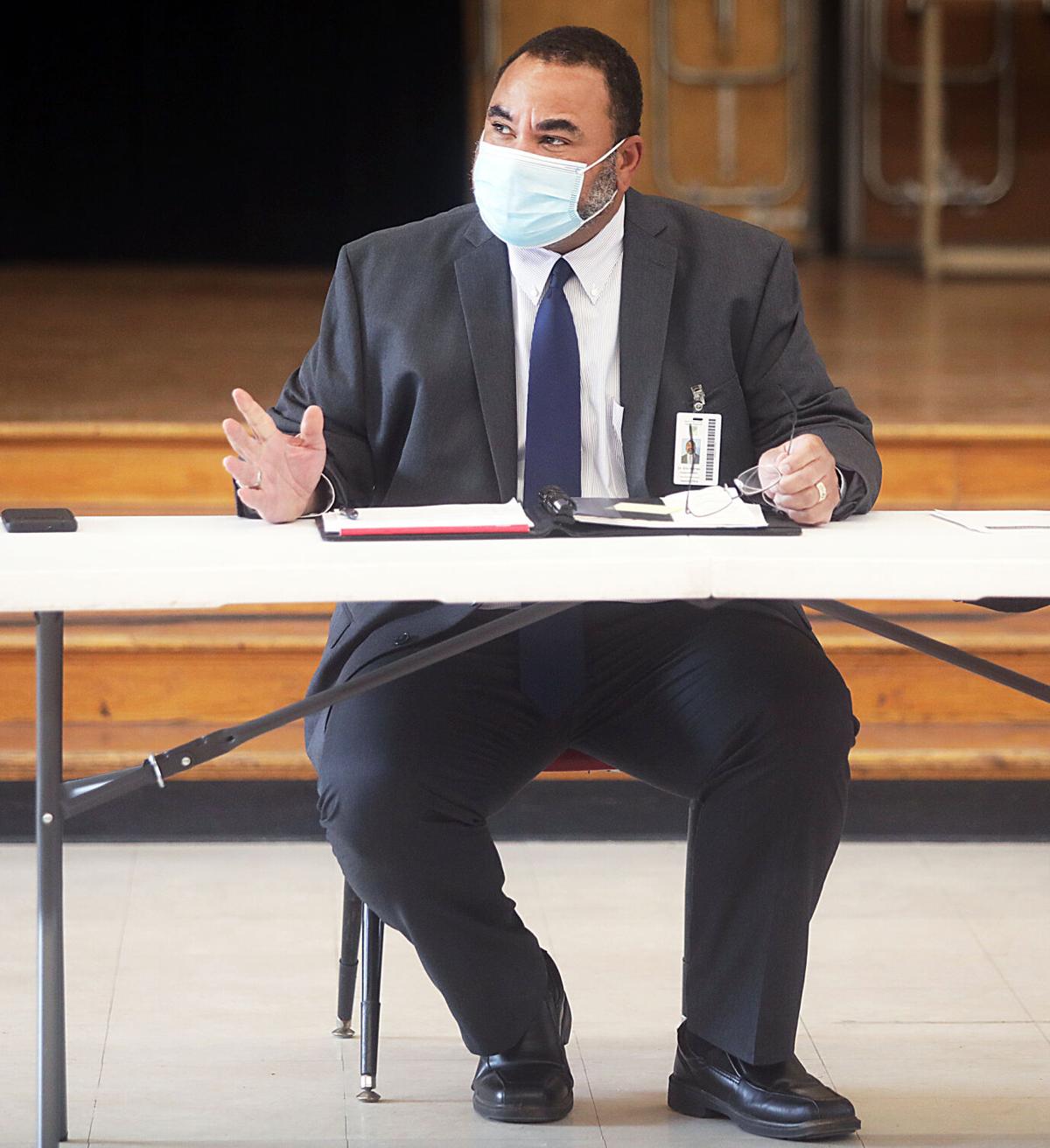 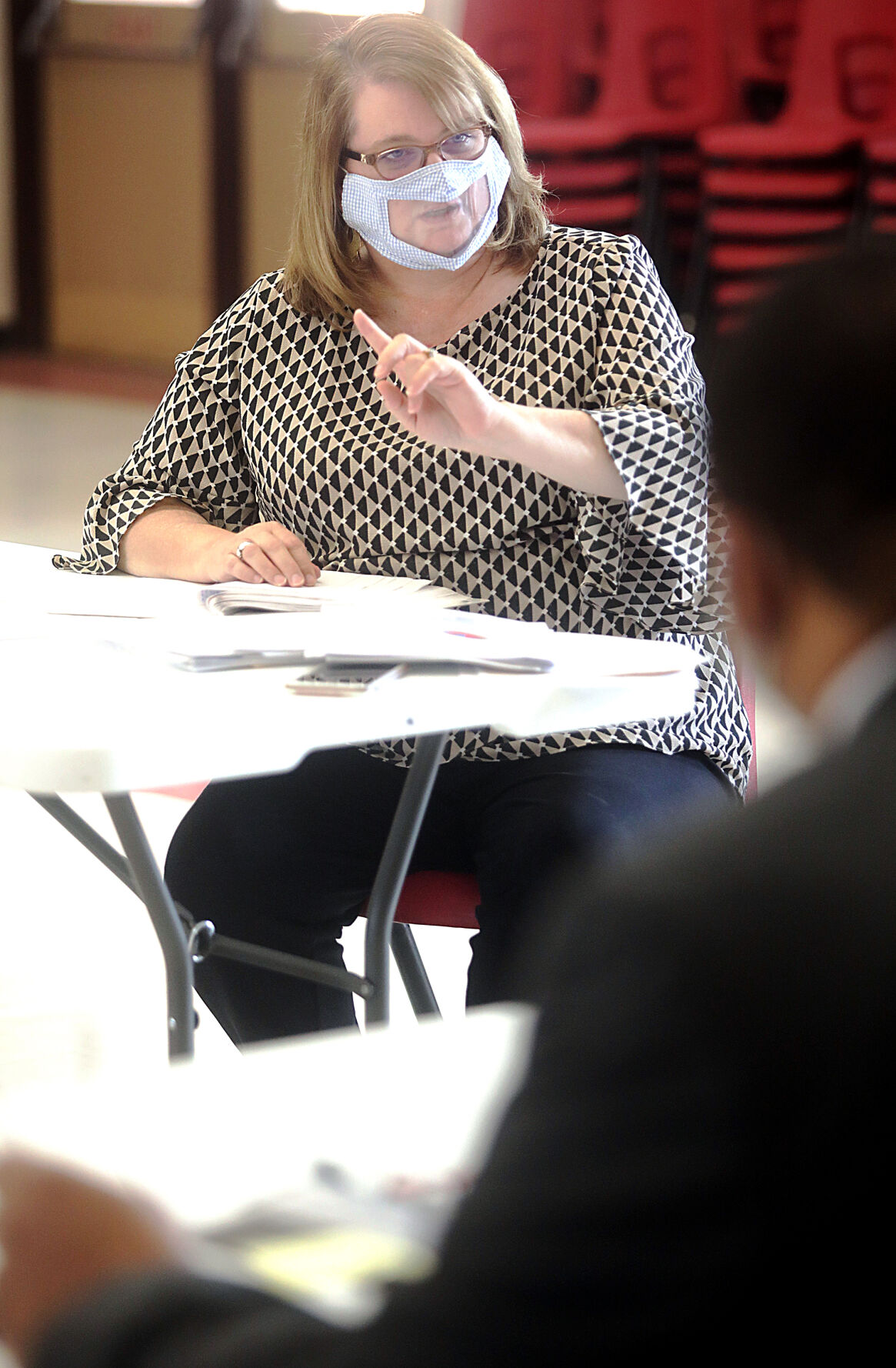 Administrators gather at the Rothery Educational Center Tuesday to plan for the upcoming school year.

Administrators gather at the Rothery Educational Center Tuesday to plan for the upcoming school year.

SIERRA VISTA — Parents voiced their concerns with the plans for the upcoming school year, and the Sierra Vista Unified School District responded.

Superintendent Eric Holmes and his team adjusted the return to school plan last week with an extra option for elementary school and Joyce Clark Middle School students. The revised plan, which Holmes describes as a “living breathing document” was shared on the district’s website and the revisions were shared with the governing board on Tuesday night.

The plan now includes a hybrid option for elementary school and JCMS students.

“There are a lot of districts in the area that are going hybrid but aren’t giving options like this,” Holmes said during Tuesday’s board meeting. “This is the place for options.”

The newly added hybrid option allows students to attend school in person for two days, which will be assigned, and three days at home using the district’s online flexible model.

Assistant Superintendent Terri Romo shared results from the most recent parent and staff surveys at Tuesday’s governing board meeting, which showed 29 percent of parents wanted a hybrid option for the elementary and middle school level.

Governor Doug Ducey’s current executive order states that if a district offers a hybrid model they are still required to have the school buildings open the same amount of days they were last school year. Ducey is expected to issue another order pertaining to schools this week.

Romo said they received 2,836 responses from families, one for each child registered in the district, which was an increase of more than 1,000 from the survey responses received in May. Traditional five-day a week school was preferred by parents with students in elementary and middle schools, with 38 percent of the votes, and the hybrid model was second of the four options.

Buena principal Kristen Hale sent an email to parents and students with an update to what school will possibly look like in the fall. The email consisted of changes, new policies and reminder that nothing is certain right now because of the fluid situation.

Lockers and water fountains will not be available for use this year and “no after school activities will be taking place until further notice” — which includes athletics.

Clubs may meet virtually but there can’t be in-person meetings. Buena will be a closed campus this year, with the gate guard returning and gates being locked during school hours.

Romo said there have been questions about why there isn’t a full in-person option for high school students. She said the reason the school can’t offer fully in-person is because there are too many students to be able to social distance every day.

Holmes said registration numbers are on pace with last year’s numbers and they are on track to match last year’s enrollment total.

In addition to the family survey results, Romo shared the results from the staff survey. A total of 495 staff members took the survey, an increase of more than 100 from May. Nearly 50 percent of the respondents were teachers or certified staff.

It was almost an even split in comfort level in returning to school; 30.1 percent felt comfortable and 28. 1 percent feel somewhat uncomfortable. The Herald/Review requested a copy of the full survey results Tuesday morning, but did not receive them by press time.

Romo said principals will work with their staff to learn how they can make returning more comfortable for them and listen to their concerns. Over 68 percent said having physical distance in the classroom when possible is very important to them.

“We know our students won’t feel safe if our staff doesn’t,” Romo told the board Tuesday night.

Kid’s W.O.R.L.D. will have afternoon programs at four sites. Students who need to attend Kid’s W.O.R.L.D. but doesn’t have it at their school site will be bussed to a school that does. There is a $1 increase in cost per student.

Romo announced that the district is sending forms out via email on Wednesday for parents and students to make their choice on how they plan on attending school in the fall. Parents will have the ability to change their selection later, but the district wants to start collecting numbers so they can properly staff each option being offered.

“We know everyone wants to know (what’s going on),” Romo said Tuesday. “All we can do is communicate and share what we know.”