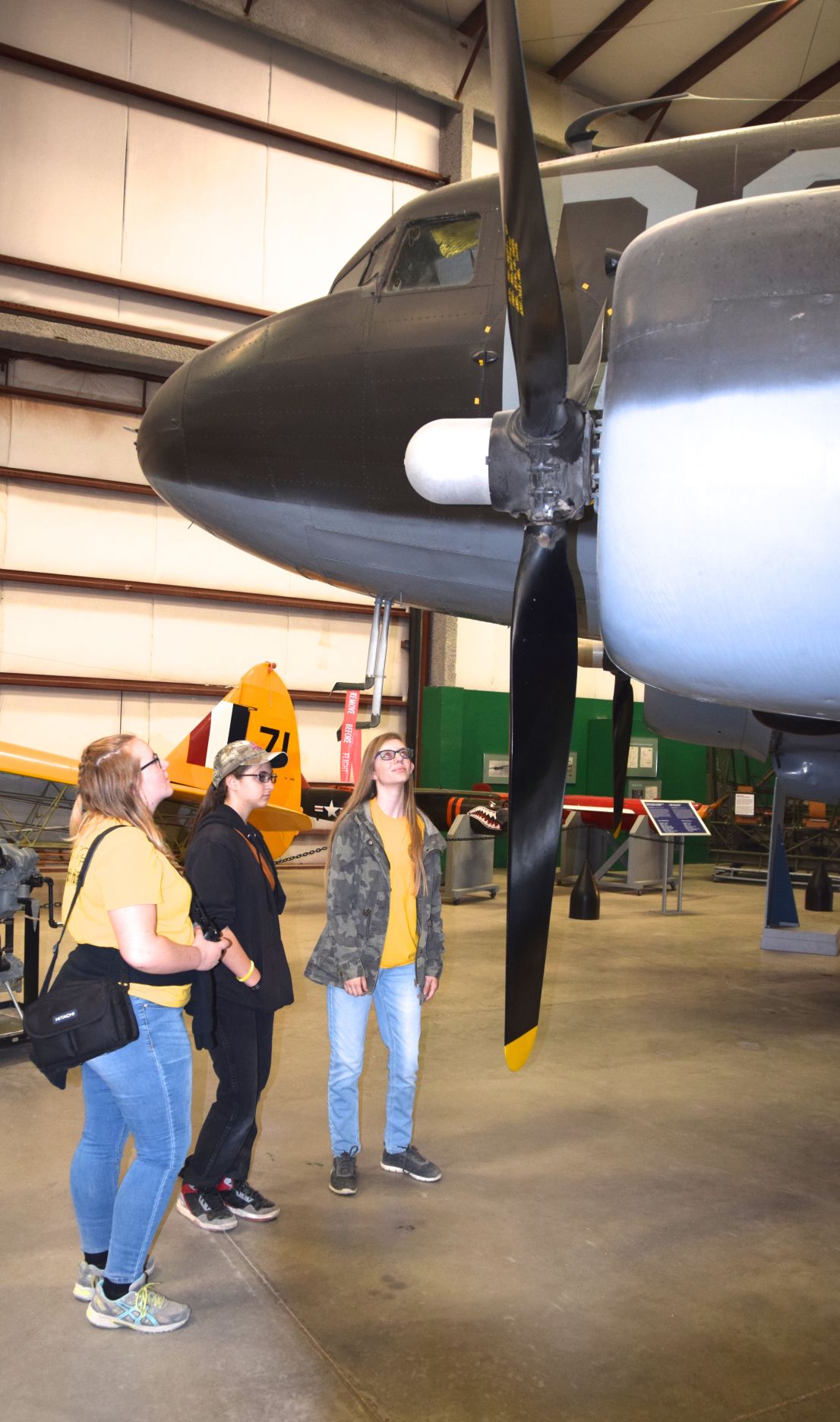 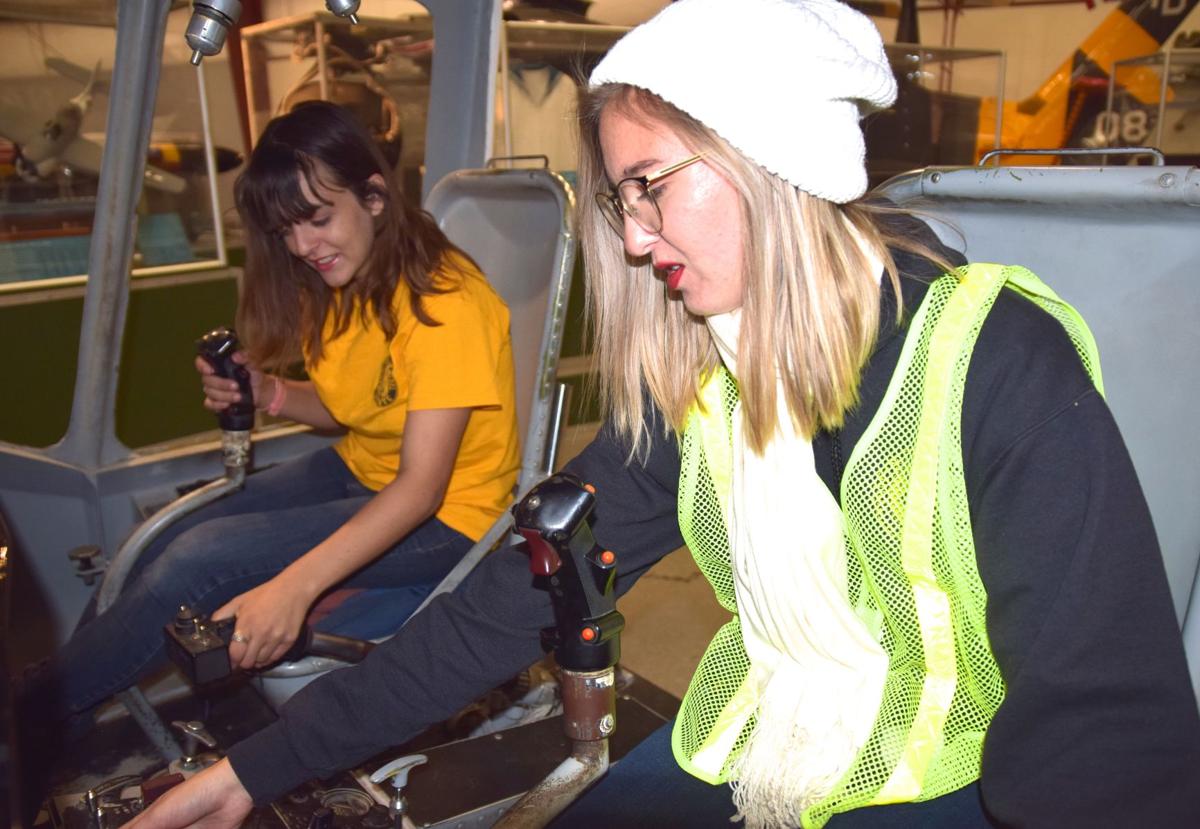 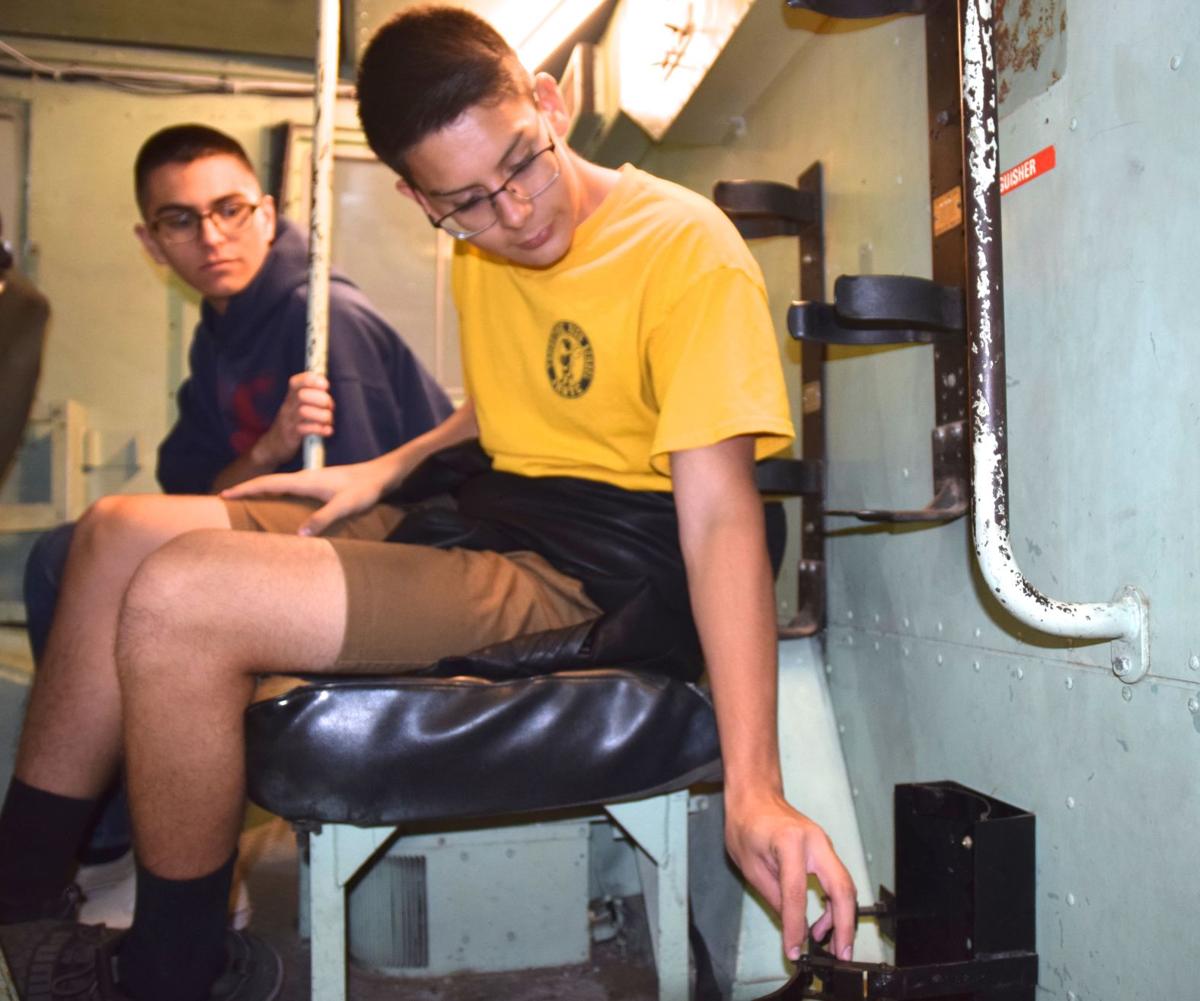 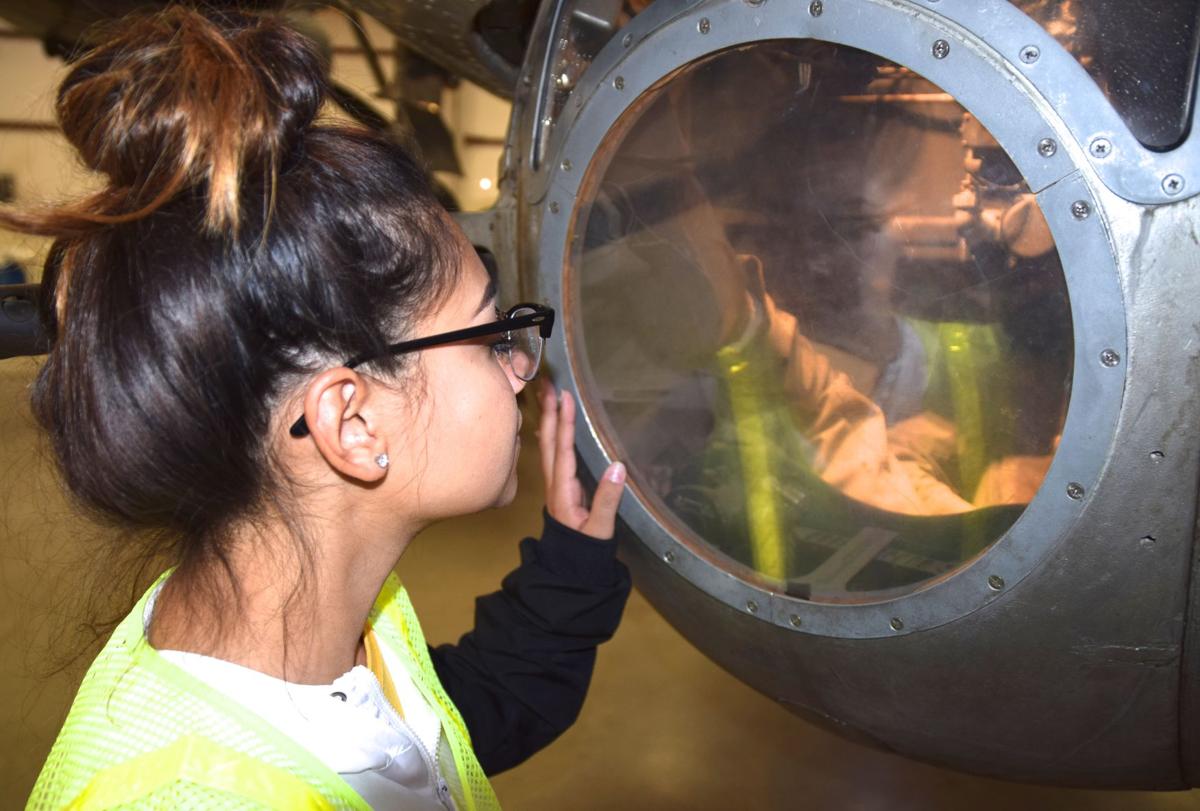 Tombstone High School senior Chantelle Lara, a JROTC captain, peers into the tiny gunner space of a World War II bomber while on a field trip at Pima Air & Space Museum in Tucson. 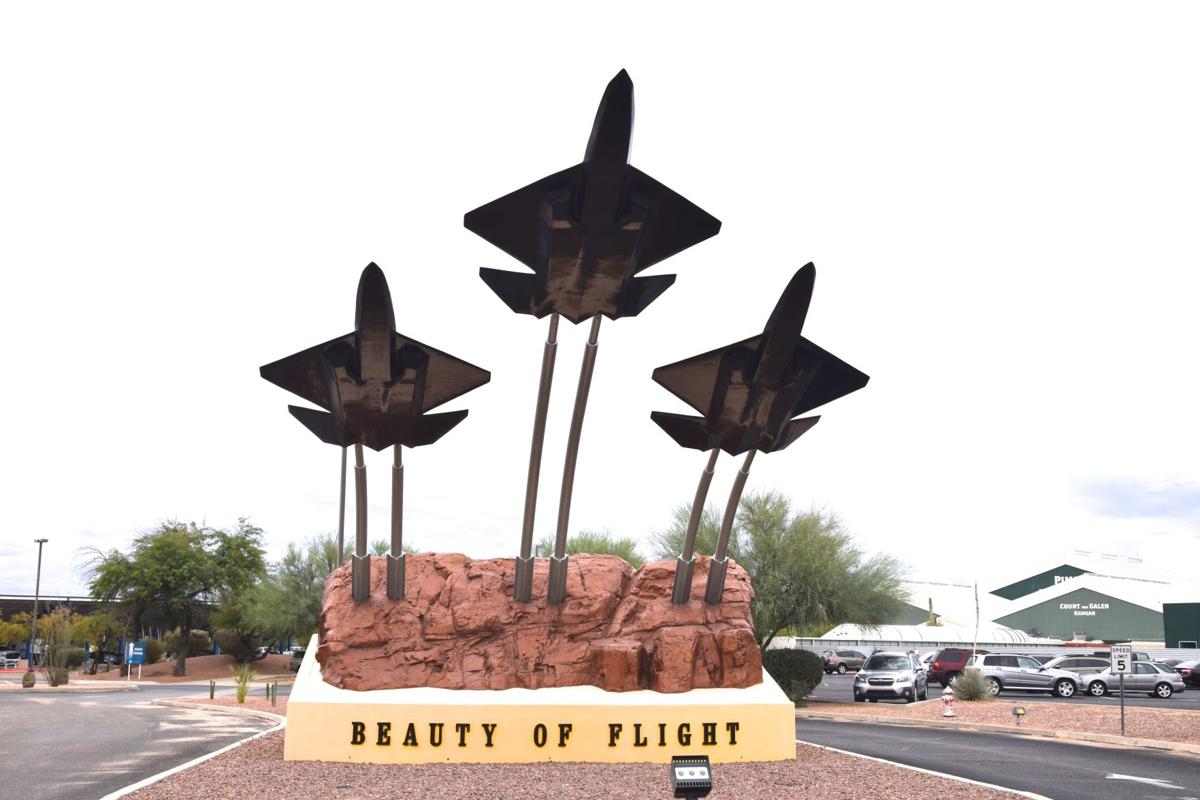 Tombstone High School senior Chantelle Lara, a JROTC captain, peers into the tiny gunner space of a World War II bomber while on a field trip at Pima Air & Space Museum in Tucson.

Gazing up at a Douglas C-47 cargo plane, Charles Griesemer is amazed by its sheer enormity.

“This plane was used in World War II for transporting cargo paratroopers,” the Tombstone High School JROTC senior said. Griesemer, a Cadet First Lieutenant, was at the Pima Air & Space Museum in Tucson on Tuesday with other members of the THS Yellowjacket Battalion to learn about key roles that aircraft played in shaping our country’s history. “This is a really cool museum. It amazes me that these huge, heavy planes could even get off the ground.”

Along with serving as cargo planes, the C-47 was used to drop paratroopers over the beaches of Normandy on D-Day, said Army Master Sgt. Daniel Kilpatrick, one of Tombstone’s two JROTC instructors.

“We bring our cadets here every year,” Kilpatrick said of the museum. “This is a great way for them to learn about history while honoring our true heroes. It gives the cadets a chance to experience aviation’s history by seeing planes on display and doing hands-on activities.”

Forty-four cadets attended the field trip. The museum features more than 300 aircraft spread over 80 acres and is one of the world’s largest non-government funded aerospace museums.

Cadet Lt. Col. Kathryn Hazel, the Yellowjacket Battalion Commander, said visiting the hangars housing the historic aircraft and listening to the videos gave her a much broader understanding of the sacrifice and heroism of the United States military throughout history.

“When I see these displays, it makes me think about the soldiers who used to fly these planes and what they went through while fighting for our country,” she said. “Thousands of brave men and women sacrificed so much, and this museum is a reminder to all of us so their sacrifices are never forgotten.”

“There are so many different eras of planes on display here,” he said. “To see how the planes have changed and how technology has evolved through the years is incredible,” Gross said.

Cadet Capt. Chantelle Lara, a senior, was amazed by the size of some of the planes.

“This is the very first time I’ve visited the air museum,” she said. “It’s an absolutely amazing place and I think it’s incredible they could put all these big planes in an enclosed area like this. I’m fascinated by all the research they put into the aircraft to educate younger generations about advances in the aviation field.”

The goal of the Pima Air & Space Museum is to preserve the country’s aviation heritage. The facility has five hangars, aircraft stored on the grounds, a restoration area, space gallery and much more. Helicopters, tankers, bombers, electronic aircraft, presidential and VIP aircraft and early U.S. and foreign fighters are on display throughout the grounds.

THS freshman Tristen Hughes said he enjoyed seeing aircraft from all the different eras of history, but liked the current planes best.

“The cadets were divided into five groups, and each group has been asked to identify interesting facts and teach everyone else about something interesting they learned while visiting the museum,” Kilpatrick said. “Every time we do this, the groups come up with different topics they’ve found.”

Located at 6000 Valencia Road in Tucson, the Pima Air & Space Museum is open Monday through Sunday from 9 a.m. to 5 p.m. Last admission is at 3 p.m. and the hangars close at 4 p.m.