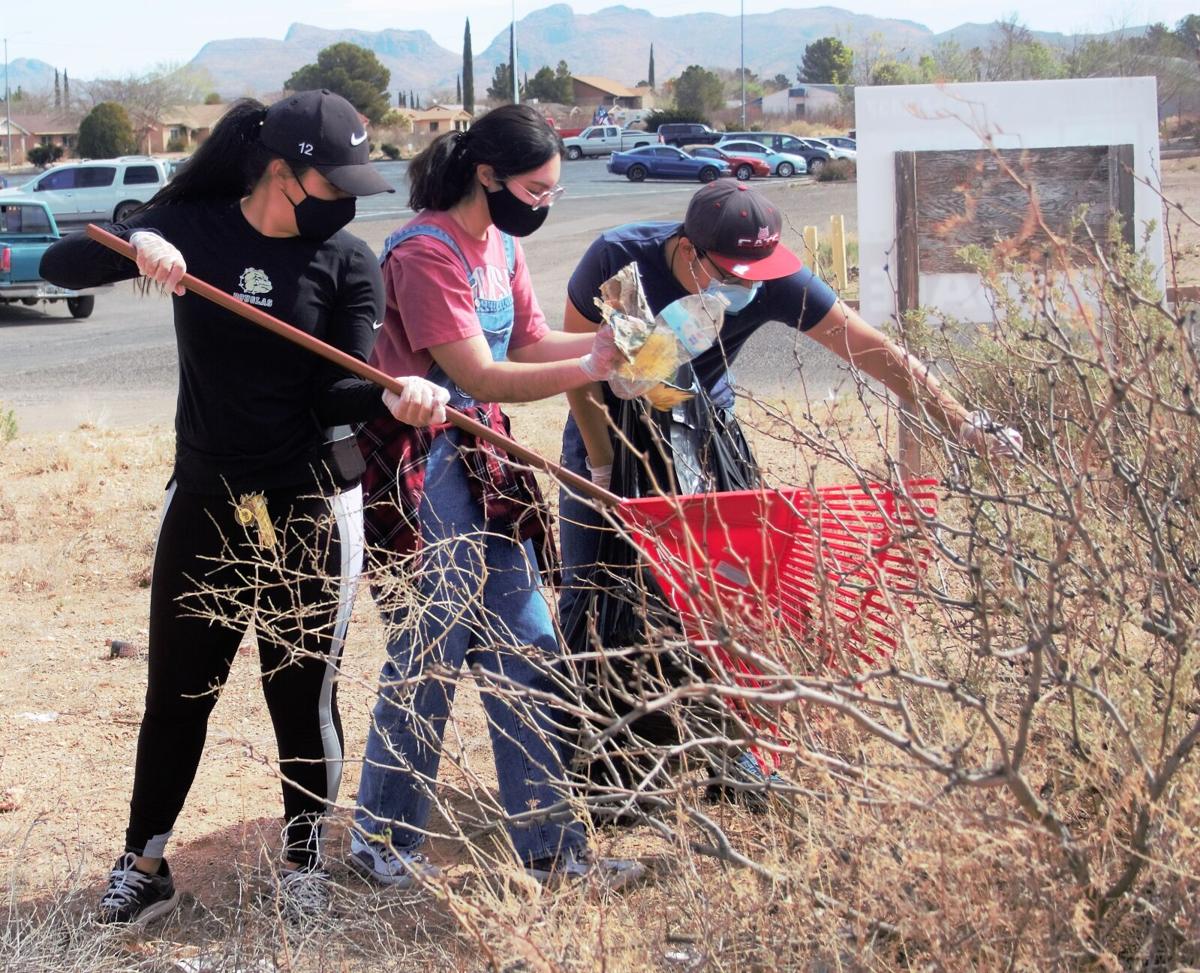 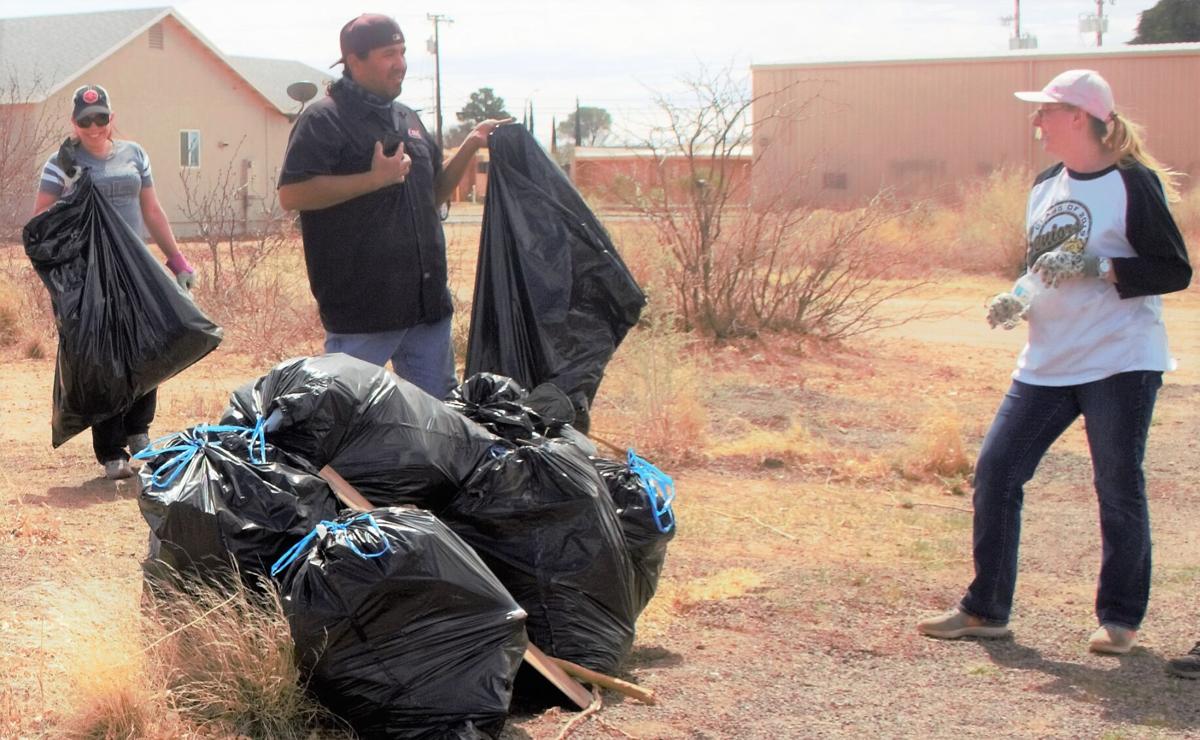 Omar Estrada, his wife, Liz Gonzalez, and Beth Phagan were three first-time participants at the community cleanup that was held recently.

Omar Estrada, his wife, Liz Gonzalez, and Beth Phagan were three first-time participants at the community cleanup that was held recently.

DOUGLAS — For the sixth straight month a group of community members gathered for several hours on March 20 to pick up garbage that is cluttering up the city.

Last month the cleanup effort was done in the vacant lot in front of the Food City Plaza on San Antonio Avenue. What had been a clean lot when the group finished was all littered again so the group of about 25 people which included students from Cochise College’s Club Trio and PTK returned to the same area to once again clean the lot.

The cleanup effort has been organized by local business woman Desiree Rice, owner of Classy Cuts and Such on 10th Street.

“I am so appreciative of everyone who came out,” she said. “This marks the second straight month we had 25 or more people helping us clean up Douglas. I can’t thank enough the students at Cochise College who showed up. We also had some new volunteers who haven’t been with us before.”

Rice admitted it was very frustrating going back to a lot to reclean what they had cleaned last month.

Amongst the garbage that was collected was lots of plastic bags and boxes, disposable face coverings, sanitation wipes and at times furniture.

“My whole thought process in starting this cleanup is to lead by example,” Rice said. “I’m hoping that people who drive by and see us, and there were a few that stopped and thanked us for what we are doing, they’ll see what we are doing and will take it upon themselves to not step over the trash and instead pick it up and put it in a garbage can. During our cleanups we’ve come across a couple of dump sites as well (that) people are using to discard their garbage.”

Rice said she was recently contacted by some of the staff working at the port of entry about their willingness to assist in a cleanup effort down by the border.

“They have to be selective as to who they can be around so I have to kind of know ahead of time who is going to be involved in that cleanup,” she said.

Rice does not have a specific date lined up for the April cleanup, adding that will be decided in the coming days.