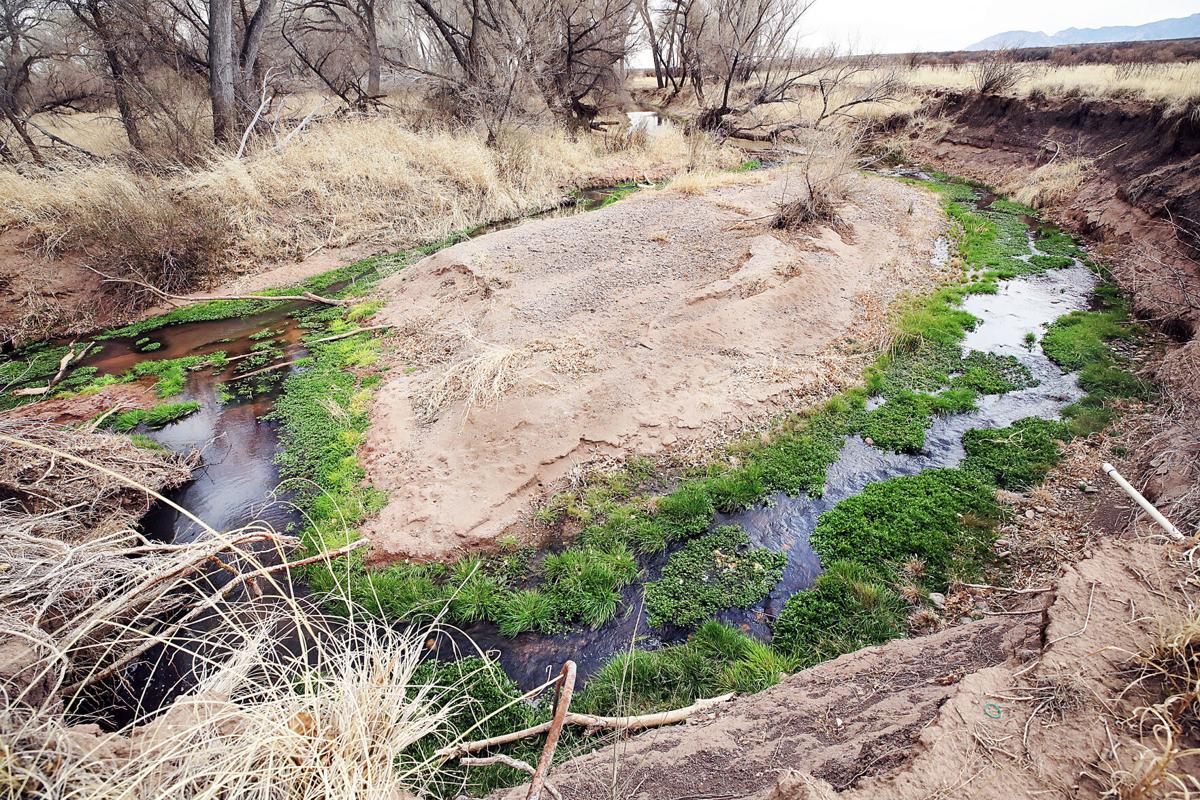 A dried island of desert is surrounded by portions of the lightly flowing San Pedro River north of State Route 90 this week in Cochise County. 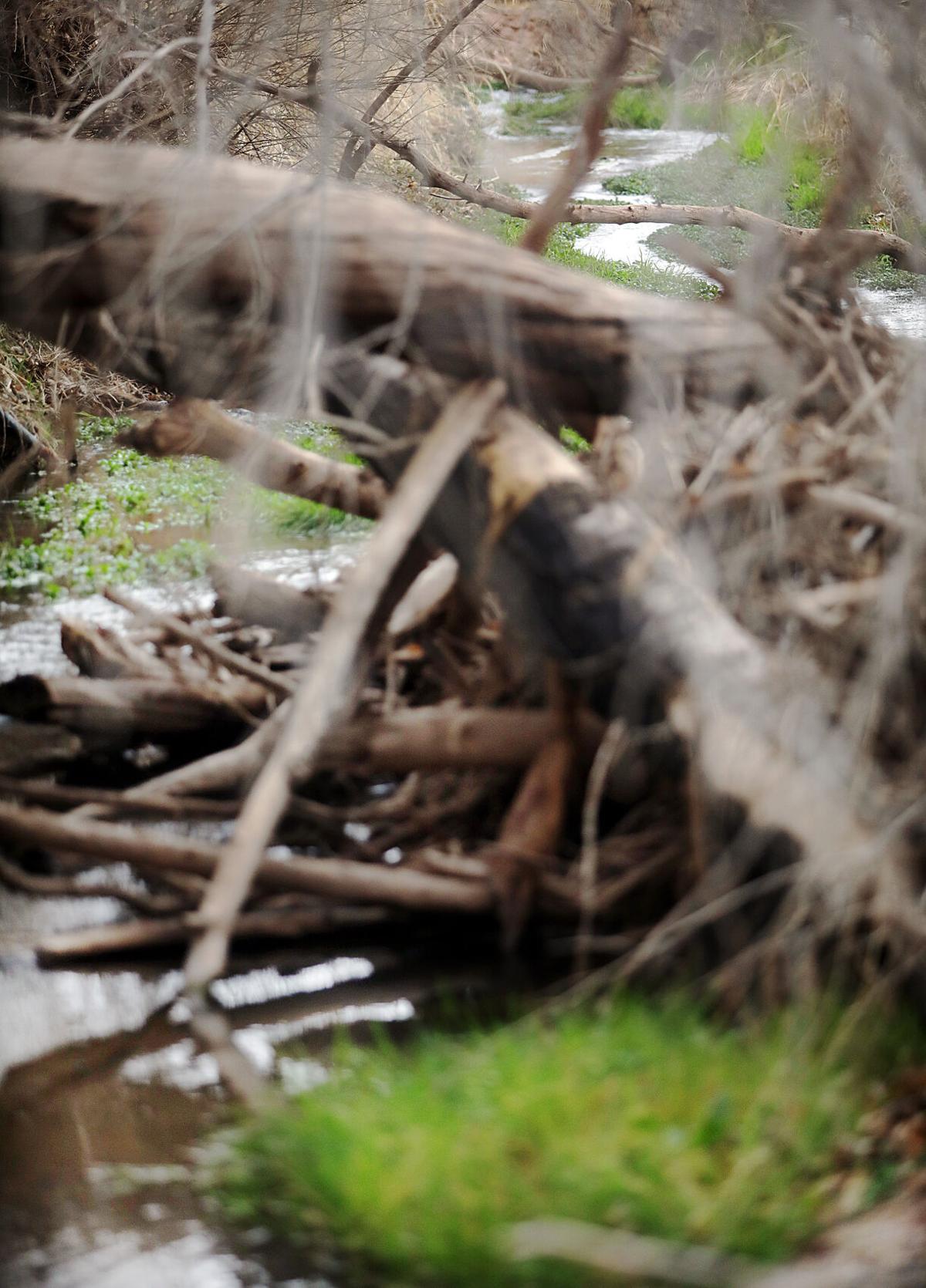 A swath of the San Pedro River flows under and around fallen dead cottonwood trees east of the Sierra Vista area.

A dried island of desert is surrounded by portions of the lightly flowing San Pedro River north of State Route 90 this week in Cochise County.

A swath of the San Pedro River flows under and around fallen dead cottonwood trees east of the Sierra Vista area.

The results of the 2019 study have been added to ADWR’s “Water Level Change Map Series” which is available to the public on the website. “The map series is designed for a rapid public release to provide hydrologic information and data with only limited interpretation,” according to the website. “The report includes a map and a general overview of water levels and groundwater conditions within the basin.”

This latest study covers the San Pedro basin where water has been a concern for years and includes the San Pedro Riparian National Conservation Area and the towns of Sierra Vista, Huachuca City, St. David, Benson, Tombstone and Bisbee.

Staff hydrologists measure the depth to groundwater in ADWR, U.S. Geological Survey and wells volunteered by landowners across the basin.

ADWR staff collected 764 water level measurements in 2007 and 523 in 2019, which include index wells monitored by ADWR on an annual basis to evaluate water level changes across the 12-year time frame.

“Many of the large water-level changes, including both increases and decreases, occurred near streambeds and mountain fronts, which are susceptible to large, short-term water-level fluctuations due to recharge events,” the report stated.

Holly Richter, Arizona Water Projects Director for The Nature Conservancy, said after a review of the study, “The fact that water level declines were detected over the 12-year period in 77.5 percent of the wells sampled in the Upper San Pedro Groundwater Basin is not good news for people, or nature. Yet, by looking at the ADWR map, it’s also clear that groundwater levels were stable, or even increasing, during this same time where additional water supplies were stored underground either through natural processes in the tributary drainageways at the Huachuca mountain fronts and in the floodplains of the San Pedro River or where water levels were enhanced as a result of the projects underway to actively replenish groundwater, and where historic pumping has been reduced to conserve groundwater supplies.

“This information only reinforces our need for additional support of future efforts to enhance the storage of water underground by protecting natural floodplains and drainageways and by the continued development of additional replenishment and water conservation projects.”

Many of the large water level changes, both increases and decreases, occurred near streambeds and mountain fronts that are susceptible to large, short-term water level fluctuations due to recharge events, the report states.

Water level changes south of the Winchester Mountains range from a decline of 15.5 feet to a rise of 5.9 feet. Groundwater data in this area is limited due to a lack of available monitoring sites.

The Tombstone area ranged from a decrease of 6.6 feet to an increase of 6.9 feet. One index well continues to show consistent water level decline with the depth to water dropping by more than 18 feet since measurements began in 1991.

In the Huachuca City, Sierra Vista and Nicksville areas water level changes ranged from a decline of 51.6 feet to an increase of 31.4 feet. Multiple readings in this area confirm sustained trends of historical ground water decline. However, a number of wells with water level rises were found along the foothills of the Huachuca Mountains.

Moving northeast from Sierra Vista toward Charleston, there are measured groundwater rises and declines. Water level changes ranged from a decline of 6.4 feet to a rise of 1.6 feet.

Wells indicating no change or positive water level change are concentrated along the San Pedro river near the SPRNCA.

To volunteer your well for monitoring

To add your well to the inventory for determining depth of water monitoring, call Scott Stuk, ADWR field services hydrology division, at 602-771-8567.