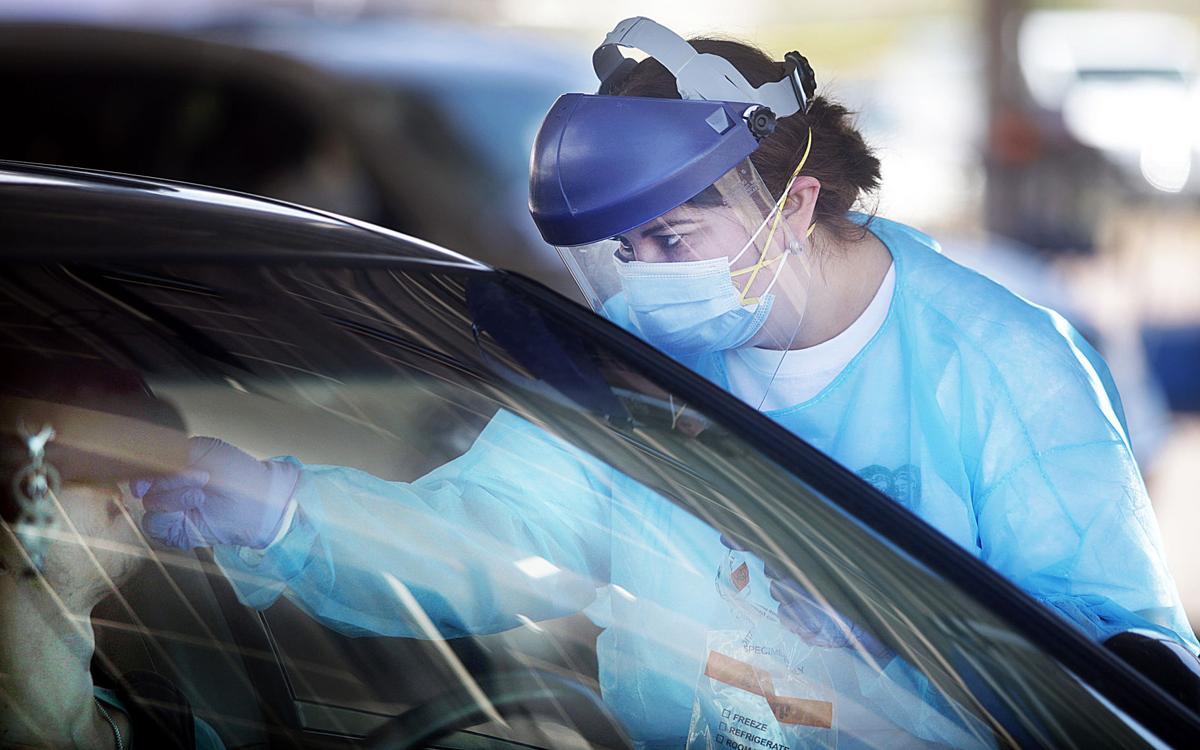 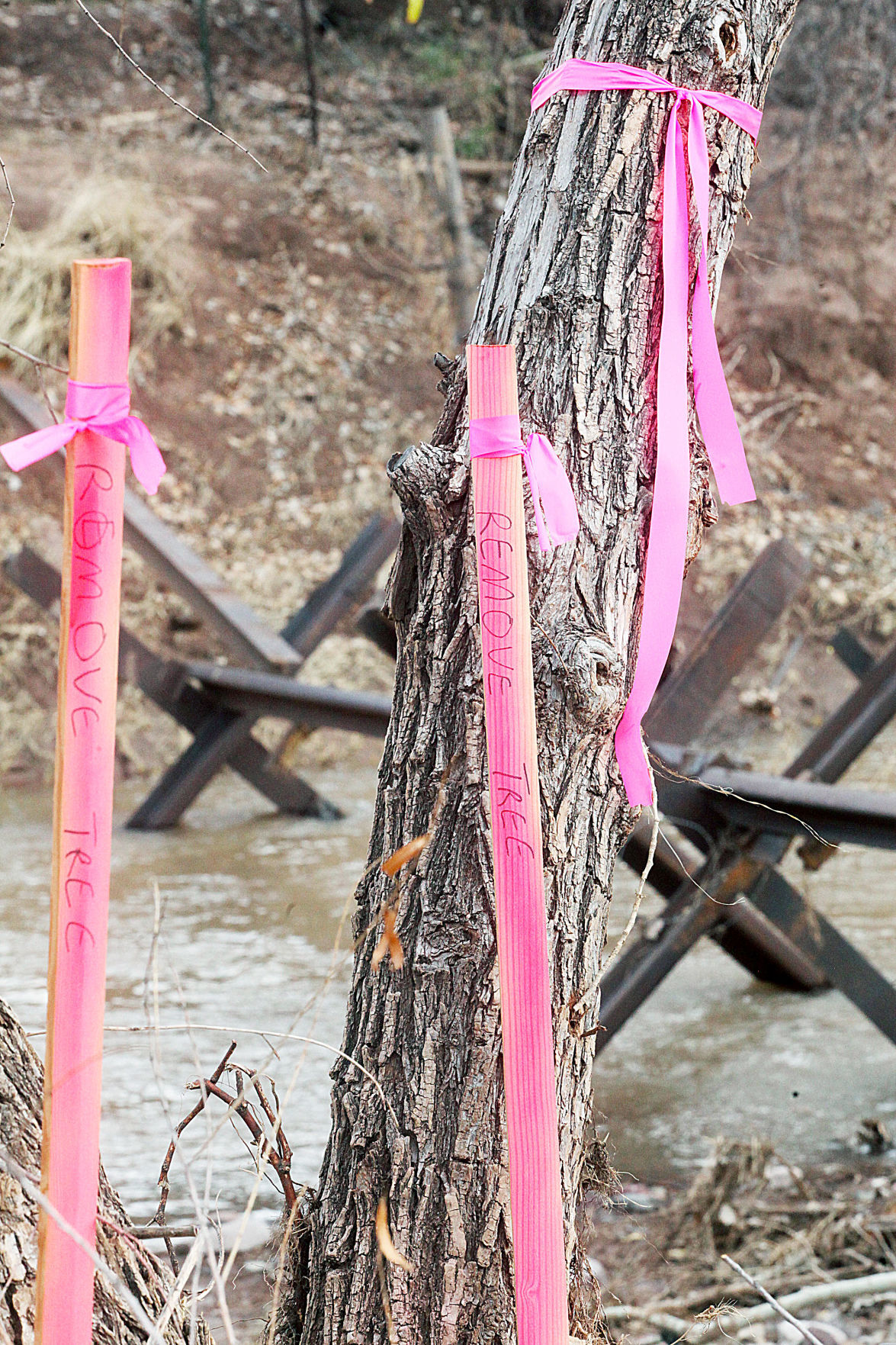 Stakes marking trees for removal for border wall construction stand near several cottonwoods next to the San Pedro River in Palominas. 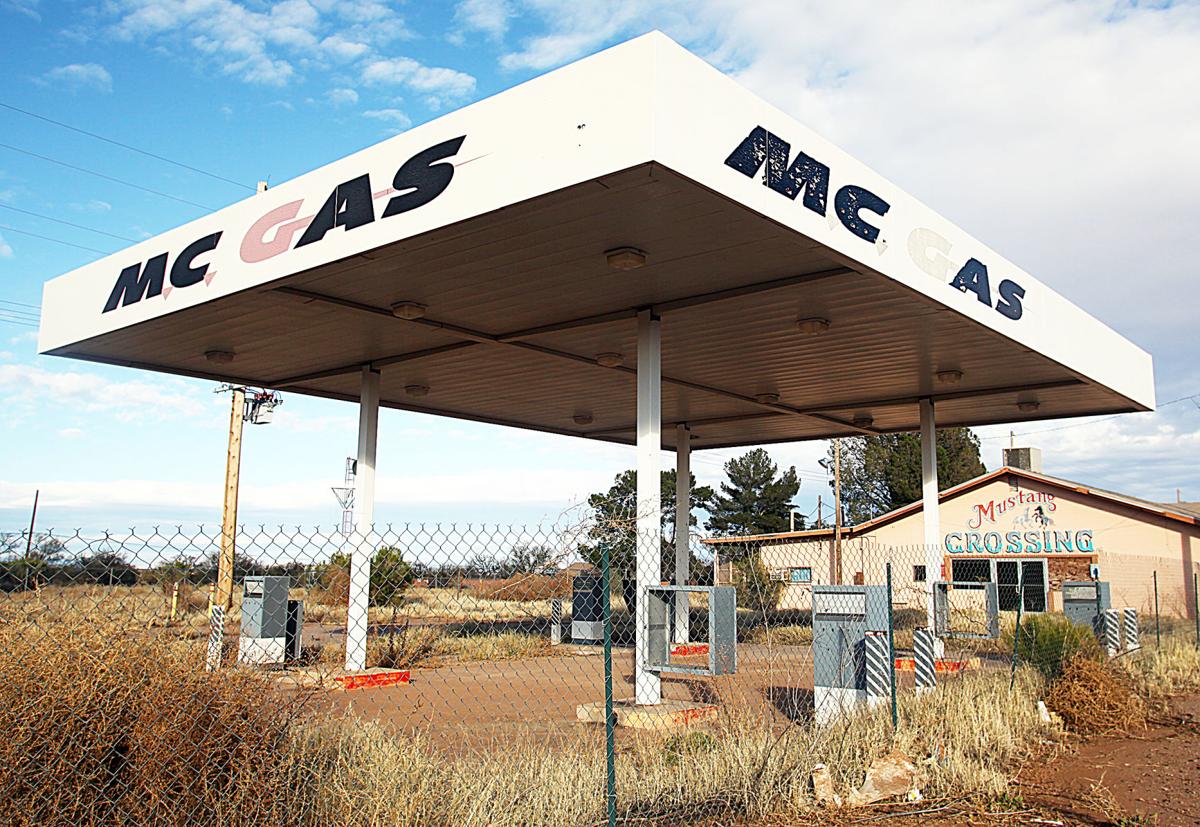 Cochise County received a $600,000 grant to clean up brownfield sites, such as abandoned gas stations, illegal dump sites or any properties where toxic chemicals or pollutants may be present. 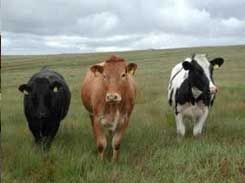 Stock ranches in Cochise County are struggling with severe drought brought on by less than normal rainfall in the monsoon season.

Stakes marking trees for removal for border wall construction stand near several cottonwoods next to the San Pedro River in Palominas.

Cochise County received a $600,000 grant to clean up brownfield sites, such as abandoned gas stations, illegal dump sites or any properties where toxic chemicals or pollutants may be present.

Stock ranches in Cochise County are struggling with severe drought brought on by less than normal rainfall in the monsoon season.

COCHISE COUNTY — In Cochise County the biggest story of the year was the impact on residents and businesses from the COVID–19 pandemic.

Early on, there were few cases in the county and though Gov. Doug Ducey initiated shelter at home and business closure orders, neither he or the county Board of Supervisors — Tom Borer, Peggy Judd and Ann English — initiated a mask mandate, although some local cities did.

Hospitals, clinics, nursing home staff and emergency responders had trouble getting personal protective equipment early in the pandemic. The PPE went to the cities and counties with larger populations in the early months, but the county managed to provide equipment and continues to make sure frontline workers have all they need.

Schools across the county were closed or went to remote learning, though schools still had to provide for students who were unable to stay at home for various reasons.

As restrictions were lessened and people began to move about more freely, cases climbed in the summer and local hospitals were stretched thin. Cases dropped again in July and stayed low until after the Thanksgiving holidays.

The county positive cases jumped from Nov. 1 to Dec. 5, causing alarm. In recent days, the number of positive cases has dropped. However, health care professionals are wary of what will happen after the Christmas and New Year’s holidays.

On Dec. 22, the Moderna vaccine arrived and all frontline medical staff and caregivers will receive inoculations in Phase 1A.

The county will open more phases as the two–shot vaccine becomes available.

With the cancellation of environmental protection laws, construction through the county’s fragile and in two cases protected sites — the San Bernardino Wildlife Refuge and the San Pedro Riparian National Conservation Area — began. No assessments of the impact on wildlife and protected species were required, which called environmental groups to action.

Several suits were brought against the Department of Homeland Security and the Trump administration based on President Donald Trump’s funding for the wall. The U.S. Congress denied funding within the annual budget, so Trump declared an emergency and took funds from the Department of Defense and other federal departments.

The suits were upheld by lower federal courts, but none placed a stop-work order on the construction.

The same took place in the SBWR, causing concern over the impact on migration of a few threatened and endangered species and depletion of the underground aquifer.

In January, the U.S. Supreme Court will determine the outcome of at least two suits against the government.

The county Board of Supervisors filed no objection to the wall construction, but tried to work through the county’s federal legislators.

There were no irregularities found in either the Primary Election or the General Election in the county as voters chose Republican candidates over Democratic candidates. Elections Director Lisa Marra and County Recorder David Stevens were confident in the performance of their offices even with extended voter registration for General Election and the increase in requests for mail-in ballots. More people voted in the 2020 General Election than many previous years as 74.33 percent of the registered voters cast their votes.

With an Environmental Protection Agency $600,000 grant in hand, Cochise County can move forward with plans to assess properties for the clean-up of hazardous properties in the county, Sierra Vista, Bisbee and Douglas.

They are properties that could be revitalized for economic development or for open spaces, parks and green spaces. In January, the county applied for funds through the EPA’s Brownfields and Land Revitalization Program to begin addressing a few of the 2,600 sites of former gas stations, illegal dumps site, landfills, or methamphetamine labs.

Included are buildings with asbestos or lead-based paint as well as any properties where toxic chemicals or pollutants may be present.

Working with the county is Dave Laney, a Certified Hazardous Materials Manager with Stantec, experienced in managing brownfield assessments and remediation of soil and groundwater contaminated with various toxins from asbestos, lead, petroleum and explosives.

The Cochise Conservation and Recharge Network continued with studies and monitoring to find the best areas suitable for recharge to the San Pedro Aquifer on two properties near Sierra Vista to help sustain the San Pedro River.

Due to the lack of spring and monsoon rainfall, the drought across Arizona has resulted in the declaration of eight counties, including Cochise, as primary disaster areas by U.S. Agriculture Secretary Sonny Perdue earlier this month. The declaration meant agricultural producers who suffered losses caused by recent drought may be eligible for U.S. Department of Agriculture Farm Service Agency emergency loans.

Cochise County juveniles will be quartered in Santa Cruz County starting Jan. 1 after a $675,000 three-year contract with the limit of four guaranteed beds was signed following a Superior Court recommendation.