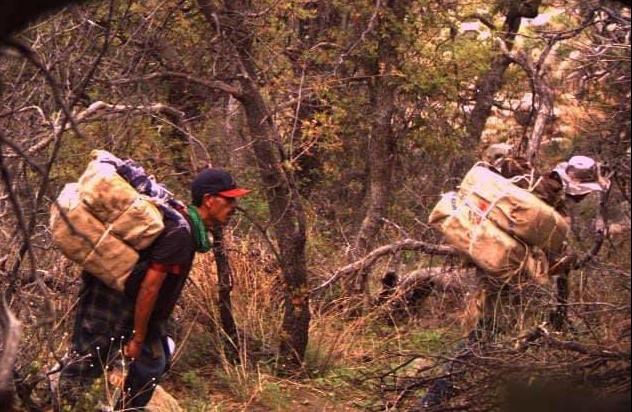 Drug mules are seen in a screenshot from video captured by BuckEye cameras. The border camera program will be expanding across the region after being piloted in Cochise County. 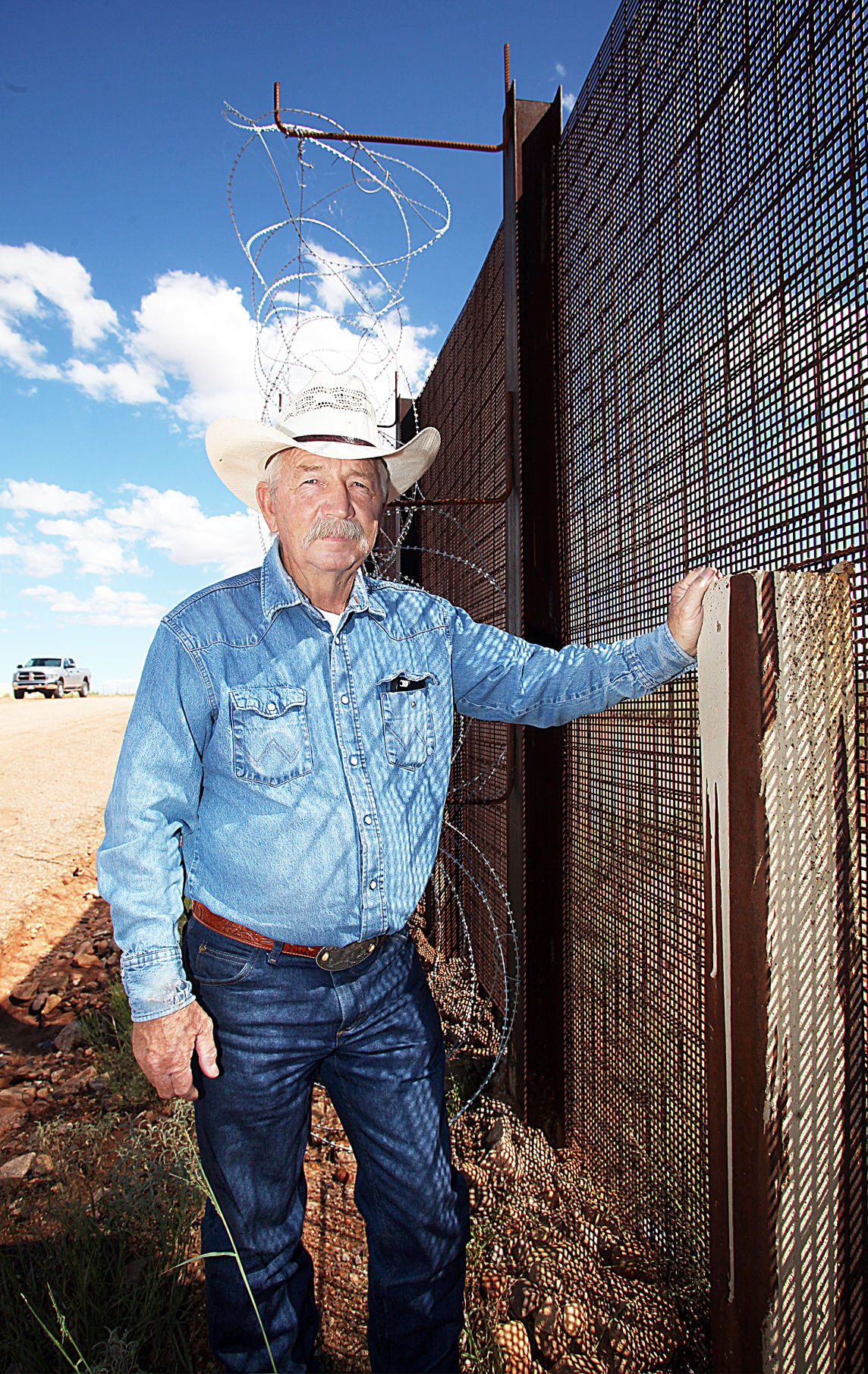 John Ladd stands next to the border wall on his property last year. Ladd was one of the first to allow the Cochise County Sheriff's Office to deploy cameras on his property, a program that will soon be expanding across the state and to New Mexico.

Drug mules are seen in a screenshot from video captured by BuckEye cameras. The border camera program will be expanding across the region after being piloted in Cochise County.

John Ladd stands next to the border wall on his property last year. Ladd was one of the first to allow the Cochise County Sheriff's Office to deploy cameras on his property, a program that will soon be expanding across the state and to New Mexico.

SIERRA VISTA — A network of portable cameras used by the Cochise County Sheriff’s Office to detect drug and human smugglers crossing into the area from Mexico is spreading to other jurisdictions across the region.

The cameras have been in place in Cochise County for the last two years and they’ve helped law enforcement combat practically stamp out the flow of narcotics coming from the south, Dannels said.

“Over the last couple of years, the cartels have realized that we’re catching them,” Dannels said earlier this week. “They are going around Cochise County.”

While smugglers, or “coyotes,” bringing migrants into the area is still a problem, the cameras are catching those images as well, and relaying them to the U.S. Border Patrol, Dannels said.

Deploying the cameras — there are over 700 and 95 percent of them are in Cochise County — on private and public land has helped not only the Sheriff’s Office, but the ranchers in the county whose properties have been repeatedly violated by drug mules and coyotes traipsing through.

Cochise County rancher John Ladd, whose property runs 10 miles along the Mexican border, was the first in Cochise County to have the small cameras deployed on his land. Dannels asked Ladd if he’d be willing to try out the cameras as part of a pilot program in 2017 to determine if the technology would be effective.

Tired of finding the trespassing remnants of drug and human smugglers on his property daily, Ladd readily agree. He described the experience he’s had with the cameras as nothing short of “wonderful.”

“Before those cameras, we were having three to four loads of dope a week coming through my property,” Ladd said. “The first six months the cameras were here, they arrested 37 mules. The county attorney promised 100 percent prosecution, two years in prison.”

Ladd said he still has problems with coyotes coming through with undocumented migrants, but that too has decreased significantly.

The sheriff says the cameras have been a success because people like Ladd have allowed his agency to place them on their property. Dannels explained that there are no county BuckEye cameras on the border because that’s the purview of the federal government. But information garnered from the cameras that include images of human smuggling are given to the Border Patrol as well.

Dannels began placing the cameras on private property after members of the Sheriff’s Ranch Patrol, who come in contact with ranchers and other rural landowners daily, were getting an earful from landowners regarding drug and human smuggling incidents.

The results the cameras have brought about have captured the attention of sheriffs in Yuma, Pima and Santa Cruz counties in Arizona, as well as the New Mexico State Police and the New Mexico Sheriff’s Association, said Cibola County, N.M., Sheriff Tony Mace.

Mace, who is also chairman of the New Mexico Sheriff’s Association, said the latter will partner with the Cochise County Sheriff’s Office and New Mexico State Police to bring the Buckeye camera system to Luna, Dona Anna and Hidalgo counties.

“We’re ecstatic because this is a great crime-fighting tool,” Mace said this week in a telephone interview. “My county is not involved because we’re not on the border, but the other counties who are, of course are members of the New Mexico Sheriff’s Association, so I’m involved by representation.”

Luna County, N.M. Sheriff Kelly Gannaway — whose county borders with Palomas, Chihuahua, Mexico — said he and other border sheriffs would be attending a meeting in the next few weeks to discuss the camera system. Gannaway said he is looking forward to the cameras because his county is large and he does not have the manpower to monitor drug and human smugglers who cross the border.

“This is definitely a tool we’ll be able to use to help us patrol,” Gannaway said.

Gannaway said the same problems that exist along the Arizona border with Mexico occur in Luna County. That includes ranchers dealing with smugglers, as well as theft of cattle.

Dannels and his team said they would be meeting with the other Arizona sheriffs in the next few days to discuss the camera system.

Mace and Gannaway said they will be having their meeting with Cochise County and the New Mexico State Police in about two months. While the New Mexico sheriffs said it’s not clear how many cameras they will start with, Mace said the technology will be funded by the state. The cameras in Cochise County were paid for with donations and grants, Dannels said, with a cost of about $250,000.

Dannels said he hopes the camera program can extend to the entire southwest border of the U.S., from Texas to California.

“We have installed a system based on intel-gathering,” Dannels said. “This is a collaboration of county, state and federal partners. Every time the cartel throws a curve ball, we’re catching it, throwing it back and saying, ‘Try again.’”