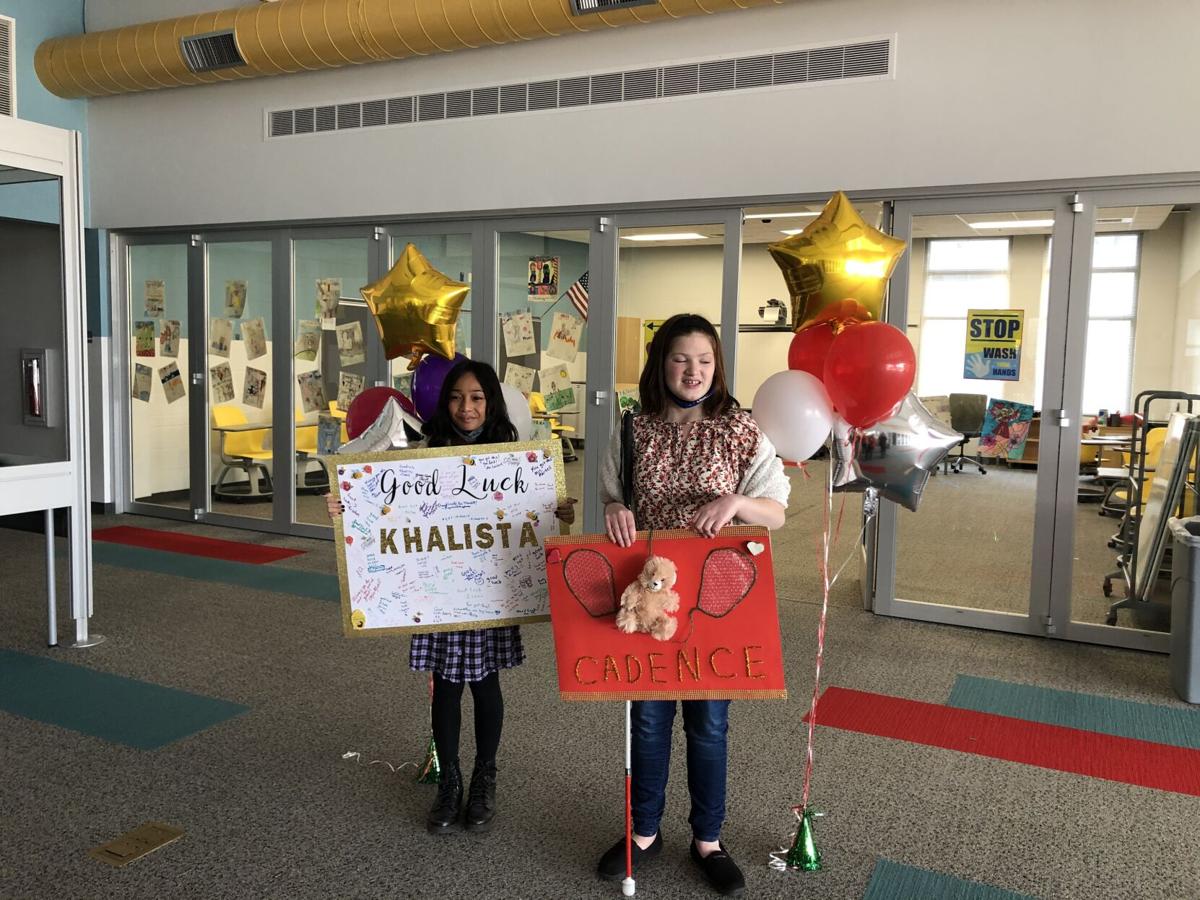 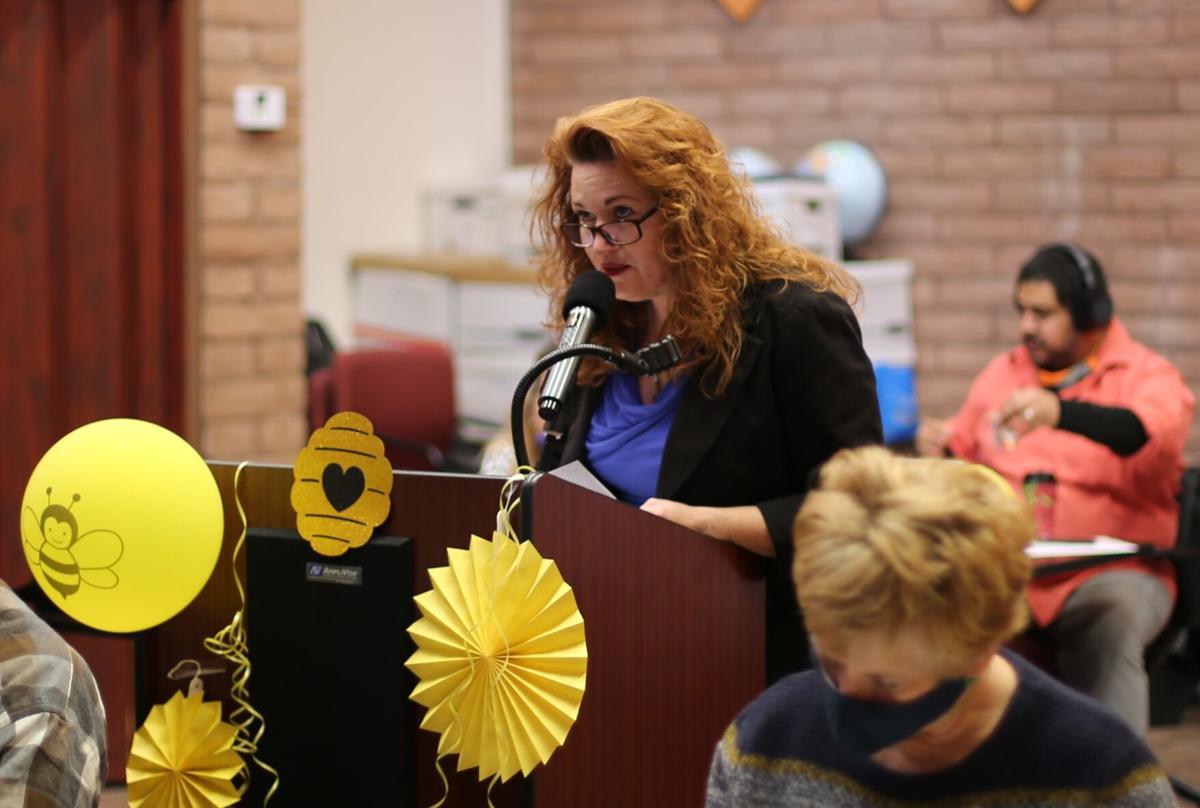 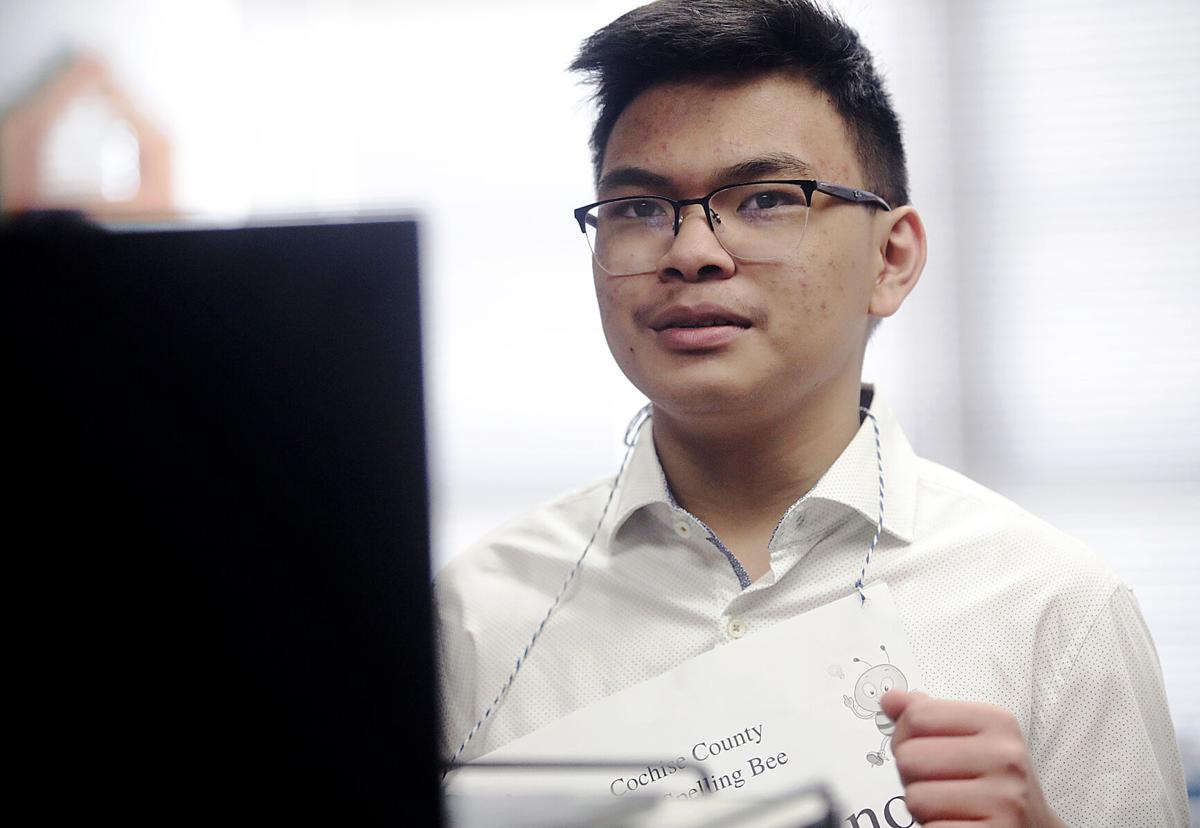 Last year’s champion, Luke Perolino, can’t come up with the correct spelling of a word. 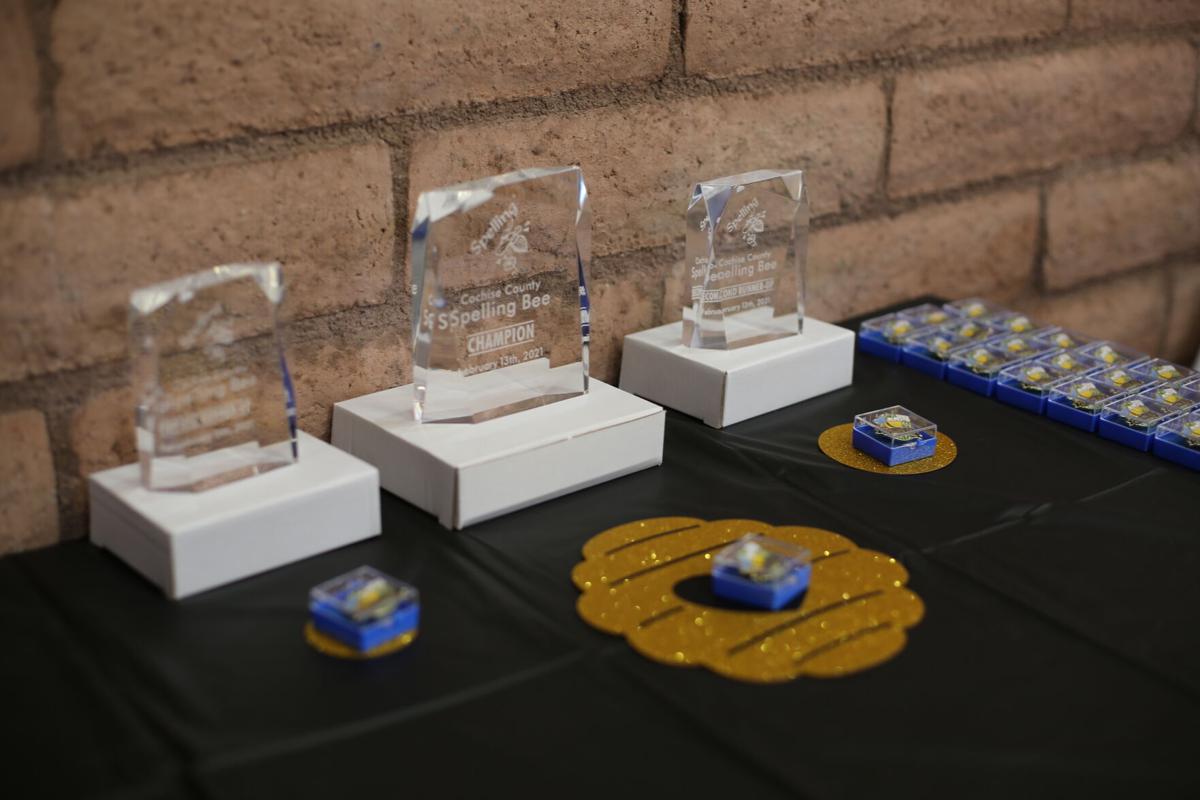 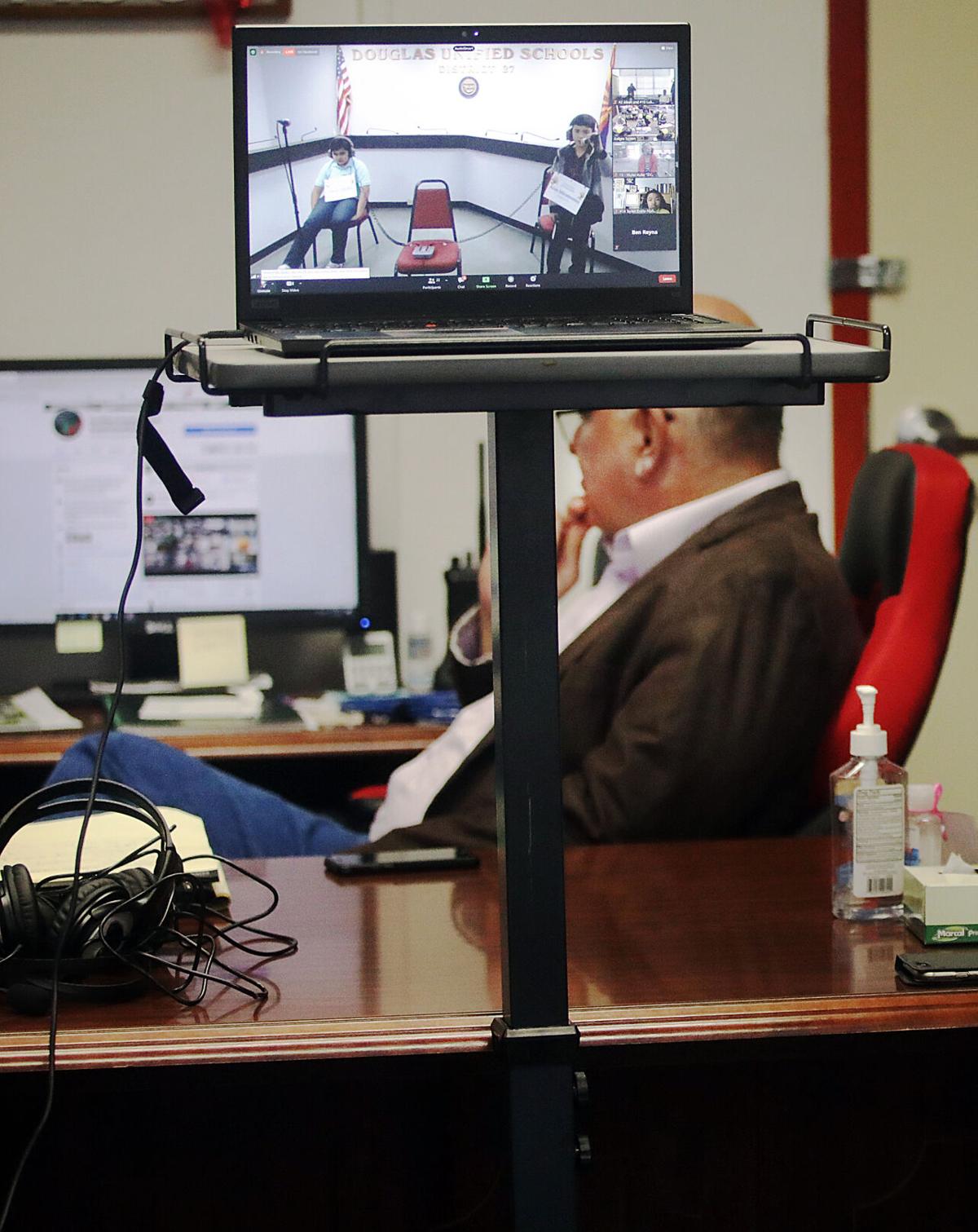 Last year’s champion, Luke Perolino, can’t come up with the correct spelling of a word.

Cadence Flores of the Fort Huachuca Accommodation School District came away as the winner of this year’s Cochise County Spelling Bee, which was hosted virtually via Zoom on Saturday, Feb. 13.

After going 20 rounds, Flores secured her win with the spelling of “braggart.”

Flores, 14, who’s in eighth grade at Colonel Smith Middle School on Fort Huachuca, said that she felt “elated,” upon her win.

Flores, who has autism and is blind, said she practiced for the competition using her BrailleNote Touch (a braille tablet) and meticulously practiced the entire list of words.

When asked about her experience competing virtually, Flores said that it felt similar to competing in person.

“I like to compete in spelling bees even though I’m worried about winning or loosing,” said Flores, “But my hard work paid off.”

Flores said she plans to compete in the state spelling bee on March 20, and she’s excited to represent the county.

Talingdan, who’s in sixth grade, said that she and her mother, Hazel Talingdan, routinely practiced the list of words, “column by column.”

Talingdan said competing in the virtual format was “A lot less nerve racking,” and presenting via computer screen was less intimidating that presenting on stage.

Talingdan said while this is her first time competing in the Cochise County Spelling Bee, she has competed in other spelling bees while living in Germany.

“I was really proud of myself that I succeeded in the school spelling bee, and that I placed second,” said Talingdan.

The second runner-up was Isabell Gavin, who's a sixth grader from Veritas Christian Community School.

Gavin, 12, said that she practiced almost every night after school and extracurricular activities for the competition.

"I prepared a lot," said Gavin, "I would underline the words in red if I got them wrong. I would sound [the words] out through the syllables."

When asked about how she felt to represent her school, Gavin said that,"I felt really good. I’m so proud of myself to make in to the county spelling bee with everyone else.”

The pronouncer for the event was Sierra Vista Chamber of Commerce Chief Executive Officer Melany Edwards-Barton.

The spelling bee began with Cochise County Superintendent of Schools Jacqui Clay, who welcomed spellers with a message of gratitude and pride.

“No matter what, all of us are winners,” Clay said, “We love you, we’re proud of you, welcome to the spelling bee, and you are amazingly awesome.”

After a brief practice round to troubleshoot any technical difficulties, the competition began, with the field narrowing in the third round.

Four spellers were eliminated in the third round, including last year’s winner, Luke Perolino, who was eliminated on the word “pulley.”

By round nine, there were three spellers remaining: Flores, Talingdan and Isabel Gavin of Veritas Community Christian School.

After going nine more rounds, the title was between Talingdan and Flores. After two more rounds, Flores was confirmed as the winner.

Cochise County Outreach and Spelling Bee Coordinator Ben Reyna congratulated all the spellers at the conclusion of the competition along with the panel of judges and Clay.

“We could not have done this without this team,” said Clay. “To our participants, you amazing ones we love so much, we want to see you back here next year.”

Clay said all participants will get a certificate and pin, the top three spellers trophies, and the first-place winner will receive $100.

Reyna said the recorded competition can be viewed on the County Superintendent’s Facebook page at https://www.facebook.com/CochiseCountySuperintendent