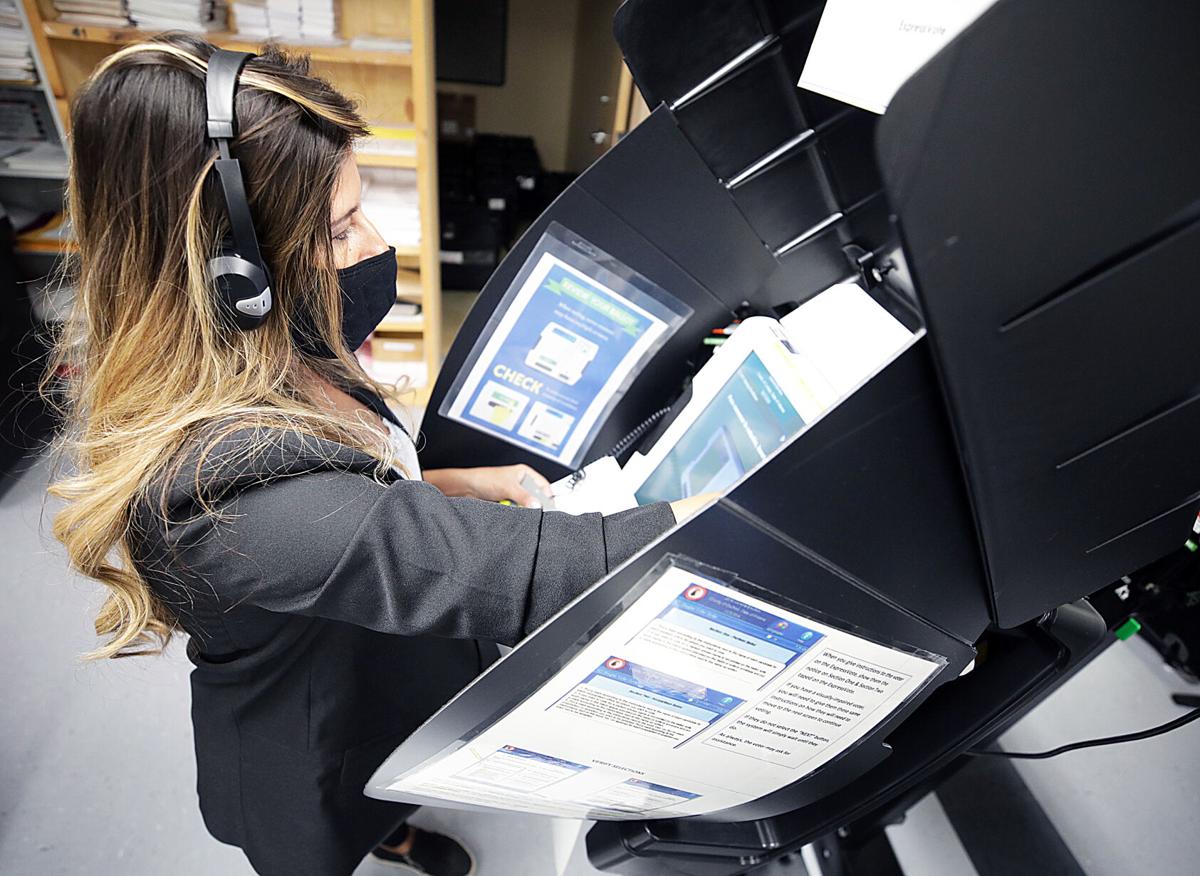 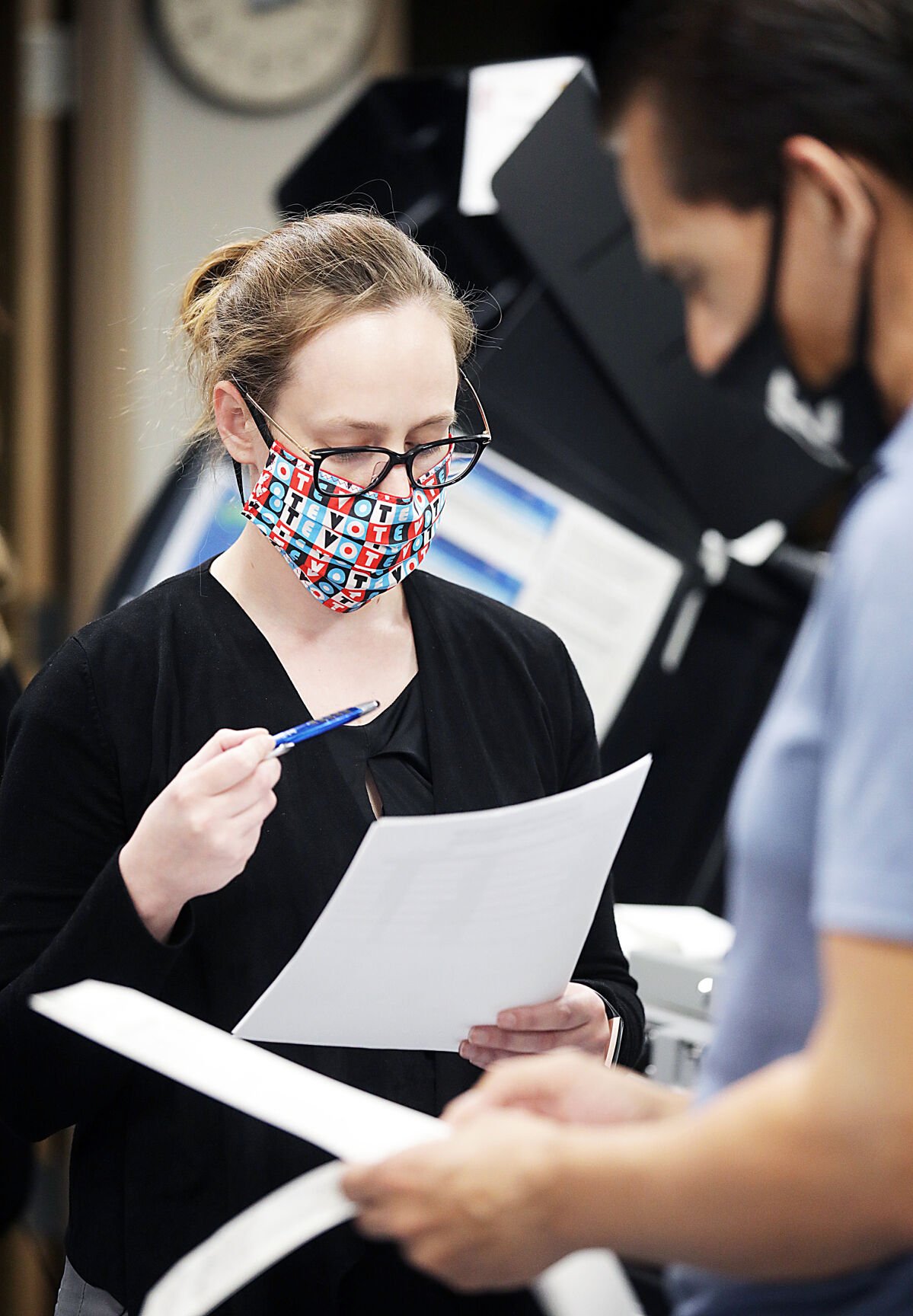 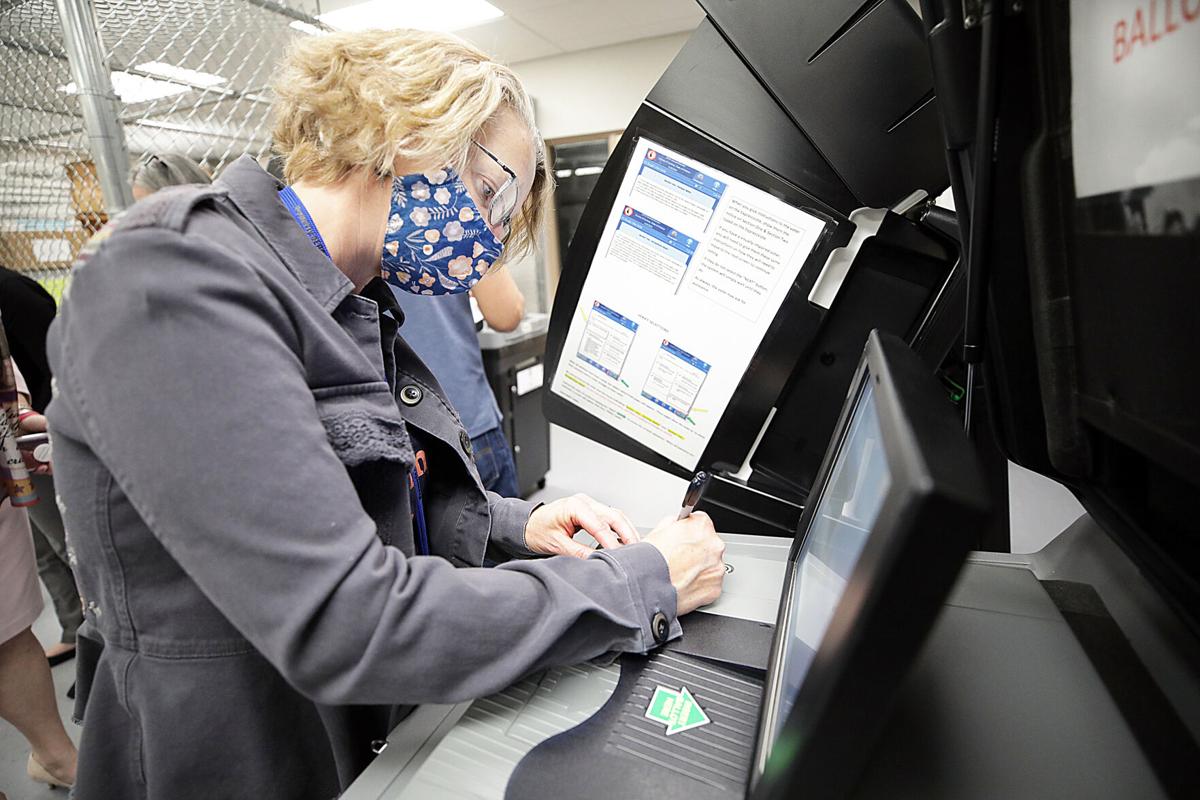 Cochise County Democratic Committee Chairperson Elisabeth Tyndall signs to verify a voting machine is zeroed out and ready to be tested. 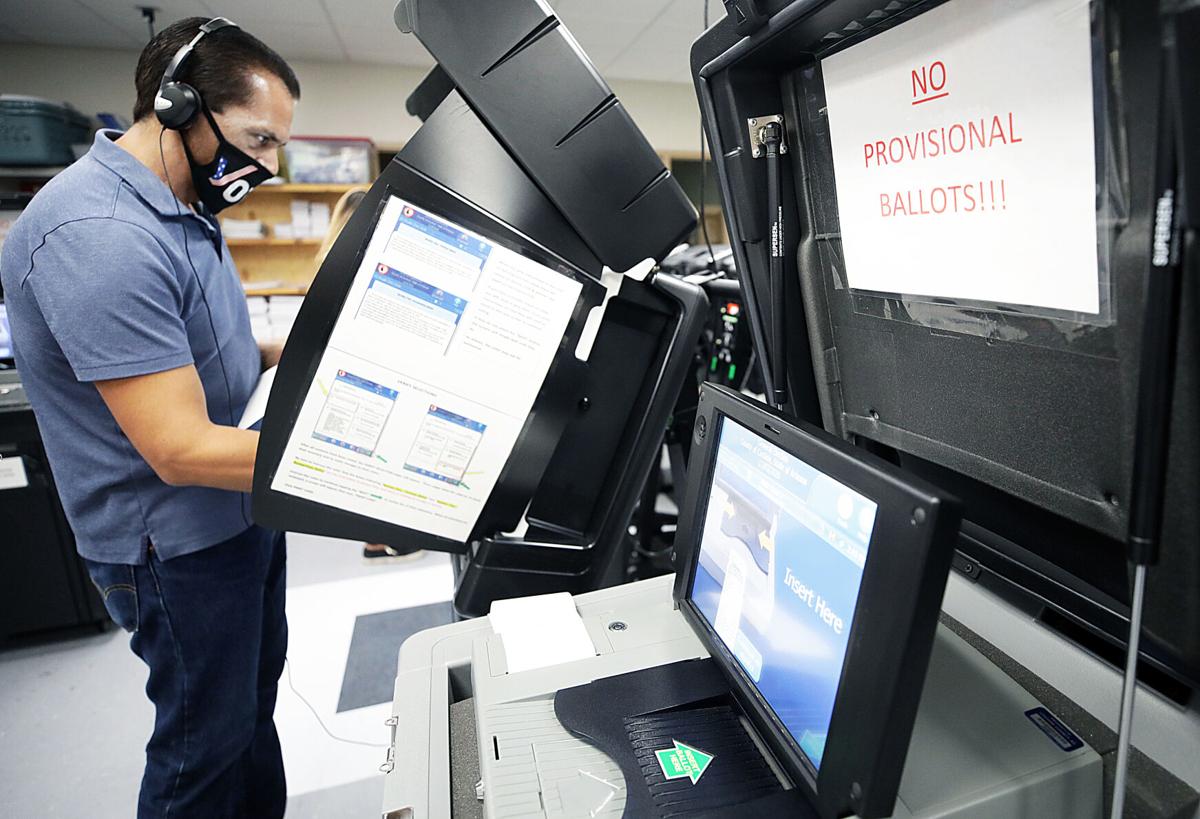 Cochise County Democratic Committee Chairperson Elisabeth Tyndall signs to verify a voting machine is zeroed out and ready to be tested.

BISBEE — The final state required testing of Cochise County’s voting machine and ballot count tabulators, known as the Logic and Accuracy Test (LAT), was performed last Thursday by a team from the Arizona Secretary of State’s office, and after a nearly two–hour, hands–on test run, all was found to be in order and the equipment passed muster.

Though county Elections Department Director Lisa Marra and Deputy Director Martha Rodriguez had total faith in the system due to all the testing they had done, getting that green light from the state team still brought smiles, thanks and a cookie celebration.

SOS deputy director Janine Petty, lobbyist Karen Bayliss, Elections Services Manager Christine Dyster and Information Security Officer Ken Matta along with county Democrat Party Chairwoman Elisabeth Tyndall put several types of voting machines through a mock election to test their accuracy. Each followed a script telling them who to vote for which was determined prior to their arrival in Bisbee and sealed in an envelope.

Once all the ballots were counted and gathered, Marra put them through the ballot tabulators which counted and recorded the vote for each ballot.

Ballots improperly marked and overvotes, which are ballots reading the person voted for more candidates than the permitted number, were separated out into a different shelf and the computer program recorded the error.

The voting machines were purchased in 2015 and first used in the 2016 election, said Marra, now in her third year as director. To ensure security, none of the voting machines or tabulators are connected to the internet.

They allow a person hard of hearing or a blind person the ability to hear instructions and the names of the candidates for whom they cast their votes. The screen brightness can also be adjusted to make the in-person voting process more comfortable.

“The handicapped accessible machines have audio prompts which help people through the process,” added Matta. “Some blind voters can bear faster speeds, so they have that opportunity.”

Marra stated, “The machine also tells you if you’ve overvoted, so you can change your ballot before saving it.”

Once the ballots were completed, they were run through another machine which dropped the ballots into a double–lock box and were removed following protocol for tabulation.

Even though the ballots were just for a test, Matta said they would take them back to Phoenix and store them there until their retention date is up.

This year, Marra expects more early voters and early ballots as the popularity has grown over the past 20 years the state began offering the option.

So far, 56,000 people have requested early ballots and the number continues to grow.

“In the state, 67 percent of registered voters use mail in ballots and that number is climbing to 80 percent,” she said.

While some voters come prepared to mark their ballots from the sample ballots everyone gets, many others come to a polling place unprepared and have to read propositions for the first time and try to determine how they want to vote, she continued. This year, there are only two state propositions which should make voting in person easier.

However, she pointed out with Bisbee’s 12 propositions, people who mail or drop off early ballots need to be sure they include the second page of their ballots to be counted.

She noted, “Some people can take 40 minutes before they’re done. That slows down everything and creates wait times. This is the voter’s responsibility. They need to come prepared if they’re voting in person.”

The early voting period runs from Wednesday, Oct. 7 to Friday, Oct. 30, at the County Recorder’s Office in Bisbee. Two Saturday dates were added – Oct. 17 and Oct. 24 between 9 a.m. and 3 p.m. People can also drop off mail in ballots on those days.

The deadline for requesting a mail in ballot is Friday, Oct. 23.

Those ballots can be mailed back or dropped of at special drop boxes located at county offices in Bisbee, Benson, Douglas, Sierra Vista and Willcox. Postage is prepaid and does not require a stamp. The drop boxes will be closed on Monday, Nov. 2. Mailed ballots must be received by 7 p.m. on Tuesday, Nov. 3.

Just because the polls close and counting can begin at 8 p.m. does not mean there will be a quick result, said Marra.

She had security cameras installed throughout the elections office so everything can be monitored. The doors to the offices, voting machine and tabulators rooms are kept locked and can only be opened with a key card.

Though the public used to be able to view the counting through a glass window, they can now watch it on a TV monitor in a special room.

In Arizona, hand counts are performed to verify the machine counts from a sample of precincts and early ballots from each County. The Vote Count Verification Committee meets, pursuant to A.R.S. § 16–602(K), to establish the designated margins for conducting hand counts.

The designated margins are as follows:

Early Ballots — The designated margin for early ballots is set to five votes or two percent, whichever is greater.

Polling Centers — The designated margin for polling place ballots is set to three votes or one percent, whichever is greater.