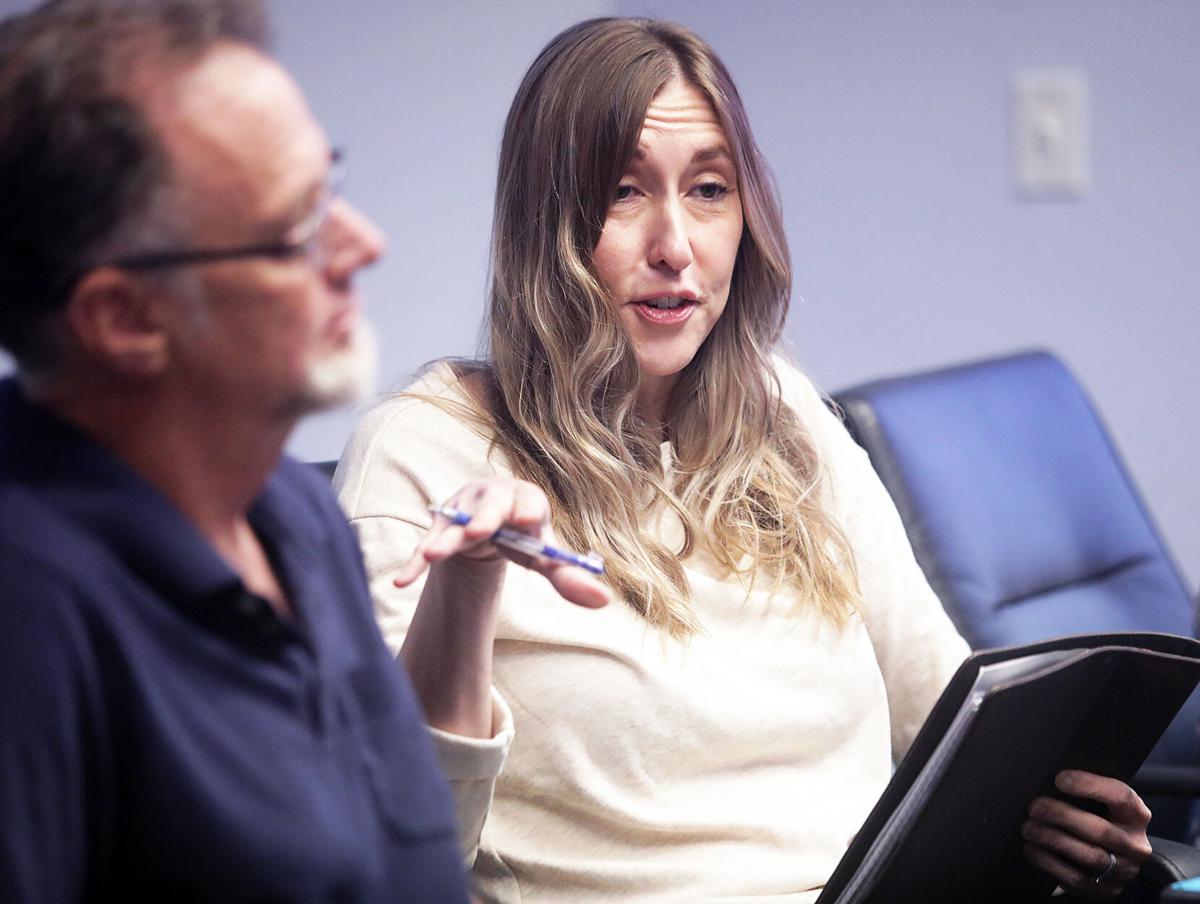 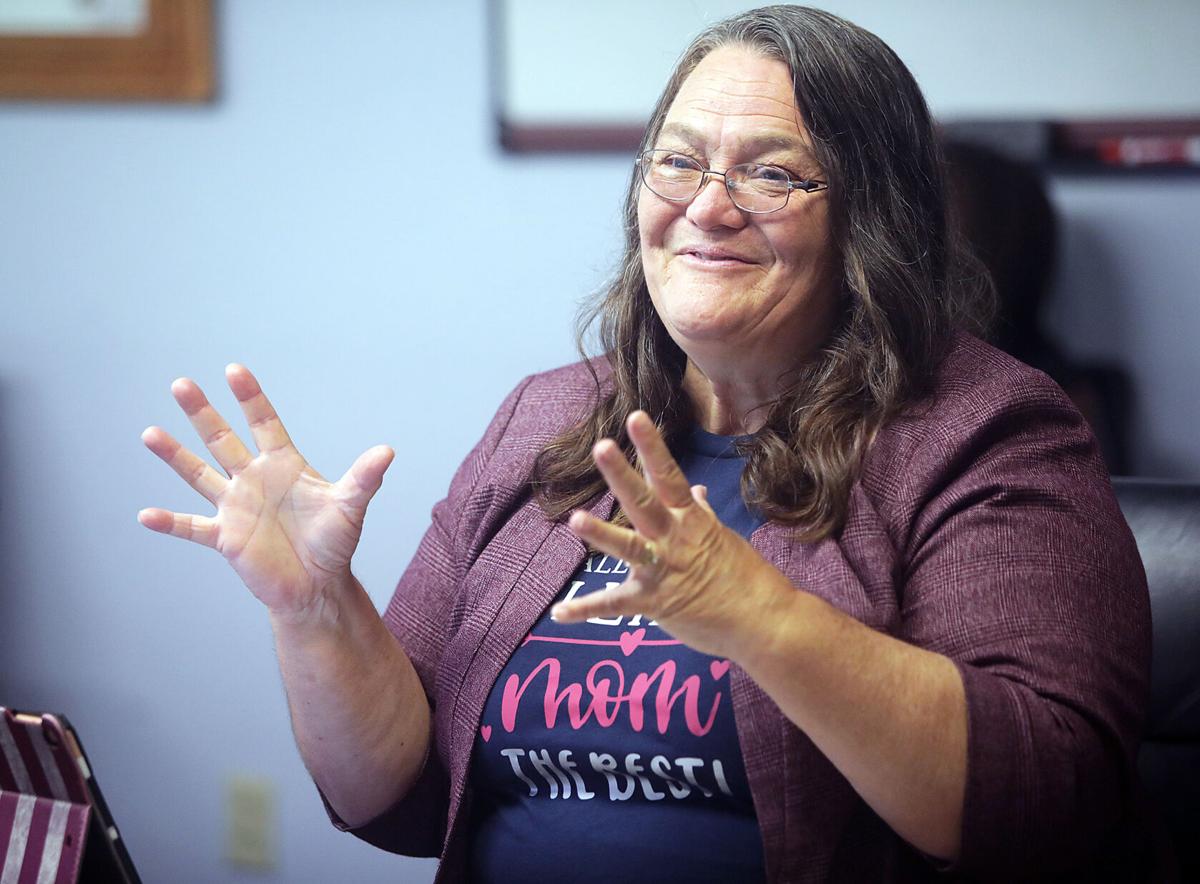 BISBEE — On the heels of a three–day workshop, Cochise County Planner II Christine McLachlan presented to Cochise County Supervisors possible additions to the strategic plan and building and zoning codes that could help residents outside the Sierra Vista Subwatershed preserve their water resources through water conservation initiatives.

On June 29, they provided an overview of what came from the workshop, which centered around water conservation and what changes could be made to the strategic plan and the building and zoning codes.

McLachlan said, “Cochise County residents love our small towns and rural lifestyle. But drought and excess groundwater use are threatening our shared and limited water supplies. Therefore, we need your support to ensure the lifestyle we all love is available for our kids in the future.”

The county has water conservation measures for development within the Sierra Vista Subwatershed, an area surrounding and including Sierra Vista, Huachuca City, Bisbee and Tombstone. Measures promote low-water-use appliances and plumbing, xeriscaping, rainwater harvesting and other methods to reduce water consumption. There was even a program for residents to get rid of old water guzzling commodes and replace them with new ones that use far less water. The county would pay up to $100 for the purchase of a new one.

Thanks to contractors building Leeds homes, which save on energy and water, and property owners, the subwatershed has proved to be effective combined with Sierra Vista’s Environmental Operations Park. Operations began in 2002, which created a wetlands for treated, A-quality effluent to infiltrate back into the San Pedro Aquifer and recharge basins to help the San Pedro River. The annual treated effluent recharge is approximately 2,700 to 2,900 acre-feet.

The Upper San Pedro Partnership was formed to reduce water use and preserve the San Pedro River and the San Pedro National Conservation Area. The membership, which includes the county, Sierra Vista, Bisbee, Tombstone, Huachuca City, The Nature Conservancy, Fort Huachuca and a number of state and federal agencies, was able to pool resources to help retire agricultural land near the San Pedro River and develop recharge projects.

The Cochise Conservation Recharge Network, a group consisting of the county, Sierra Vista, The Nature Conservancy, Hereford Natural Resource District, Bisbee and Fort Huachuca, constructed a detention basin to collect sheet flow from the Huachuca Mountains in Palominas during the rains and funnel it through a series of weirs that allows infiltration to the aquifer and boosts the flow of the San Pedro River.

It took a concerted effort to raise public awareness and funding for the projects.

There was one main reason for forming the subwatershed and that was to save Fort Huachuca from being closed, which would have irreparably harmed the county economy, said Supervisor Ann English. The Willcox Basin is under no similar restrictions.

Judd said, “We are using four times as much water in the Willcox Basin than is being replaced by rainwater.”

Judd, who represents the Willcox area, said, “Through the seminar, we came up with a plan to standardize water conservation practices countywide.”

It is no secret wells are going dry in the Willcox Basin and, in practicality, water conservation methods would, in some small part, help the area’s water problems. Stories have played out for several years about the problem of farm families leaving and residents trucking in water because they cannot afford to deepen their wells. Deep fissures are opening up because the water was pumped out and the land is no longer supported across the region.

Looking at the Willcox Basin, if the county were to enact the same water conservation methods — rainwater harvesting, low-water-use appliances and plumbing fixtures, xeriscaping — in other areas across the county, it is possible to see a small boost in groundwater supplies, McLachlan said. Though gray water systems were a conservation method, it was dropped as few people in the subwatershed used them.

“Sierra Vista has the most water–related code restrictions,” and has cut water usage from a high of 7,812 acre feet in 2003 to 6,660 acre feet in 2019, she noted. “Good water policy decreases overall water use.”

To accomplish a reduction in water usage, water conservation methods for golf courses, RV parks, warehouses, huge water users such as data centers and others could be implemented, she said.

“We’re talking about getting best practices in county zoning and building codes,” said McLachlan. “It would be good for the municipalities which do not have water conservation methods in their codes to add them.”

Judd helped form the Willcox Water Project last year in response to many complaints from her constituency and brought the community together in four workshops to talk about the aquifer and its depletion, land subsidence and troubles with large agricultural industries, buying up land and sinking more and deeper wells. A stakeholders committee was formed and it discussed a few ideas: a water district, an active management area, rainwater harvesting, gray water systems, mesquite removal, other water conservation methods and recharge projects in the Willcox Playa where water collects from mountain runoff.

Since the Willcox Water Project is already active, Judd suggested using it as the organization to receive funding for water systems, water recharge and conservation projects. It could also help out the Bowie water district, which has only 150 customers, now is “in dire straits.”

Director of the county Engineering and Natural Resource Department Jackie Watkins said, “We should take all of what we did in the Sierra Vista subwatershed and apply it to Sulphur Springs Valley. There are things ranchers and farmers can do to conserve water with different land treatments to help flood control. As a farmer, I can cut my electric bill in half through changing irrigation systems.”

She explained small scale recharge projects could be done on private lands with permission through the use of LiDAR, a method of determining land contours, to find the best places to place dry wells.

“We would participate by walking the properties and offer suggestions on what landowners can do,” said Watkins.

Apel suggested hiring a WaterWise cooperative extension agent to work in Willcox to help communities with water conservation methods at a cost of $110,000 a year. A WaterWise agent was hired in the past to work Sierra Vista and Bisbee and Apel thought having the agent available to talk and answer questions was a factor in the success of the subwatershed.

English was reluctant to add staff and wanted to see evidence WaterWise was responsible for the water savings within the subwatershed.

“We can’t get complacent,” cautioned McLachlan. “We need to be mindful of the drought and our severe conditions. There’s always more each of us can do.”

Editor's note: A previous version of this article erroneously stated the Upper San Pedro Partnership was formed by Congress.

For information on Cochise Conservation and Recharge Network, visit: https://ccrnsanpedro.org/

For information on the Willcox Water Project visit: https://willcoxwaterproject.org/

“We can’t get complacent. We need to be mindful of the drought and our severe conditions. There’s always more each of us can do.”