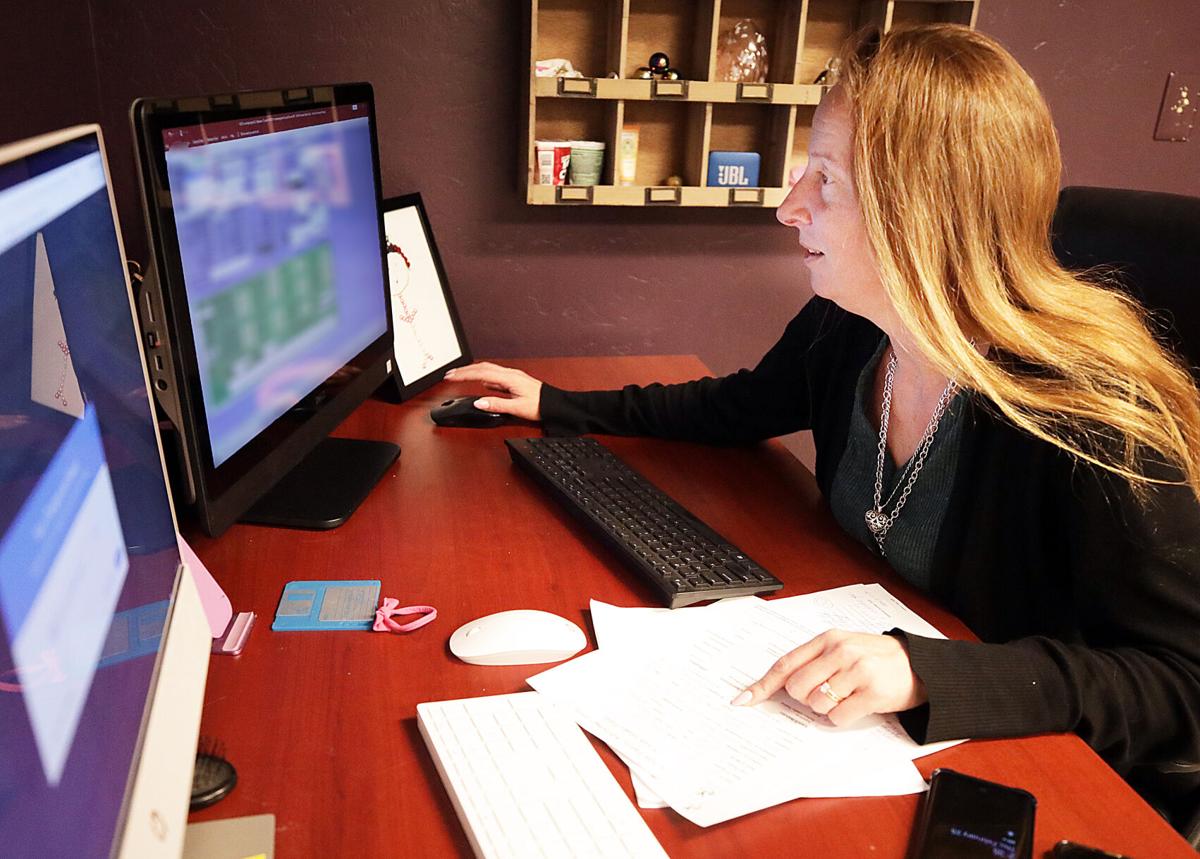 Kristy Beerman is a trauma therapist at Lori’s Place in Sierra Vista. 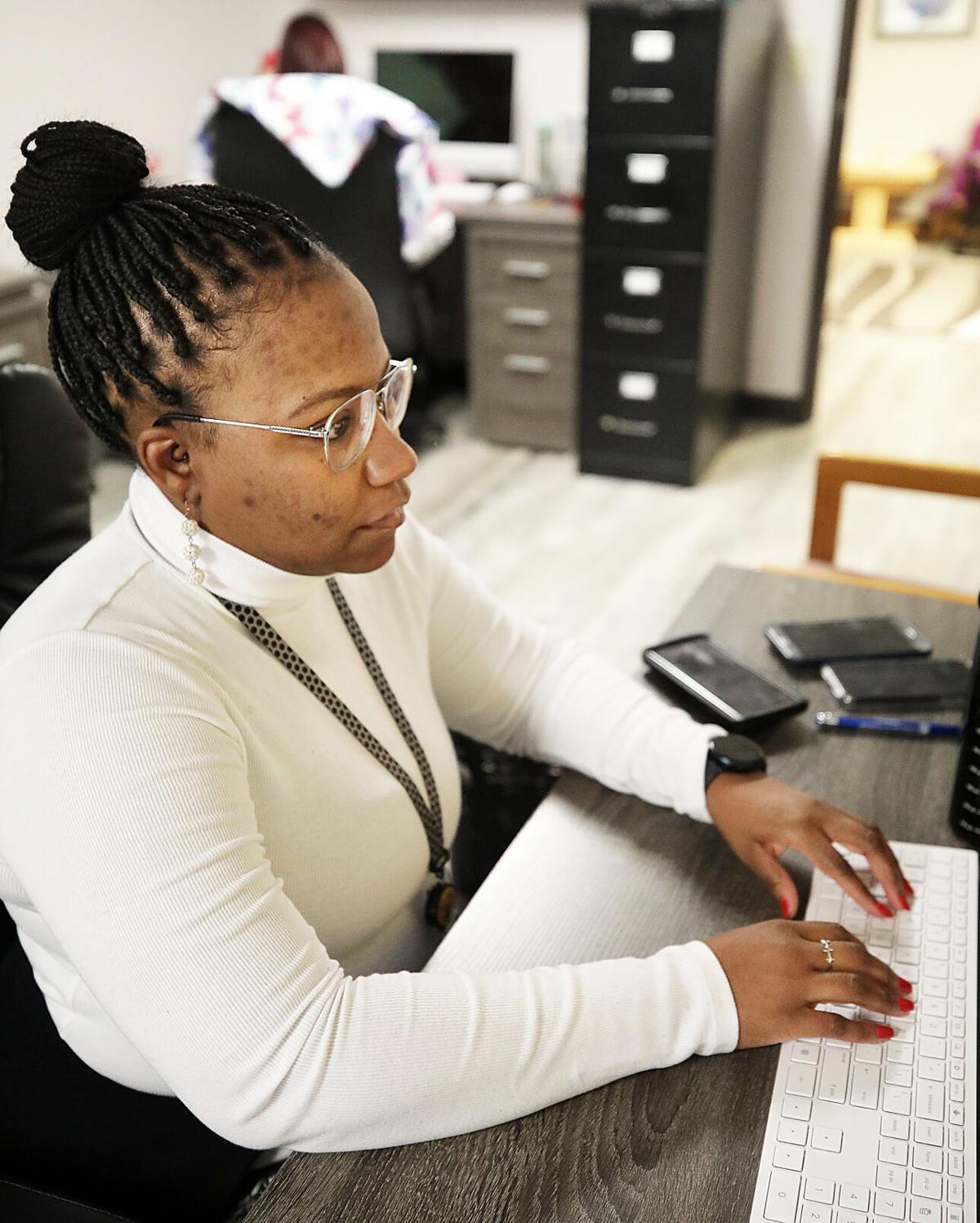 Kristy Beerman is a trauma therapist at Lori’s Place in Sierra Vista.

COCHISE COUNTY — Domestic violence cases spiked in Cochise County in 2020 compared to 2019, and the anger and frustration fueled by the arrival of the pandemic and its trail of disruptions were compounded by a lack of services in the area designed to help both offenders and victims.

The rise in these cases was the topic at a recent roundtable-style meeting in the courtroom of Cochise County Superior Court Judge Laura Cardinal.

The gist of the session hinged more on its frustrated participants who are trying to find solutions to a broken system that no longer provides a probation program for misdemeanor domestic violence offenders and their victims. Additionally, counseling for offenders is scarce, with only one counselor in Cochise County certified to see court-ordered domestic violence offenders, Cardinal told the Herald/Review.

“At this time there is no probation supervision for misdemeanor DV offenders,” Cardinal said. “While Cochise County once had a robust DV probation program on the misdemeanor level to work with offenders and victims, that program lapsed in the mid-2000s due to lack of funding.

In 2020, there were 81 domestic violence cases with charges filed in Cochise County Superior Court, said Amy Hunley, clerk of the court. That’s a jump from 2019 when 68 cases were filed.

“They are felony cases, but there may be misdemeanor domestic violence charges within the case,” Hunley said. “If the complaint contains both felony and misdemeanor charges, the case is filed as a felony case.”

Sentencings for all domestic violence cases — felony and misdemeanor — went from just more than 30 in 2019 to almost 50 in 2020, court statistics show.

Sierra Vista Police saw a sharp rise in domestic violence cases between April and June 2020 — the midst of the pandemic — compared to the same time period in 2019. In the latter, there were 235 cases. That jumped to 302 in 2020, an executive report prepared by the city shows.

Cochise County Sheriff’s spokeswoman Carol Capas said her agency saw an increase only in domestic violence cases that involved disorderly conduct. Considered misdemeanor instances, those grew from 185 cases in 2019 to 212 in 2020.

The lack of probation programs and the spread of the pandemic as aggravating factors in domestic violence cases, were accompanied by a scarcity in counseling services for domestic violence defendants in the county. Many defendants also failed to attend counseling, which by law, they are obligated to pay for, Cardinal said.

The one counselor who is certified to treat domestic violence defendants has reported he gets compliance by only about half of the offenders who are ordered to attend the minimum 26-week session, Cardinal said. The reasons given by offenders for not attending include no money, no transportation, scheduling conflicts with work and lack of enforcement, among other reasons.

Also, there are no online options for the services the counselor offers, Cardinal said, and a cheaper and shorter online domestic violence class is not as effective as the in-person counseling service, probation officers told the judge.

Places like the Cochise Family Advocacy Center in Sierra Vista, home of Lori’s Place, are dealing with the aftermath of domestic violence, as well.

Executive Director Brenda R. Parker believes the uptick in cases from 2019 to 2020 is linked to the arrival of COVID-19 and its effects on society.

... “The injuries seem to be more serious in nature,” Parker said in an email to the Herald/Review regarding domestic violence cases at Cochise Family Advocacy Center. “We believe we are seeing situations like this because people are feeling stress and a level of trauma that is manifested through social isolation; financial loss resulting in challenges to meeting basic needs of food, clothing, and shelter; fear of mortality with COVID-19; added stress of the inconsistency of school schedules; families being left to learn a new modality of learning; and social pressures spurred on by political agendas.

“The loss of outlets to relieve stress causes people to take their frustrations out on those they are close to. I believe wearing face coverings has created a wall between people, who are meant to be social, that has had a very negative effect in the way people are interacting with each other in general.”

Cardinal meanwhile, said the meeting in her courtroom was “in large part an airing of frustration by all concerned with the paucity of behavioral health services (offender counseling, probation supervision, victim advocacy and therapy) to adequately address a form of criminal conduct that disrupts families and communities.”

The judge said more meetings are planned on the issue.

“I think the general public needs to know the amount of domestic violence we are seeing in the court and county, and the difficulty these cases present,” Cardinal said.