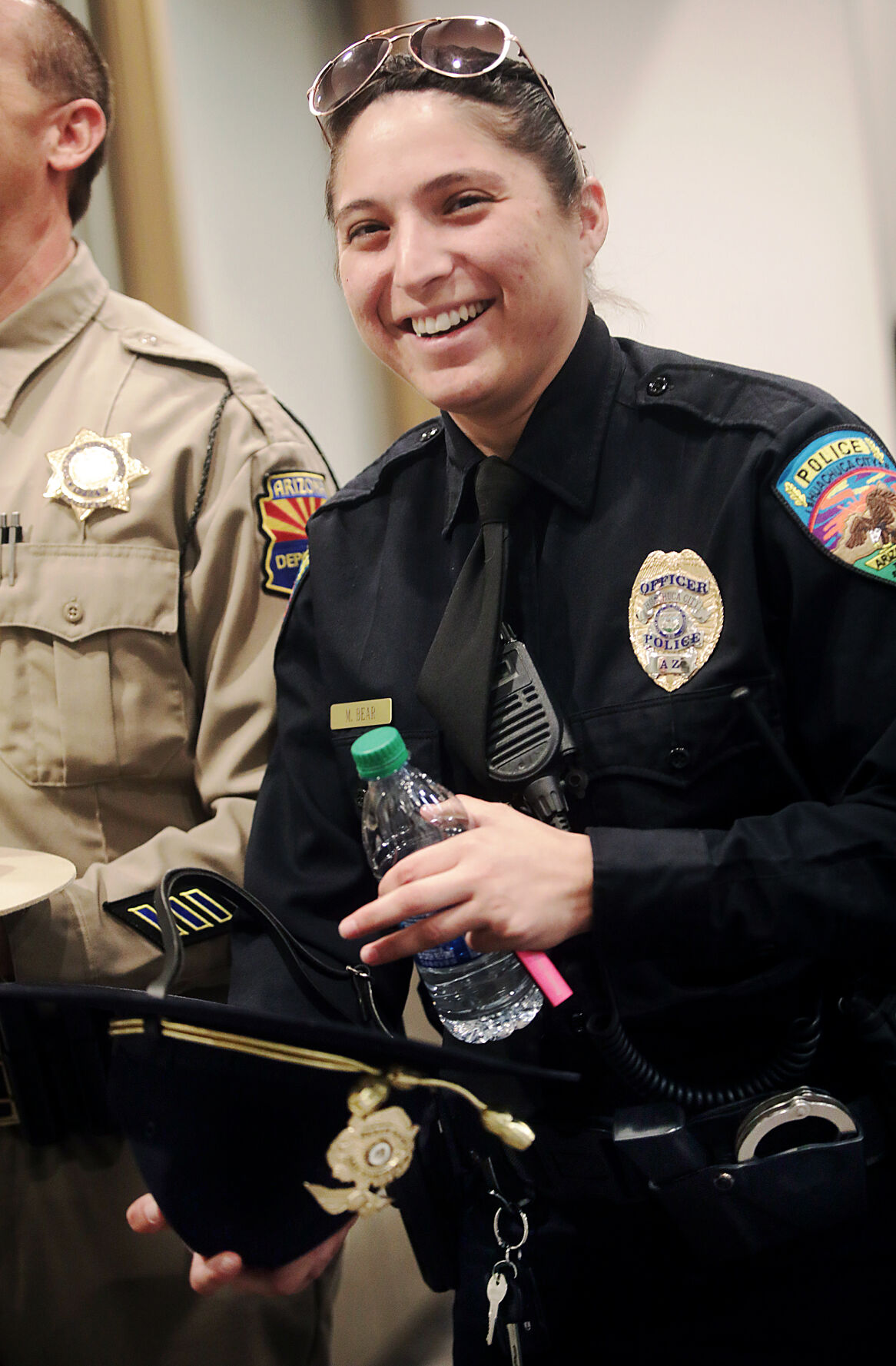 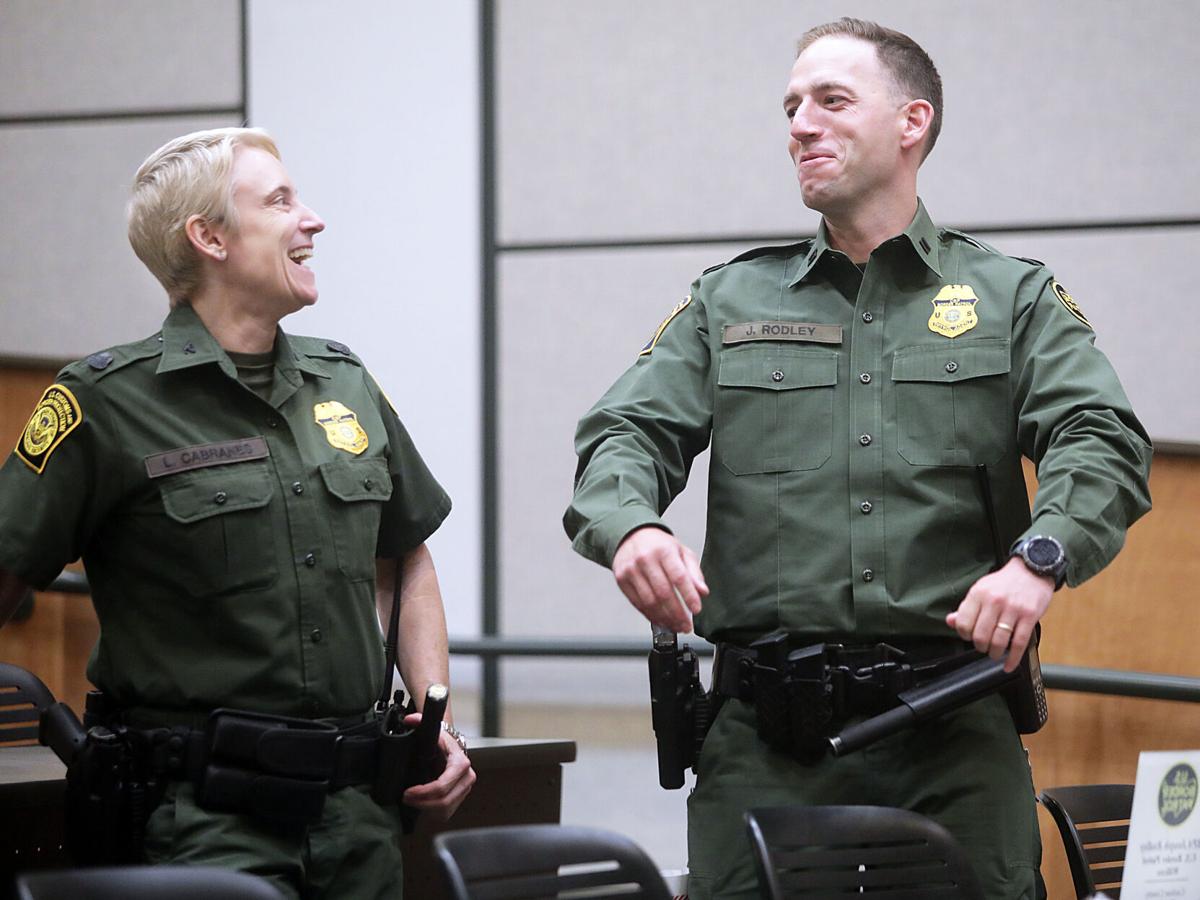 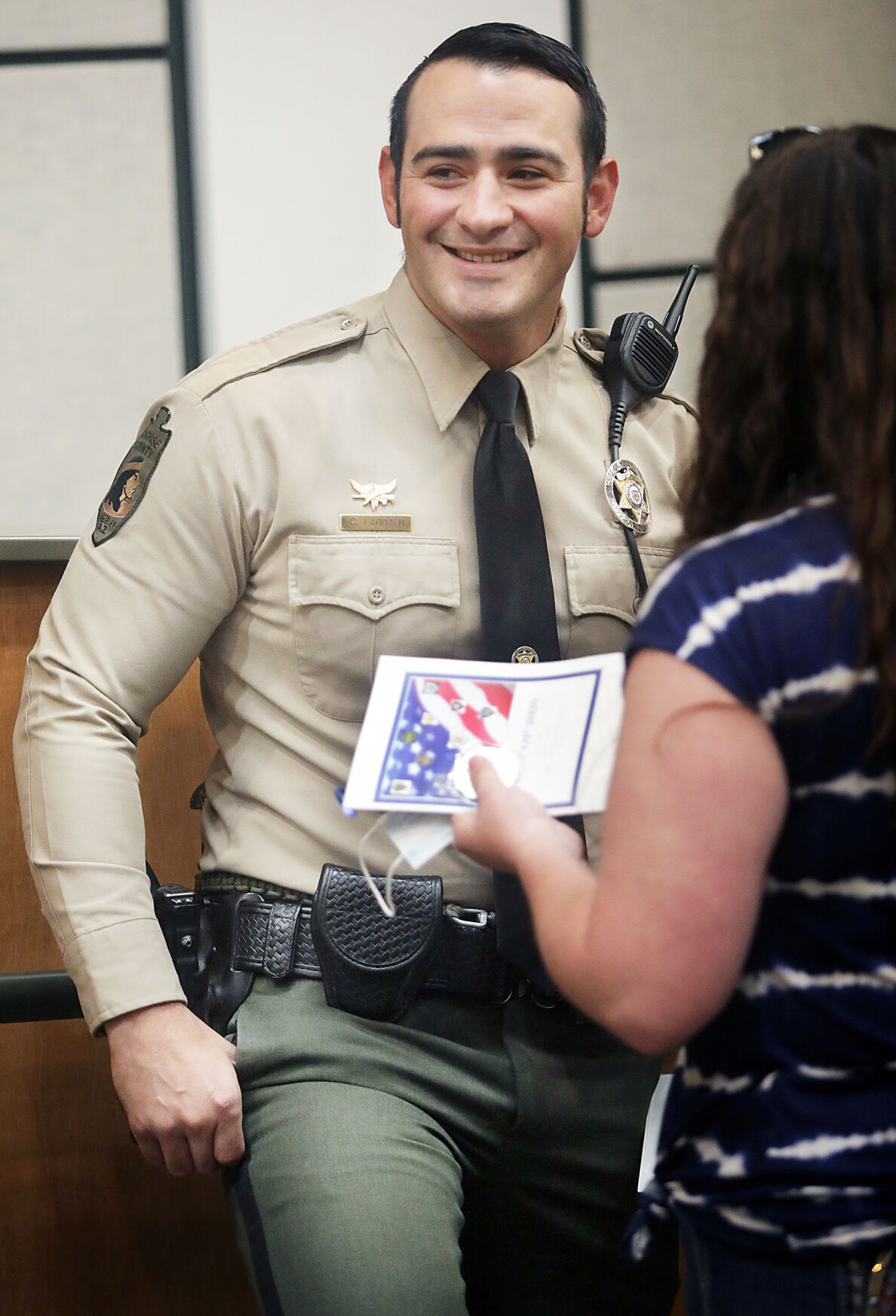 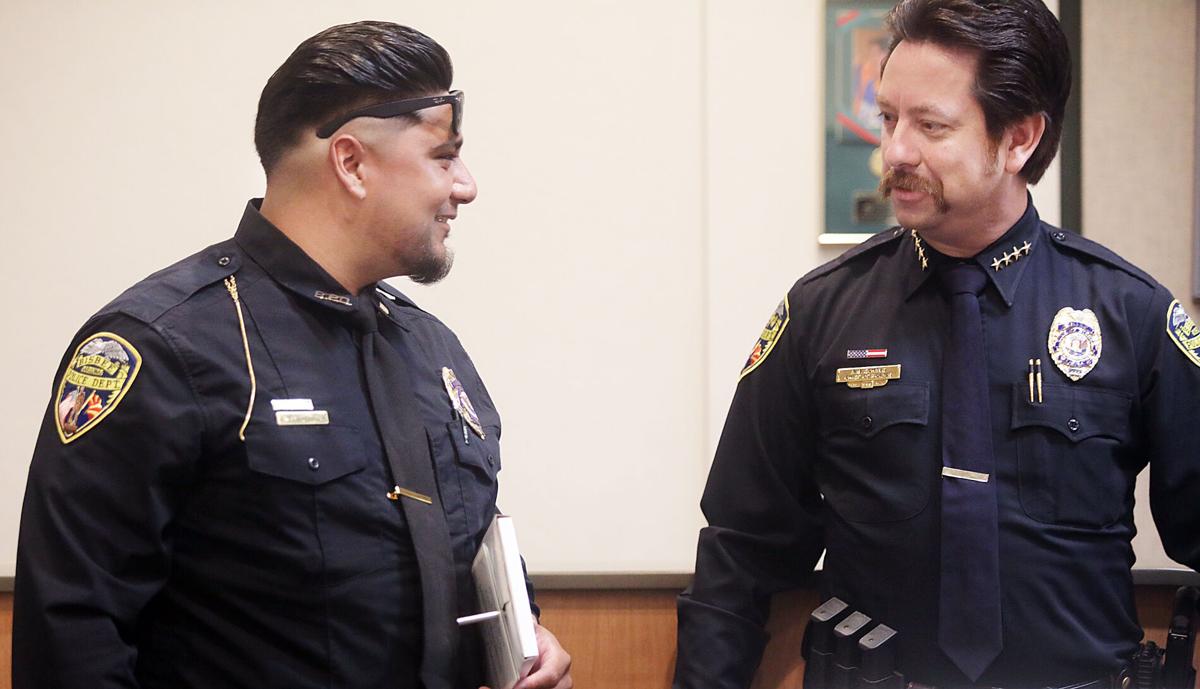 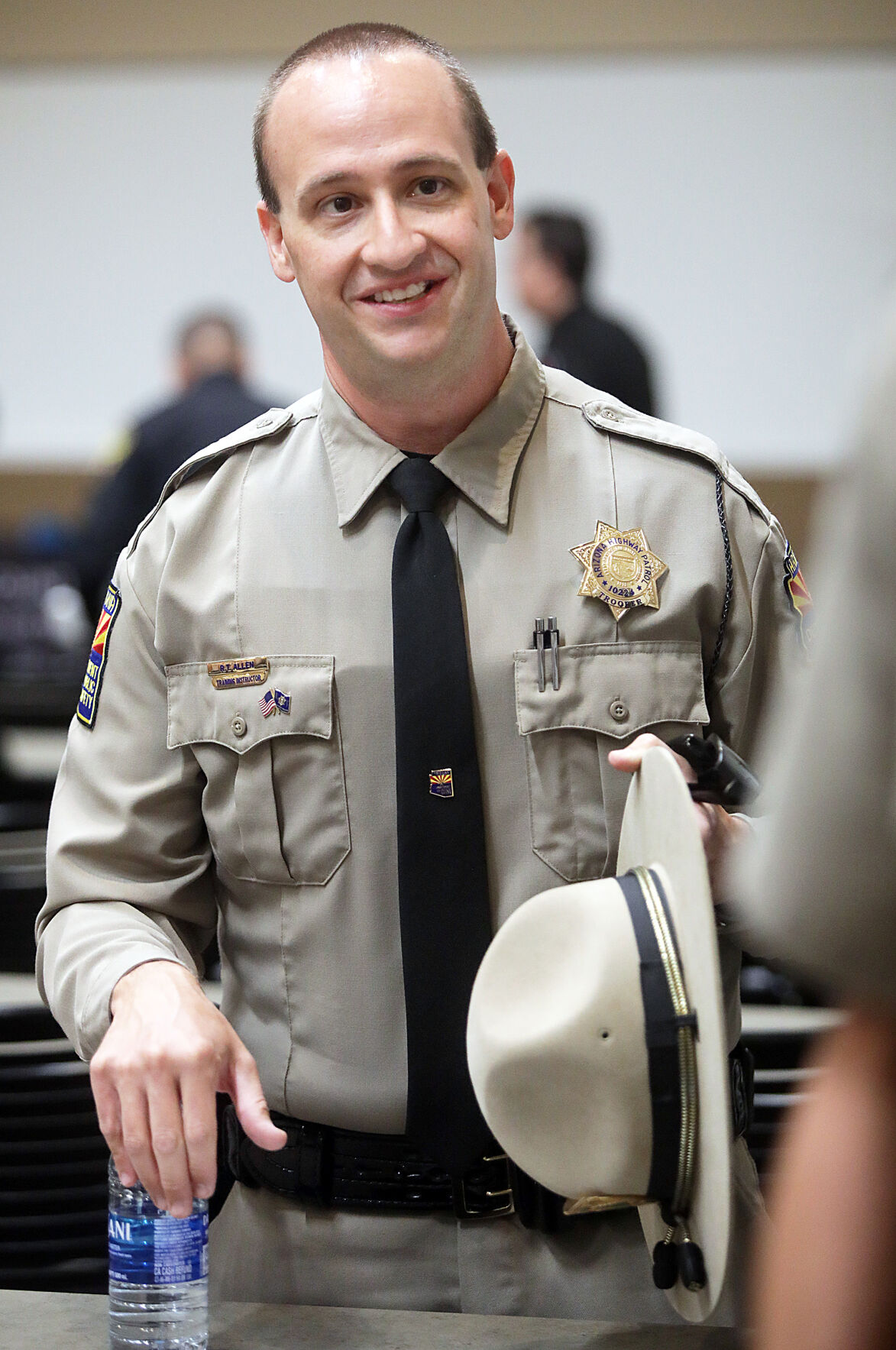 Arizona Department of Public Safety Trooper Thomas Allen is one of the 2020 Top Cop award recipients.

Arizona Department of Public Safety Trooper Thomas Allen is one of the 2020 Top Cop award recipients.

SIERRA VISTA — A Douglas Police detective who at one time was the only female officer in her department was named Cochise County’s Top Cop on Friday.

Detective Melidda Claudio had plenty of competition at the 3rd Annual Top Cop Award Ceremony sponsored by the Cochise County Sheriff’s Office. There were 11 other officers, troopers, deputies and Border Patrol agents vying for the title. Claudio was nominated for the honor by Douglas Police Chief Kraig Fullen. Neither Fullen nor Claudio could attend the event, which was held at the Sierra Vista Police Department auditorium.

In the nomination form from Fullen, the chief credited Claudio with inspiring other women to join law enforcement. When she began her career with Douglas in 2005, Fullen said Claudio was the only female cop in the agency. The agency now has six female officers, including Claudio.

Claudio could not be reached for comment Friday. But in his nomination, Fullen praised the investigator for her dedication in sexual assault and child molestation cases.

“Detective Claudio professionally works every single sensitive case, one at a time, with the victim, the parents, the suspect, and our county attorneys,” Fullen said in his nomination. “Detective Claudio goes above and beyond her responsibilities, making courtesy calls to the victim or the victim’s parents, and unfortunately, as is oftentimes the case, to give them courage and strength to continue with their normal life.

“She is a role model because of her dedication to commitment and excellence.”

The ceremony kicked off with a short video honoring the 29 law enforcement officers who have died in the line of duty in Cochise County from 1880 to 2015. The list included K-9s.

The keynote speaker was retired Cochise County Superior Court Judge James Conlogue, who left the bench in December 2020 after serving as a jurist for 26 years.

Conlogue told the group he was proud of them and appreciated their service.

“It’s the line officers and deputies that I hold in my heart,” Conlogue said. “ ... When you put on your uniform and you take that oath, you are already a hero.”