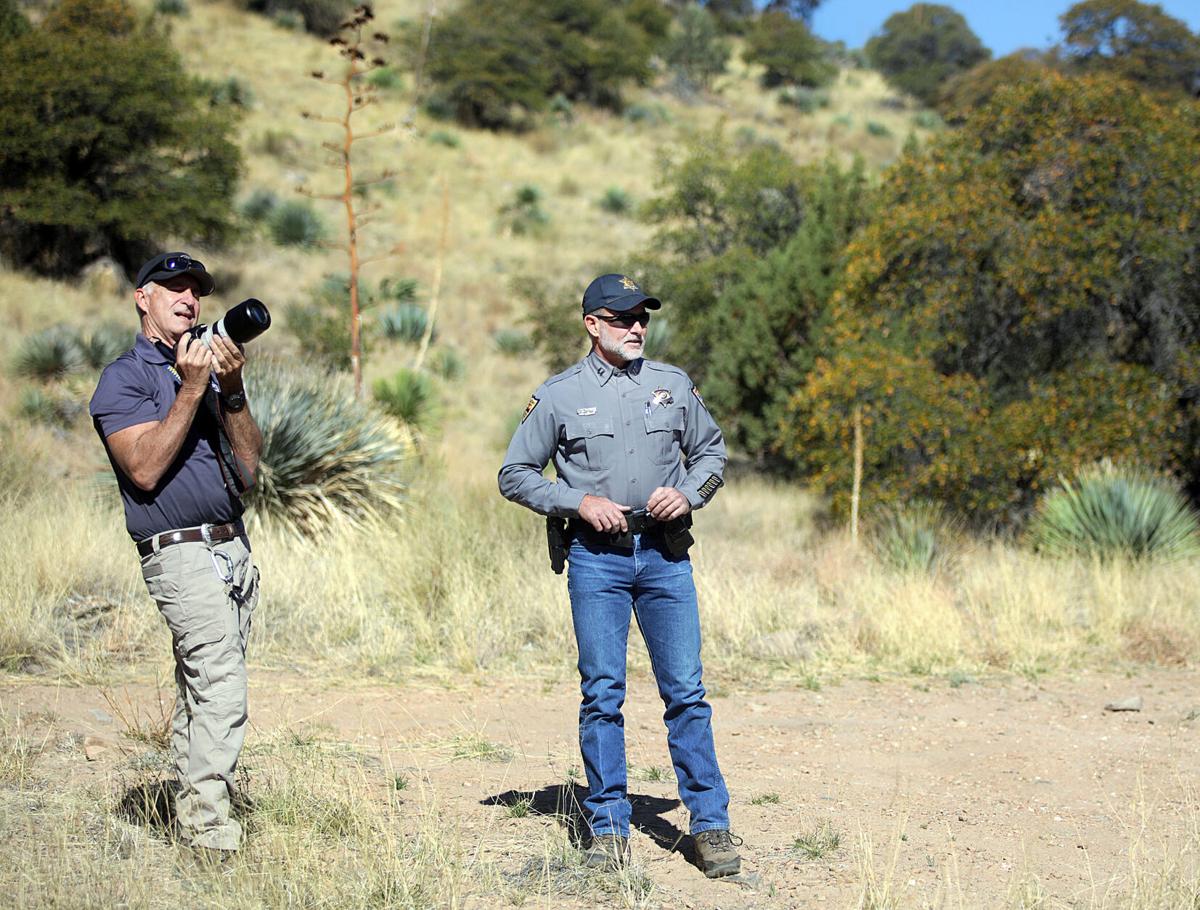 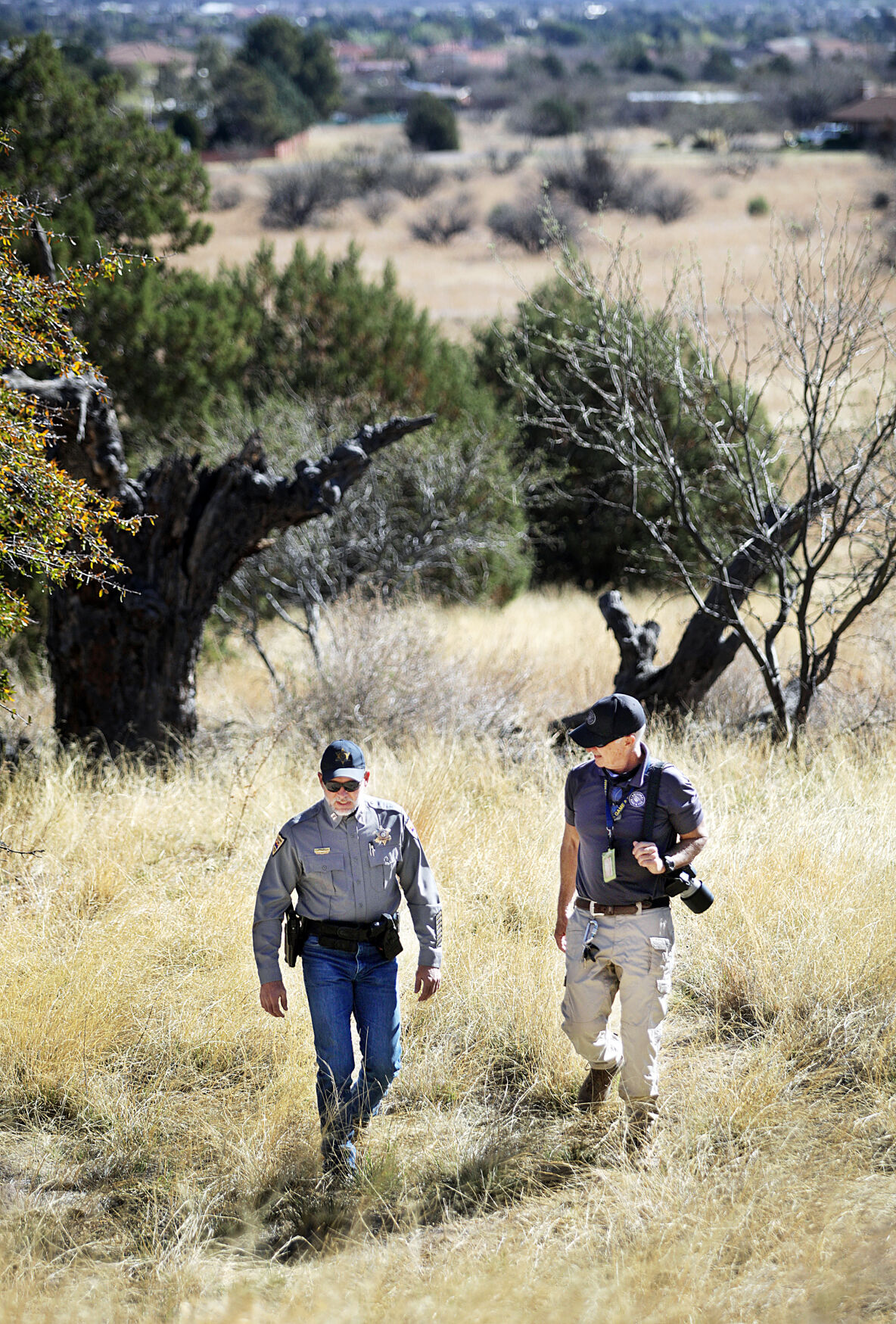 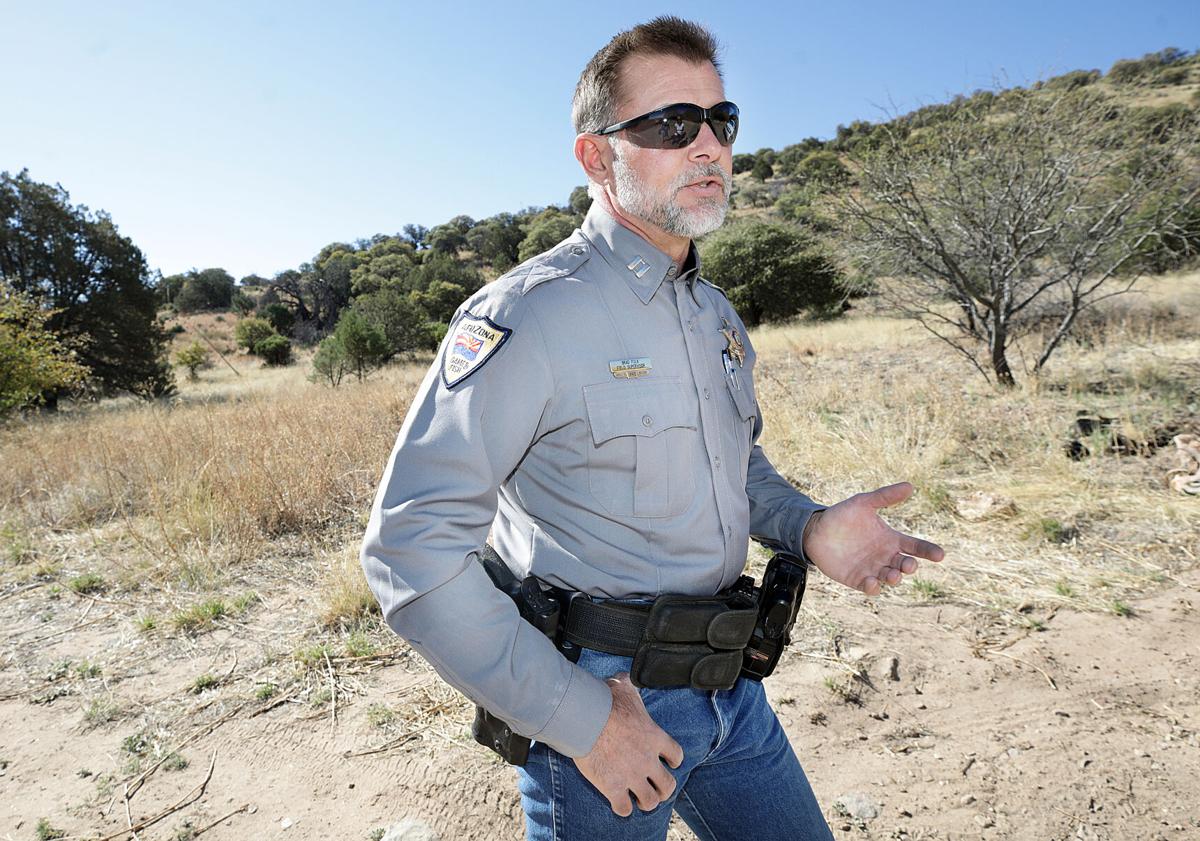 Brad Fulk talks about his role as field officer for the Arizona Game and Fish Department.

Brad Fulk talks about his role as field officer for the Arizona Game and Fish Department.

COCHISE COUNTY — Lack of rain in the last year will soon translate into animals looking for water in backyards over Cochise County, especially over the next three months, Arizona Game and Fish officials said this week.

With nary a monsoon season to speak of in 2020, animals that have been in hibernation — such as black bears — and others such as javelinas and coyotes, are expected to begin making their way into neighborhoods in search of water, their most precious commodity, said Arizona Game and Fish Field Supervisor Brad Fulk.

“We had no monsoons following last spring,” said Fulk, who has been with the agency since 1992. “Our past 12 months have led us into a situation where we’re heading into the driest three months of the year. We’re entering it right now — April, May and June.”

Fulk said the greatest “nuisance animal” of concern for this area is the black bear. The latter has had a good food source this year in the form of acorn crops and they’re plentiful. What’s missing is the rainwater that should have following the spring of 2020, Fulk said.

“I can tell you right now as dry as it is, we’re praying for an early monsoon, but that comes with the consideration of a weak monsoon,” Fulk said. “If it doesn’t get hot and we don’t have that period of heat in June to bring that moisture from the south off the gulf, we can have an early monsoon but a weak monsoon.

Calling water the “most critical component of the desert,” Fulk said the small snow events and the puddles they leave behind as they melt in the mountains will soon dry up, forcing animals to seek water wherever they can get it.

“Animals can survive more without a food source than they can without water,” Fulk said. “Water is going to be the critical factor and that’s going to cause the animals to move to where they can find water. Backyards are usually a good outlet for backup water sources.

“Wildlife is going to become more of a backyard situation every day.”

Fulk and Arizona Game and Fish spokesman Mark Hart strongly advised against leaving food or water out for any wildlife, including deer, because it will only attract animals that residents are not used to seeing near their properties.

Fulk said people who feed and water birds, for example, “should do so responsibly.”

“Clean it up, bring up your water,” Fulk said. “(If you don’t) then you’ll start seeing other species showing up that could be a concern down the road. You’re trying to attract prey animals such as birds, and then you’ll start getting the predator animals, too.

“It won’t be unusual for people to see an increase in sightings of coyotes, javelina and probably bear and sometimes mountain lions.”

Fulk also said people should not be “overly concerned” if they see animals searching for water in their area unless they’re exhibiting unusual behavior.

“Public awareness is the message we’re trying to get across,” Fulk said. “Realize this is an unusual dry period and and you’re going to have unusual situations.”

Hart said many people, worried that animals are going thirsty, put water out for them. Hart and Fulk discourage that because both prey and predator animals will be attracted to it.

“Desert wildlife was here long before us and they’ll be here long after us,” Fulk said. “They are survivors and they’re acclimated to desert dwelling. We’re not saving anything by putting out a little extra water. They have alternative sources.”

Such critters, Fulk said, have learned to adjust their behavior to preserve moisture.

“We have big cycles of drought and we’ve had some good rain events during drought periods,’ Fulk said. “We just want to see good, consistent averages in both winter and summer.”

It could happen this year. The National Weather Service in Phoenix on Thursday said “the odds are slightly favored for above-normal precipitation in June, July and August in much of Arizona.”