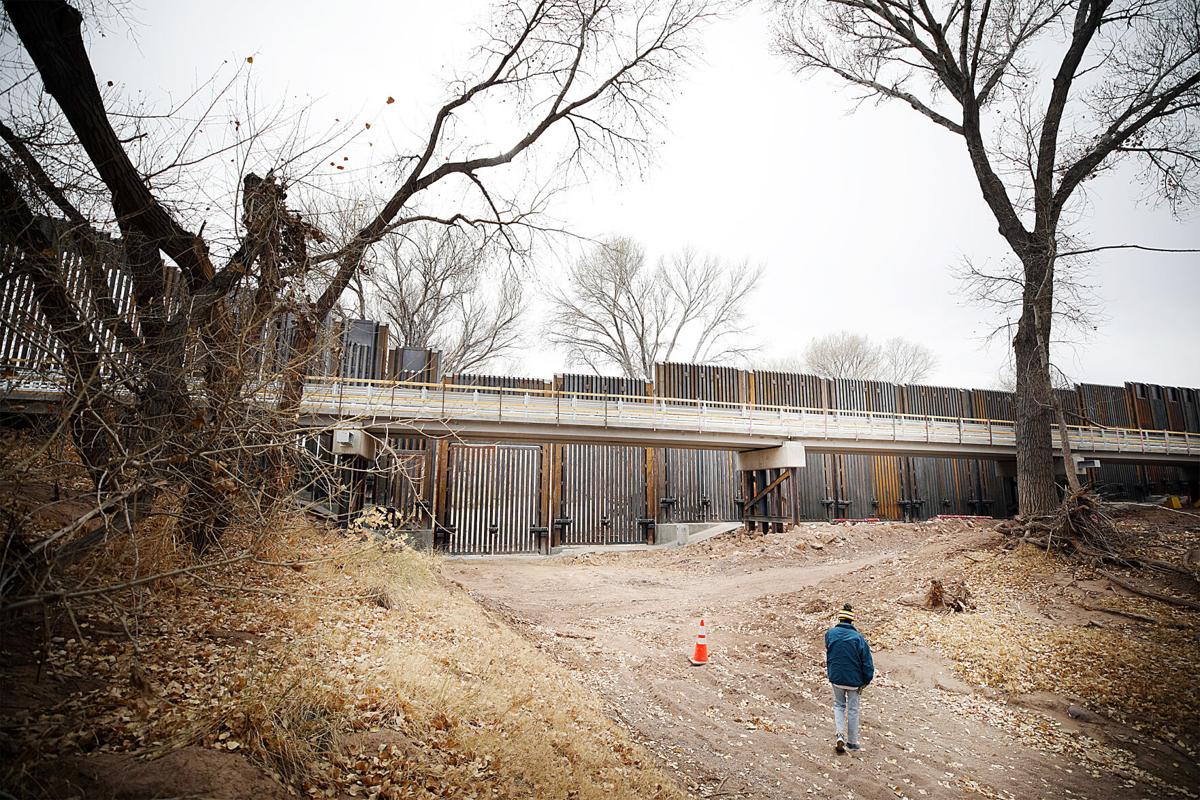 The U.S./Mexico border barrier is seen at the bed of the San Pedro River last week in Hereford. The bridge and flood gates can be viewed amid a few cottonwood trees. 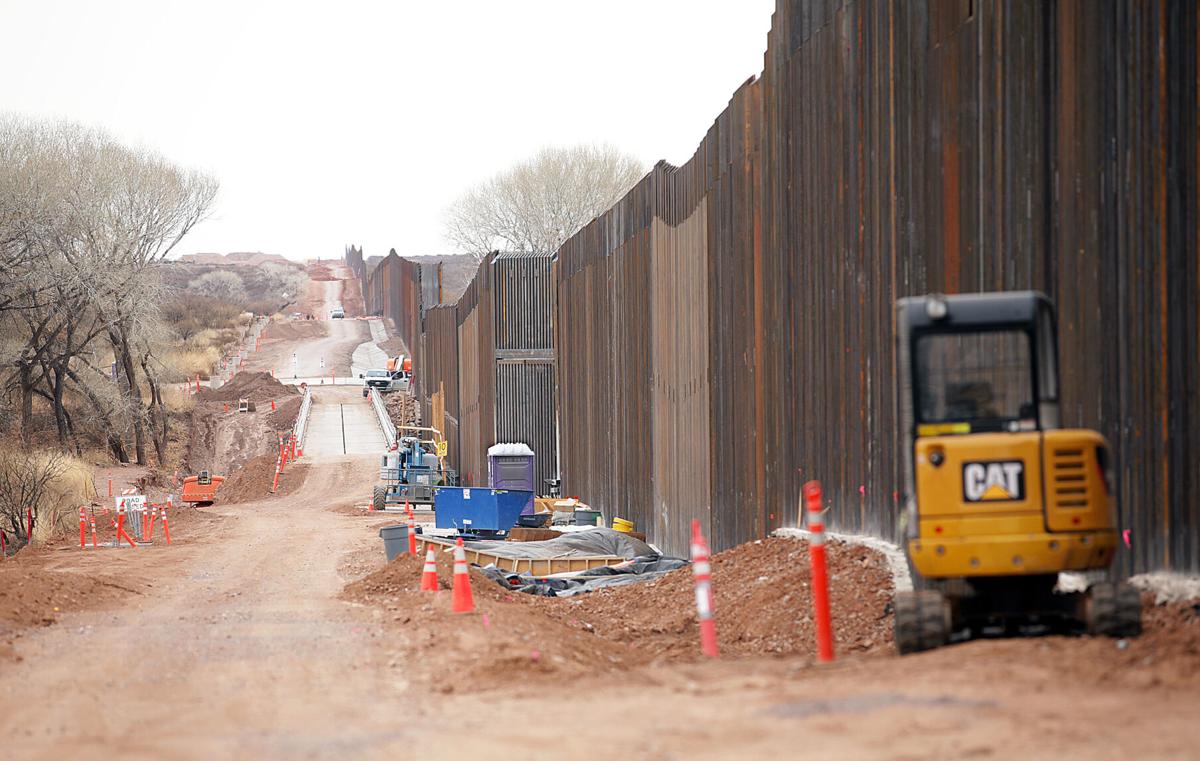 Border wall construction appears to be reaching a conclusion near the San Pedro River in Hereford. 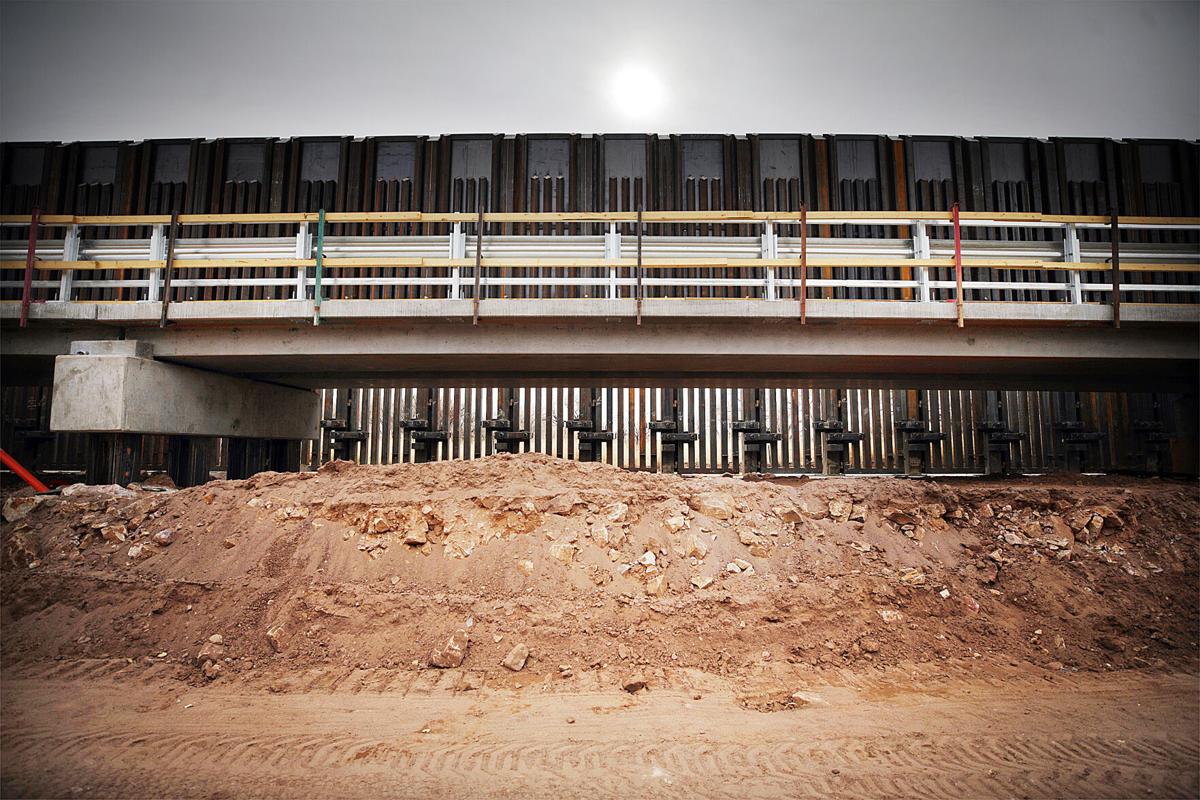 A view of the bridge across the dry San Pedro River bed with the border fence in the background. 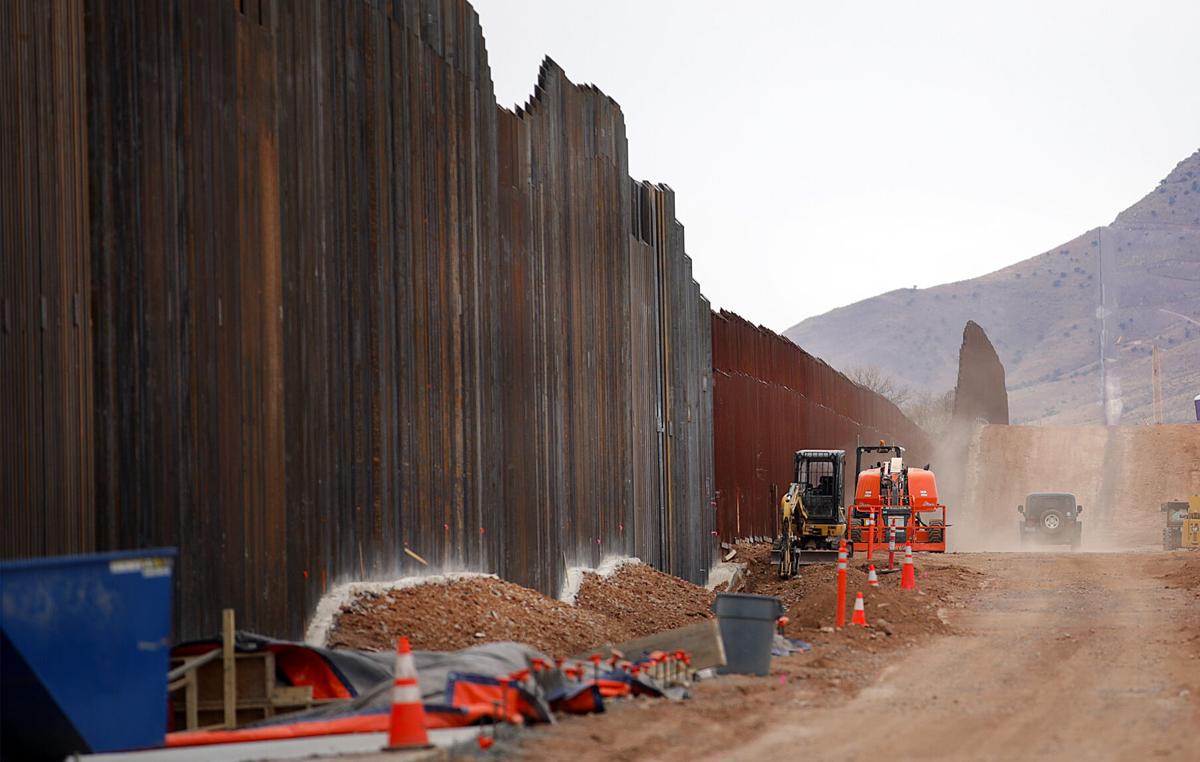 A westerly perspective of the U.S./Mexican border is seen as it climbs into the Huachuca Mountains. 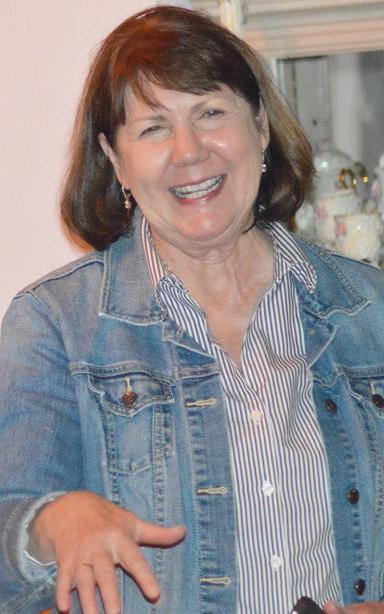 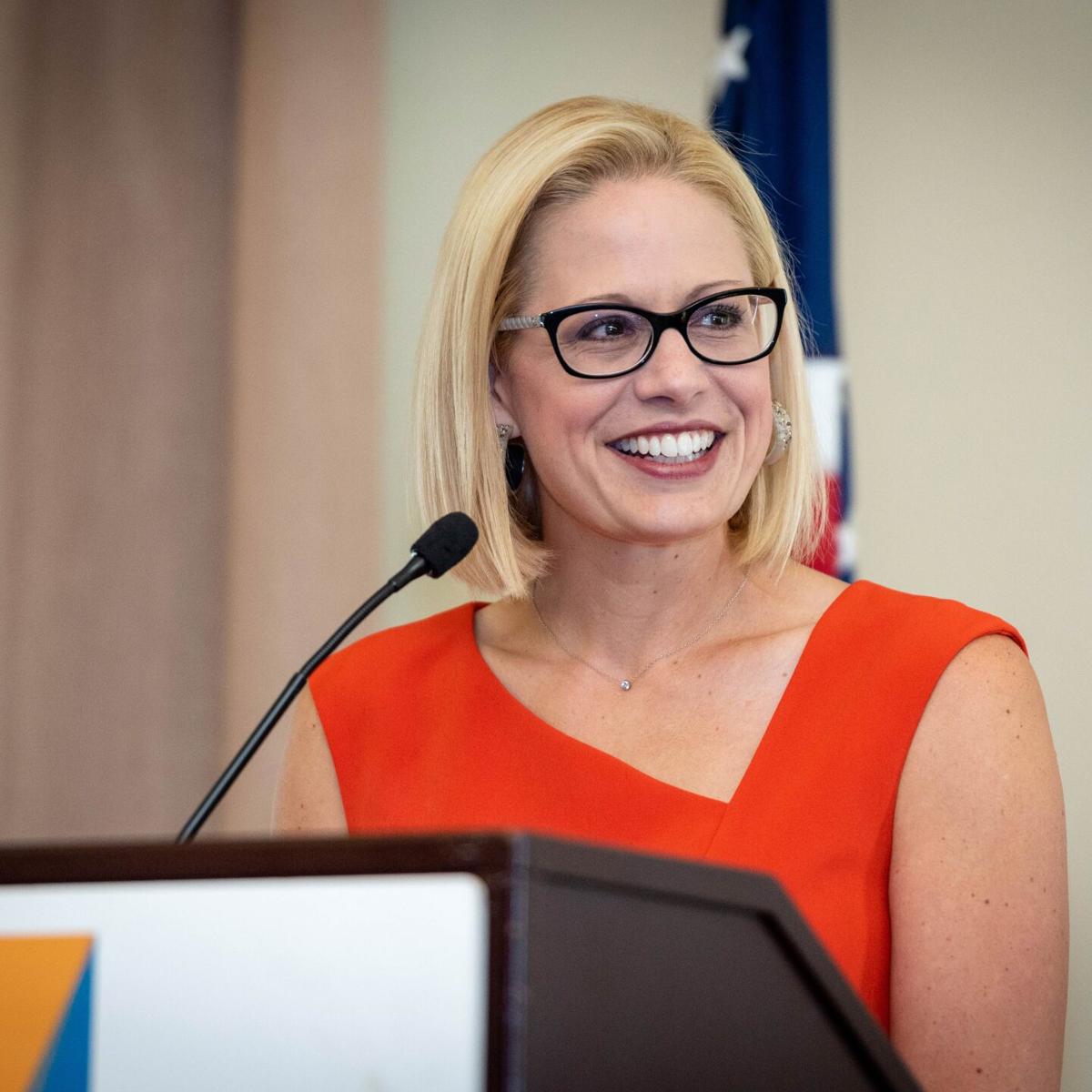 The U.S./Mexico border barrier is seen at the bed of the San Pedro River last week in Hereford. The bridge and flood gates can be viewed amid a few cottonwood trees.

Border wall construction appears to be reaching a conclusion near the San Pedro River in Hereford.

A view of the bridge across the dry San Pedro River bed with the border fence in the background.

A westerly perspective of the U.S./Mexican border is seen as it climbs into the Huachuca Mountains.

BISBEE — Environmental, border community and tribal groups have done everything in their power to stop a 30-foot border wall from going up across Arizona’s rich, diverse, fragile and remote desert ecosystems and have yet to prevail.

In Cochise County, the San Bernardino Wildlife Refuge and the San Pedro Riparian National Conservation Area and their wildlife corridors have been blasted, bulldozed and blocked and vital water supplies diminished for what some call President Donald Trump’s vanity wall.

The SBWR, known for its rare migrating wildlife, and the San Pedro River within the SPRNCA, a world-renowned birding site, have been altered completely by the wall. Massive gates have been installed through washes that the Border Patrol will open during rain events. Mountains have been blasted and roads built through remote, pristine lands in the mountains.

Federal courts have agreed with the premise of a number of lawsuits to stop wall building due to the improper funding channels through the Department of Defense after Congress refused to include the amount Trump was seeking for the construction in the nation’s budget. However, they stopped short and permitted the building to continue.

A lawsuit to stop the wall due to the misappropriation of funds for areas in Cochise County and other southern Arizona borderlands will not go before the U.S. Supreme Court until sometime in January.

The groups remain concerned as the impact of the wall across wildlife migratory routes is realized along with the massive amounts of local water used to make concrete.

In a Dec. 1 letter to the Subcommittee on Homeland Security Appropriations, 75 signatories of diverse environmental and civil rights groups from Hawaii to New England stated: “We write to strongly urge that Congress does not include any funding for construction of more border wall system in the final fiscal year 2021 appropriations.”

Some of the signatories were The Arizona Trail Association, Center for Biological Diversity, Conservation Council for Hawaii, Christian Council of Del Marva, Defenders of Wildlife, Friends of the Sonoran Desert, Southern Poverty Law Center, The National Butterfly Center, The North American Butterfly Association, The Northern Jaguar Project, The Sierra Club, The Southern Border Communities Coalition and The Wilderness Society.

The groups supported a House version that would have provided $75 million to the U.S. Fish and Wildlife Service to begin to address damage by border wall construction on public lands.

However, the House and Senate just approved the $2.3 trillion fiscal year budget which included $1.375 billion, the same amount granted for the past three years, to be made available for the continuation of the wall construction. The Senate voted 91 to 7 and the House 327 to 85 to pass.

The news shocked many after President-elect Joe Biden said he would stop construction. Yet, they are hopeful the Trump Administration will not be able to use the money prior to Biden’s oath of office.

Michael Gregory, a longtime champion for the San Pedro Riparian National Conservation Area, said upon hearing the news, “We can hope it won’t be used. The wall is Trump’s Mount Rushmore. It’s a monument to his ego and all the hate engineered by his administration. It should come down.”

U.S. Rep. Ann Kirkpatrick of Arizona from District 2 said, “We pushed back hard against this funding, and it was one of the last things resolved in our bill. At our insistence, the bill does not include language from prior years requiring that the funding be used for the Border Patrol’s highest priority areas for new border wall construction, which would have significantly tied President–elect Biden’s hands.”

Biden could cancel the construction contracts with little loss of funding since the contracts will have been signed so recently and the federal government has wide discretion to cancel contracts, Kirkpatrick said.

“If this funding is not specifically planned or promised to a specific construction contract by the end of Trump’s term, Biden has a lot of flexibility here not to even touch those funds at all. Or, he can ask Congress to re–allocate those funds to another part of DHS, or get creative with how ‘barrier’ is defined, a term not defined in law. So, the Biden administration will have significant discretion for how the funding could be used.”

Kirkpatrick said, “Like any omnibus, there are some sections of this package that are not perfect, including some of the Department of Homeland Security lines. These negotiations must be bipartisan and bicameral in order for it to be signed and delivered. However, I’m confident President–elect Biden’s administration will have a more thoughtful plan for border projects.

“I believe we should be listening to both security experts and members of the community along the border to come up with a plan that protects our borderlands and is reflective of the respect we have for communities and natural resources along the border. But first and foremost, we need to push this incoming administration to stop these construction projects immediately, and recover as much of the inflicted damage to our environment as possible.”

Sinema also secured a provision in the Fiscal Year 2021 Homeland Security spending bill requiring the Office of Civil Rights and Civil Liberties to conduct an analysis of language-access programs within DHS, helping ensure migrants are treated fairly and humanely.

She said, “Physical barriers, where they make sense, can and should be part of an overall solution to border security, but more is needed. I support additional funding to strengthen our CBP staffing and invest in technology such as drones, cameras, and towers that give us situational control over the border region.”

Sen. Mark Kelly said, “The 21st challenges of border security cannot be solved with the 17th century solution of a wall along every mile of the border. Arizona needs strong, smart border security including barriers where they make sense, and technology and boots on the ground in places where barriers don’t make sense, including landscapes like Guadalupe Canyon. I will work with local stakeholders, Republicans and Democrats in the Congress, and the next administration to secure our border and invest in modernizing our ports of entry.”