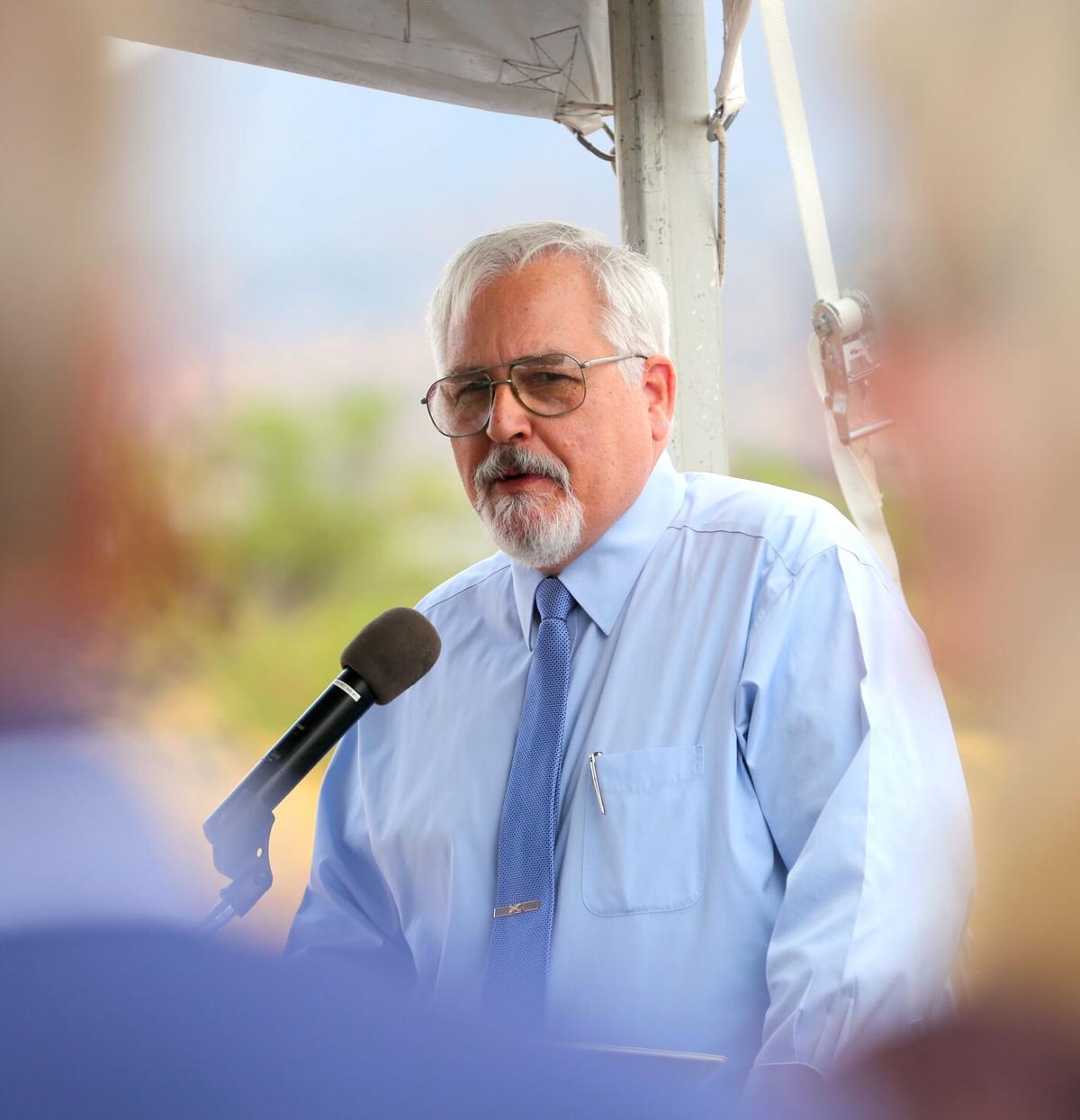 Sierra Vista Mayor Rick Muller speaks to the crowd Monday afternoon before the groundbreaking event for the EPG building on Fort Huachuca. 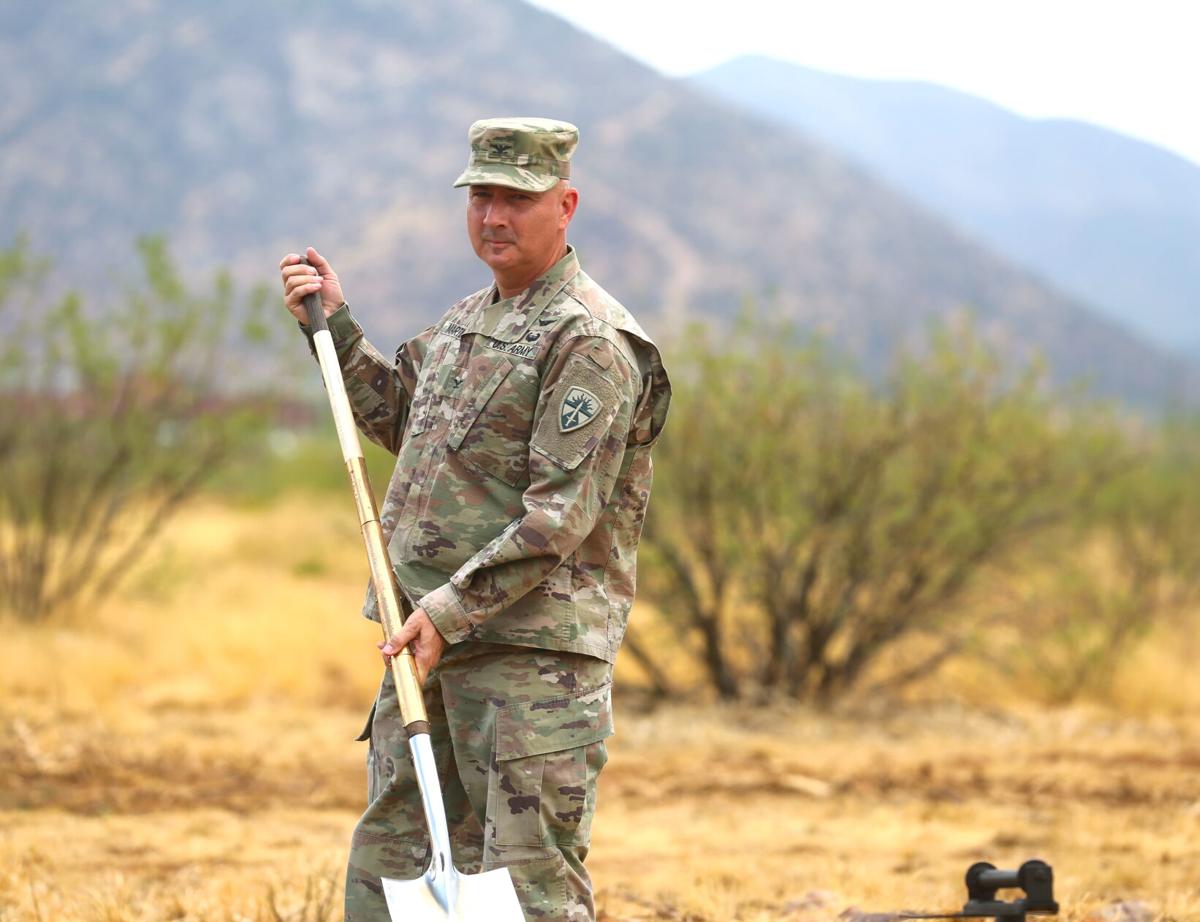 Sierra Vista Mayor Rick Muller speaks to the crowd Monday afternoon before the groundbreaking event for the EPG building on Fort Huachuca.

FORT HUACHUCA — Shovels plunged into the dirt Monday afternoon at a groundbreaking ceremony for a project that had been halted last year by the Trump administration.

The $30 million ground transport equipment building for the U.S. Army Electronic Proving Ground at Fort Huachuca made the list of U.S. Department of Defense construction projects that former President Donald Trump wanted dashed. Funds to build the facility — this happened to several other projects at various military installations across the U.S. and abroad — were instead diverted toward construction of the wall at the U.S.-Mexican border.

But in late April, according to several published reports, the Biden administration said it would “cancel border wall projects that had been funded through the Defense Department and return the funds to the military construction projects from which they were taken.”

Friday, the Pentagon announced that it would “restore $2.2 billion to military construction projects that were stripped by the Trump administration to pay for a wall along the U.S.-Mexico border,” according to an article on NPR.

The ground transport equipment building on Fort Huachuca, once completed, will be a welcomed addition that will replace a Word War II area maintenance facility, outgoing EPG Commander Col. Daniel Martin said at the groundbreaking event.

“It will consolidate and integrate our communications equipment and testing platforms, as well as our vehicle and equipment maintenance,” said Martin, who was replaced Tuesday in a change of command ceremony by Col. Rob Barnhill. “Through EPG’s rigorous testing, the systems of equipment that run through this facility will modernize our capabilities in order to shape our future battlefields.”

Sierra Vista Mayor Rick Mueller, who along with Martin tossed dirt from his shovel at the site where the ground transport equipment building will be erected, said he was pleased to see the military getting what it needs.

“I appreciate as mayor that we have a cooperation and an effort to make sure our military is ready to do what they need to do,” Mueller said.