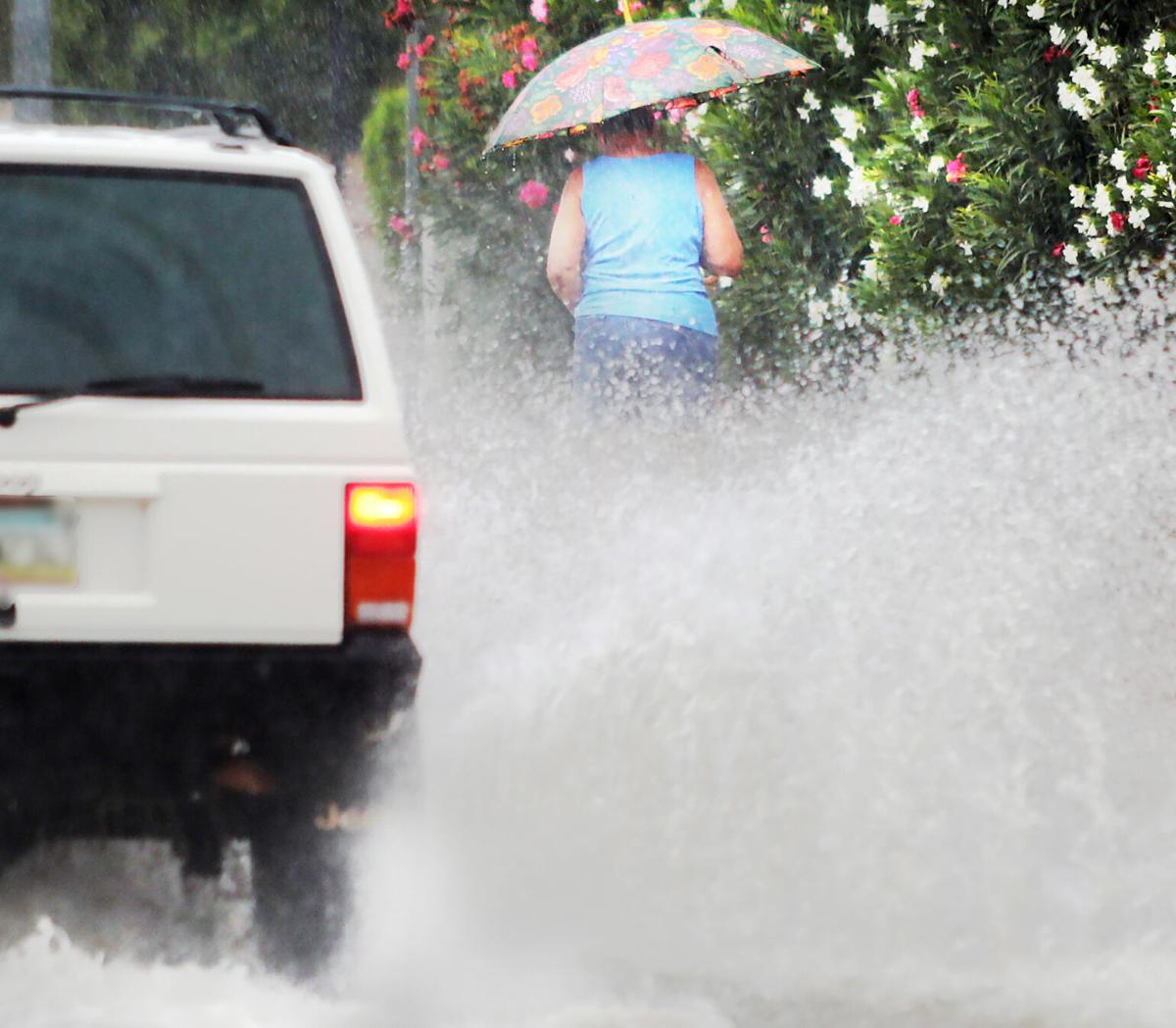 Backed up drainage at the corner of Avenida Escuela and Quail Run Drive provides large puddles for vehicles and pedestrians to navigate through during monsoon rains in Sierra Vista on Friday. Cochise County has already received more rain this year, about a month into the monsoon, as it did for the entire 2020 season. 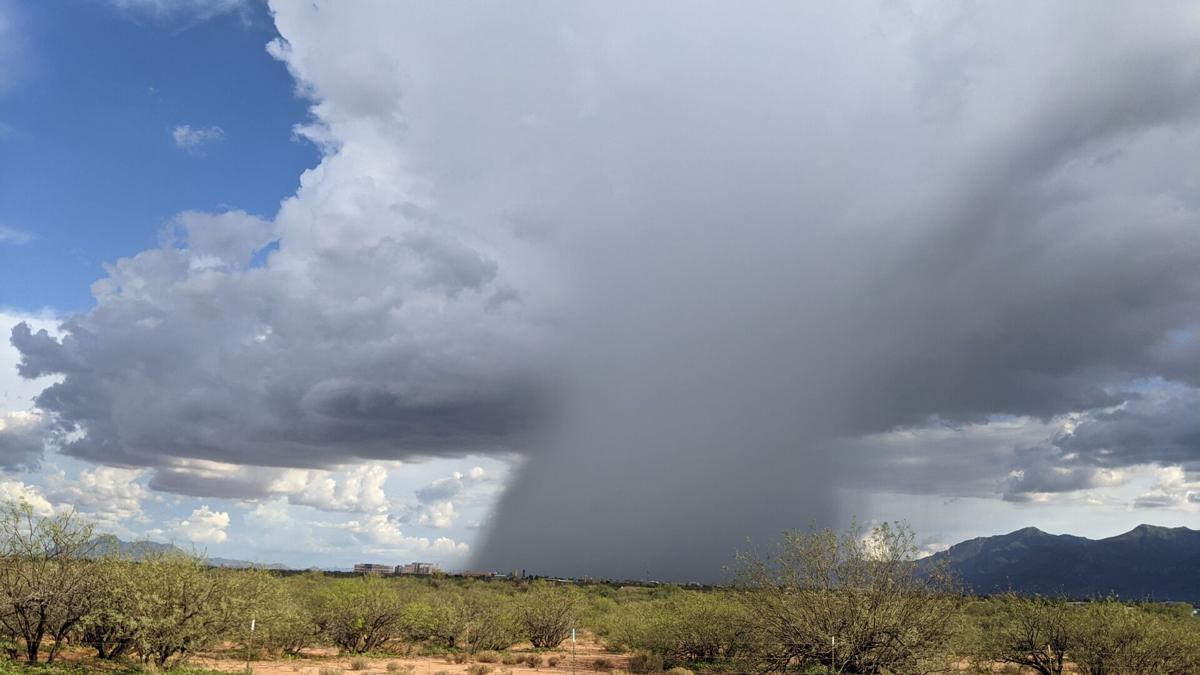 The 2021 monsoon has seen several intense storms over Cochise County.

Backed up drainage at the corner of Avenida Escuela and Quail Run Drive provides large puddles for vehicles and pedestrians to navigate through during monsoon rains in Sierra Vista on Friday. Cochise County has already received more rain this year, about a month into the monsoon, as it did for the entire 2020 season.

The 2021 monsoon has seen several intense storms over Cochise County.

Last year, Sierra Vista received around 3 inches of rain, according the NWS. This year, around 3.67 inches has been recorded since June 15.

“It’s hardly any comparison at all,” said NWS Tucson meteorologist Tom Dang. “Last year was one of the driest monsoons on record, and we’re on a much better track this year in terms of precipitation.”

The Sierra Vista numbers are the only NWS figures available for Cochise County since the Douglas location closed, Dang said. Other measurements taken across the region (see table, Page 3) are unofficial and thus may vary slightly, but the message is clear: there has been much more rain this year.

Even so, a lot more rain is still needed to reverse the current dry spell.

Cochise County continues to be in an exceptional short-term drought, according to a July 13 update to Arizona Department of Water Resources, which is the most intense stage of drought measured by the service.

“We’re off to a good start, obviously, and if we can maintain that then hopefully we can put a dent in our longer term drought conditions,” Howlett said.

While the rain may dampen the drought, it will bring more flooding. Dang said that dry soil, especially soil that has been burned by wildfires, does not absorb water well. The recent wildfires may make the flooding worse this year, he said.

Floods are routine in Arizona, but Dang said it is important to remain vigilant.

“If you see that there’s … flooded water on the road, don’t even risk it and try to go through. Reality is, it doesn’t take very much flowing water to sweep away a person or a car like that, so it’s not worth the risk,” Dang said.

A good rule of thumb for flooding is to get to higher ground, Dang said. He added that, if caught in thunderstorms, people should get inside a structure or a car.

“In terms of lightning, basically there’s no safe place outdoors,” Dang said. “Lightning tends to strike the highest target, obviously, but reality is, it could typically strike anywhere.”

U.S. Route 191 between Cochise and Sunsites and State Route 80 between Benson and St. David have both been closed recently due to another consequence of heavy rain, soil erosion.

According to Howlett, it looks like Cochise County will see more rainfall this week. While conditions may be favorable for a more robust monsoon so far this year, Dang said it is difficult to predict farther than seven days.

“There is some indication that we’re going to have less tropical cyclones during the latter half of the monsoon season,” Howlett said. “When we get into, usually it’s tropical weather that’s going to give us a lot of our rainfall, and if there’s less activity in the Eastern Pacific, then we can tend to get less rainfall.”