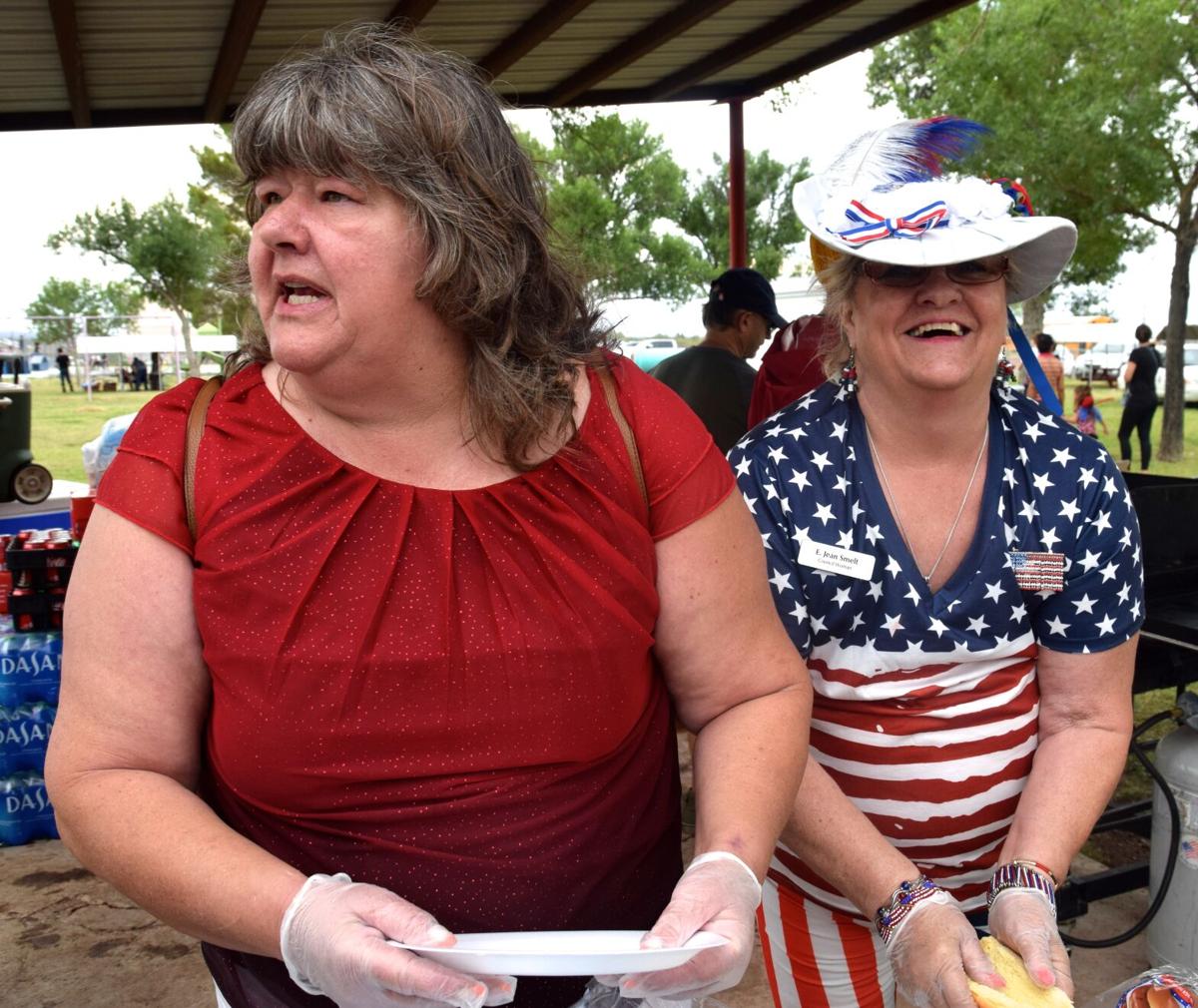 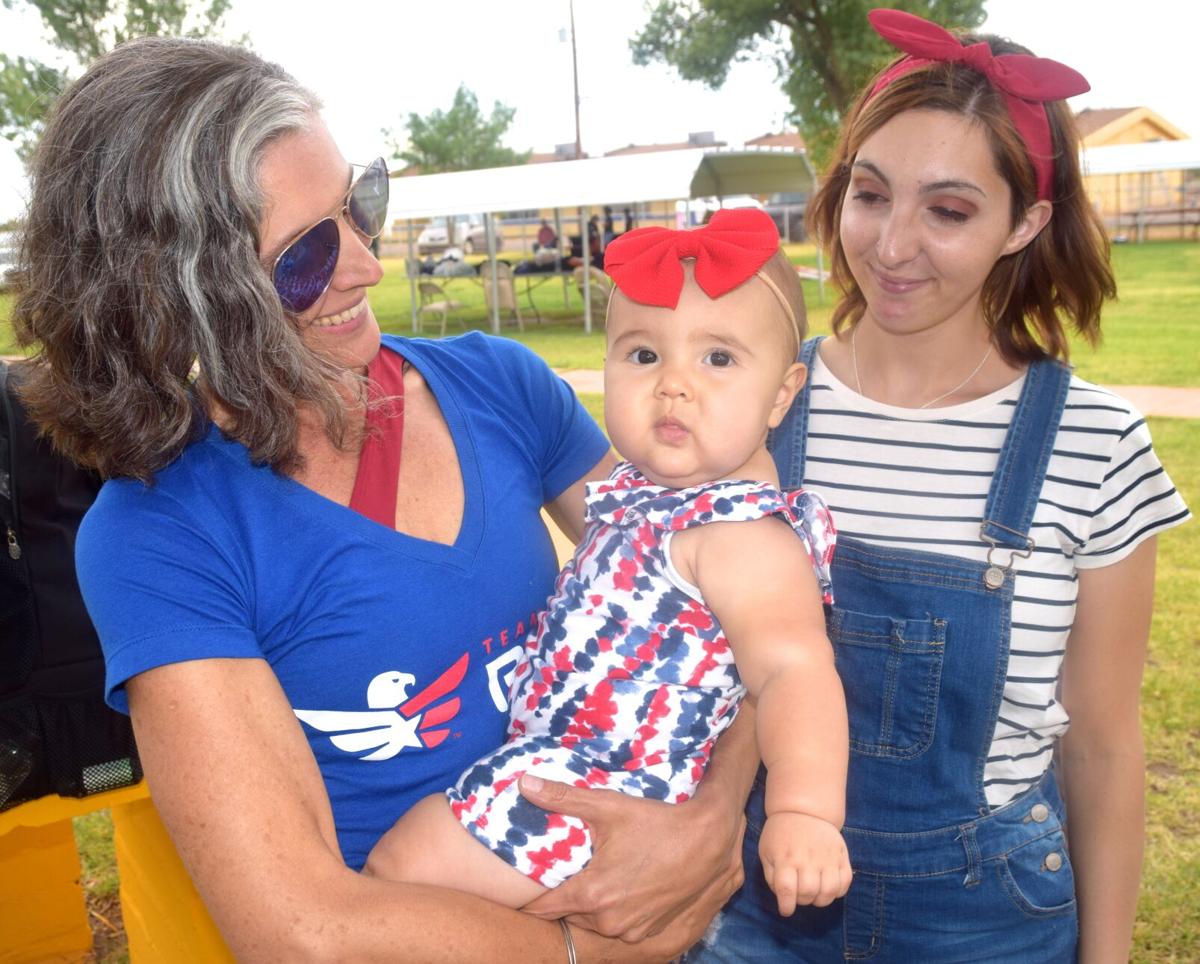 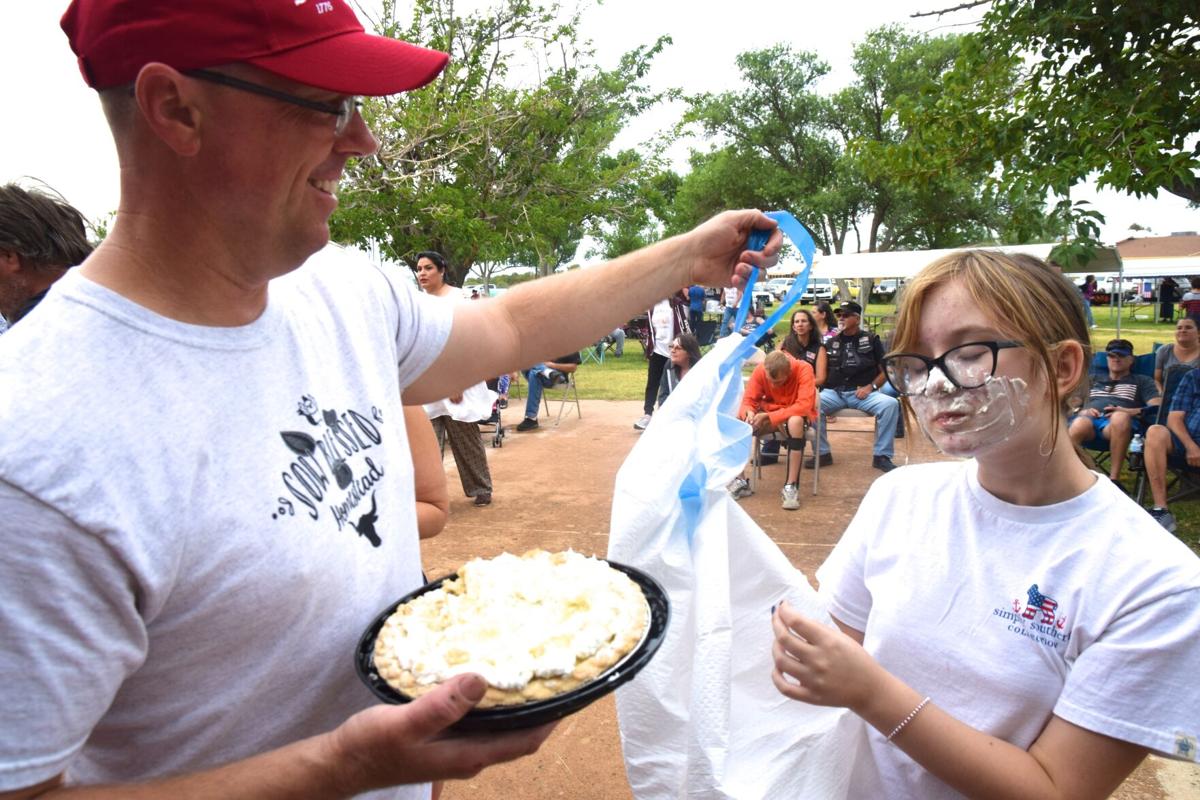 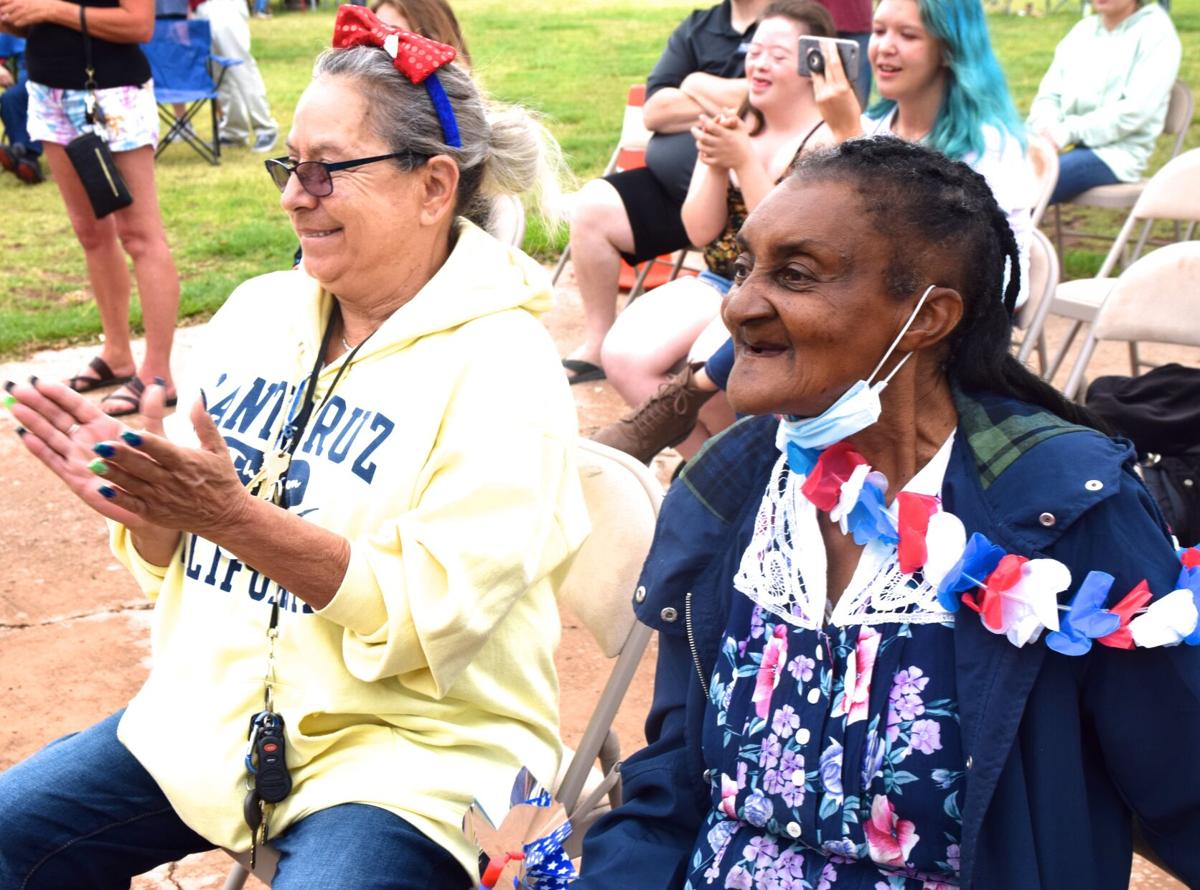 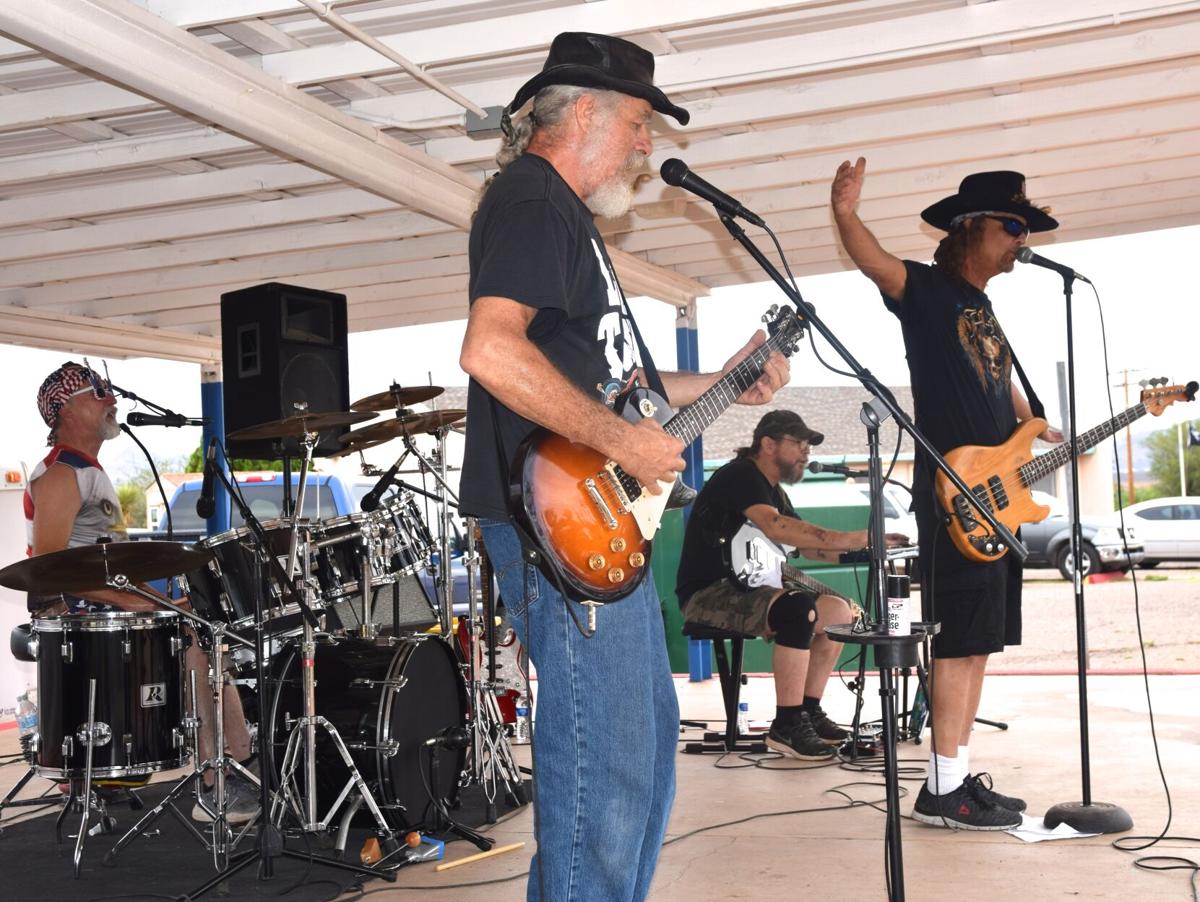 HUACHUCA CITY — Hot dogs, watermelon and apple pie were on the menu Sunday evening in Huachuca City as families gathered at Leffingfield Park for the town’s annual Fourth of July celebration.

Local rock band Restless filled the park with foot tapping classics until fireworks lit up the sky at 8 p.m.

The community was treated to grilled hot dogs with all the fixin’s, topped off with homemade cherry, apple or blueberry pie created by town councilwoman Jean Smelt.

Cake walks, kids’ games and an assortment of vendors created a carnival-like atmosphere for families.

“We have a nice-sized crowd here tonight,” said town manager Suzanne Harvey. “The way it was raining earlier, I wasn’t sure what to expect. It’s nice to see the way the town has come out for this.”

Festivities started around 5 p.m. with the presentation of colors by the Tombstone High School JROTC color guard, followed by Whitney Gilchriest singing the national anthem.

“I perform the national anthem for a lot of venues in the area, but this my first event since COVID,” Gilchriest said. “It’s great to be out in the community performing again.”

While helping his daughter, Liberty, get cleaned up after her second-place finish in the pie eating contest, Gerald Jernigan praised Huachuca City staff and council members for the “home-town celebration.”

“I think it’s awesome that a small town like this organizes events for families and gets the kind of support that you see here tonight,” he said. “Everyone is enjoying the music and having a good time.”

Folks of all ages enjoyed old rock selections by Restless.

“I love the music,” Annie Mae Haynes said with a smile. “It reminds me of my younger years back in the ‘70s. They’re a really good band.”

“Kudos to Huachuca City for a spectacular fireworks display,” said Whetstone resident Kara Harris. “My husband and I watched the show with our 10-year-old daughter in the back of our pickup truck and they did a fantastic job. We look forward to watching Huachuca City’s display again next year.”