A homeless camp in one of the open areas within Sierra Vista.

A wash within Sierra Vista where a homeless camp was found.

A wash in Sierra Vista with remnants of a homeless camp. 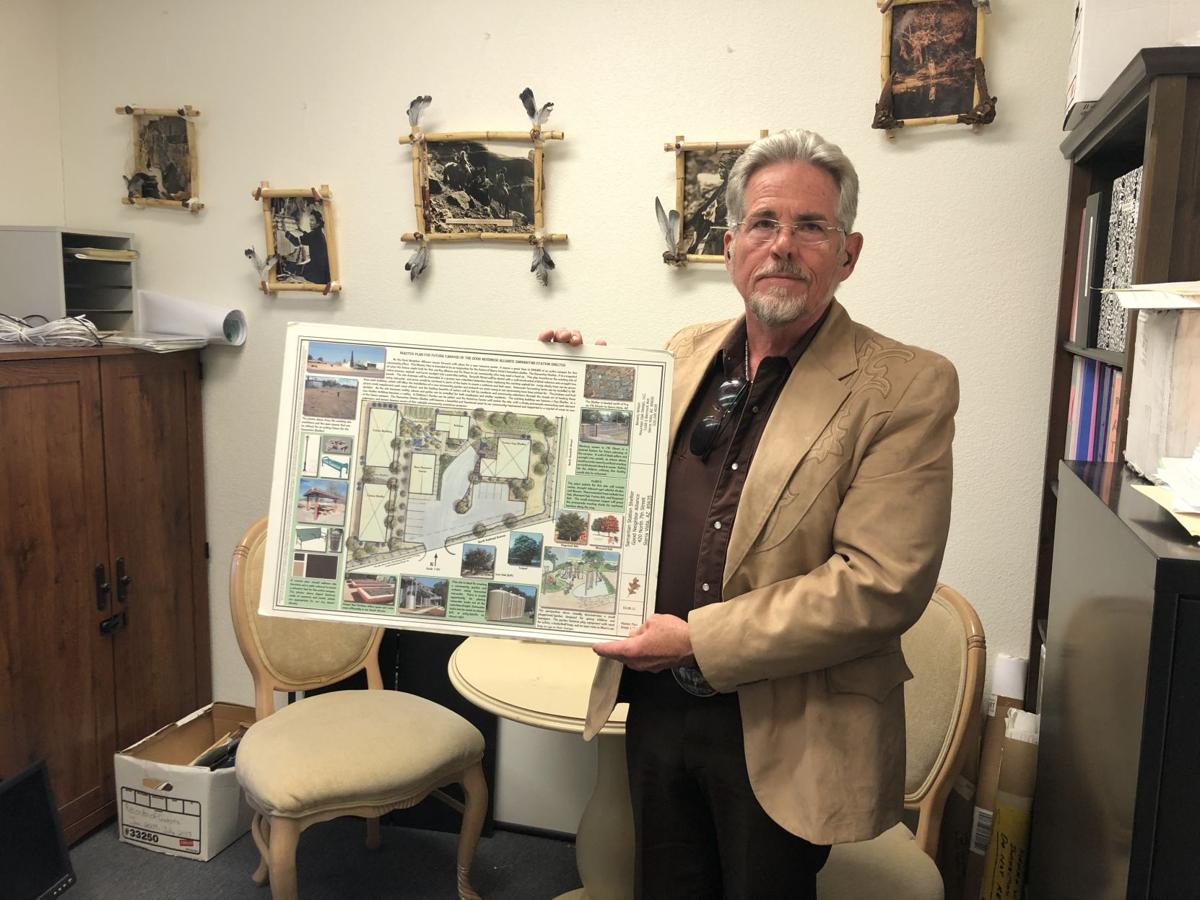 Good Neighbor Alliance director Larry Singer holds a chart Tuesday morning with some of the improvements planned for the organization's facility.

A homeless camp in one of the open areas within Sierra Vista.

A wash within Sierra Vista where a homeless camp was found.

A wash in Sierra Vista with remnants of a homeless camp.

Good Neighbor Alliance director Larry Singer holds a chart Tuesday morning with some of the improvements planned for the organization's facility.

SIERRA VISTA — The homeless population in Cochise County has decreased, officials said Tuesday, with fewer camps in the washes and open areas that are hidden from the population’s view.

Preliminary numbers from the annual three-day count taken in the county also revealed that those who live in these camps, or in their cars, or inside an abandoned structure, may be getting younger overall, said Larry Singer, director of Good Neighbor Alliance.

“This is just an observation,” Singer added. “But we saw very young people who have had domestic violence issues, or parents who didn’t want to deal with their addiction issues. We have people who ended up in jail and came out and have nowhere to go.”

They also found people who have been homeless since they were teenagers, are now in their 60s and have no interest in living in a traditional residence, Singer said.

Counting the homeless, Singer said, is always an “eye-opening experience.”

“People are aware of homelessness, but most people really don’t have a true understanding of homelessness until you walk 80 meters off Fry Boulevard and find a homeless camp,” Singer said. “It’s everything from living in a car, to living in a tent, to digging themselves into a wash and building a structure over their head, to living in an abandoned building.”

“Everybody is just trying to find their own way,” Singer said.

The count, done between Jan. 22 and Jan. 24, preliminarily shows that there are currently 72 homeless people in Cochise County. That’s 37 less people than in 2019. Of those 72 people, 40 are homeless in Sierra Vista, Singer said.

“Homeless folks, for the most part, migrate to areas where they can have services, infrastructure, and a population that supports panhandling,” Singer said.

Singer pointed out one caveat. He and his crew found some empty camps that looked as if they were lived in. If no one was around when the count was done, they were not included in the tally.

“Sometimes people learn that we’re doing the count and they disappear,” Singer said.

Two days before the count was done, Vannoy was flown over the city in a county helicopter so that she could find homeless camps, said Sierra Vista Community Development Director Matt McLachlan.

“The camps are all over the place, mostly within a four-mile radius of Walmart,” Vannoy said. “There are tons and tons of garbage. One camp usually has between two and five people living in it.”

Vannoy said she believes the decrease in the homeless population could be owed to the city’s efforts to identify the camps and clear them out, as well as a collaboration between the city and Good Neighbor Alliance.

Additionally, private property owners are paying more attention to vacant parcels and they’re working with city officials to allow them to trespass intruders.

Cleanups done on many of the properties after homeless camps have been cleared away have cost thousands of dollars, Vannoy said.

Singer said he is working with Sierra Vista Police to launch a program locally that mirrors one in Flagstaff called Better Bucks.

It involves the donation of money to participating businesses for food or grocery vouchers for the homeless. The vouchers cannot be used for drugs or alcohol.

Good Neighbor Alliance is also working with Sierra Vista’s Community Development Department under McLachlan to possibly earmark some buildings or properties that could be used to provide more shelter space.

“The city has a vested interest to get the homeless off the street, as we all do,” Singer said. “It’s a group effort to make sure we have adequate space, resources and property, to house folks. There’s not enough housing to go around.”