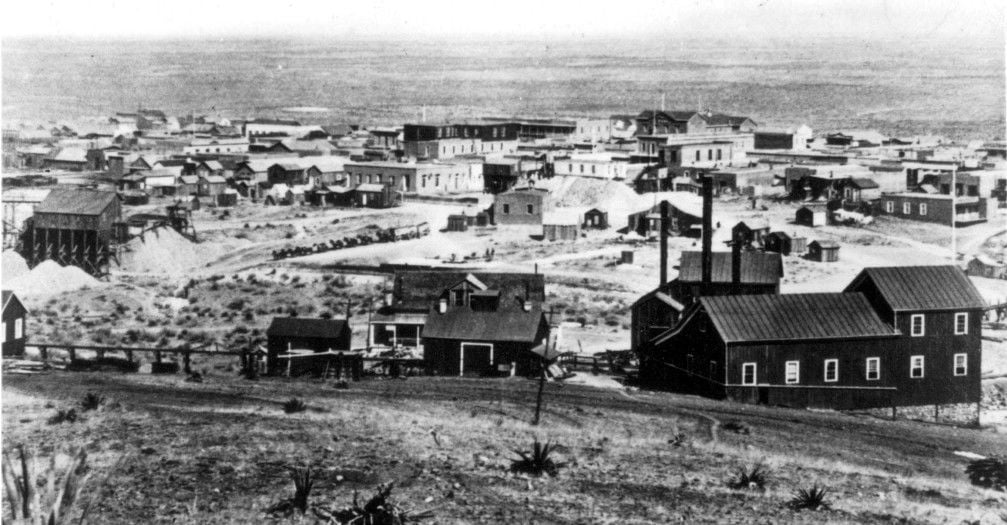 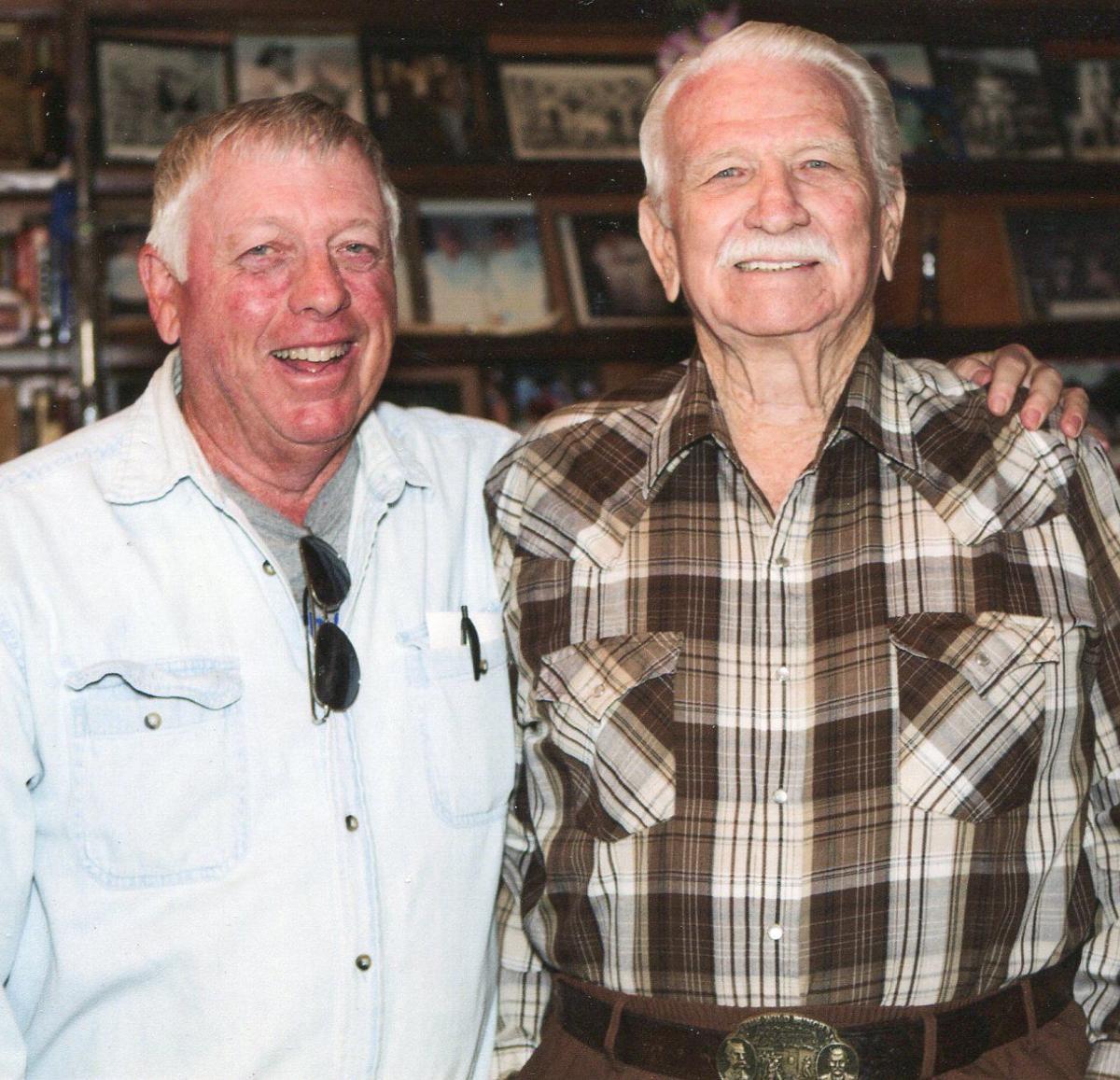 Tombstone historian Ben Traywick, at right, with the author in Tombstone. 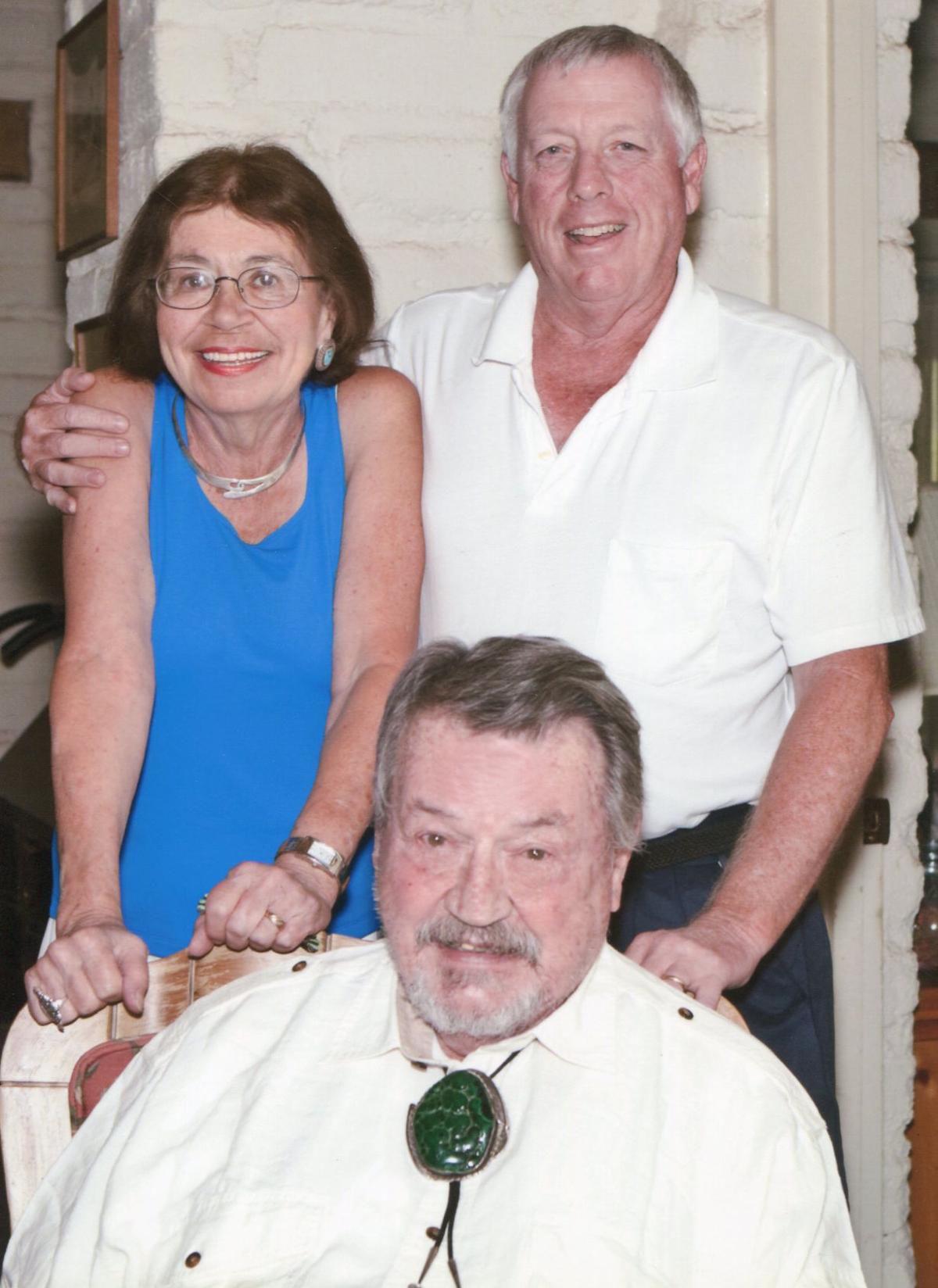 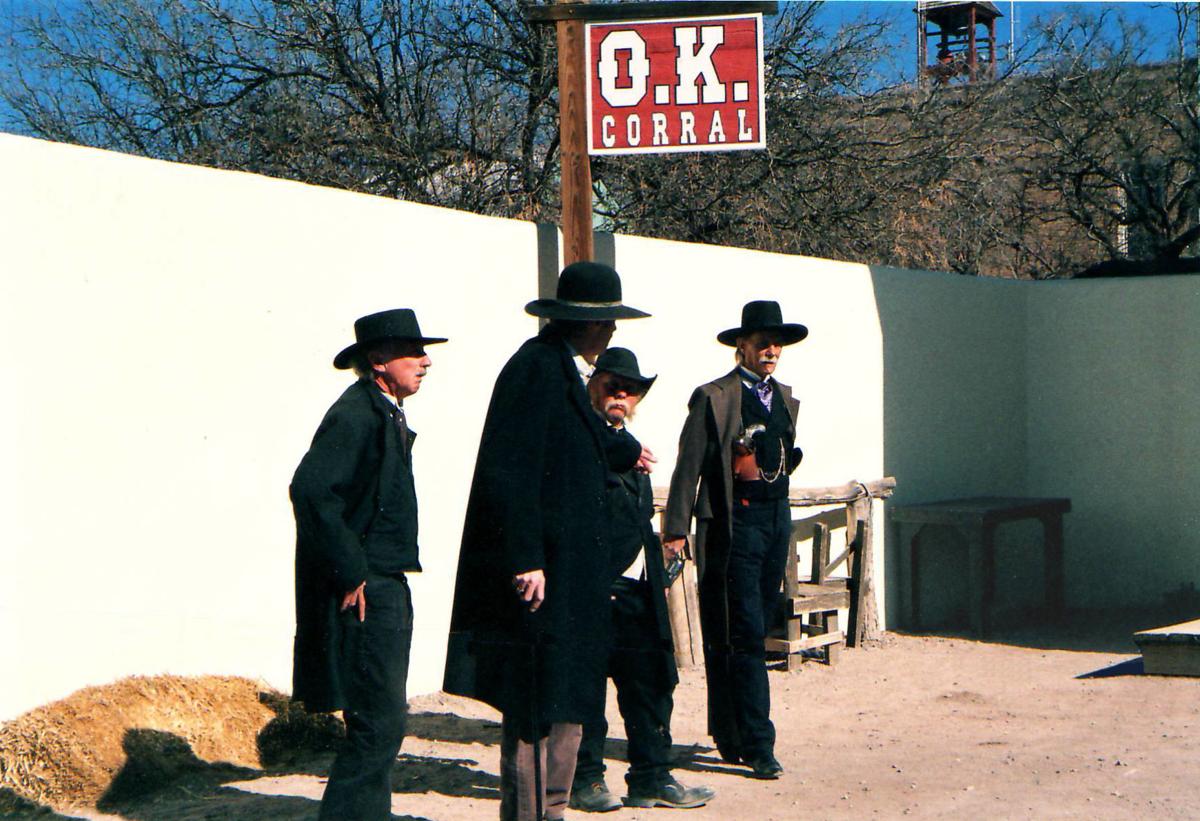 Reenactors at the OK Corral. 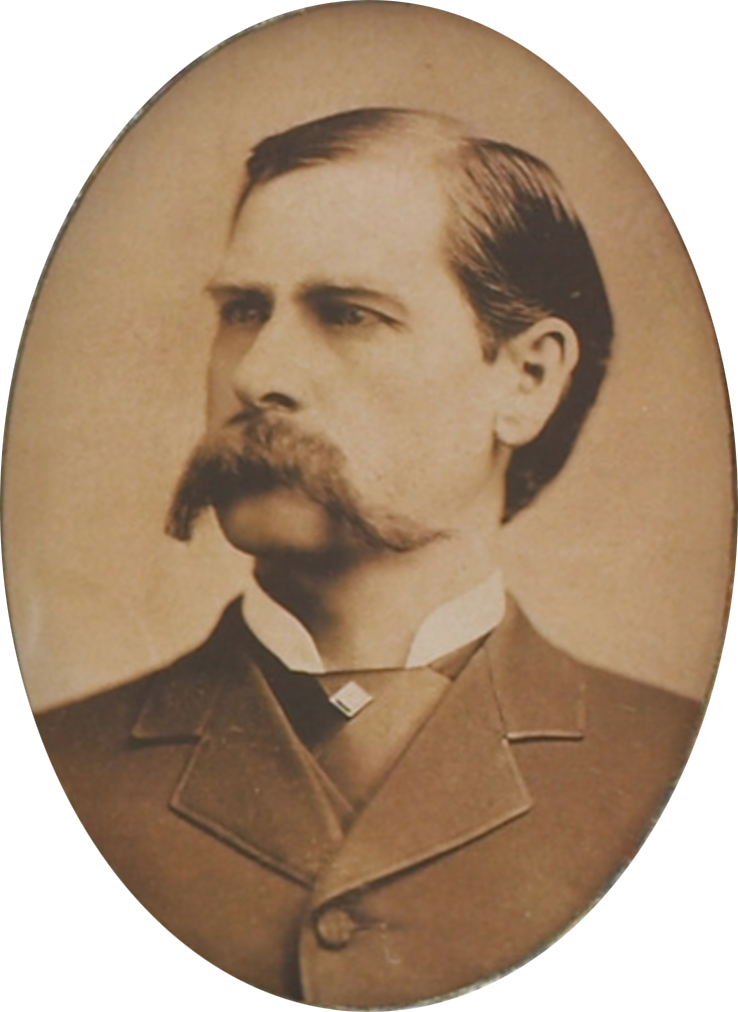 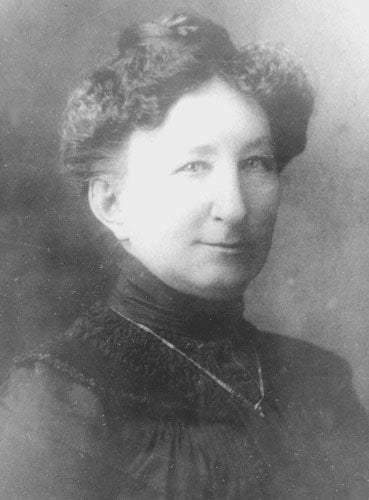 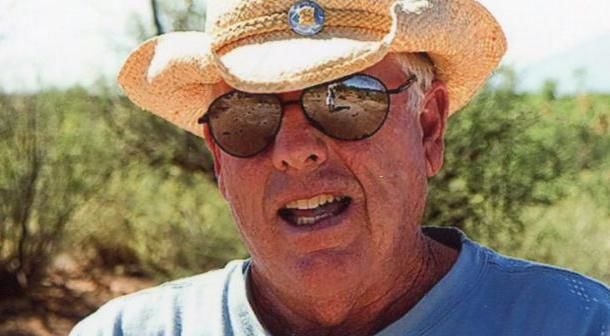 Tombstone historian Ben Traywick, at right, with the author in Tombstone.

Reenactors at the OK Corral.

OK, this is it. For more than 15 years there have been queries: “When is your book coming out?”

The answer is always the same: “Never, too lazy to write a book.” Besides, there have been a plethora of Wyatt Earp books since 1926; (some really good, most that are poorly researched.) An easy out.

Frankly, I was more interested in the true story, a quest embarked on decades ago. Why?

My paternal grandmother (1874-1970) was an Oklahoma/Kansas/Nebraska orphan who defied Horace Greeley and went east. Eula passed on many stories, some questionable of course, but all highly entertaining, and I bought into it all. Who would question a woman who remembers Jesse James and saw a moon walk? The die was cast.

An off-and-on-again commitment was in play for decades. Landing in the Big Apple after college presented an opportunity. NYC had many museums and libraries where time was spent taking advantage of the historical material. Also, I spent some working time at these places. Apologies to employers but, hey, you gotta eat lunch somewhere. The hook was set.

My daughter’s regional choice was my wife’s Achilles heel, also the relocation was bolstered by the onslaught of North Carolina hurricanes. (Don’t ever believe the B.S. about Florida being the object of affection of whatever storm approaches the coast, it is ALWAYS the Carolinas!)

In 2002 we ventured into Arizona and found the necessary ingredients. That would be golf for Alice, and proximity to Tombstone.

In the thick of things

Good fortune allowed me to hook up with sources to draw from. Ben Traywick was still Tombstone’s historian. I communicated with Ben for 20 years before meeting him. He introduced me to the late Glenn Boyer. Many other researcher/authors followed.

Over time, I have presented many talks about the Earps and Tombstone. Extensive travel has enhanced the overall experience. There are probably no locations relative to the OK fight and Tombstone that have not been visited. The Curly Bill death site in the Whetstone Mountains, the McLaury and Clanton ranches, John Ringo’s grave, ghost towns of Contention, Charleston, Millville, Galeyville and Fairbank, the Chandler milk house are among hundreds of sites sought out.

Many friendships were made. Some stand out. Attorney Bob Palmquist has been a helpful friend for years. George Laughead, docent nonpareil in Dodge City, offered special insight. A lady in Albany, Texas was a great help. She helped in the discovery of the Doc Holliday arrest records and, in the ensuing research, entries were found concerning Curly Bill and Big Nose Kate (Holliday’s friend).

Other trips uncovered “Mattie” Blaylock’s grave in Pinal, AZ, and the demise site of Ike Clanton in northeast Arizona.

So many excursions with like-minded colleagues.

There were some perilous encounters along the trail. In the Chiricahua Mountains, I encountered a drug running team, replete with automatic weapons. Given I was armed, they chose to move on. Close call.

In Lamar, Missouri, stomping around the Howell Cemetery in search of Wyatt Earp’s first wife’s (Urilla’s) grave, I was bit. Turned out, according to a Kansas City ER doctor, it was the work of a brown recluse. The hand morphed into the size of a catcher’s mitt before it subsided.

Then there was the lowering by rope into the Brunckow mine south of Tombstone. Not a good idea.

Thousand of hours with folks who had something to add to the Earp/Tombstone story. Without a doubt, the late Glenn Boyer, Earp researcher exemplary, was the most influential. He was the most of everything. Most charismatic, most brightest, most accomplished, most controversial, most outlandish, most confronting, most informed, and most maligned.

Lt. Col. (USAF ret.) Boyer was a classic one-of-a-kind. Ben Traywick introduced us (and that is, in and by itself, a classic story).

While truth seeking, a friend was made whom I consider the most proficient Earp researcher ever. Never mind what he wrote, his tenacity, files and contacts dwarf all else in this field. Period.

Given all this, what will follow for the next few weeks is a three-part story of the historic shootout that defined the Old West.

So, strap on Sam Colt’s .45 and tug your Stetson over your eyes and, at a quick step, start north to Fremont Street where history awaits at the Gunfight at the OK Corral.

Scott Dyke is a Wyatt Earp historian, Western lecturer and researcher, and a member of the Western Writers of America. He can be reached at scottdyke65@gmail.com