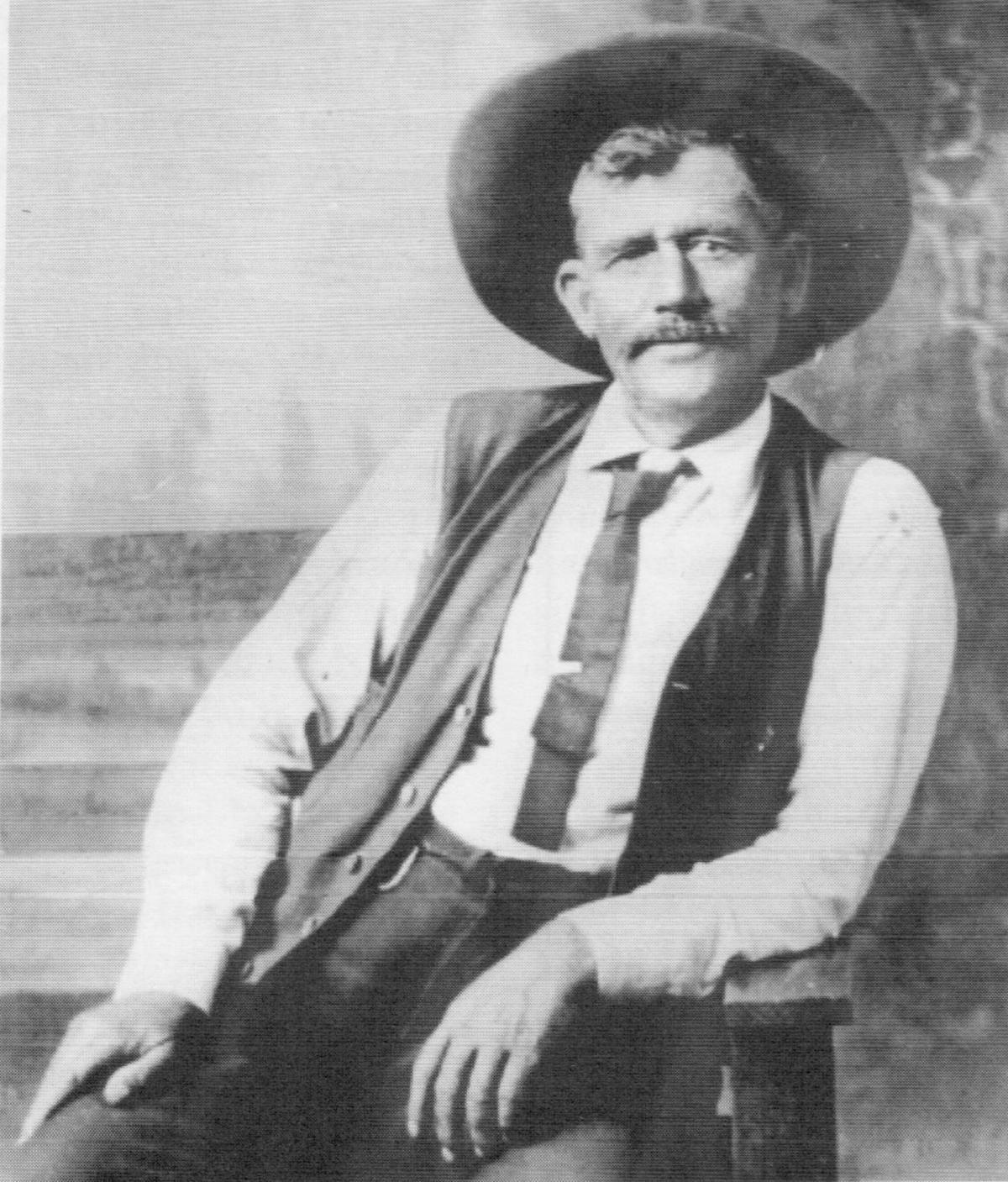 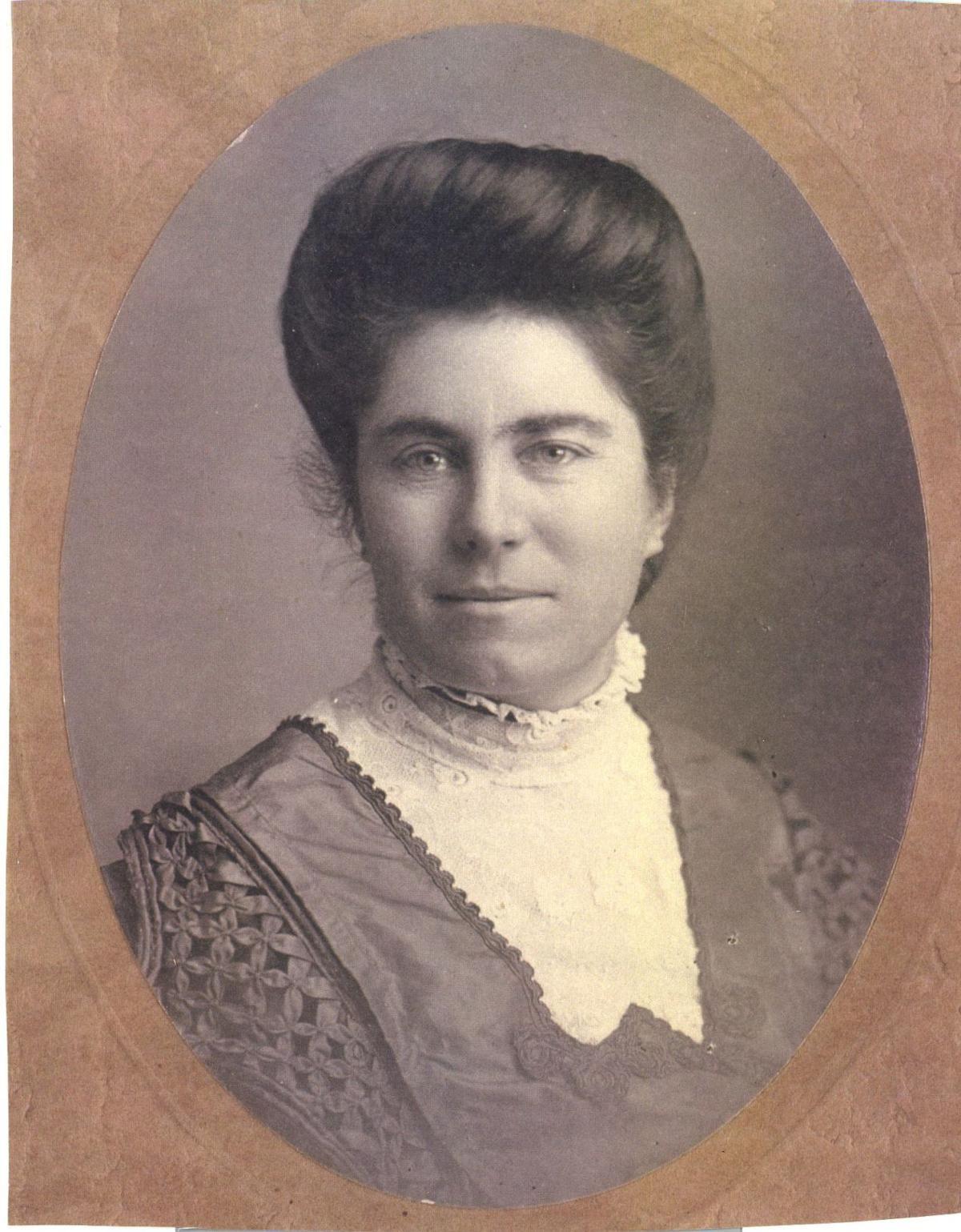 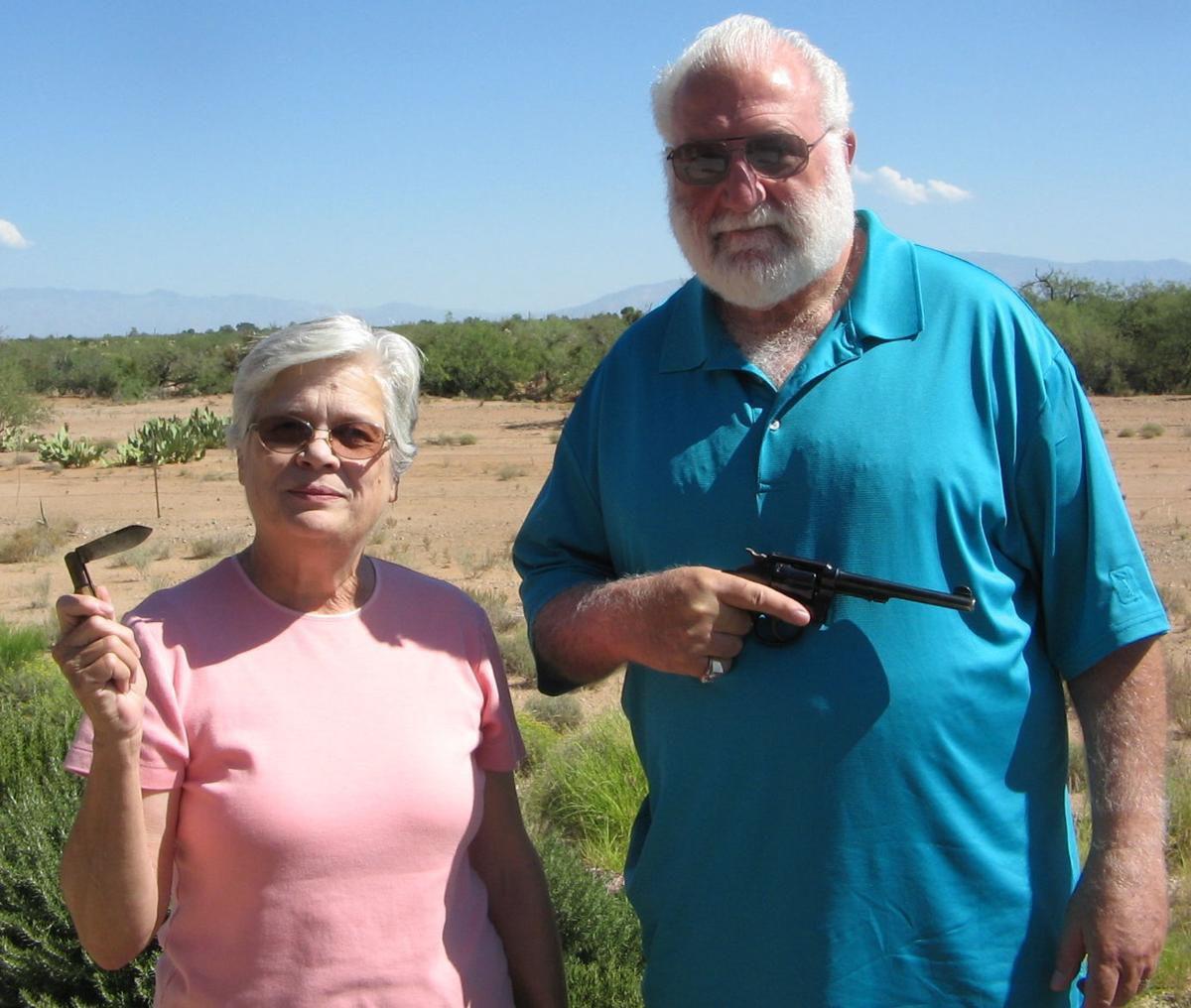 Iris Loushin with Tom Turner’s pocket knife and her husband, Jim, with his great-grandfather’s .38 Smith & Wesson. 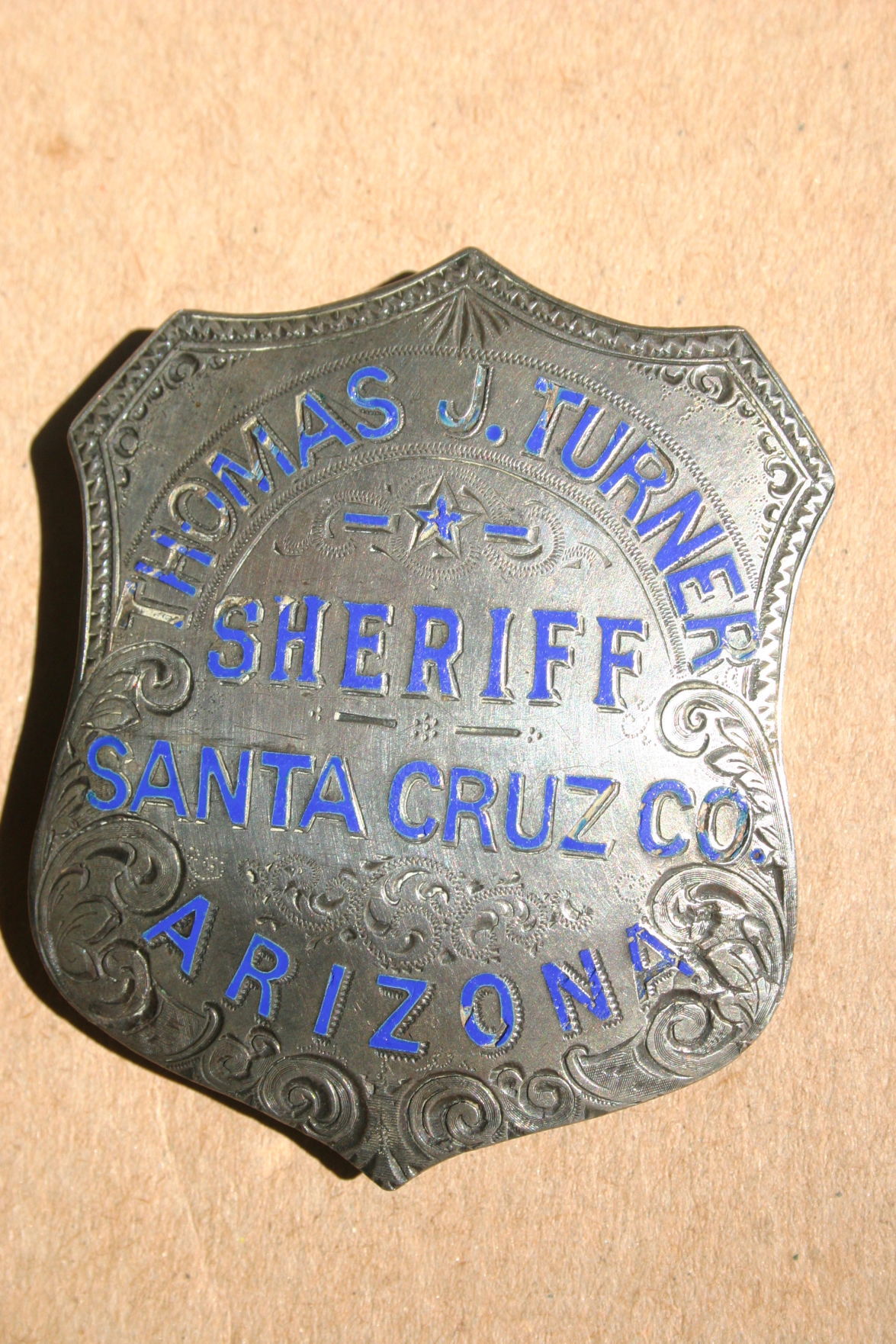 Iris Loushin with Tom Turner’s pocket knife and her husband, Jim, with his great-grandfather’s .38 Smith & Wesson.

Southern Arizona has had more than its share of notable lawmen. The Earps, Bob Paul, John Slaughter, and the Arizona Rangers come to mind. One got overlooked. Tom Turner was, in no small way, their equal.

Last year, a great-grandson of Turner contacted me. Could we sit down for a chat? He had things to show, but it would have to be the next year when he got settled. Fine. Well, last week he made another call, and soon I headed to the foothills of the Santa Ritas.

Jim and Iris Loushin sent the invite. Jim had a lot to say about Tom Turner; and he was surprised I had a file on his famous relative. Jim proved to be a pretty interesting fellow as well, but we’ll get to that later.

Turner was born in Texas in November 1861. As a teenager, he, like many young Texans, hired on for various cattle drives, pushing herds of Longhorns to Dodge City and Wyoming. Eventually Turner settled in Arizona Territory.

In time he established several cattle ranches in Cochise County. One ranch he owned, the T-4, was visited by Wyatt Earp. Turner and Earp, according to Jim Loushin’s grandmother, often met, and the two resumed their relationship years later in Los Angeles, where they lived close to each other. Turner attended Wyatt’s funeral in 1929.

Tom Turner was one tough hombre. When four Mexican thieves took his horses, he lit out after them. He recovered his stock, but it took a major gun battle to do it. He killed three of the rustlers. The fourth escaped his wrath.

Turner suffered a leg wound for his trouble. He rode into Willcox to report the incident and was surprised that the Justice of the Peace told him, “You committed a serious offense.” The JP, taking a page from the famous Texan Judge Roy Bean, fined Turner. The offense?

He let the fourth bandit get away!

The cost of the fine levied was Turner had to buy the town residents a drink. Turner obliged, even knocking on doors. It cost him $14.

His abilities were noticed by the Vail brothers, who owned the mammoth Empire Ranch. He was foreman in 1890 when the Vails, riled up by the fees imposed by the railroad, decided to drive a herd of 900 cows to California.

The trip, chronicled by Ed Vail, was dangerous and memorable, mentioning Turner, who often was credited with saving many cattle. The drive proved successful. The railroad subsequently removed the fee increase.

Turner became the first elected sheriff of newly formed Santa Cruz County. One of his first acts was to bring some law and order to Nogales. He entered the saloons and seized all firearms.

Santa Cruz County was every bit as wild and untamed as neighboring Cochise County (Tombstone). Traveling to Washington Camp, a make-shift prison, he witnessed one Andres Espiridion beating a Yaqui woman, Dionicia Mavante. When Tom and his deputy intervened, Andres challenged him. Error in judgment. Make that a fatal error.

There are many stories of Turner’s bravery while sheriff. Jerry Sheehy gunned down Richard Harrison. Harrison had a few friends who were about to dispatch their own justice, but Sheriff Turner stood them off and secured Sheehy in the Nogales jail.

Turner finished his term in 1904, a much-heralded lawman. He is prominently highlighted in the Nogales museum.

Tom and wife Mary settled in California. He kept his hand in the cattle business. Like his old friend Wyatt Earp, he lived long and died in 1937. Mary outlived him by 20 years.

Jim Loushin regaled me with his own stories. Time did not permit a full look, but Jim had plenty of adventures in the Air Force, including Davis-Monthan, manning the missile silos here. He also worked for gambling pioneer Bill Harrah. He contributed to the success of building the submarine “Louisiana,” the last of the Ohio class Trident series.

When in Da Nang Province, he was recruited to play catch with a bored Navy lieutenant. “He threw a football that dented my chest,” Jim told me. The lieutenant was Roger Staubach.

One good story always leads to another.

Scott Dyke is a Wyatt Earp historian and a Western writer, researcher, and lecturer. He can be contacted at: scottdyke65@gmail.com