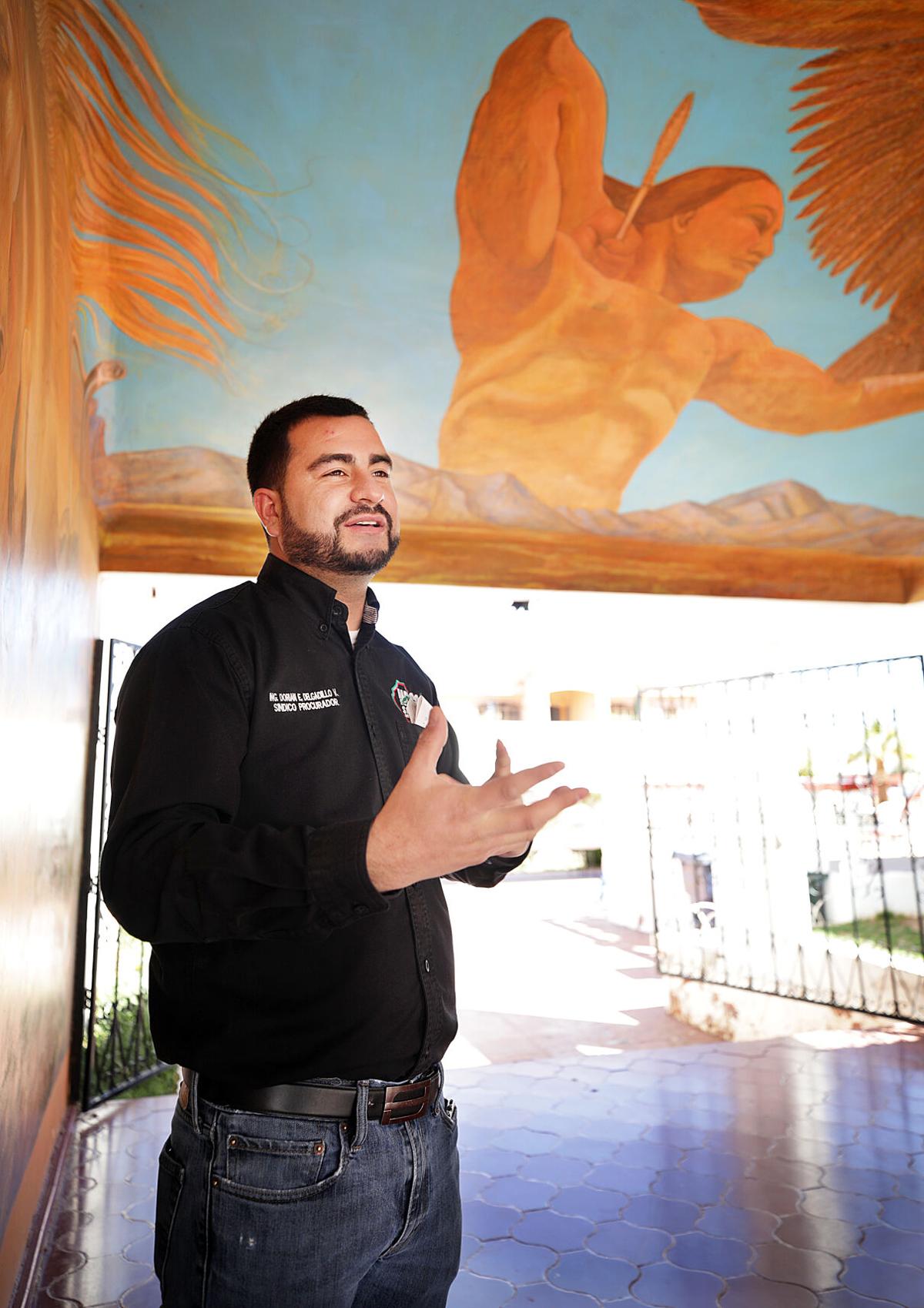 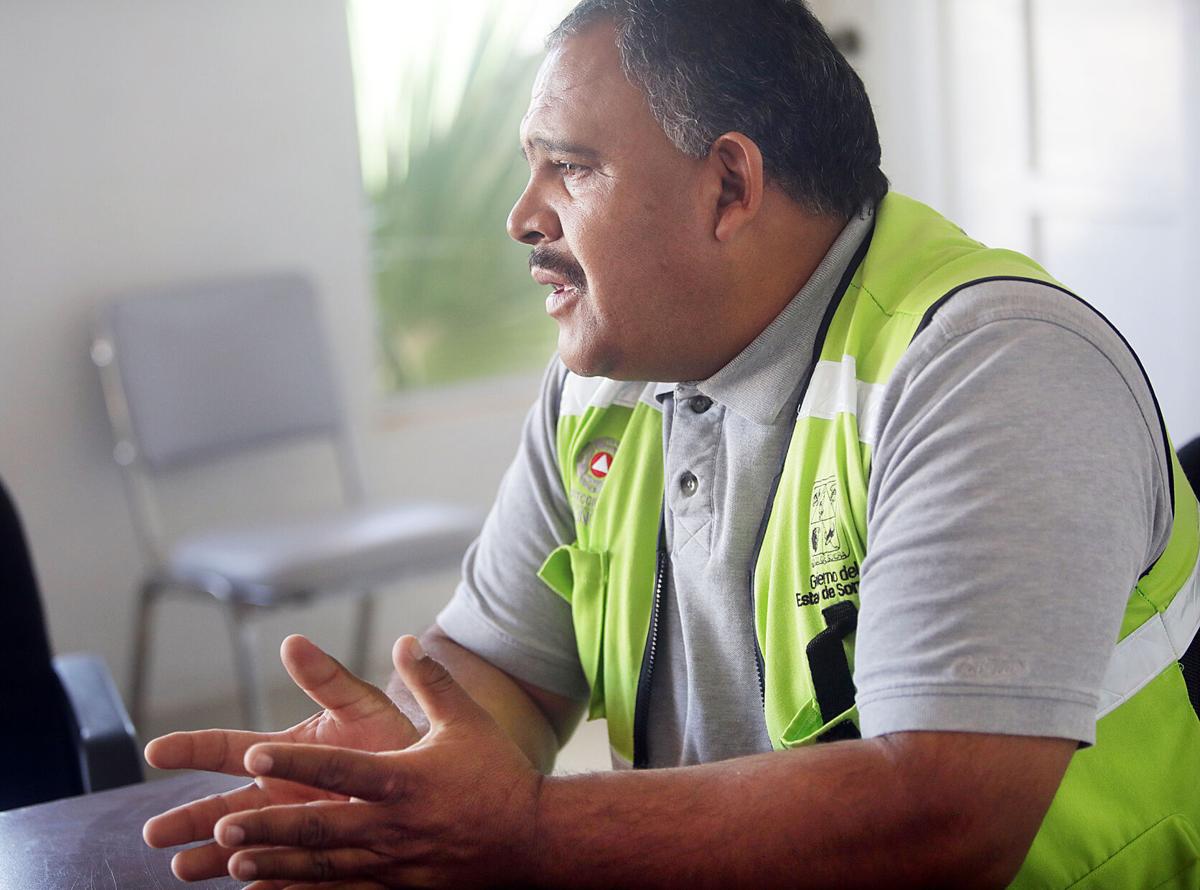 A hotel located in Naco, Sonora, where it’s been said people who cross the border have rented rooms.

A hotel located in Naco, Sonora, where it’s been said people who cross the border have rented rooms.

NACO, Sonora— While the number of single migrant adults and unaccompanied migrant children continued to swell at the border in the Tucson sector and the rest of the Southwest in March, officials in this small border town say they occasionally see small groups attempting to cross over into the United States, often unsuccessfully.

If anything, said Naco, Sonora, Vice Mayor Dorian Eduardo Delgadillo, the U.S. Border Patrol is catching and repatriating more undocumented migrants trying to slip into Arizona than those who are actually making it through undetected.

The migrants they are seeing in this town of about 7,000 people most often are Mexicans from other parts of the state of Sonora trying to cross the border, said Francisco Raul Corona Cornejo, the municipality’s coordinator for civil protection.

One of the challenges faced by Naco officials is that once the undocumented migrants are stopped at the border and kicked back into the town, they are often in need of some type of assistance before they can head back to the areas they came from, Corona said.

“The protection and vigilance in this area on the border is very strong,” Corona said Friday. “But we will see small groups of Mexicans from other areas coming through occasionally and we do help them out at the fire station. We have room there for about five or six people.”

Corona and Delgadillo said they do not see large groups of undocumented migrants flowing through Naco because the migrants know there are no facilities for shelter or services for extended periods.

Some of the motels at the edge of town on the way to the larger city of Agua Prieta will see some business in the form of undocumented migrants who will stay in a room for a night or two, the two officials said. One of the more popular establishments is the Hotel California, a lime-colored, run-down inn where often single adults are seen standing outside the rooms with backpacks.

While Naco is not currently a hotbed of undocumented migrant activity, the number of migrants flowing through the Southwest border — including unaccompanied children— continued to skyrocket in March, based on figures released by U.S. Customs and Border Protection.

In the Tucson Sector — which includes Cochise County — there were “encounters” with 7,079 unaccompanied migrant children in March. That’s up 83 percent from March 2020, when authorities encountered 3,859 unaccompanied youngsters.

The encounters with undocumented single adult migrants in the Tucson Sector were even more significant with 68,436 last month, compared to 21,189 in March 2020.

According to an article in the Los Angeles Times this week, there are more than 20,000 migrant children being held in federal facilities in the U.S. A small fragment of those minors are in Benson inside a former Days Inn motel managed by Arizona-based company VisionQuest National LTD, a federally-funded facility. One of those youngsters bolted from that facility on Thursday but was immediately stopped by Benson Police, officials said.

Cochise County Sheriff Mark Dannels, who arrested a Phoenix man on Wednesday who was driving with four undocumented migrants off State Route 92 in Hereford, and who with other border sheriffs has been has calling on the Biden administration to visit the Southwest border, met with new Secretary of Homeland Security Alejandro Mayorkas on Thursday and laid out the situation.

In a short phone conversation with the Herald/Review Friday afternoon, the sheriff said he and his counterparts from other border areas had a “very candid and passion-driven” talk with Mayorkas.

Dannels said he could not reveal the gist of the session, but on the Cochise County Sheriff’s Facebook page, he stated “The purpose of this closed door meeting was specifically to discuss the current crisis at our southern border and resulted in direct and candid dialogue between sheriffs and the secretary referencing the many challenges sheriffs and communities are facing as a result of changes in policies and programs along the Southwest border.”

The sheriff said, “It was agreed upon by the secretary and sheriffs to continue weekly meetings with hopes of enhancing communications and developing collective efforts for the good of our communities.”

Additionally, incoming National Sheriff’s Association President Vernon Stanforth of Ohio made a formal request to Mayorkas that Dannels be reappointed to the Homeland Security Advisory Committee to allow for better collaboration between frontline public safety personnel working directly on the border and the administration.

On March 26, Mayorkas fired about 30 members of that advisory panel, including Dannels.

On the Facebook page Dannels also said, “I feel that this meeting was the first of many to come with the test being Time and Reasonable Action in bringing relief to our southern border. We appreciated the opportunity to meet with Secretary Mayorkas and we look forward to strengthening that relationship in the future.”