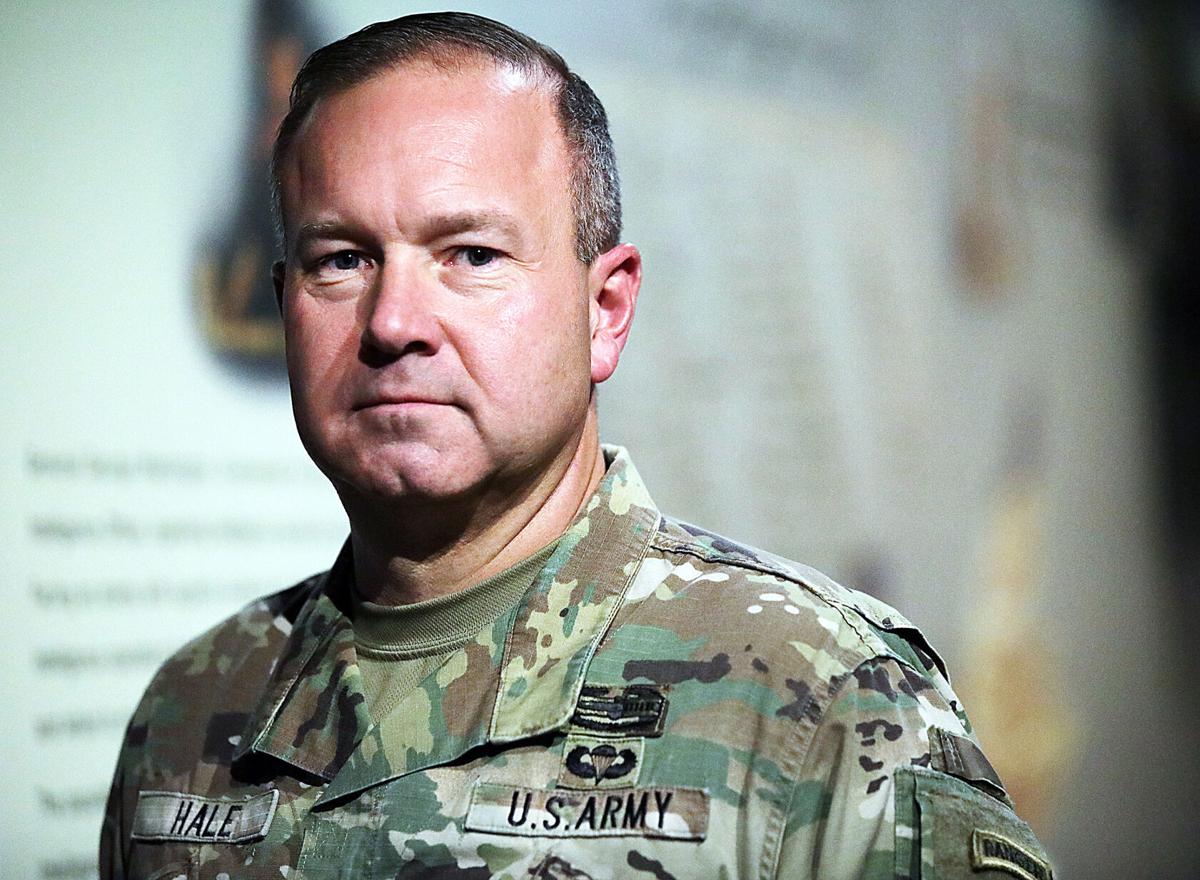 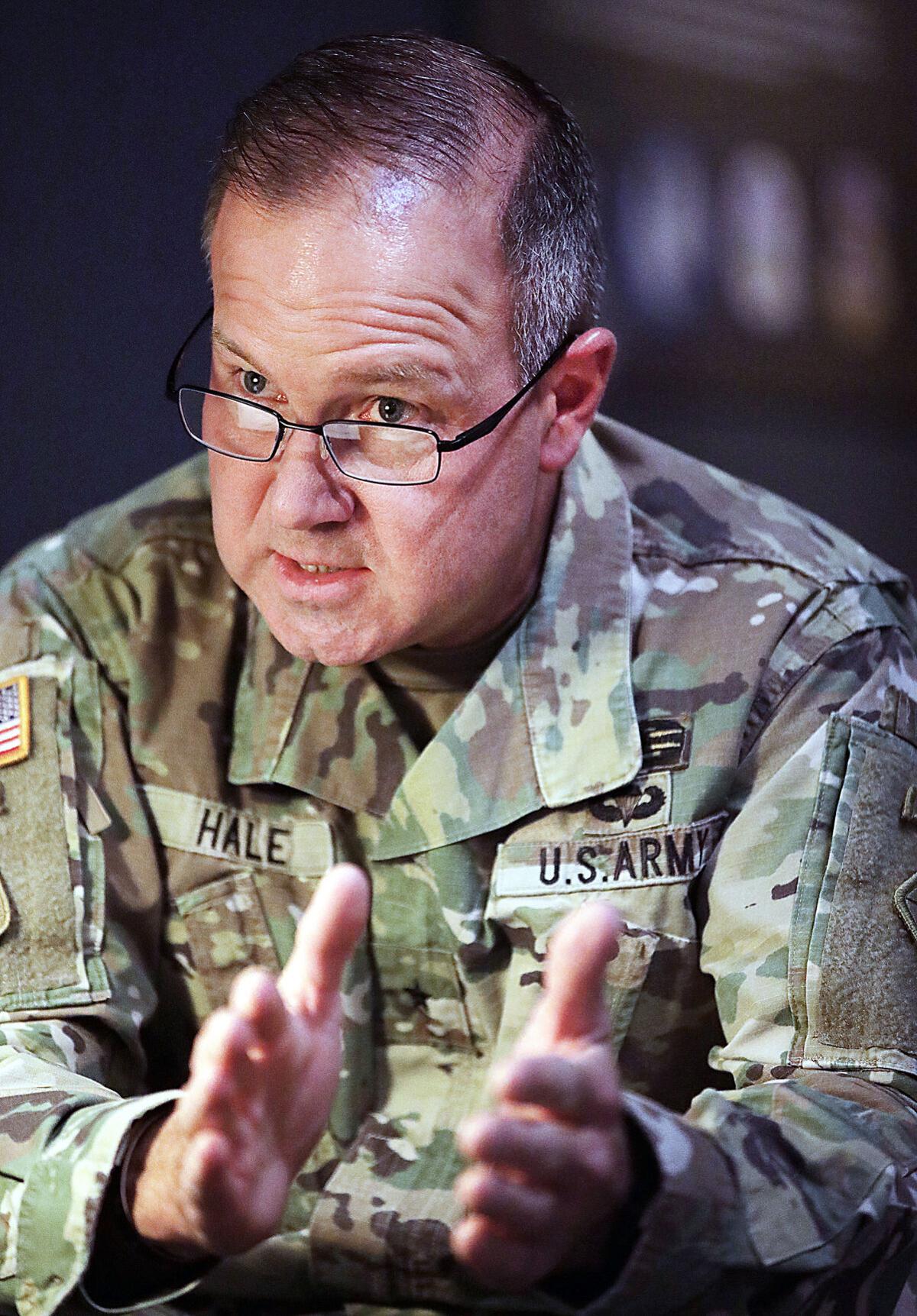 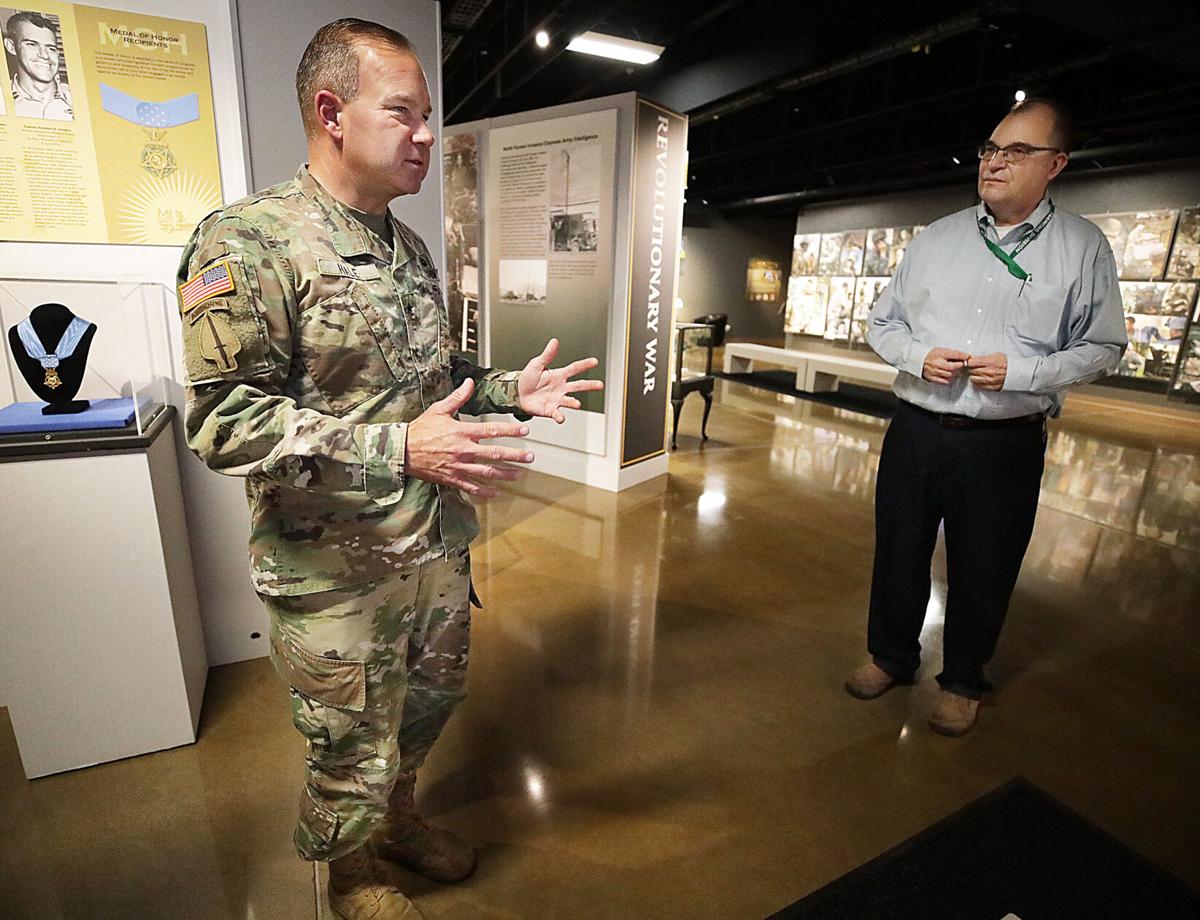 FORT HUACHUCA — Now in charge of the post where he trained almost three decades ago, the new commanding general at the U.S. Army Intelligence Center of Excellence and Fort Huachuca, is getting reacquainted with the sprawling installation and the city of Sierra Vista.

In a question and answer session with the Herald/Review, 52-year-old Brig. Gen. Tony Hale talked about his first two weeks at Fort Huachuca and his vision for the installation, as well as his leadership style and a boxer puppy named Bailey that he and his wife Stacey are totally smitten with.

Herald/Review: Why did you join the military?

Gen. Tony Hale: “I had a close relationship with my grandfather. He actually lived in our back yard. He was the only brother of four who did not serve in the military. But he was a servant in his community. He was a rural postal carrier. He had a community garden and he gave all the vegetables away to people in the community. It was an act of service. as iI got to know two of my uncles who were in the military for 20 plus years — one was a senior officer, the other a senior non-commissioned officer — they told me about the life the military gave them. They talked about traveling around the world, about serving their country and the opportunities for education.

“One of my uncles said. ‘Hey, you might want to look at military intelligence. You can do a lot of things after you serve in the army with your intelligence background.’ I grew up with old fashioned work ethics. I knew i didn’t want to stay in rural North Carolina. I knew I wanted an education and the Army has given me a great life for me and my family. I have visited over 65 countries in my military career. I knew I wanted to see the world. I knew I wanted to serve, and the Army has afforded me all those opportunities.”

HR: What are two of your main goals for Fort Huachuca?

TH: “To build leaders and to drive change in how we train our soldiers, the modernization of our equipment and what we will need to compete with our adversaries.

“The Army is working hard right now against suicides. Suicides are five times higher right now than they were about five years ago. We’re also working hard on (preventing) sexual harassment, sexual assaults. You have to be an engaged leader to know what your soldiers are dealing with.”

HR: Why is suicide so high right now within the Army?

TH: “There are a lot of challenges our soldiers and commissioned officers are dealing with right now. You look at what’s happening in the world. We’re still in Iraq and Afghanistan, so we have deployments. We have challenges within the United States with diversity and inclusion, to include riots across the country. We have stress on families due to the pandemic. A lot of these challenges, these issues build up over time.

“A lot of people think that they’re only resort potentially is to end their life, which is absolutely wrong. You don’t want to take a decision that is final, for a temporary problem.

“Soldiers, soldiers’ leaders, the first-line squad leaders, the non-commissioned officers, have to know their soldiers in order to understand what problems they’re dealing with. But they also have to understand what kind of help is available for them. Whether it’s the unit ministry teams, whether it’s the military family life consultants, behavioral health or mental health consultants, sometimes a soldier doesn’t want to reach out because they think they maybe penalized or looked upon differently for saying, ‘I have an issue that I need help dealing with. We have to be caring and compassionate and we need to really understand all the issues that our soldiers could be dealing with. We have to look for those red flags.”

HR: How would you describe your leadership style?

TH: “It was ingrained into me that ‘mission first, people always. You have to be caring and compassionate. You have to know your soldiers in order to lead them. One of my mentors, General Stanley McChrystal, said, ‘You have to be micr-engaged.’ That’s not micro-managing that’s knowing your people, being engaged with them.

HR: What have your first two weeks at Fort Huachuca been like?

TH: “I’m drinking from the firehose. It’s been a while since I’ve been to For Huachuca. My last five years have been in special operations command or being deployed. My team has been doing a really good job getting me back to speed on what the military intelligence core is doing now and where we need to go in the future. I’ve been visiting intel center programs and installation programs.

“I’ve been getting to know the people of Fort Huachuca and getting out in Sierra Vista and seeing how things have changed since I was here before. I was last here in 2014, but only for a week. I was here for the Captain’s Career Course in 1995 and then for the officer basic training in 1991. There has been a lot of time in between and a lot of great changes for Fort Huachuca and the city of Sierra Vista.

HR: What was your reaction when you were told you were becoming the commander of Fort Huachuca?

TH: “That’s funny! I said, ‘Wow!’ Thirty years ago I would never have imagined myself coming back to Fort Huachuca...This is the best little installation in the Army. As you look at what Fort Huachuca does for the state of Arizona, the highest economic impact of any organization or company in Arizona is Fort Huachuca. I think it’s like $2.83 billion is what we bring into the state’s economy every year.

“When I ride around the post I just see pride in the Army. This is the uniform of the best team in the world. We have a superb mission here. “

HR: And finally General, what do you like to do for fun?

TH: “I told myself that if I came to Fort Huachuca, I would play a little more golf. But I haven’t swung a golf club in five years, so I probably won’t be very good. My wife and I just got a puppy. We love our puppy Bailey and we like spending time with her. But my wife Stacey and I really like to travel and we have not been out at the edge of the frontier, so we’re looking forward to traveling a little bit, going out and exploring, hiking. Going out and exploring Bisbee, Tucson and other places. Just being in the west here and getting more into the western country to travel. We’ve seen beautiful sunsets and beautiful sunrises. We look out the window and see the mountains.”