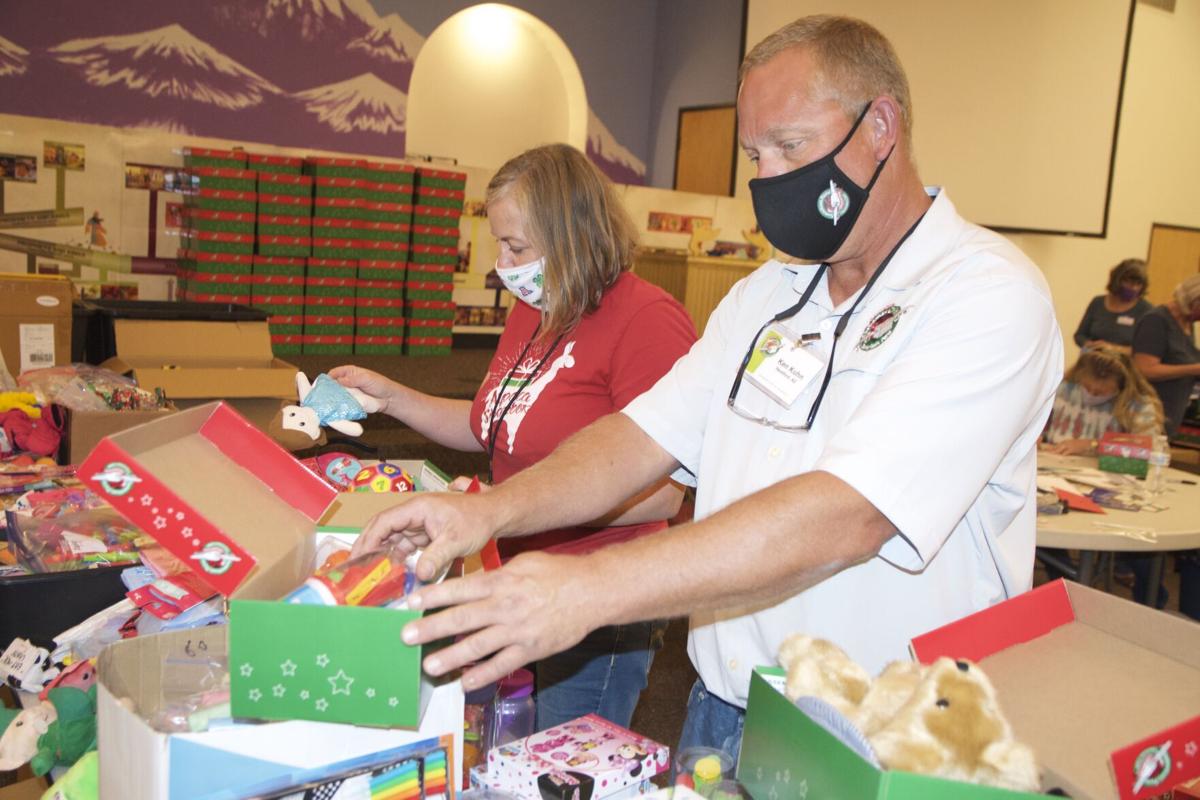 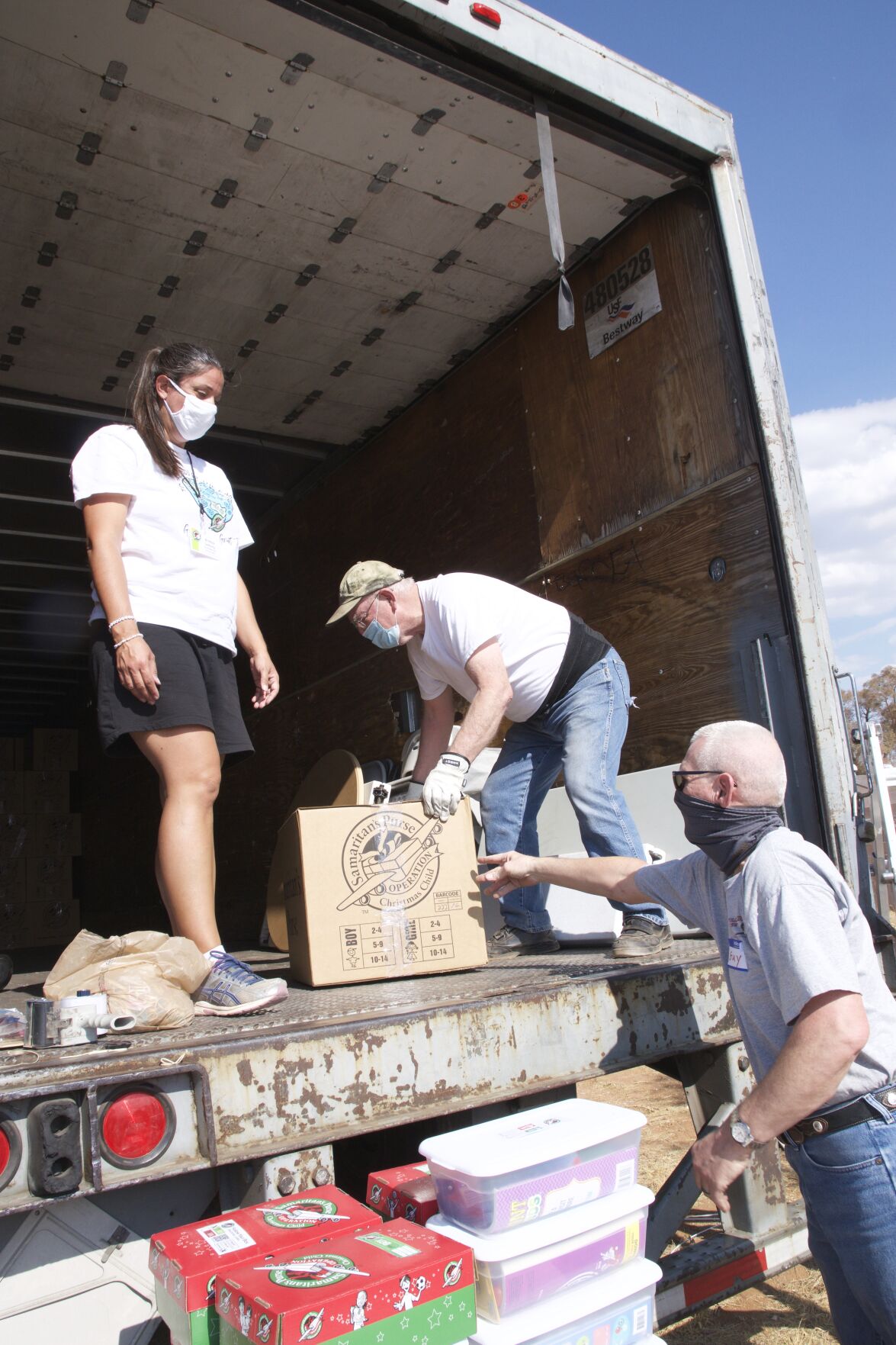 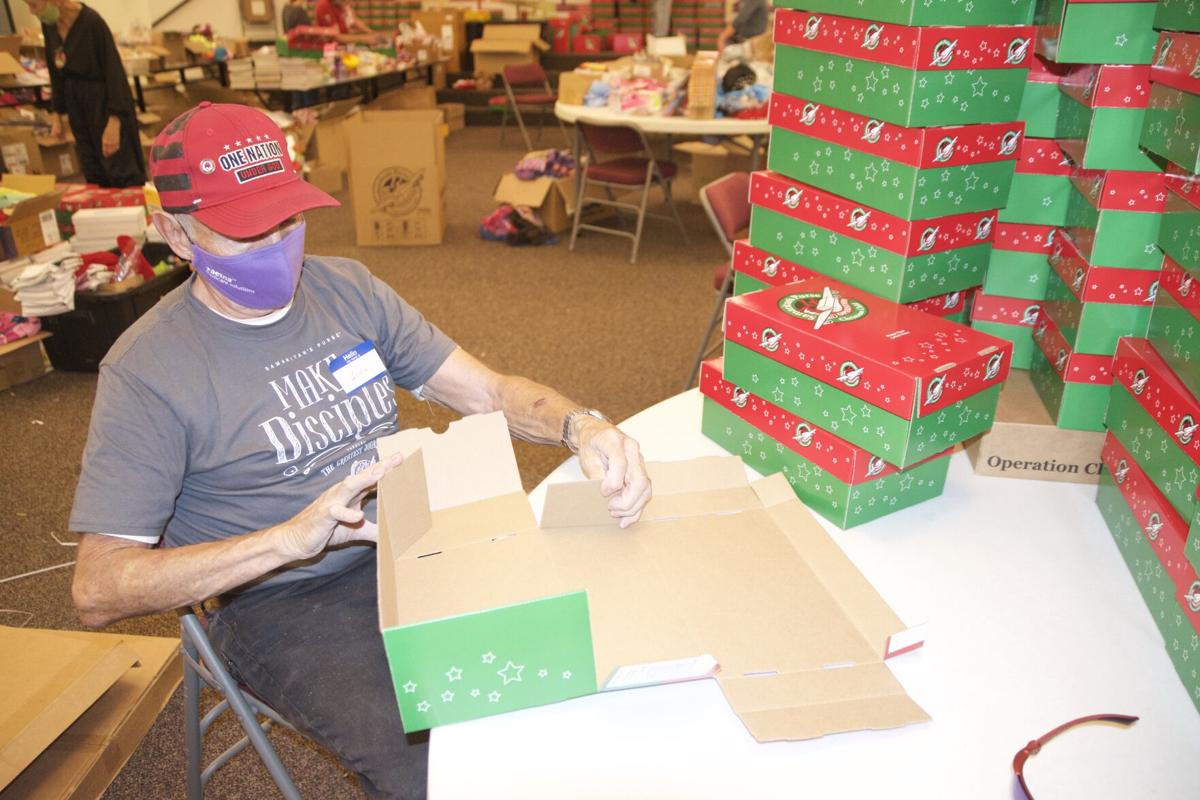 SIERRA VISTA — Calvary Chapel of Sierra Vista has been buzzing with activity in recent days as groups of volunteers gather to help with a major packing project.

Located at 1155 E. Wilcox Drive, Calvary is the Southeast Arizona central drop-off location for thousands of gift-filled shoeboxes destined for impoverished children all over the world.

About 100 churches from Cochise, Graham and Greenlee counties will be delivering cartons of gift-filled shoeboxes to Calvary Chapel through Monday. For the past few days volunteers have been loading cartons onto a waiting semi truck. On Tuesday, the truck will head to a processing center in Orange County, California, with an estimated 10,000 boxes collected from this area. Once at the processing center, the boxes will be inspected by volunteers before they’re shipped out to designated locations.

“Typically, the shoeboxes from Southeast Arizona go to the Pacific Islands, Philippines and Mongolia,” Kuhn said. “Some of our boxes have also been distributed to Native Americans in this country.”

The shoeboxes are filled with such items as school supplies, hygiene products, flashlights, socks, hair ties, T-shirts and toys.

With similar collection projects happening all over the United States and other countries, Samaritan’s Purse hopes to collect 11 million shoeboxes for its 2020 global distribution. The 2019 campaign collected 10.5 million.

“My wife and I have been participating in OCC for 10 years, and we’re always so impressed by the way this project comes together,” said Steve Letterly. “It grows more every year.”

This marks Roger Lundin’s 12th year as an OCC volunteer.

“My church collects items for this project year round,” he said. “And we have a women’s sewing group that makes all kinds of special things for the boxes. I think it’s a great project.”

Along with the gift items, children receive a small booklet about Jesus, written in the child’s language.

“It’s the most important part of OCC’s campaign,” Byron Davis said. “The gifts are wonderful and the children are thrilled to receive them, but being able to reach millions of children with the message of Jesus Christ is the best part of all of this.”