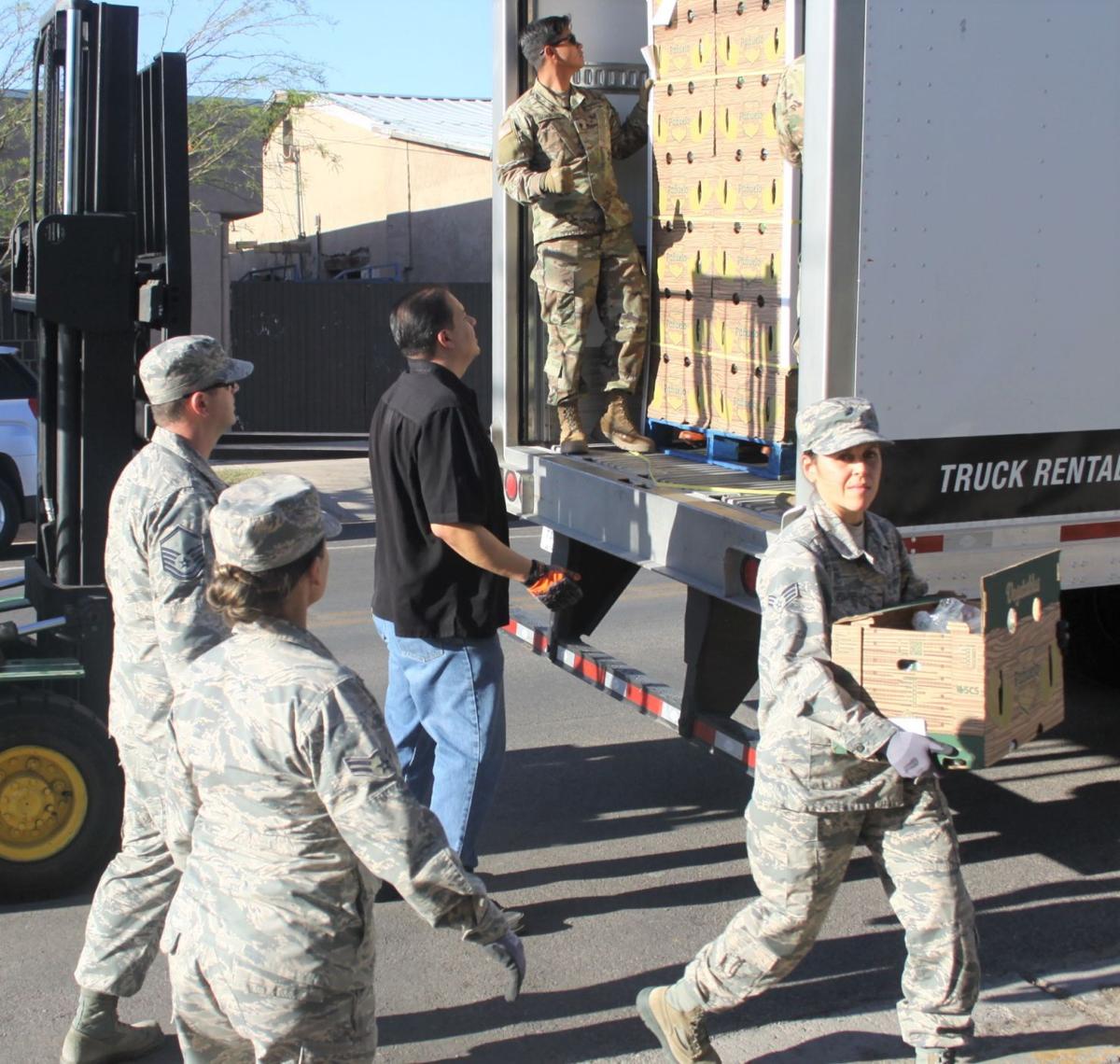 Soldiers from the Army and Air Force National Guard were in Douglas earlier this year to drop off produce to the Douglas Food Bank. Feeding America estimates 19% of children in Arizona in 2018 were food insecure, which could jump to 28.7% this year as a result of unemployment and poverty driven by the pandemic. 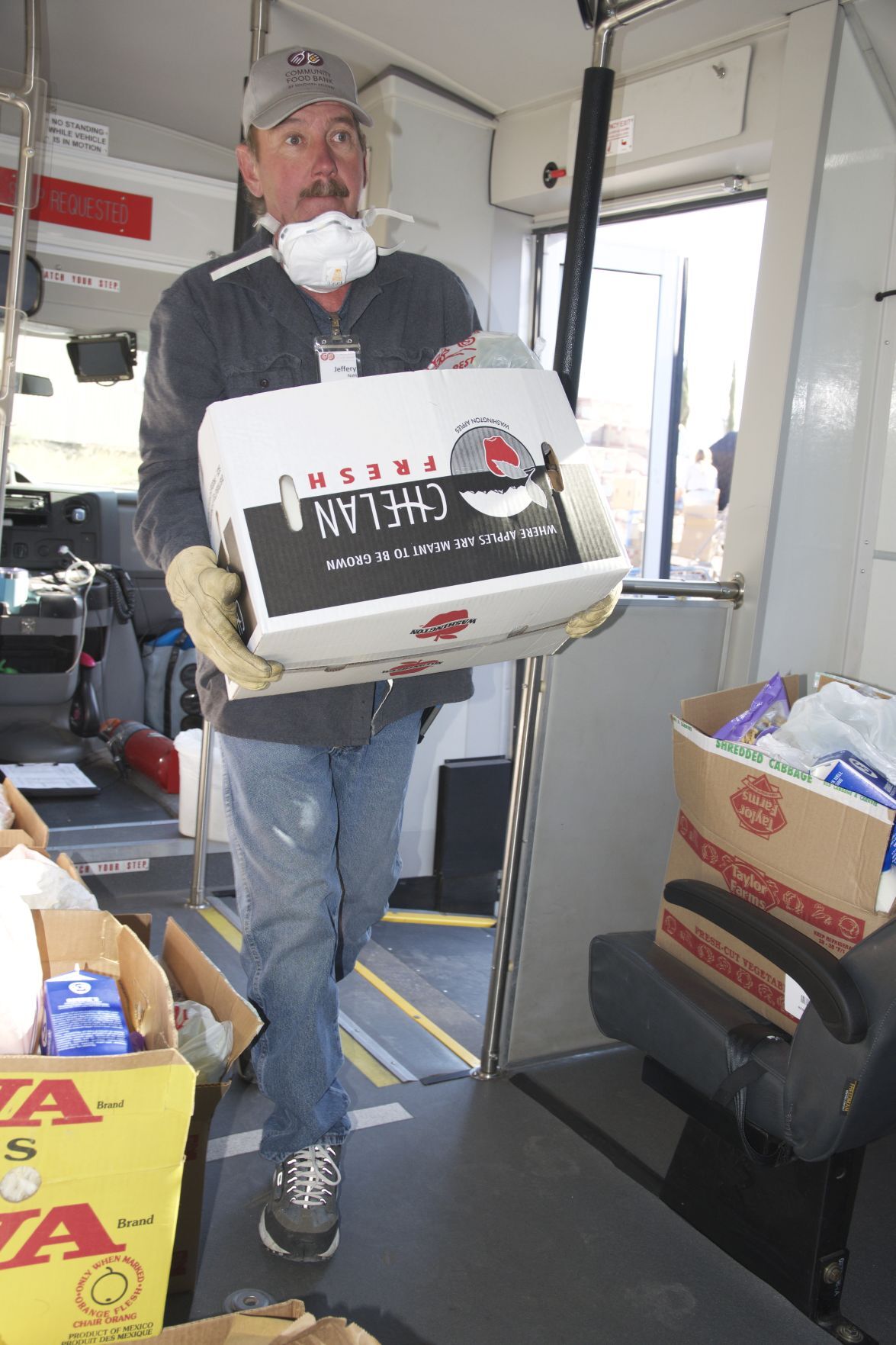 Soldiers from the Army and Air Force National Guard were in Douglas earlier this year to drop off produce to the Douglas Food Bank. Feeding America estimates 19% of children in Arizona in 2018 were food insecure, which could jump to 28.7% this year as a result of unemployment and poverty driven by the pandemic.

WASHINGTON – Advocates fear that years of steady improvements in the level of “food insecurity” among Arizona children could be reversed this year by the economic toll of COVID-19, a shift that could have long-lasting effects.

The group Feeding America estimated that 19% of children in Arizona in 2018 were food insecure – defined as lacking consistent access to enough food for a healthy, active life. That number could jump to 28.7% this year, the group estimates, as a result of unemployment and poverty driven by the pandemic.

Reports from officials on the ground seem to back up those estimates.

“We’ve had an increase in numbers, and we worry about making sure everyone gets something,” Foster said. “We give out what we got until it’s gone, even if it is a couple items.”

Apache County has been one of the hardest hit. According to Feeding America’s estimates, Apache County’s food insecurity rate could hit 44.1% this year, which would be 26th highest among counties nationwide. La Paz County could hit 42.5%, or 49th highest in the country, according to Feeding America, which based its estimates on projected changes to poverty and unemployment rates.

Angie Rodgers, CEO and president of the Arizona Food Bank Network, said that the 1,000 food banks in her network saw about 450,000 visits per month before COVID-19, but that jumped as much as fourfold for some facilities at the beginning of the pandemic. And the increase in demand has come in waves.

“It absolutely has changed and it hasn’t just changed once,” Rodgers said.

The Community Food Bank of Southern Arizona has seen demand level off since an initial spike at the outset of the pandemic, but officials there are not optimistic they have seen the worst of it.

“We are not encouraged by what we are seeing,” said Norma Cable, public relations and marketing specialist for the bank, adding that officials there are just waiting for what happens next.

Still, an estimated 26 million to 29 million adults nationally reported that members of their households “sometimes or often did not have enough to eat during the first few months of the COVID-19 pandemic,” according to the Food Research and Action Center.

“People on the lower end of the income scale have certainly had it worse, but the Black and Latinx communities have been disproportionately affected,” said Luis Guardia, president of the Food Research and Action Center.

COVID-19 has “exacerbated the inequalities that have already existed,” said Suma Setty, senior research associate at the National Center for Children in Poverty.

Rodgers is among those who worry that a sudden rise in food insecurity will affect children in both the short- and long-term.

“If you are constantly in this state of famine, that is a stressful environment to put your body through,” Rodgers said. “About half of the folks that visit food banks are households with children,”

Kelley Murphy, director of early childhood policy for the Children’s Action Alliance, said a lack of proper nutrition can create “growth and development issues” for children. And for parents who forgo meals so their kids can eat, it can cause childhood anxiety, reshaping attitudes toward food.

“We have seen impacts across all our childhood populations. It’s impacted everyone,” Murphy said.

Irene Burnton, professor of practice at the School of Social Work in the Watts College of Public Service & Community Solutions at Arizona State University, said that if a child is growing up in a household that does not have ready access to necessities like food, there comes a feeling of fear and instability.

“When we look at early childhood development, the child’s brain is being formed by the experiences they are having,” Burnton said.

And, the experts say, hunger can affect almost every other aspect of family life in the short-term as well.

“If you are hungry you have one problem. It is hard to get past that to consider other problems in your life,” Rodgers said.